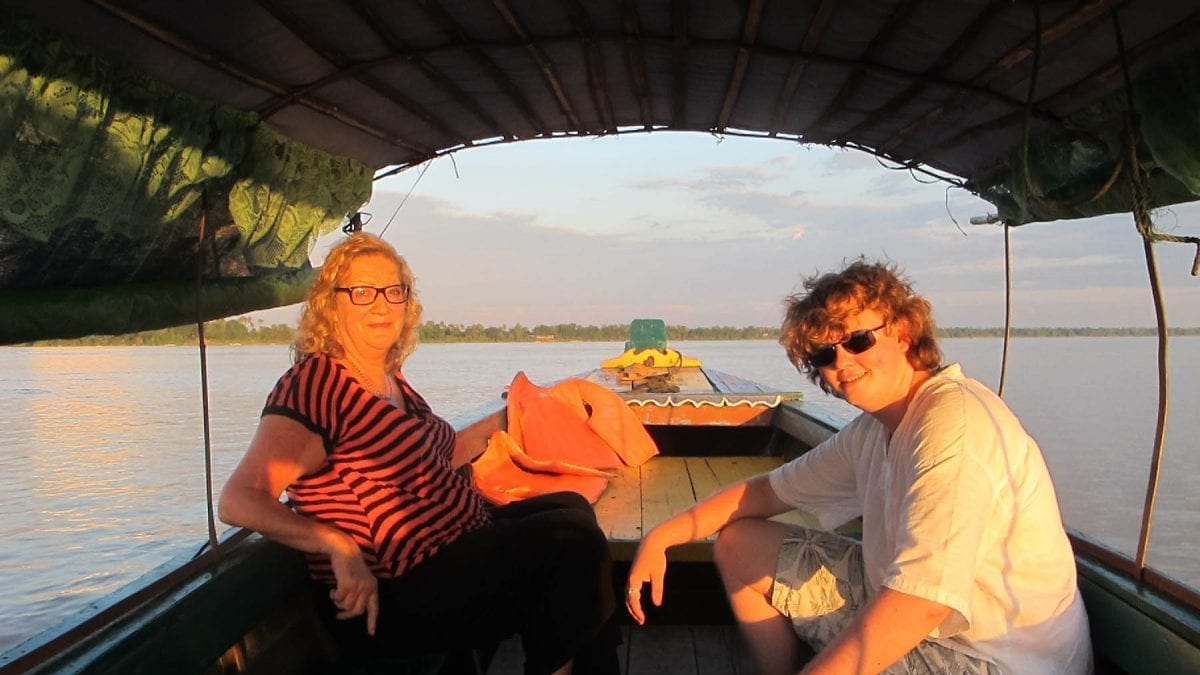 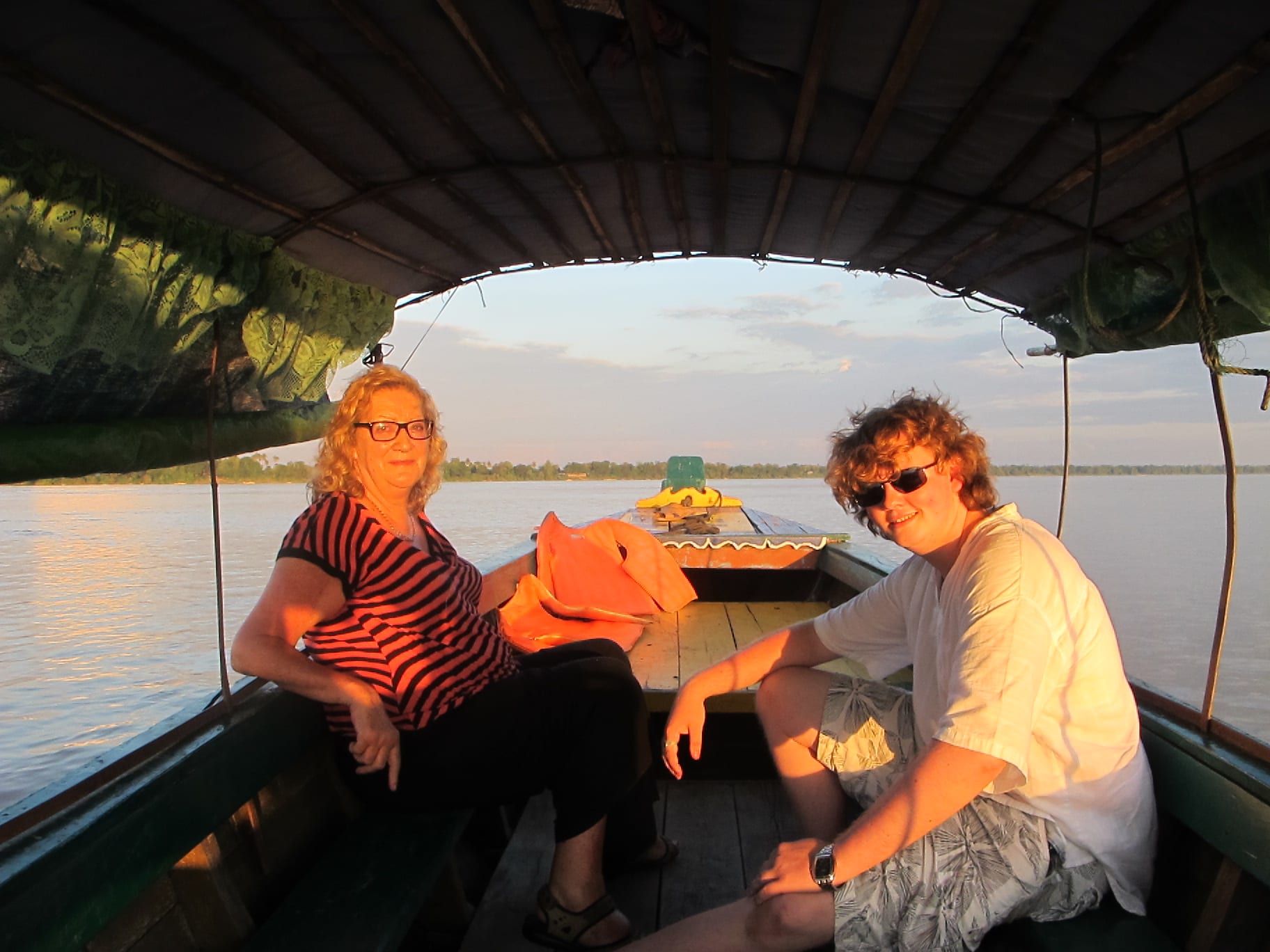 Dolphins, ibises, butterflies and elephants: Mark Bibby Jackson discovers that slow tourism is mandatory when communing with nature in Cambodia’s wild side.

The Irrawaddy Dolphin is one of the most endangered species on the planet. According to Gordon Congdon, Freshwater Conservation Manager for World Wildlife Fund, there are probably less than 100 dolphins left in the Mekong River from Kratie Province to southern Laos. Most of these seem to congregate around the Kampi Rapids some 15km north of the town of Kratie.

Hire some bicycles and ride to the rapids along the dirt road heading north. So long as you keep the river on your left, you really can not go too far wrong. You know you have reached your destination when every villager seems to be selling wooden replicas of the freshwater mammal.

A ride on one of the boats to the rapids costs is per person regardless of the number of passengers, so you might as well book a whole boat for yourself. As you approach the dolphin pool, make sure that your boatsman turns off the engine and drift towards your prey. Now banned from using the gill nets, in which dolphins used to become ensnared, many former fishermen rely upon boat trips for their income.

The best time to visit Kampi is during the dry season or early wet season when there is less water for the dolphins. Time your trip for late afternoon and then enjoy a beer on the banks while watching the sun set over the river.

Wild Side: Butterflies of Angkor

Sunrise before the reflection pool at Angkor Wat followed by a whistle stop tour around the temples that concludes with sunset on Phnom Bakheng – sometimes there doesn’t seem enough time to do Cambodia’s major tourism destination justice.

Forget all that rushing around and get far away from the madding crowds. Well not that far as Bantrey Srey Butterfly Centre (BBC) is only an Angkorian stone’s throw away from the temple of the same name.

Established by a Scottish butterfly expert some two years ago, BBC has over 1,000 butterflies native to Cambodia. Staff will take you through the whole butterfly process from egg to butterfly, including special cages that contain the pupa.

Money raised from tourists coming to the site helps to fund the 18 farmers employed by the centre in six villages within the Angkor complex, who harvest the butterfly eggs.

Many places offer volunteerism, but how many allow you to take a bath with an elephant. A sanctuary for domestic elephants set up by Englishman Jack Highwood, the Elephant Valley Project has seven elephants living permanently at the centre as well as many others hired for a month or two while they receive some veterinary care. All have been highly abused.

A bumpy moto-dup ride from the Mondulkiri provincial capital of Sen Monorom, the sanctuary doubles up as an eco-resort. Volunteers can stay in the eco-lodges while taking part in the project’s activities, such as planting banana trees, clearing paths, constructing paths and washing the elephants.

Highwood has a strict policy prohibiting any riding of the elephants, which he believes causes them harm. Instead, in the afternoon, visitors take a leisurely stroll to a nearby pool where the elephants cool down in their natural environment and, if you get close enough, spray you with water.

Both day and half-day can be booked through the Bunong Centre in Sen Monorom. Longer stays can be arranged through the Elephant Valley Project’s partner organisation, Globalteer.

For the ultimate in slow tourism, get well and truly off the beaten track in Preah Vihear Province. The sleepy village of Tmatboey is also one of the few remaining nesting grounds for two of the world’s most endangered species – the giant ibis and the white-shouldered ibis. Once found from Malaysia to the Chinese border, both birds are now critically endangered.

The centre was established by the World Conservation Society (WCS) as a community ecotourism project. In return for helping preserve the birds’ habitat, WCS provides the local community with money to help fund local projects. This money is collected from an agreed donation from birdwatchers staying at WCS’s guesthouse on the edge of the village.

Set off with your guide in the late afternoon sun for one of the bird-watching huts in the nearby grasslands, and wait for the critically endangered birds to make their appearance. And wait some more. Remember, this is really slow tourism. Eventually the skies will darken as the large birds swoop in to take their roost on the tall, bare trees in the distance. Then as quick as they arrive the birds take flight again. It is a magnificent spectacle.

Visits to Tmatboey need to be arranged in advance with the Sam Veasna Center. For more information visit: www.samveasna.org.