Apart from the backpacker nirvana of the 4,000 islands, most bypass southern Laos. They may be missing out on the beauty of nothing. Words and photos by Mark Bibby Jackson. 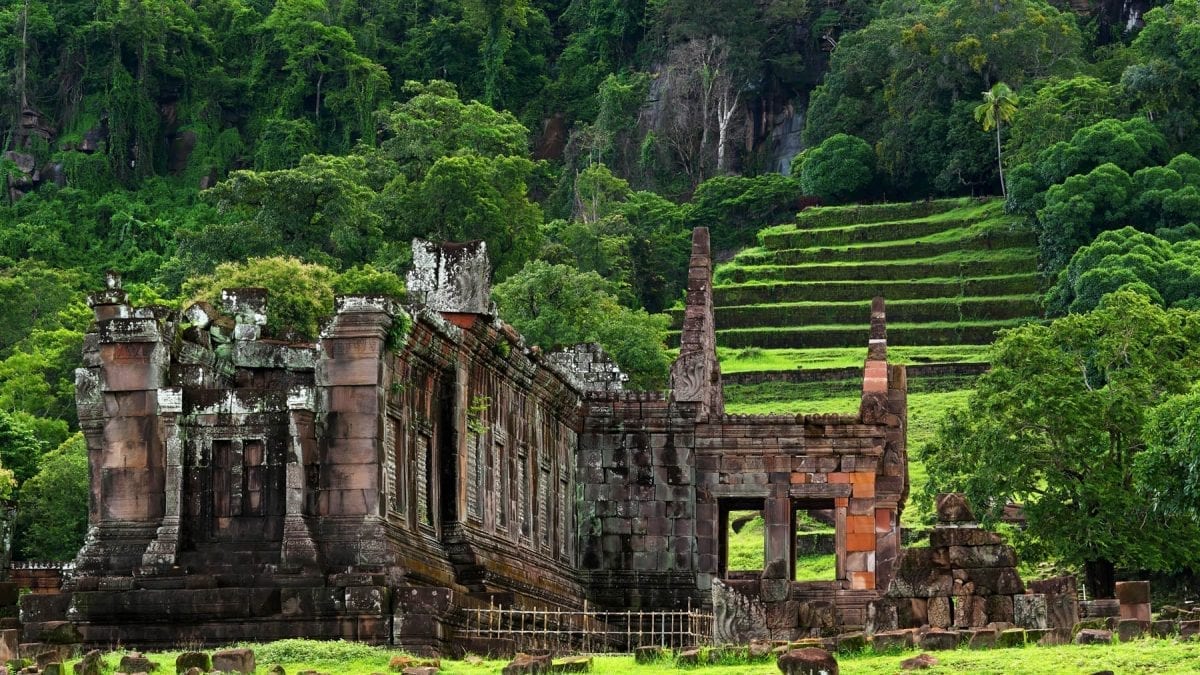 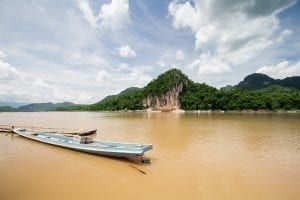 The more I travel, the more I come to appreciate the beauty of less. It is many years now since the Lonely Planet books helped to achieve precisely the opposite, with majestic temples becoming virtual ‘no go’ zones as tour groups drown out the silence that used to deafen visitors and previously deserted beaches are overrun with tourists seeking a solitude that has long since elapsed. This is why we should value the tranquility we do encounter all the more.

A boat trip along the Mekong river in southern Laos is one such experience. Nothing much has changed here in centuries and it’s unlikely to do so in the near future. Lie on a deck lounger, pick up a paperback and watch the banks drift past, interrupted by occasional settlements and water buffaloes dousing themselves to escape the midday heat.

Our trip started with a two-hour drive from Pakse through some pretty uninspiring countryside. Here farmers grow only one rice crop a year and by the end of dry season, everything is scorched. This is not a word to apply to our first port of call. 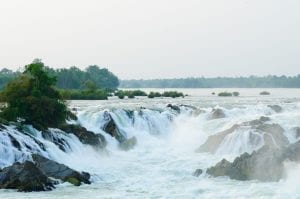 The Pha Pheng waterfalls are the largest in Southeast Asia. A kilometre wide in the wet season and 15 metres high, it is not without reason that they are dubbed the ‘Niagara of the East’ in travel literature. Even at the tail-end of the dry season they make an impressive sight.

From here it is a short boat ride to the 4,000 or so islands that nestle in the Mekong’s waters, just north of the Cambodian border. Recently the islands have attracted backpackers following the river through Cambodia and up to idyllic Luang Prabang. The islands are full of bare-shirted travellers cycling along paths through the tiny villages.

In colonial times, boats would dock at the small island of Don Det and transfer their loads to the railway that linked it with the main island of Don Khone. Abandoned once the French left the country, the only sign of the line is a locomotive left stranded on the island and now enshrined as one of the archipelago’s major tourist attractions. This is no Disneyland. 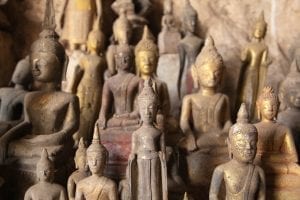 It takes some two-and-a-half hours to motor up-river to the Vat Phou Cruises boat that will prove our home for the next two nights. As the small boat snakes its way across rapids and through a series of inlets, fishermen stand waist high in the shallow waters. Young boys sit perched on the top of the navigation poles constructed by the French to guide vessels through the hazardous waters.

Part of the draw of the Vat Phou Cruise is sleeping on board. As we slowly chug our way against the current we have ample time to take in the small villages spilling down into waters, groups of water buffaloes crowd around sandbanks, and small children splash around in the river. It also allows us to settle into the timeless pace of life on the river.

Visiting the village of Deua Tia, we enter a time warp that does not belong in the 21st century. A primary school, occasional vegetable patches and a solitary pig vie for our attention. Back on the boat for some more Laos-time acclimatisation, we pull into harbour at the village of Tomo — home of the ancient ruins of Oum Muong that date back to the 9th century.

Those familiar with Hindu sites from India to Vietnam will recognise the hallmarks — piles of laverite that used to be a temple, ornate carvings of divinities etched in sandstone, occasional boasting linga. Wandering back through the protected forests that surround the ruins, you realise that not much, if anything, has changed in the 1,000 or so years since people started to worship gods here. As the sun sets we don our bathers and join the local villagers taking a swim in the Mekong’s cooling waters — the perfect end to a day of doing nothing. 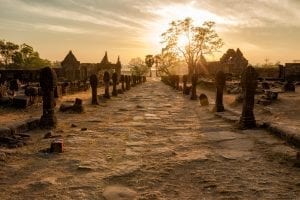 A few kilometres upstream from Oum Moung lies Vat Phou. The historic site dates back to the 5th century, although the structures now standing belong to the Angkor era of the 11th to 13th centuries. It is our final destination and the highlight of the trip.

Passing between the complex’s two reservoirs, or baray, it is easy to see why Vat Phou literally means mountain temple. The 77 steps up to the main sanctuary prove quite a hike. Just like at Angkor across the border in Cambodia, restoration work is being carried out to preserve the temples. Blocks of stone are numbered and reinstated in their former positions. Carvings of Shiva, Vishnu and Apsara dancers abound, but in nothing like the detail or scale of its more famous Khmer cousin.

What Vat Phou does have, and most likely the reason why a sanctuary to Shiva was founded here in the first place, is an eternal spring. Even in this barren terrain, water trickles down from the mountain into a waiting trough for modern day pilgrims to purify themselves.

Human sacrifices are said — though not proven — to have been carried out on a rock shaped like an inverted crocodile. But far above disputed legend, Vat Phou’s main draw is the magnificent view from the top, something that makes the ascent worthwhile.

Back on the river, we decamp to a smaller boat that is waiting to take us back along the shallow waters to the town of Pakse. We play tag with the next group of travellers who have already taken up occupation aboard. Nothing happens on our final voyage, but that after all is the beauty of southern Laos.

Things to Do in Hanoi in 48 Hours