Although Phu Quoc and Mui Ne have developed a reputation as beach escape of choice for those looking to escape from Ho Chi Minh City, the former penal colony of Con Dao has much to offer intrepid travellers.

Travel Articles > Travel Destinations > Con Dao: Beneath the Charm Lies a Brutal Past 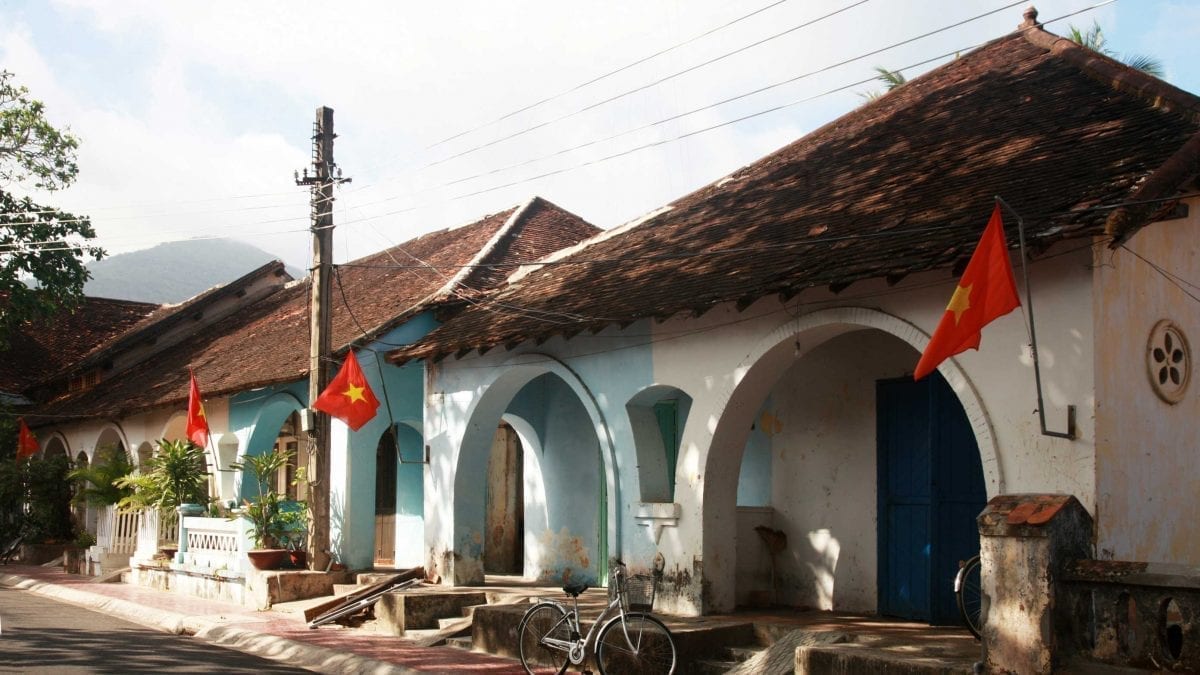 Although Phu Quoc and Mui Ne have developed a reputation as beach escape of choice for those looking to escape from Ho Chi Minh City, the former penal colony of Con Dao has much to offer intrepid travellers.

It was not long ago that gaining access to Con Son, the main island in the tiny archipelago of Con Dao, was a real adventure. A long ferry journey from Vung Tau or an expensive helicopter ride were your only alternatives. Now the trip is a short, flight from Ho Chi Minh City. However, this isolation has helped to preserve a rural atmosphere far-removed from the hustle and bustle that engulfs you in southern Vietnam’s biggest city.

Its sheer granite cliffs, uncrowded beaches and crystal-blue water will satisfy the most demanding traveller

Here you can sit on the side of the road eating a bowl of congee and play spot the car while locals greet you with a “hello” and keep on walking without trying to peddle you anything. This is the Vietnam you might have encountered before the advent of mass tourism.

The Con Dao archipelago is one of the few tropical destinations in Southeast Asia that remains untouched and largely undeveloped. Con Son is the largest – and only inhabited – island in the group. Its sheer granite cliffs, uncrowded beaches and crystal-blue water will satisfy the most demanding traveller. Dam Trau Beach (Bai Dam Trau) is probably the island’s best with its soft sand and a broad expanse of glittering turquoise water, flanked on either side by craggy green hills.

Not that the chain of 14 islands off Vietnam’s southern coast has always been a fantasy island. First settled by the British East India Company in 1703, the original colonists were killed within a few years by Sulawesi mercenaries recruited to defend the fort.

For most of its history Con Son served as Vietnam’s Robben Island, a penal colony for the French, South Vietnamese and ultimately the Americans to lock up and torture political opponents. The remains of the prisons, including the main Phu Hai, built by the French in 1862, serve as a stark reminder of the island’s dismal past. Close to the Revolutionary Museum, the prison has several detention centres with all too lifelike mannequins.

Most brutal were the Tiger Cages. Constructed by the French in the 1940s, here political prisoners were kept like caged tigers in the relentless sun as wardens walked above them on grilles. Many of those who died under incarceration are buried in Hang Duong Cemetery, including Vietnam’s most famous war heroine, Vo Thi Sau. Often compared to Joan of Arc, Vo Thi Sau was only 19 when she was executed on the island in 1952. Her grave with a start Communist statue of her towering above it has become a shrine for young Vietnamese women. Unlike Vo Thi Sau, many of the 20,000 graves for those who died here from the 1940s to 1970s lie unmarked.

With its relatively flat terrain and compact nature, Con Son makes for good biking terrain, especially with several prisons and other dilapidated buildings that make for interesting stopping off points. Ma Thien Tanh Bridge is a further sad indictment of the French occupation. History has it that 356 people died during its construction, from 1930 to 1945. As you look at the collapsed bridge on a deserted hillside, you can only wonder as to the futility of such loss.

Fortunately the future of the archipelago looks much more promising than its past.

In recent years the islands have become a leading light in the country’s eco-tourism industry, with several of their beaches the breeding grounds for the endangered Green Turtle. Each year between April and November, the turtles return to the beaches where they were born to hatch their own offspring. Some 50,000 hatchlings make their way into the sea. Trips can be arranged with the Con Dao National Park Authority to the breeding grounds on Bay Canh Island. Apparently, the best time to see the turtles is in June and July. The marine park also has a rich marine life, with over a thousand species so far identified, and the water is crystal clear.

With depths ranging from five to 30 metres, snorkelling here offers a great opportunity to explore the incredible variety of marine life from green and hawksbill turtles to rays, lion fish, vibrantly coloUred nudibranchs and the best coral coverage around Vietnam.

Con Dao’s eco-attractions are not limited to the sea. In addition to the 14,000ha of the marine park, the National Park includes some 5,998ha of forest. You an take a pretty steep 1.5km hike to the old fruit plantation at So Ray, which was originally built by the French, with forced labour, but has since fallen into disrepair. If you are particularly lucky you might spot two animals endemic to the island – the Con Dao Monkey and the Black Squirrel.

More recently the island has seen the advent of luxury tourism with the arrival of the Six Senses Con Dao, located on the private Dat Doc Beach. Stretching for over a mile, the golden sand beach has the Lo Voi Mountains as a dramatic backdrop. Ideal for leisurely strolls, the resort also arranges  water sports activities and snorkelling.

You can find other islands with turtle-hatching beaches, great dive sites and hikes in unspoilt forest, but these have largely become well-established tourist sites. Con Dao’s real charm is that it has not. Savour those “hellos” while they last. This gem can not last untouched forever.