Like many of its inhabitants the Cambodian riverside town of Kampot seems lost in time. Mark Bibby Jackson lifts the lid on some of the secrets behind the place’s charm. 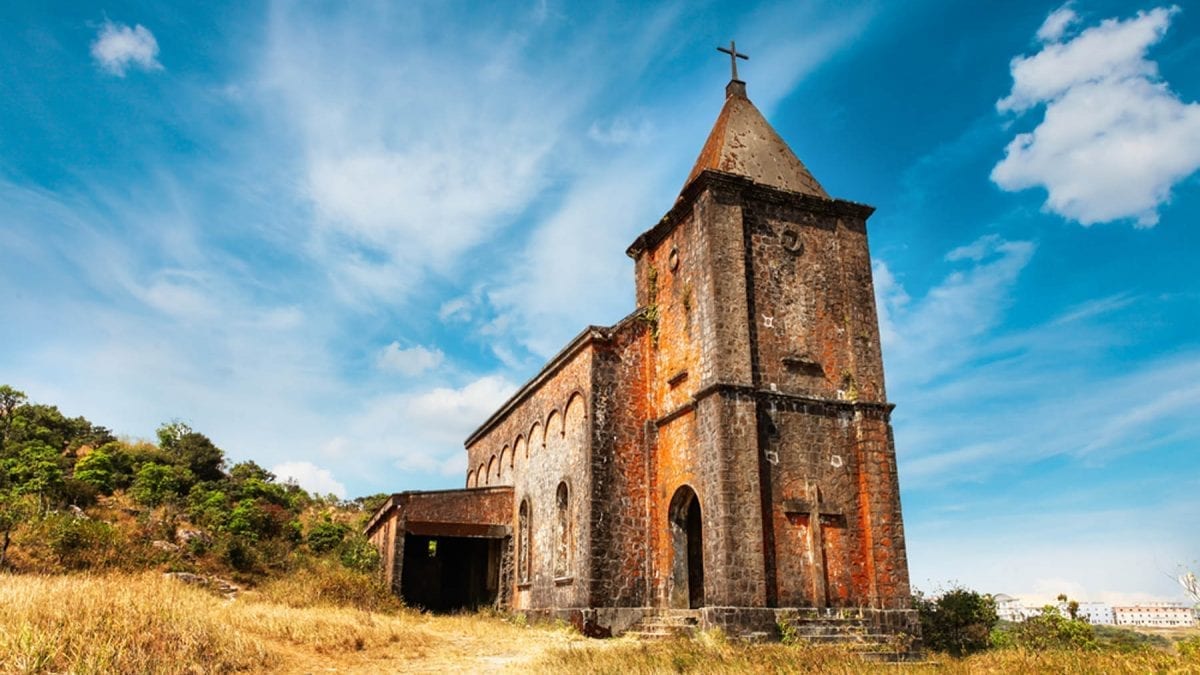 “It’s just like northern California in the early 70s,” Bobby says to me as he takes a drag on the joint passed to him by the woman – a stranger – at the bar. “Not that I was ever there,” he adds fearing that I would do some quick arithmetic and calculate his age.

Here is Kampot, the sleepy Cambodian riverside town that is beginning to carve out a reputation as a chilled place to while away the time, whether chemically induced or otherwise.

Outside the nameless wine bar, we bump into Veronique, a French woman who has lived in Bali for over twenty years and is looking to make Kampot her next home.

“It’s a possibility,” she adds. “Bali is getting so crowded.”

The town is slowly developing a reputation as an artistic nirvana

Veronique is exploring possibilities over a glass of rosé, having just attended a pop-up exhibition by American artist Bradford Edwards at Ellie’s, a small café just around the corner.

“It’s not really an exhibition,” says Bradford. “I just threw up some works really. I just love Ellie. She’s a beautiful woman.

This is Kampot – 70s throwback, hippy hideout and artistic hangout. 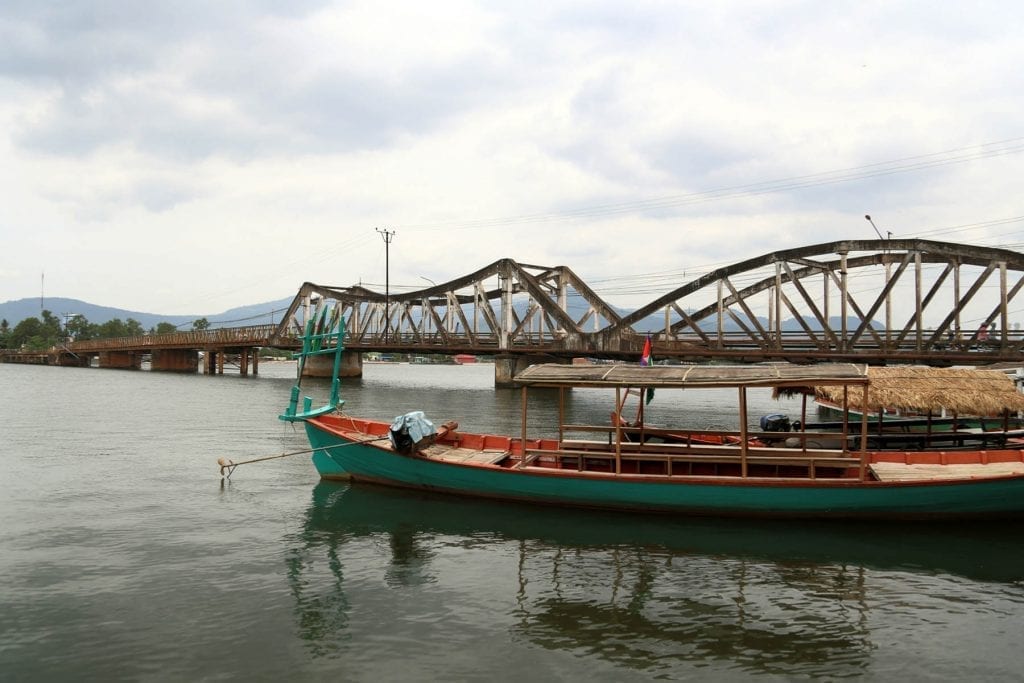 The town has changed dramatically since I first came here almost a decade again. Many of the old colonial buildings have been restored, shop fronts have been transformed into cafés and businesses come and go, but quintessentially it has remained the same; a relaxed recluse for Phnom Penh expats and a hidden gem on the backpacker trail.

The riverfront remains the star attraction. Bobby and myself stroll there after our wine. It remains the same mix of restaurants, bars and derelict colonial buildings desperately in need of some TLC.

Oh Neil’s Irish Bar – where is there not one these days – has the feel more of a beach hut than the Emerald Isle. Here we meet Nicki, a South African wanderer who has somehow found her way to this place, where she is enjoying the $1 local cider.

“I’m off to Sihanoukville tomorrow,” she shares with us at the bar, referring to Cambodia’s leading coastal resort. Two days later I am to find her in the same place, with an identical looking cider. “Never made it to Sihanoukville?” I enquire. “Maybe tomorrow,” she responds with a smile that encapsulates the irrelevance of my question.

The laid-back atmosphere of a town where you can safely walk from bar to bar drinking cheap beers, roll a joint and share some banter with like-minded strangers might be part of Kampot’s draw, but there is much more to the place and the surrounding area than a modern-day hippy commune.

The following day I take a tuk-tuk to the “hidden” lake. An added attraction since the last time I came here, I soon realise why it’s taken so long to hit the 10 things to do in Kampot list. A red dust road takes us through a vignette of typical rural Cambodia; paddy fields dotted with occasional sugar palm trees and water buffaloes wallowing in the mud. Traditional wooden buildings compete with more modern houses stocked full with provisions for dominance.

The lake is precisely that. More brown than blue, this is not some Alpine beauty with a history stretching back to the last Ice Age. On the far side are some shelters where locals come to rest the day, presumably at weekends or when the sun gets too strong to eat some freshly caught fish and listen to music.

A convoy of Lexus passes us buy, possibly looking at the possibility of buying land here, or maybe it is destined on a tour around one of the nearby pepper plantations. Kampot is noted for its pepper. The corns have a flavour, freshness and piquancy that makes it unique.

“The aromatics and different flavours produced by the black, red and white peppercorns, all from the same vines, are unparalleled,” says Michael Winters who distributes the pepper in the UK through Kadode Kampot Pepper UK. “The heat, the length the depth and the complexity is just exceptional.”

Working exclusively with FarmLink Cambodia – a cooperative of over 100 farmers who cultivate their own pepper gardens – last year Kadode sold several hundred kilogrammes of pepper, including to chefs Rick Stein, Michel Roux Jnr and most recently Yotam Ottolenghi.

Although, now Kampot pepper can be found in some of the best restaurants in the world, it is in nearby Kep that the pepper is best put to use. 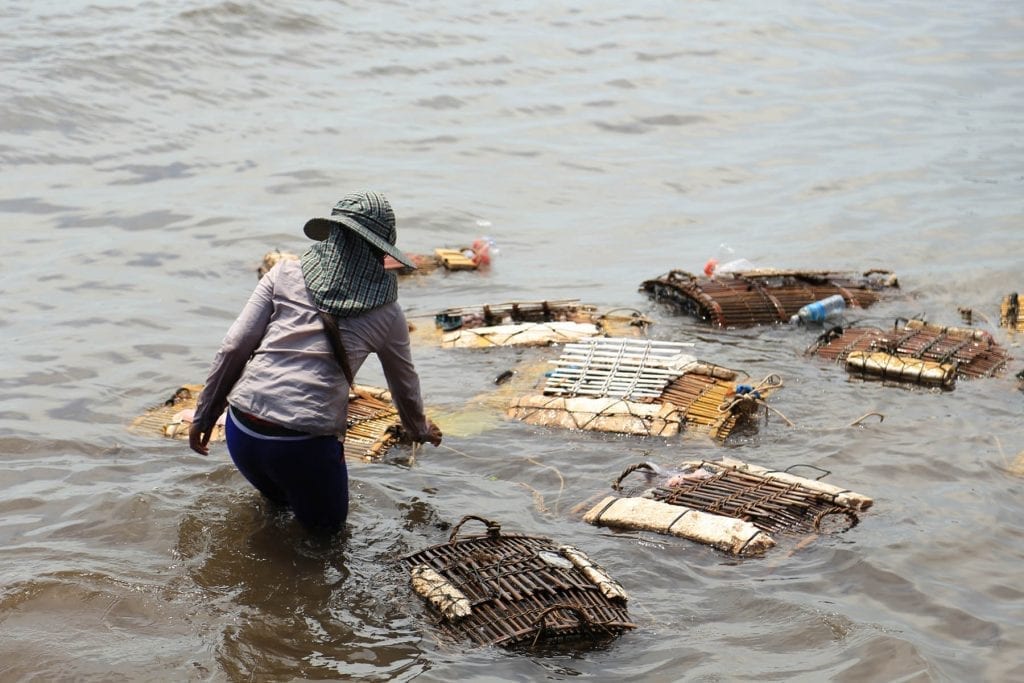 Mention Kep and Cambodians will always talk about the crab. Friends will ask you to bring some back fresh. In the short stretch between Kep beach and the luxury resort Knai Bang Chatt, stand a row of shacks opening out on to the sea next to the crab market.

Fisherman go out at night, returning the following morning with their catch, which is then sold at the market and transported further afield. Some make the short journey to the crab shacks.

When in Kep, I always visit Kim Ly, one of the last shacks in the row. When I first came here it was the final shack, though other smaller outlets have ousted it from this position. Then it was the only place where you could be assured that the hygiene standards were satisfactory. Now I come here out of tradition. It has never disappointed.

Without looking at the menu, I order a small crab in Kampot pepper sauce, and while I wait for it to arrive I glance wistfully over the waters lapping at the restaurant’s wooden supports. For the twenty minutes or so after the food is served I am transported to the finest restaurants of Paris as I grapple to excavate some meat from the crustacean’s claws. It is simply divine.

The return trip takes less than thirty minutes, even stopping along the way to take some photos of the few remaining graffiti-laden derelict buildings that lay testament to the country’s darkest period where the area was one of the last bastions of the Khmer Rouge.

Such times seem a million miles away as we return to the tranquillity of Kampot. A bottle of Cambodia beer at riverside Rikitikitavi watching the sun set across the river over nearby Mount Bokor is followed by a street side falafel that would make Harry Enfield’s Stavros proud. I wind my brief trip off with a few games of backgammon at Le Comptoir with its patron, after which he buys me a celebratory glass of wine.

Kampot still has a sense of camaraderie that you scarce find nowadays in this over-travelled world. Quite how long this will last, especially with a new tourist port being constructed nearby, is moot. My advice is to get here while you can for Kampot really is a place to discover and possibly even loose yourself, if that is what you are seeking.