Mark Bibby Jackson ventures to the north of England, to discover The Cookie Jar is a more-ish place that merits repeat visits. 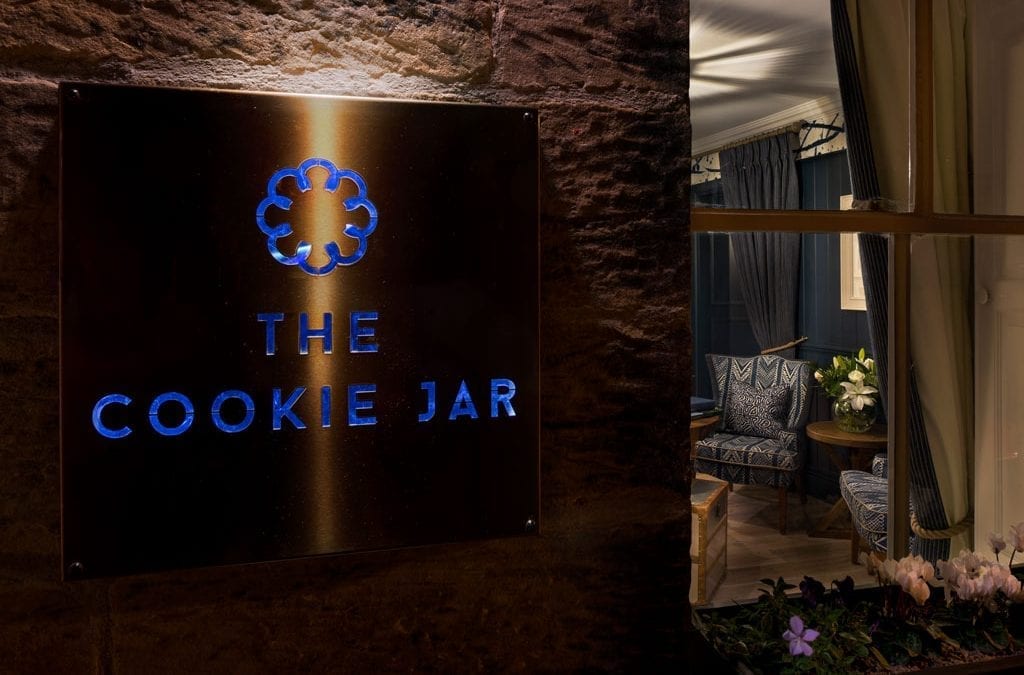 Mark Bibby Jackson ventures to the north of England, to discover The Cookie Jar is a more-ish place that merits repeat visits.

I have stayed in a former prison in Laos as well as a practising pagoda in Myanmar, but never before have I spent a night in a former convent. Nor have I learned the rules of Quidditch, for that matter.

Alnwick is perhaps best know for its castle, which was used as the setting for Hogwarts in the first two Harry Potter films. It was here that young Harry learned the rules for the wizarding sport, as well as how to fly on a broomstick.

So, perhaps it’s appropriate that the former Convent of Mercy has been magically transformed into a 11-bedroom boutique hotel, a short broom ride from the castle.

Although the building’s six-month metamorphosis owed much more to hard work that any sorcerer’s spells.

When owner Debbie Cook first saw the property in September 2016, there were still two nuns living in the convent, and although she was immediately struck with the enormous potential of the Grade II-listed building, negotiations dragged until April.

The experienced hotelier says it was a minor miracle that The Cookie Jar opened its doors in September that year. Matt Hulme, of interior designers Dynargh Designs, has retained much of the character and original features of the convent, with room names reflecting the building’s religious heritage – Mother Superior suites have oversized bathtubs, while The Chapel has a beautiful stained glass circular window and other features from its past life. However, there is no sense of the sackcloth here, rather walls adorned with beautiful hues of blue, and furniture inviting a good nap.

In a town lacking in quality accommodation – and dining for that matter, although Mumbai Flavours is excellent – Cook saw a clear gap in the market.

“Originally we were going to be a little B&B,” she says, “then it grew legs.”

And what legs they are. In addition to the elegant and comfortable rooms, the hotel has dog kennels and secure gun cabinets for those who prefer their strolls in the glorious Northumberland countryside to go off with a bang. There is also a snug bar, stuffed with Penguin Classics, at the front of the hotel ideal for having a quick G&T – sprig of rosemary optional – before hitting Alnwick’s lowlights, or a nightcap before bed.

Unfortunately during our stay, the hotel’s terrace restaurant, The Bailiffgate Bistro, was not yet open, although this has now been rectified at least on Friday and Saturday evenings, or for special occasions, such as Burns’ Night. Coffee, afternoon tea, small-plates and evening drinks are also served. However, we did enjoy the most wonderful breakfast the following morning with local kippers from Craster, a few miles away on the coast.

A comfortable night’s sleep in a most elegant hotel and a great breakfast to follow, what more could you wish for from your stay in Alnwick. A game of Quidditch perhaps? Well, I’m afraid that’s a work of fiction, or is it?

In the Saddle with Uruguay's Horse Whisperer