Located in Western Pennsylvania, Pittsburgh is home to numerous arts and cultural offerings, including the Andy Warhol Museum, the largest museum dedicated to a single artist in the world.

Located in Western Pennsylvania, Pittsburgh is home to numerous arts and cultural offerings, including the Andy Warhol Museum, the largest museum dedicated to a single artist in the world. Explore Pittsburgh with a self-guided walking tour to witness artworks by locally, nationally and internationally recognised artists throughout the city, including Brian Holderman’s “Yesterday’s Tomorrow”, or check out these top six spots to see art in Pittsburgh. 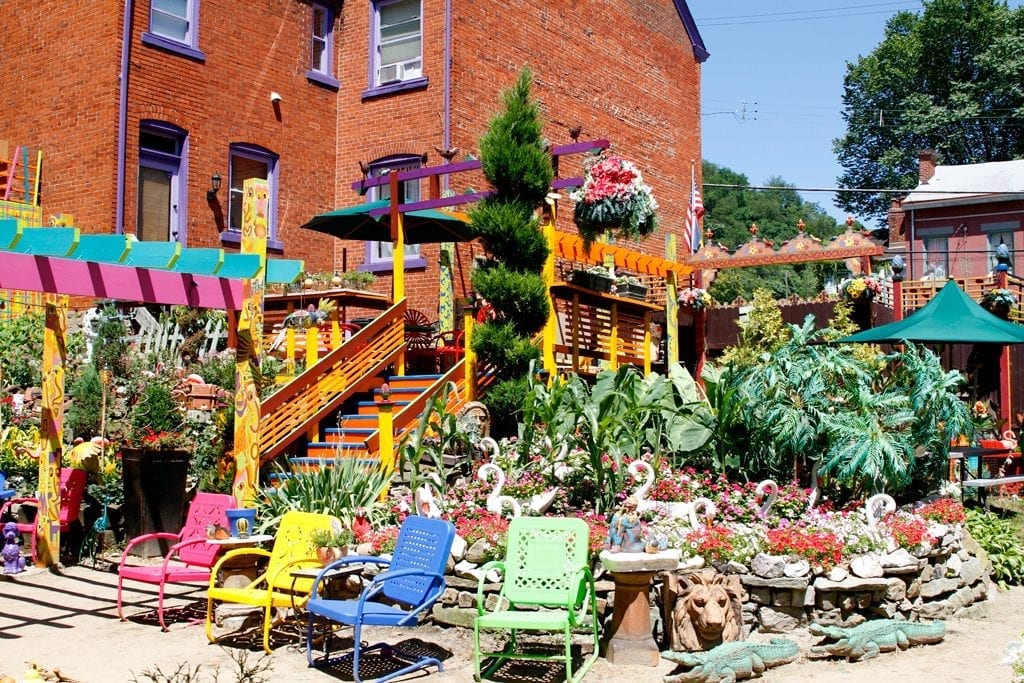 Discover the quirky side of art in Pittsburgh at the exuberantly colourful landmark, Randyland. This outdoor art studio is located in the Central Northside of Pittsburgh. Nearby properties have become local treasures and the murals display vivid colours set on upbeat wall paintings and brightly coloured objects that have become a psychedelic dream for visitors to enjoy. It is also home to artist, Randy Gilson, himself. Admission: Free. 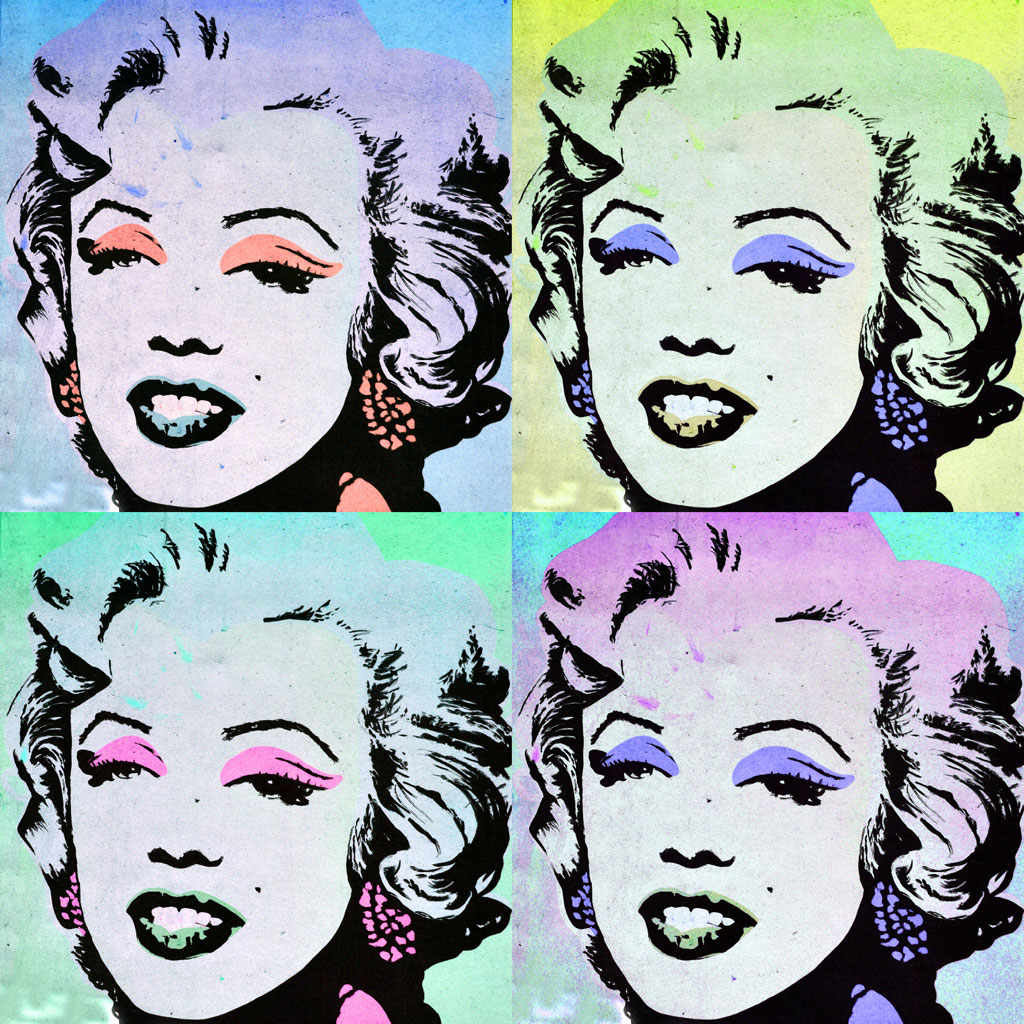 America’s arguably most prolific modern artist Andy Warhol was born in Pittsburgh, Pennsylvania in 1928. Almost a century on, this visionary’s work is celebrated in his home city by the Andy Warhol Museum. This is the largest museum dedicated to a single artist in the USA – a vast space of seven floors and 17 galleries, home to a permanent collection that contains over 900 paintings, over 4,000 photographs, and more than 4,000 film and video exhibits. As well as containing Andy Warhol’s work, the museum also rotates exhibits by artists who push the boundaries of art, just like Warhol did. Adult admission for $20.

40 years ago, artists took over an old mattress factory on Pittsburgh’s North Side, starting out with community exhibits and educational programming. The Mattress Factory exhibits funky room-sized installation art by regional, national and international artists with unique exhibitions, including 17 permanent installations. The museum has become an iconic, one-of-a-kind museum that is now hailed as the best facility for installation art in the United States. Until July 29th, the Mattress Factory, will host a variety of installations around their 40th anniversary. Adult admission for $20, (see cover photo). 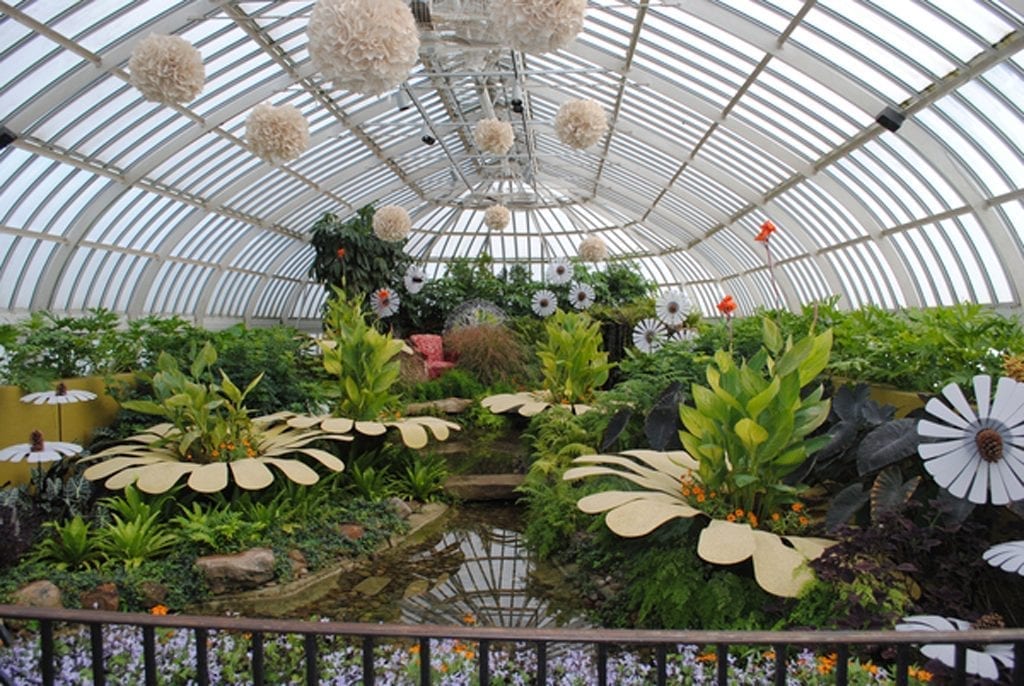 See towering tropical plants that were the original seedlings at the 1890 Exposition, artistic displays of miniature orchids, indoor and outdoor gardens, and a fabulous bonsai collection. Phipps Conservatory and Botanical Gardens encompasses 15-acres including a 14-room glasshouse and 23 distinct gardens, creating a green oasis in the middle of Pittsburgh’s vibrant Oakland neighbourhood. It’s one of the only conservatories on earth that still offers four seasonal flower shows, which have included exhibits such as a butterfly garden and a miniature railroad display. Adult admission for $17.95.

Take a short trip out of the city to the Fallingwater House, the only house of renowned American architect Frank Lloyd Wright still standing in its original setting, with original furnishings and artwork intact. Fallingwater was designed in 1935, originally as a private residence and weekend home and has now become one of Wright’s most widely acclaimed works and best displays his philosophy of organic architecture, the harmonious union of art and nature. The house rises above the waterfall on which it was built. A variety of guided group house tours are offered, including a sunset tour. Guided tours for $28. 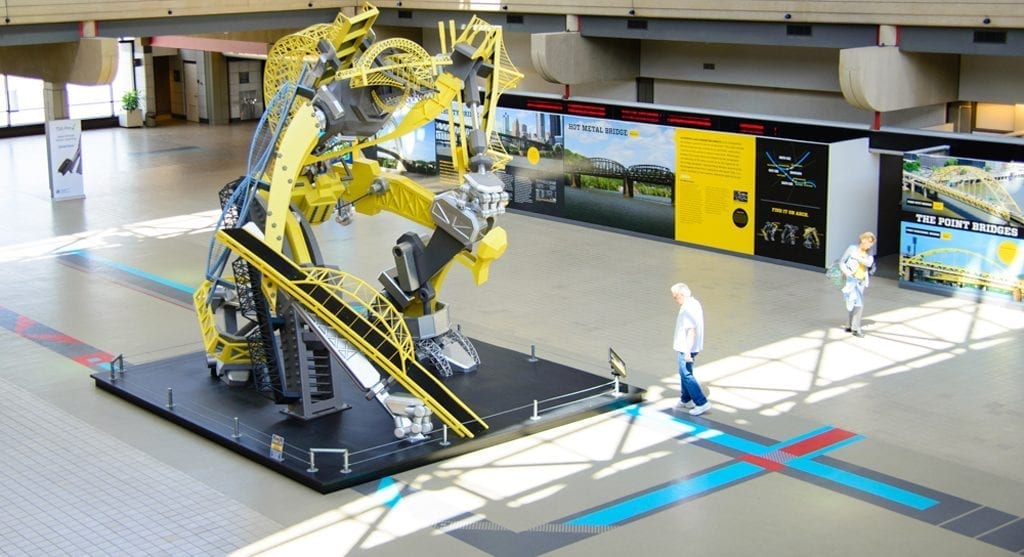 Art in the Airport – Pittsburgh International Airport partners with museums, artists, musicians and others in Pittsburgh’s vibrant community to showcase the region’s unique amenities and enhance travellers experience in the terminals. Throughout the airport, various pieces of locally produced art and cultural assets can be seen, included pieces from Andy Warhol who lived in Pittsburgh, and the Arch, a large-scale robotic figure, inspired by Pittsburgh’s bridges.

In February 2018, Pittsburgh International Airport introduced the new artist-in-residence, Blaine Siegel, who has his own studio space at the airport. Siegel will spend the year engaging with travellers and airport workers to finally produce a creative art exhibition at the airport that reflects his research and engagement with multiple audiences.

Explore the wonderful art for yourself from just £139.99 one way with WOW air. For more information on Pittsburgh please visit www.visitpittsburgh.com