Host of the first Rugby World Cup Sevens to ever take place in the US, San Francisco’s SoMa (South of Market) neighbourhood is a rapidly changing neighbourhood. Encompassing several sub-neighbourhoods, including South Beach, Mission Bay and Yerba Buena, and its original buildings being regenerated for new purposes and new businesses, SoMa is a must on your San Francisco itinerary. Here is a guide of things to do in San Francisco SoMa neighbourhood, and how it can be enjoyed by everyone. 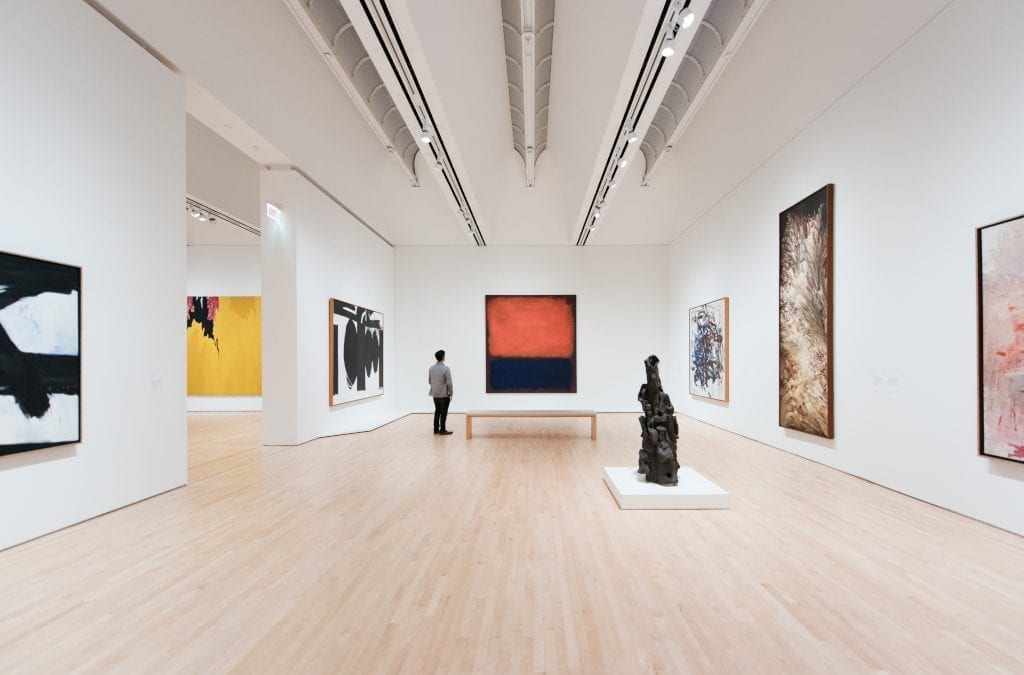 Host of the first Rugby World Cup Sevens to ever take place in the US, San Francisco’s SoMa (South of Market) neighbourhood is a rapidly changing neighbourhood. Encompassing several sub-neighbourhoods, including South Beach, Mission Bay and Yerba Buena, and its original buildings being regenerated for new purposes and new businesses, SoMa is a must on your San Francisco itinerary. Here is a guide of things to do in San Francisco SoMa neighbourhood, and how it can be enjoyed by everyone.

Things to do in San Francisco SoMa for the Cultured

SFMOMA holds an internationally recognised collection of modern and contemporary art, and was the first museum on the West Coast devoted solely to art from the 20th century. The current collection includes over 33,000 paintings, sculptures, photographs, architecture and design. After a three-year closure for expansion, SFMOMA now brings three times more gallery space than before. As of March 2018, SFMOMA is included in the CityPASS, saving visitors 45% off combined admission to San Francisco’s top attractions. Whilst at SFMOMA, visitors can take advantage of the Michelin Starred restaurant within the museum, In Situ, recognised as Corey Lee’s “culinary museum”. The restaurant offers an array of iconic dishes from top chefs around the world.

Things to do in San Francisco SoMa for Sport Fanatics

For the baseball season, running from February to October, AT&T Pak – located right on the water’s edge in the SoMa neighbourhood – is home to the San Francisco Giants Baseball Franchise. The stadium overlooks the Bay, where home runs can be “splash hits” due to the location in South Beach Harbor. During the baseball season, visitors can enjoy an abundance and variety of food at the ballpark from restaurants including pulled pork sandwiches and the popular Mission-style burritos.

From 2019, the new Chase Center – along the waterfront in the Mission Bay neighbourhood of SoMa – will be the home of the NBA’s Golden State Warriors from next season, once construction is complete. A first of its kind, Chase Center will serve as a world-class sports and entertainment destination with an excellent culinary scene and some of the world’s most innovative companies.

Things to do in San Francisco SoMa Beer Lovers

San Francisco’s beer scene is thriving, with more than 120 breweries in the greater Bay area, and over 30 of them can be found in San Francisco. Located just two blocks away from AT&T Park, 21st Amendment Brewery serves freshly prepared pub favourites whilst pouring their own handcrafted award-winning beers on eight rotating taps.

Things to do in San Francisco SoMa for Foodies

A transportation hub during California’s Gold Rush, the ferry building was the main entry point for visitors into San Francisco. After the building of the two iconic bridges into the city, the building closed as it was no longer needed; however in 2003 it reopened as the Ferry Building Marketplace. Visitors can sample produce from local farmers as well as  artisans and independent food businesses, and at weekends, enjoy the Farmer’s Market that surrounds the building.

Located within the Mission Bay neighbourhood of SoMa, Spark Social SF brings together a selection of over 150 food trucks from all over the Bay Area, which rotate in and out every single day for both lunch and dinner. The gathering space is a neighbourhood hub, where locals enjoy food inspired from all around the world, whilst sipping San Francisco made brews in their beer garden. Spark Social SF is also host to a number of events, including the San Francisco Ice Cream Festival and the celebration of National S’mores Day.

This is the perfect place to play, dine, shop or just relax. The sound of water, the scent of flowers and the warmth of the California sun unfolds across the gardens, creating a serene oasis in the middle of the bustle of downtown. Yerba Buena Gardens are made up of a number of areas for all to enjoy, reflecting the diversity of cultures in San Francisco and around the world. The gardens include the five-acre Esplanade of landscaped lawns, falling water and beautiful flowers; the serene Butterfly Garden providing a habitat for a native San Francisco butterflies and the Reflection Garden, a tribute to native Ohlone Indians with a crescent shaped pool and surrounding rocks. Kids are kept entertained in the Children’s Garden, built on top of the Moscone Center and is the perfect place for interaction and engagement with an emphasis on discovery, nature and play.

Where to Stay in San Francisco

The nearest hotel to AT&T Park, Hotel VIA offers an urban loft aesthetic reflecting the fashion-forward style of the neighbourhood. Each of the rooms provides guests with minimalist furniture, and the rooftop deck offers a sight of the bay, where refreshments and snacks can be purchased. Rooms available from $249 / £191 per night.

Located in the heart of the SoMa district, the St. Regis San Francisco is a five star luxury hotel, for those looking for a stylish stay whilst in the city. The hotel is housed inside the Williams Building, a 20th century landmark combining magnificent architecture with modern refinement. Inside the hotel, guests are welcomed to unwind in the luxurious Remede Spa, with an indoor salt-water infinity pool, relaxation lounges, whirlpools and massage facilities. Rooms available from $383 / £294 per night.

For more information about things to do in San Francisco

Things to Do in Kuala Lumpur without the Twin Towers