The problem with Lebanese restaurants in London is finding authentic cuisine. That is the view of Emilio Malik, the manager of Lazeez, a new Lebanese Tapas next to London’s main Oxford Street shopping district, ideally located opposite Selfridges.

Certainly, the setting seemed authentic with people smoking shisha pipes on the pavement, and all the food at Lazeez is freshly prepared using Lebanese ingredients, Malik assures, with the hummus prepared twice a day. The simple menu is divided into easily navigable sections offering combinations of cold and hot tapas, ideal for sharing, which is good as both myself and my companion arrived hungry.

The food did not disappoint. 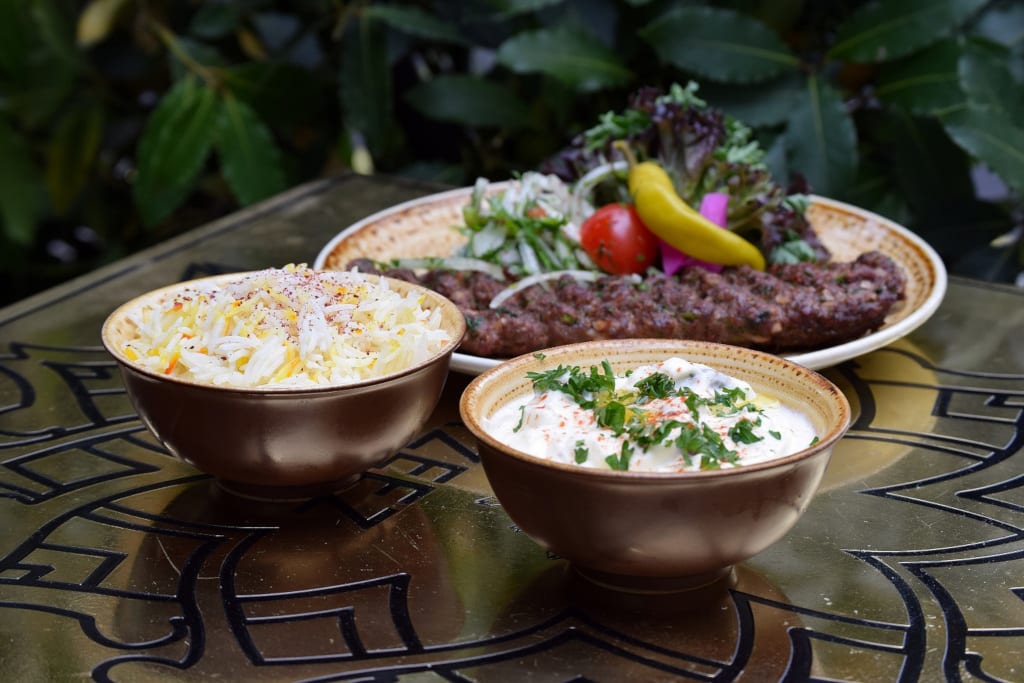 Naturally, we started with some homemade hummus, along with fresh pomegranate motabaal, cheese sambousek and spinach fatayer pastries, served with Lebanese breads and olives, and some falafel. All was excellent, although the motabaal, with the aubergine cooked to perfection in order to maintain that smoky flavour, was the stand out. Both the sambousek and fatayer pastries were good, with the chewy cheese in the former making it extremely moreish. The falafel was equally good, a very distant cousin to the late night food you get in kebab shops.

All was served with a bottle of house white wine, a Lebanese Kefraya from the Bekaa Valley, especially imported by the restaurant. Now, I have never been a fan of Lebanese wine before, but the slightly smoky flavour went well with the food, and improved as the dinner went on and our palates became accustomed.

Afterwards, my companion had a tasty mixed grill while I enjoyed the moussaka with some grilled haloumi, which, as always, was my favourite. Hunger pangs satisfied, we concluded with some Lebanese coffee, which was beautifully presented and served with some juicy dates. It was the perfect conclusion to a slice of Beirut in the heart of London.

Lazeez will open another branch in South Woodford, later on in the year. So if you happen to be on that part of London, it might well be worth your while to pop in.