Roger Hermiston and Eileen Wise spend a weekend on the Essex – Suffolk border basking in the trio of delights at Maison Talbooth, Le Talbooth and Milsoms Hotel. 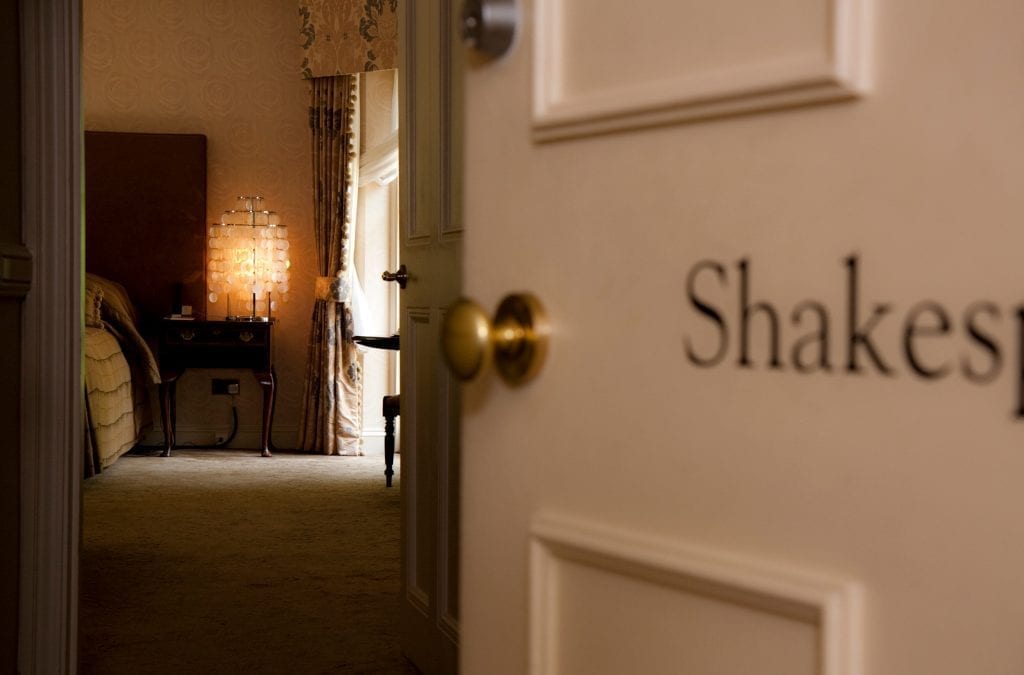 Roger Hermiston and Eileen Wise spend a weekend on the Essex – Suffolk border basking in the trio of delights at Maison Talbooth, Le Talbooth and Milsoms hotel and restaurant.

Seated at our terrace dining table by the bank of the River Stour as twilight beckoned, the luminous view across the serene waterway stirred our imagination. Here, on the site of Le Talbooth restaurant on Gun Hill, Dedham, Essex, was where 26-year-old John Constable stood in 1802 as he painted the scene towards his father’s watermill in his first major work, Dedham Vale.

The horse drawn carts, the barges and the working mills on the Stour that featured so regularly in Constable’s work may all have disappeared into the mists of history. But the sublime landscape surrounding it, with majestic oaks and weeping willows, prolific reed beds, rolling meadows and impressive churches remains much as it was in the early 19th century.

And, fanciful though it was, as we tucked into our sumptuous dinner, we liked to think that the gentle splash of water we could hear upstream might have been an otter heading out for his own evening feed. After all, legend has it that Henry Williamson first spotted one of these delightful creatures by the banks of the Stour, although he would set the action in Tarka by the banks of the Rivers Taw and Torridge in Devon.

We were soaking up Constable Country by the Suffolk/Essex border while sampling the trio of eating and sleeping facilities offered by the Milson family – namely the Maison Talbooth hotel, Le Talbooth restaurant and Milsoms hotel and restaurant – all situated within a mile of each other.

These family-run establishments, each with their very distinctive style and purpose, complement each other perfectly. But the common denominator is that they are all run with great attention to detail by friendly, highly professional staff.

First, the country house hotel Maison Talbooth, designed by renowned Norwich architect John Brown and built for Caroline L’Estrange Collyer (the wealthy widow of a clergyman) in 1846. It remained an elegant residence for wealthy families for the next century, until in 1969 it was established as a luxury hotel by Gerald Milsom.

We were never told, but an educated guess would be that the first half of its title is a nod to Caroline’s French antecedents, while the ‘talbooth’ surely refers to the ’tolls’ that the barges had to pay while navigating the Stour with their commercial cargo back in Constable’s day.

Maison Talbooth expanded significantly in 2008 to bring the number of rooms up to twelve – all named after great English poets dating back to Shakespeare, including the likes of Wordsworth, Shelley, Tennyson, Keats and Kipling. We took up residence in the Betjeman room, tucked away on the second floor within the gable of the property, enjoying stunning views out over Dedham Vale with the spire of the parish church of the pretty neighbouring village of Stratford St Mary visible in the far distance.

On the wall of our bedroom were two framed poems by Betjeman, Trebetherick and Greenaway, affectionate homages to the very different landscape of the North Cornish coast. ‘I know so well this turfy mile (begins the latter), these clumps of sea-pink withered brown, the breezy cliff, the awkward stile, the sandy path that takes me down.’

The Betjeman is really more a suite than a room, with a separate little sitting-room area at the back with three large comfortable armchairs. The king-sized bed made for an excellent night’s sleep, and the large bath soothes you in the evening while the powerful shower well and truly wakes you up in the morning.

Hotels with spas can often be disappointing, with the latter often just an add-on with occasional visiting masseur. At Maison Talbooth, the Treatment Rooms spa on the first floor seems like an integral part of the hotel with many relaxing massages on offer. We thoroughly enjoyed a hot stone massage, and a ‘Powerdirect’, the spa’s signature full body treatment.

Heatwave or no heatwave, many guests will head down to the Pool House, where a walled garden area contains a splendid outdoor swimming pool (heated to 29 degrees each day) – swimming being the operative word, as it is big enough for the more serious athletes to do lengths. To complete the sporting attractions, adjoining the pool there’s an all-weather tennis court, where – on the day we went, one of the hottest of the year – a group of women were earnestly taking advice on their serves from a coach.

So back to Le Talbooth, scene of our magical dinner. A courtesy car from Maison Talbooth whisks you to the restaurant just down the road in a couple of minutes. It pre-dated the hotel by seventeen years, and the building in which it is housed has kept the character of its predecessor of several centuries ago, the picturesque half-timbered building featured in another of Constable’s trademark landscape paintings, The Valley of the Stour with Dedham in the Distance.

The food here is locally sourced and beautifully presented. For example, on the night we went, warm Bucklesham asparagus with parma ham and truffle egg mayonnaise featured as a starter, while Best End of Suffolk Lamb and Dedham Vale Chateaubriand were among the main courses. We washed it all down with a delicious Chenin Blanc wine (from an extensive list), having enjoyed it so much on a recent South Africa travel trip.

From fine dining at Le Talbooth to more bistro-type fare a short distance up the road at the third of the family’s establishments – known simply as Milsoms. Here the classic – food, furniture, décor – gives way to the modern, albeit all within the walls of another stylish country house. There’s a breeziness and informality about Milsoms, epitomised by the fact that the restaurant has a ‘no bookings’ policy: you can just turn up and you will definitely be accommodated, indoors or on the large terrace covered by an architectural sail.

Inside contemporary art abounds, while the covers of Beatles albums adorn the bar and restaurant. Outside the beautifully managed garden features one of the most astonishing trees you will ever see – a giant 150 to 250 year old (depending on who you talk to) sequoia, believed to be the biggest variety of tree in the world, more at home on the slopes of the Sierra Nevada mountain range than in the benign countryside of Essex. Quite how it got here nobody seems to know, but it bestrides a garden blessed with many well-tended plants and shrubs like a colossus – and gives the gardeners at Milsoms a frisson of worry every time one of the seemingly more regular storms comes along in the winter.

‘Eat, drink, stay’ is the motto of the Milsoms. There are fifteen rooms at this young, trendy brother of Maison Talbooth, and as you might expect all are as bright and quirky as they are comfortable.

So much to enjoy then at this diverse trio of establishments. In concentrating on the backdrop that inspired The Hay Wain and Flatford Mill let’s finally not forget Sir Alfred Munnings, the third – if you like – in the triumvirate of great East Anglian painters alongside Constable and Gainsborough. His wonderfully evocative house with very many of his great sporting (no-one drew a horse more precisely yet vividly) and landscape pictures is also in Dedham. Your artistic cup truly runneth over when you visit Maison Talbooth, Le Talbooth and Milsoms.

Bed and full English breakfast at Maison Talbooth is from £300 (for the room). For special offers, such as Gourmet Getaway click here.