On the occasion of the Orionids Meteor Shower, a new interactive guide imagines all nine planets in our solar system as holiday resorts on your space travel. 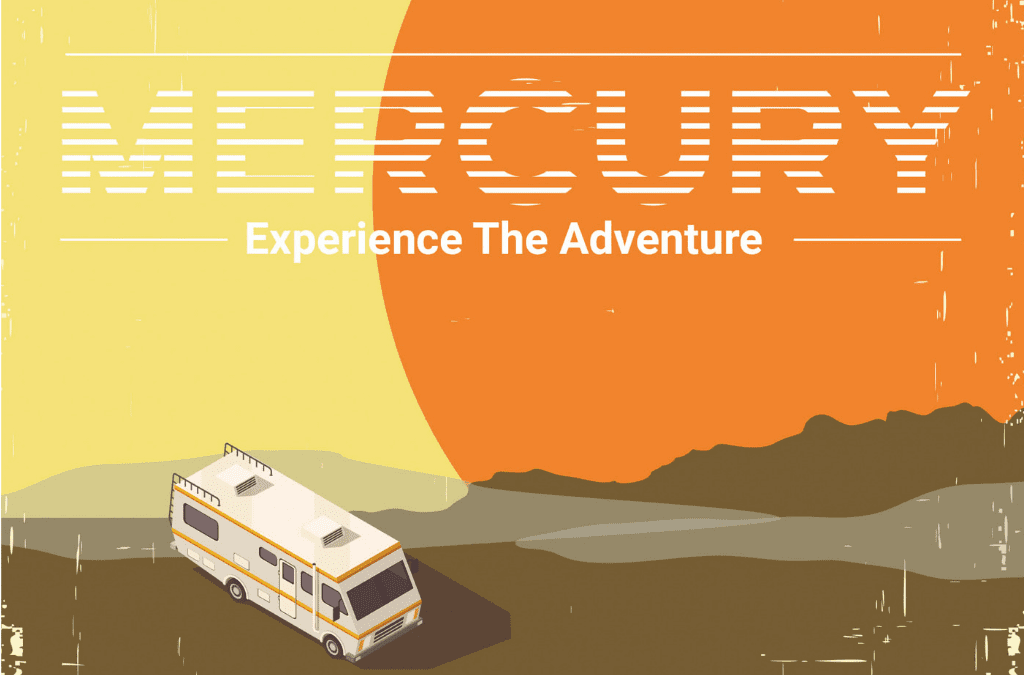 On the occasion of the Orionids Meteor Shower, a new interactive guide imagines all nine planets in our solar system as holiday resorts on your space travel.

Would you fancy a 12-day space travel vacation inside a luxury hotel orbiting around Earth? Ah, you’re more of a sporty type, you say? Then sailing around the moon on board a space yacht with inflatable sails powered by solar energy might be the thing for you.

There’s certainly no lack of ideas, and if you think these are just some fancy headline-grabbing fantasies, chances are you’ll live to see at least some of them realised. 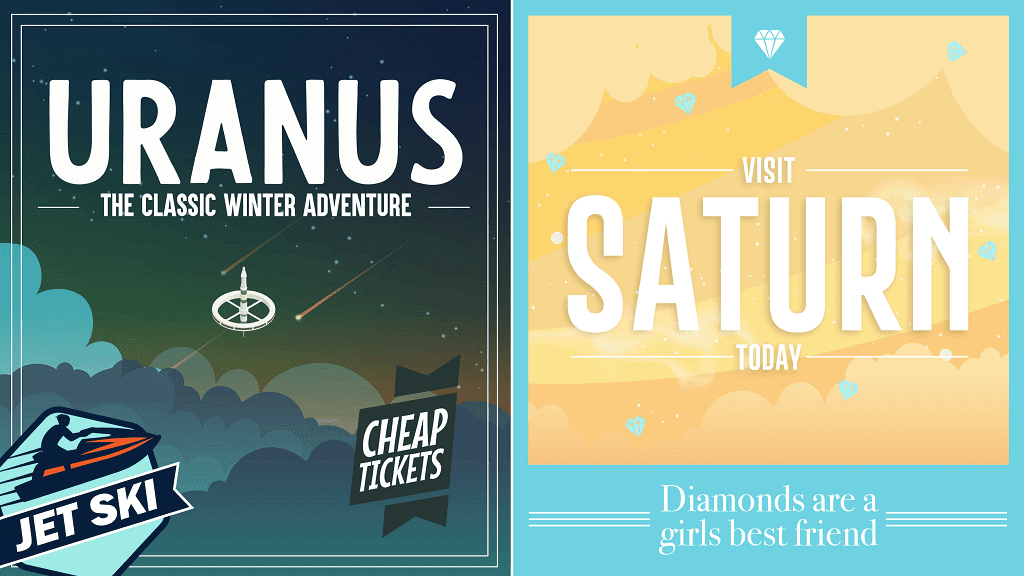 Already back in 2001, American Denis Tito was the world’s first space travel tourist when he visited the International Space Station (ISS) for seven days and orbited Earth more than a hundred times. Since then, six others followed his example, including the Iranian-American Anousheh Ansari, the world’s first female space travel tourist, and the Hungarian-American Charles Simonyi who liked his trip so much he went twice.

That these little voyages are for well-heeled tourists is a bit of an understatement. A return ticket to the ISS including some ten days of full board costs between $20 million and $35 million (minibar not included).

Looking for more down-to-earth activities? Check out our Events page with upcoming festivals and events around the world.

However, you don’t need to be floating around the earth for days on end to call yourself a space tourist. With his company Virgin Galactic, Richard Branson is aiming to become the first to offer suborbital flights into space. Instead of having a ride around our planet, a suborbital flight shoots you up beyond the Kármán Line, an altitude of 100 km representing the boundary between the earth’s atmosphere and outer space, where you can experience five minutes or so of weightlessness – and a pretty nice view – before returning back home. If you think the current cost of $250,000 for a return trip may make it a little hard to sell tickets, think again – hundreds of would-be space travel tourists have signed up.

Branson is not the only one in this field. Amazon’s founder Jeff Bezos is hoping to offer commercial suborbital flights next year (2019) on board the New Shepherd spacecraft made by his aerospace manufacturing company Blue Origin. The company is reportedly also planning to develop a spacecraft called New Armstrong to take tourists in orbit around the moon. 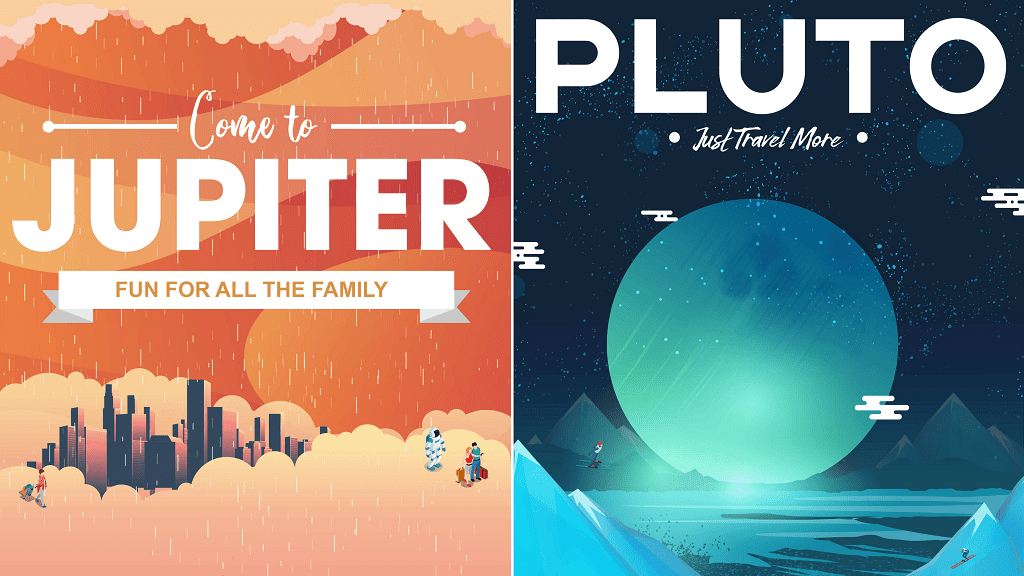 Space travel to another planet – and accommodation

But what about that ultimate destination, a trip to another planet?  Mars is currently our best candidate and although no space agency of any nation so far has landed any human on the red planet, concrete plans for tourism to Mars are already in the making. Elon Musk, founder of aerospace manufacturer SpaceX, aims to launch the first manned flight to Mars by 2024 with the further objective of establishing a human colony on the planet by 2040.

If travel for days on end inside a spacecraft sounds like the galactic equivalent of a long, unglamorous trip in a crowded camper van, enthusiasts of proper hotels need not despair. Earlier this year, the American aerospace company Orion Span announced that it will launch the first luxury space hotel, the Aurora Station, by 2021 in orbit around the earth and accommodate its first guests in 2022. 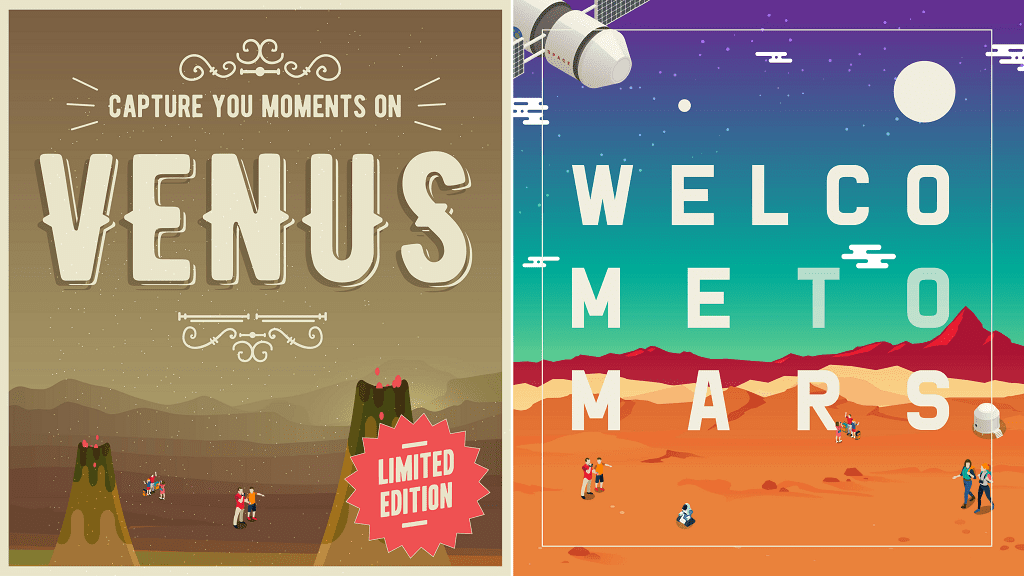 With room for only four space tourists – in addition to a crew of two – and prices starting at $9.5 million for a 12-day stay, the company is taking the concept of “boutique hotel” to a galactic level. Still, compared to the minimum $20 million price tag for staying at the ISS, it’s a bargain. And if you really like it up there, Orion Span is envisaging adding condos available for purchase. They’ll make any apartment in Mayfair look rather cheap.

While these technological advancements open up a whole range of new and exciting travel possibilities, you’ll still need to do your research to make your holiday a success. Will the food they serve be locally sourced? What will the weather be like? Or, as Sasha Baron Cohen’s character Ali G. famously asked Buzz Aldrin in an interview, “When you arrived on the moon, was the people who lived there friendly or was they scared of you?”

While we’re waiting for a proper Lonely Planet or Bradt Guide to answer these questions, Galactic Getaways‘ interactive  interplanetary travel guide is already giving us a taster with all the basic information you need to turn your holiday away from Earth into a success. Using data from NASA it lists essentials such as weather and travel time, as well as activities, things to see and photo opportunities for all the nine planets in our little solar system. They have even designed a set of unique postcards – as displayed on this page – to send back home and make the neighbours jealous. 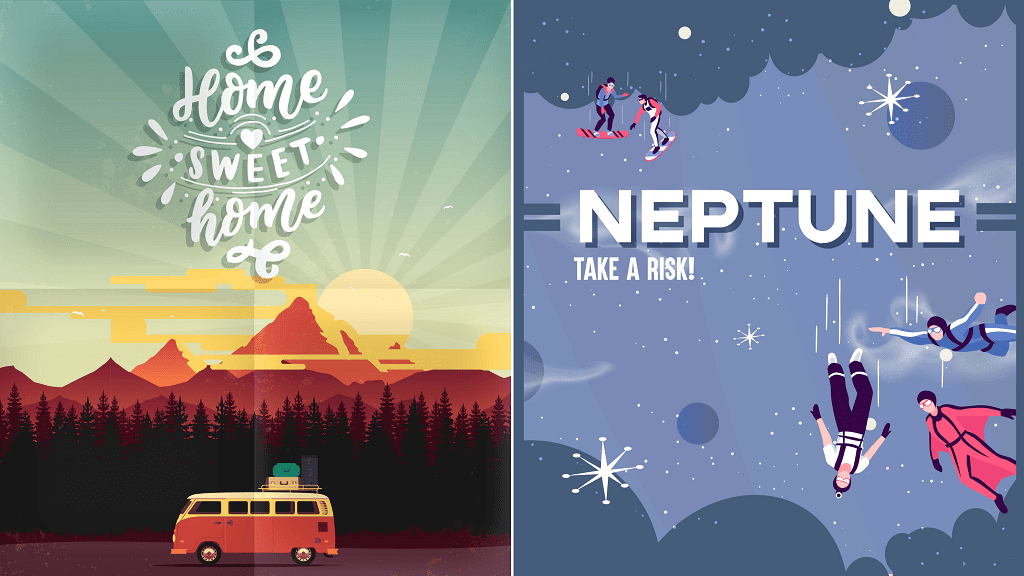 Although the closest planet to Earth, with an average temperature of 464C and clouds raining sulphuric acid according to the new guide, Venus sounds a bit like the galactic equivalent of a cheap, has-been backpacker’s guest house in a dead-end soi off Khao San Road in Bangkok – and it doesn’t even have a moon so no Full Moon Parties there. Neptune, by contrast, may be more expensive to travel to considering it takes 12 years to reach, but at -200C all you need is layering up and if it rains, it’s diamonds, not droplets. As the windiest planet of all nine, Neptune is reportedly ideal for windsurfing while its striking blue clouds and 14 moons make for great photo opportunities.

Tomorrow is today’s dream, as Khalil Gibran once said. If interplanetary tourism sounds too fantastical to you, or only within the reach of a tiny elite, then remember the same was once true for commercial air travel.

While hopping onto a suborbital flight aboard a Virgin Galactic spacecraft will quite likely become a reality in our lifetime, glamping on Saturn may still be a little out of reach. Make sure, therefore, that, after your passing, your loved ones will arrange for a proper cryopreservation of your hopefully intact body so that when the time is right, your great great grandchildren will resuscitate you just in time for that ultimate family reunion on the very gassy planet.

Accommodation on your space travel vacation

Looking for a place to stay on Uranus? Find the best deal on our booking portal – it doesn’t cost you a penny extra, but we get a small commission which helps fund this site.

For practical details and things to do in our solar system’s planetary destinations visit Galactic Getaways.