Mark Bibby Jackson takes a stroll down memory lane in London's South Bank, visiting the transformed Borough Market and popping in on the Tate Modern for a culture hit. 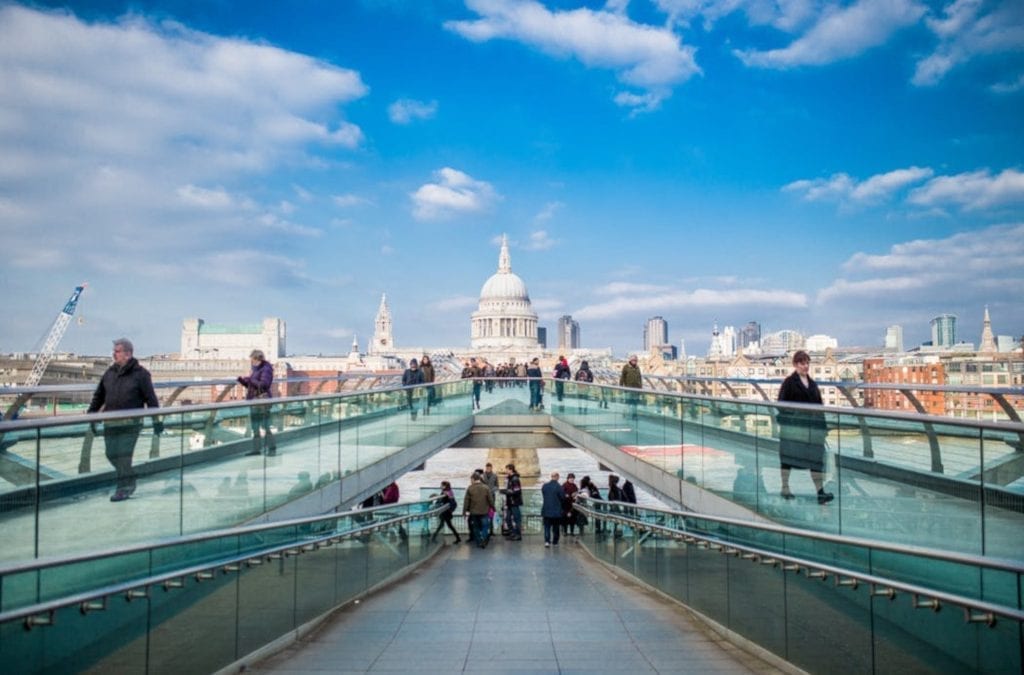 Mark Bibby Jackson takes a stroll down memory lane in London’s South Bank, visiting the transformed Borough Market and popping in on the Tate Modern for a culture hit.

When I first started working in the very late 80s I found myself behind a desk in the former seat of government in London – County Hall – long since transformed into the London Marriott Hotel and London Aquarium. Then the London Eye was just a twinkling in someone’s eye, and the London Dungeon I was condemned to was the records branch for the London Residuary Body that had just replaced the GLC in a political move designed by Maggie to reduce the power of the body orchestrated by Ken Livingstone – Boris had not been invented then.

Each lunchtime, come wind or rain, I would escape from my basement confines to wander along the riverside. Then, the Queen’s Walk was not quite complete, and occasional vacant lots were a distant reminder of the devastation wreaked on the area during the Blitz. My walks went undisturbed – there were no street performers, buskers or pop up cappuccino trucks to distract me. It was the highlight of my ‘working’ day.

Despite constantly returning to the area – twice working in offices within the locale – I had never stayed a night in the area – that is until recently invited to stay at the Native Bankside.

One of a crop of places that have popped up in the area in recent times – back in the late 80s the only place people used to sleep here was in Cardboard City underneath the Waterloo Roundabout where the Imax now stands ­–, the Native Bankside’s industrial, contemporary design and luxuriant bed, make this aparthotel an excellent stay, quite literally a stone’s throw from the Globe Theatre – even with my arm. The fully-equipped kitchen means you can stay as easily for a week as for a night. The bottle of wine waiting for me upon arrival on a balmy late summer’s Sunday afternoon sets exactly the right tone for my brief sojourn.

Borough Market Pubs and the George

Nowhere encapsulates the total transformation of the area since the dismal 80s – as well as the resilience of Londoners to withstand terrorist attacks – than Borough Market. In the 90s, I worked nearby for a few years, endeavouring to explain to local residents the benefits of building a further railway viaduct through the Victorian Market, with little success. Then, Borough Market had a few traders by day and largely neglected pubs by night. That is before Bridget Jones decided to move in next door and the area became most definitely ‘in’.

Returning on a wonderful late summer’s Sunday evening, the transformation that greets me is bewildering. Could these be the same cobbled streets that once were so deserted even on a Friday night? Oyster bars compete with Balkan bites and Ethiopian delights for my attention, as well as the traditional fish and chips and chicken tikka masala. This is the cosmopolitan face of pre-post-Brexit London.

However, it is to an old Borough Market favourite that I am drawn. The Market Porter has retained its sense of the past, with an array of fine ales to choose from, as well as deserted interior, although this was more due to the clientele enjoying the last of the summer’s sun outside on the pavement than from a lack of patronage, as used to be the case.

The contrast with the Wheatsheaf could not be more stark. The pub where you could have watched tumbleweed whistling through the bar ensured of a seat come what may in the 90s, was now packed, as was the adjoining microbrewery next door pumping out craft beer by the gallon.

Settling on one of the beer barrels outside, I found myself reflecting on whether the area had improved for its transformation, ending firmly in two minds, wanting to remain and exit at the same time. Certainly, there is far more choice in this now vibrant area, but has this come at a loss of authentic London hospitality – whatever that may mean?

To reassure myself on the final point I walk from Borough Market to The George on Borough High Street. One of the few remaining galleried pubs in London, even in the 90s the courtyard here used to fill with evening revellers marvelling at the architecture, seeping in the history and donning the odd pint or six.

Since the 1970s, the South Bank has been at the epicentre of London’s arts scene

Little has changed in the intervening years, down to the outside Gents and the lengthy queue at the bar. Settling down with a pint I soon find myself embroiled in a conversation with some junior doctors from nearby Guys Hospital – now who ever said Londoners were unfriendly – perhaps that is another thing that has changed down the years.

Before long I am drifting back towards the river and Gabriel’s Wharf, which remains one of my favourite spots in London. The sun now disappeared, I conclude my evening at The Wharf, a fish restaurant that specialises in fish and chips for tourists, but which also provides an excellent sea bass with the most wonderful service for those in the know.

I returned to the Native Bankside for a most wonderful night’s sleep, aided by the culmination of my bottle of wine.

Since the 1970s, the South Bank has been at the epicentre of London’s arts scene, hosting the National Theatre, the home of English theatre. The nearby Globe Theatre, a reconstruction of the original Elizabethan theatre where Shakespeare’s plays were performed more than four hundred years ago, is a much more recent addition to the area, having opened in 1997.

The South Bank Centre also houses the Royal Festival Hall, the Hayward Gallery and the British Film Institute, making this very much a one-stop centre for your cultural fix.

Even more recent than the Globe is the Bridge Theatre, slightly further along the Thames towards Tower Bridge, which this year became the first major new theatre to open in London for decades.

Close by is London’s tallest building, the Shard. Earlier in the year, I took the lift to the viewing platform on the 68-72 floors. Blessed with wonderful weather, the views across London were dazzling, especially for someone who has a working knowledge of London and can make an educated guess as to what all the major blobs in the distance represent.

However, it is to neither of these that I visit the following day.

After my incarceration in County Hall, I escaped to join the Civil Service, and for my sins was sentenced to a dismal office block on Southwark Street. The only consolation was the wonderful north facing views I had from my eleventh floor gaol across London. Wonderful, apart from the one blot on my horizon – Bankside Power Station.

It is to here that I take the short walk the following morning upon seamlessly checking out of the Native Bankside. You will probably better know it as the Tate Modern, which opened in the former powerhouse in 2000.

Free for general entry – there is a charge for select exhibitions such as the forthcoming one on Andy Warhol – the Tate Modern can resemble the Central Line in rush hour at times, as it is the second most visited museum in the UK, attracting over five million years each year. So, I arrive at 10am, as it opens its doors and go straight to the exhibition halls, resisting the lure of the coffee bars.

There are few better ways of starting your working week than infusing the Tate Modern. After name checking a few of the more famous artists of the last century from Picasso to Dali and Jackson Pollack, I soon find myself reflecting upon the role of art and society. One particular poster asking the question whether women have to be naked to get into the Met Museum draws my attention. With 5 % of artists being women, but 85 % of the nudes on display female, the question raised by Guerrilla Girls seems apposite, although I can attest the only naked women in the Tate Modern that day hang on the walls.

However, it is a photograph by a man of an albeit fully dressed woman that took my eye most. The Last Resort by Martin Paris is a series of photographs focused on the seaside resort New Brighton on the Wirral taken from 1983-6. In one, a young woman looks straight at the camera as a couple of boys focus on their ice creams. There is something about the intensity of their stares that draws me in, although for the life of me I do not know why. But isn’t that the real role of art – to ask questions rather than to provide answers.

My 24 hours on the South Bank now complete, all that is left for me is to walk across the Millennium Bridge to the north bank of the Thames where St Pauls awaits, as it has for centuries, and I prepare myself for the crowded Central Line tube journey back home. After all, there are some things in London that will never change.

For further information on stays at The Native Bankside: