On a weekend jaunt to the depths of Somerset, Eileen Wise discovers in Babington House a luxury retreat familiar to many a star. 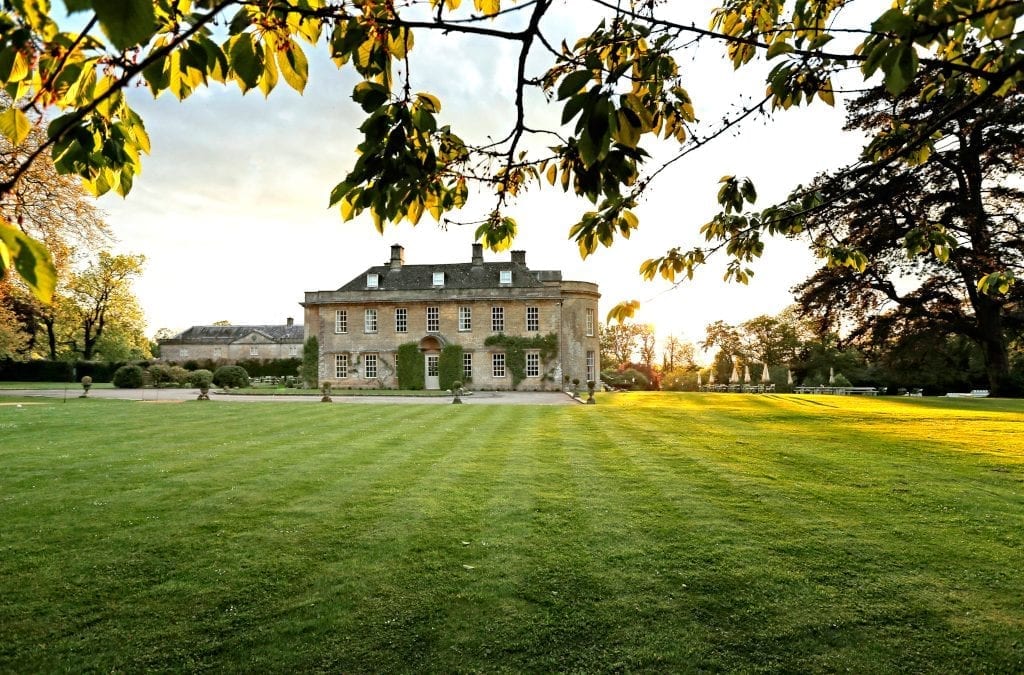 On a weekend jaunt to the depths of Somerset, Eileen Wise discovers in Babington House a luxury retreat familiar to many a star.

A country retreat set in 18 acres of Somerset’s rolling hills, the picture perfect Babington House estate was built in the early 18th century and includes the main house, a coach house and stable block as well as a small chapel. In 1998 it was converted into one of the first modern, trendy country house hotels in the UK and is part of the Soho House group of hotels and private members clubs.

There are 32 stylishly decorated bedrooms, with no two the same. The swankiest and largest rooms are in the main house. We stayed in the adjacent old stable block. Our elegant bathroom was generously supplied with Cowshed toiletries and the shower was big enough to hold a party in, and there was a lovely claw-legged Victorian style bath.

There are also three split level rooms with their own hot tubs in walled private gardens just two minutes away from the main house along pebble paths and a luxury, more private, wood cabin that sits on the lake in the centre of the grounds.

Wining and Dining at Babington House

The main house is home to a spacious, laid back restaurant with large windows looking out on the lawn that leads down to the lake. We had a most enjoyable dinner at a window table but what really impressed was the magnificent buffet breakfast with mouth-watering pastries, fashionable chia porridge, meat, cheese, fresh fruit and healthy fresh juices and shakes. If all that is not enough for you, they’ll rustle up an eggs benedict, smoked salmon and scrambled eggs, a full English and a myriad of other delicacies.

Every day they also serve a complimentary tea with the most delicious and moreish cakes. It is hard not to indulge too much but you really won’t want to spoil your appetite for dinner.

For more ideas of UK hotels with a sense of history, read Roger and Eileen’s Sleeping with History: Beaverbrook Hotel.

Babington House attracts a lively crowd of both locals and Londoners. The library room has a horseshoe bar and a welcoming, cosy fireplace, where we had a delicious light lunch. Members of London Soho House clubs come to Somerset at the weekends, so you’ll always find a buzzing atmosphere in the bar where they concoct the most splendid cocktails.

It’s not surprising that many well-known people have chosen to get married here. There’s the single knave chapel opposite the house and all the amenities of a five-star hotel to hand. Actor Eddie Redmayne wed Hannah Bagshawe here, Zoe Ball married Fat Boy Slim, and James Cordon tied the knot with Julia Carey. Even the Beckhams were spotted a few years ago having spa treatments and a romantic dinner.

Dogs and children are very welcome too. Parents wishing for a bit of peace and quiet can drop off their little ones from one upwards at “Teeny House”. And there’s “The Loft” for children aged eight and up where friendly staff will watch over them while they play on the Xbox, watch a flat screen TV or enjoy the children’s library along with good old-fashioned games.

For those fancying a bit of active exercise there’s a well-equipped gym, bikes, a tennis court and two swimming pools – one inside and one outside – both are heated, so even a dip in colder weather is possible with the mist rising off the surface of the water.

The place also has its oases of calm. The Cowshed spa has charming therapists and a relaxed atmosphere that instils a deep sense of well-being. My massage was divine and all the tense knots in my neck and back melted away under the magical hands of a firm massage. The spa menu is varied with a variety of facials and massages to choose from as well as manicures and pedicures. The relaxation area of the spa also looks out on a beautiful walled garden that at this time of year was misty and full of autumn hues.

Another form of welcome entertainment is the private and rather plush cinema where films are screened every day for guests and Soho House members. They show new releases as well as old movies – an enjoyable way to spend a rainy afternoon. You should check the schedules before you go.

A selection of wellies in all sizes are stacked on racks at the back door of the main house for those who want to walk the footpaths in wetter weather. There’s pretty woods and meadows in the grounds and when we were there a family of swans were swimming gracefully on the lake.

The villages of Upper Vobster and Kilmersdon with their attractive stone cottages are nearby and Frome, a ten-minute drive away, has a museum, shops, pubs and weekly farmer’s markets. Longleat Safari Park is only a 20-minute drive – so there is plenty to do nearby.

Somerset is a beautiful county and Babington House is a most splendid base for those who want to explore or for those who simply want to hunker down and enjoy all it has to offer.