The Man Behind the Storm: Alan Highton

Alan Highton has made it possible to visit Catatumbo in western Venezuela, one of the most overlooked natural wonders of the world, where for much of the year spectacular natural thunderstorms fill the skies with light. 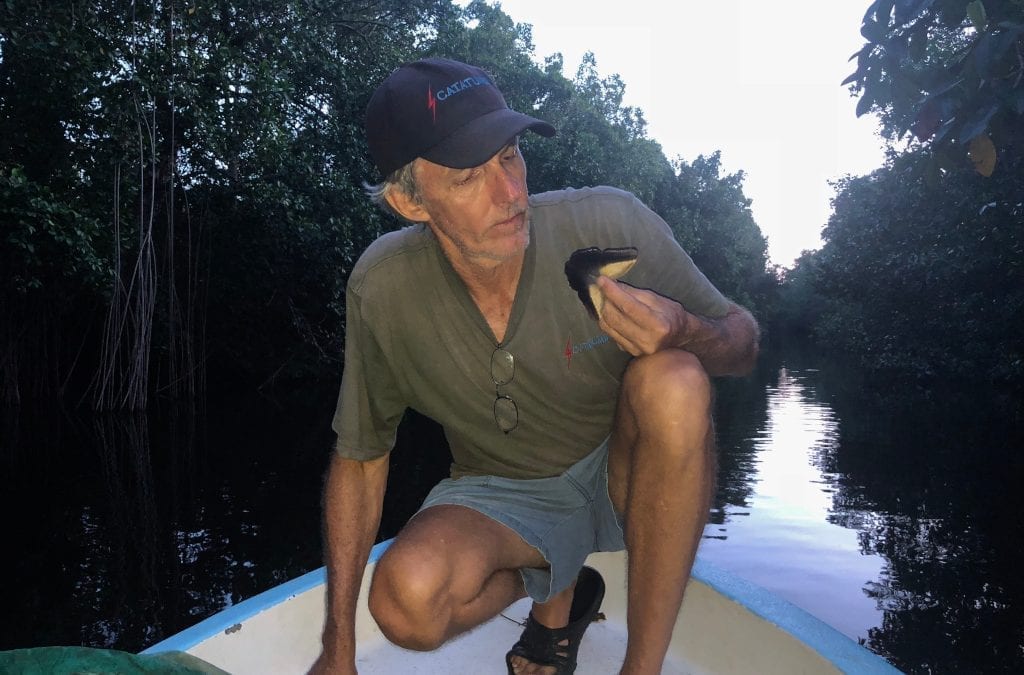 The Man Behind the Storm: Alan Highton

Alan Highton has made it possible to visit Catatumbo in western Venezuela, one of the most overlooked natural wonders of the world, where for much of the year spectacular natural thunderstorms fill the skies with light.

Alan, tell us about yourself.

I’m 55, from Barbados originally, with 37 years in Venezuela and totally in love with the country. Ever since I was a boy I’ve been interested in nature and wildlife. Working in ecotourism has been a perfect opportunity to develop activities, wildlife observation and photography. I have a wife, three kids and three grandkids and, when not working, live in Merida.

Why did you decide to bring people to Catatumbo?

Well, my interest in wildlife is much more in the lowlands, in particular the butterflies and birds of the Lake Maracaibo area. I’ve had the privilege of pioneering a natural phenomenon capable of becoming as big as any natural attraction in the world.

Why do you think it isn’t better known?

Venezuela’s biggest problem with tourism is the petroleum. Tourism has not developed basically because the country has not felt the need for it. Now we hope to be protagonists in that change.

Can you give us some essential facts about the Catatumbo electric storms?

I hope to break many myths about the Catatumbo lightning. There’s the false belief that it only occurs in a small area, then there’s the misconception that the storms are thunderless and also the mistaken fear that the Venezuelan Catatumbo is affected by the violence of the Colombian upper-half of the river.

Actually, the storm covers an area of 5,000 square kilometers. The lightning activity is not constant; it is nocturnal. It is not thunderless. All lightning produces thunder, but most people observe it from afar – beyond 30 kilometres lightning is no longer heard. Sadly, there is still violence on the Colombian side of the Catatumbo river basin, but that does not affect the Venezuelan side at all.

To find out more about the Catatumbo electric storms, read Mark Heath’s experience of them here. Also, read about Merida Venezuela and the Highest Cabe Car in the World.

Tell me about horizontal lightning?

Normal lightning has small branches and comes down vertically, but with horizontal lightning the branches extend up to 100 kilometres parallel with the ground.

What else is of note in the area?

Venezuela’s Catatumbo is much more than just lightning. After more than 30 years of touring people from all over the world, I’m sure that the combination of the largest lake on the continent, protected virgin tropical forest, mangroves and fishing villages on stilts in the middle of nowhere, plus the magnificent lightning gives the area one of the greatest potentials for tourism on Earth.

How can tourism help the lives of the local people?

The main part of my experience is in the village of Ologa in the southern portion of the lake. This has given me the opportunity to make a social difference. Coming regularly from outside there is much we can do and much we have done to improve the lives of the local people, such as taking fresh vegetables over there.

How do you rate Venezuela, in general, as a tourist destination?

My own sincere opinion is that from a naturalist’s point of view no other country can match Venezuela: the scenery, adventure, biodiversity. If you take only the western region of Venezuela, where I am, there is a combination of: the life-boiling Llanos, the grassy plains to the south west with their wildlife reserves; the beautiful Andes of the Merida region; and the Catatumbo. The combination of these three would be hard to beat anywhere in the world.

Do you have any plans for the future?

For the immediate future, to keep the trips to Catatumbo active. When there is little or no lightning, (December to April), I return to Barbados to work in tourism there. In the distant future I plan to put together all the audio-visual material I have accumulated and make a complete documentary about the Catatumbo area. I also plan to write a book about my 40 years’ experience in Venezuela.

To contact Alan Highton directly write to: [email protected] or you can call him on +58 414 7562575 or see his photos on his instagram page.