Adam Jacot de Boinod travels to the capital of the Portuguese island of Madeira, Funchal, to discover a place replete with history and literary overtones. 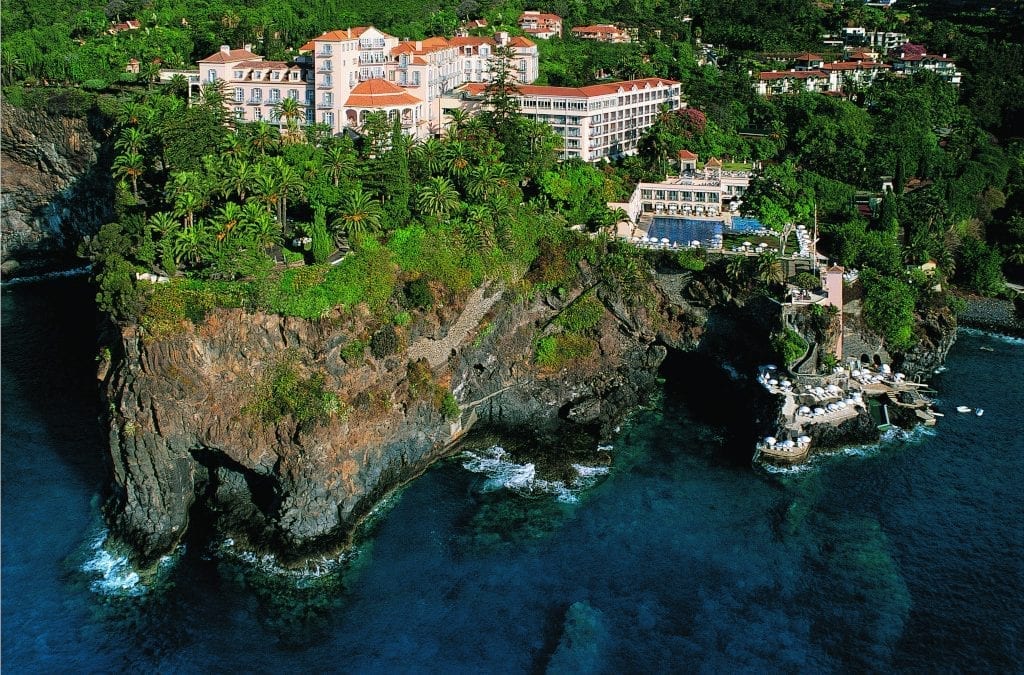 Adam Jacot de Boinod travels to the capital of the Portuguese island of Madeira, Funchal, to discover a place replete with history and literary overtones.

I hadn’t realised that Madeira is best known as the birthplace of Christian Ronaldo, the footballer, nor that he was named after Ronald Reagan his father’s favourite actor. But I could quite imagine that he comes second of us all with his 116 million instagram followers.

The island is next best known perhaps for its fortified wine. I developed a real liking for it especially the ‘Blandy’s 10 Bual’. I found it a sweet, aromatic, sensual and complex wine, like port with its inebriating potency. Blandy is a British-Madeiran dynasty like Reid, and it’s a name that appears behind much of the island’s commercial interests.

Meaning ‘fennel plantation’ and very much the dominant centre of the island, Funchal, the capital, is home to flower sellers obliged by law to wear their distinctive red and yellow striped skirts along with a red bolero and a red cape. They certainly stand out in their famous ‘Festa da Flor’ Flower Festival in May. It’s a highlight of the Madeira calendar and includes a children’s parade in which each child carries a single flower to put in a ‘Wall of Hope’ in order to call for peace in the world.

I was to stay beyond Funchal’s main promenade at the magnificent salmon pink edifice, known as Belmond Reid’s Palace. It belongs to an elite list of the world’s glamorous historic grand hotels, alongside London’s Ritz, Istanbul’s Pera Palace and Havana’s Nacional. It’s steeped in history with its many distinguished guests such as George Bernard Shaw, who signed up for dancing lessons at the ripe old age of 71; Churchill, who stayed in 1950 to write some of his memoirs, and by his presence gave the island a much-needed commercial boost, and Thatcher who doubtless came for a much-needed break. And it was the choice of residence for General Batista, Cuba’s long-term ruler after the revolution as he took the entire third floor of the hotel for his family and entourage of six bodyguards for the tidy sum of £750 a week.

It’s like heaven on earth with a veritable garden of Eden, as it took me down its seductive cobbled paths full of exotic plants. I was stopped in my tracks by a purple and turquoise ‘jade vine’ bud cascading from its branch that looked so unreal as to be fanciful. Every inch of space is clearly used to maximum effect with plants bearing fruits such as avocado and banana, papaya and orange.

If you’re the adventurous sort then take a cable car all the way up to Monte from Funchal and then a toboggan ride half the way back down. Toboggan jockeys or sledge runners called ‘carreiros’ take tourists on a two-kilometre descent in a greased wicker basket at a cost of £26, reaching speeds up to 30 mph. They’re dressed in white trousers, sport their straw boaters and special shoes to give them traction with rubber soles to act as brakes and possess an attitude, like Venice’s gondoliers, that gives off an air of assurance and indifference.

With Atlantic Pearl I boarded a catamaran to see the whales, dolphins and turtles out to sea. What a treat to experience the Atlantic waves before I strolled along the long promenade of the seafront to its winning combination of birds chirping and dogs barking. All generations were enjoying, in respectful harmony, their own preference for recreation: be it prams pushed, footballs kicked, lovers ambling, professionals on their mobiles, daddies relieving the mother’s duties, the retired pottering or the aged rickety on their feet. The ‘seven ages of man’ in one fell swoop.

Here, I came to the Design Centre Nini Andrade Silva. Set high up on a second floor it’s now a panoramic restaurant, both stylish and contemporary and acting as a cool backdrop to its warm staff. The brown, white and black décor was a pattern of monochrome that echoed some of the town’s baroque squares, churches and civic buildings. The lights of the Funchal hills twinkled all around me and, with jazz tickling my ears and plump vast cushions propping me up, all my senses were engaged to prepare me for the taste of dinner to come.

Only 20 minutes from the airport and set beneath the city’s western escarpment, was my next place to stay, the Quinta Jardins do Lago.

The gardens have stems of Tree Ferns with names such as Dwarf Tree and Crocodile ferns; flowers such as Jade Vine, Black-Eyed Susan Vine and Golden Trumpet, Bleeding Glory bower and Corkscrew Flower, and succulents include Spanish Dagger, Blue Chalksticks and a Mother-in-Law’s Cushion.

The hotel’s heated swimming pool was lined with couples reading large printed large paperbacks to be recycled, as is the trend, on the bookshelf by the pool.  Chapters were being continued after dinner with a nightcap around the piano. Perhaps they had been persuaded to go for the excellent recent novels set on the island of either Chipset by Lior Samson, Tango in Madeira by Jim Williams or The Malady in Madeira by Ann Bridge. I was instantly enamoured with the hotel’s 61-year-old mammoth tortoise called Colombo who has roamed freely ever since being let out of a previous owner’s son’s pocket on his way back from the Galapagos. When I say mammoth it actually takes four grown men to lift him.

If you enjoyed Mike’s adventures in Madeira, then try his Guernsey Holidays with a Side Trip to Sark.

For general tips on the island I suggest Christopher Catling’s Eyewitness Travel Top 10 Madeira as the best guidebook.

Though there are the inevitable imports to such a far-flung island, the food is locally sourced and so the cost of living to locals and tourists alike should prove reasonable.

Don’t go expecting beaches or nightclubs, but for an even quieter time of things check the weather before embarking on an ocean boat trip. The climate is a steady 25C in summer and 17C in winter (when you can get as much as two more hours of daylight than in Britain). However the weather is changeable with clouds scudding by so I recommend taking a selection of lightweight clothes as it’s all about layers.

Don’t drive around Funchal unless you’re fully briefed on directions as the steep narrow lanes can require you to reverse to let a school bus through when even a Smart car would be a squeeze.

Find the best deals on flights and hotels in Madeira using our comparison engine, which scans all the major booking sites.

Classic Collection Holidays (0800 047 1064;) offers three nights at Quinta Jardins do Lago and three nights at Belmond Reid’s Palace from £1398 per person. Price based on two sharing on a bed & breakfast basis, all private transfers, or car hire, and return flights from London Gatwick. Departs 10 May. Alternatively, for the best hotel and flight deals to Madeira, try our booking portal.

Adam had further support from www.gatwickexpress.com and www.holidayextras.co.uk (who offer airport lounges at all major UK airports and many international destinations). Photos by Emma Ball and from Belmond Reid’s Palace. 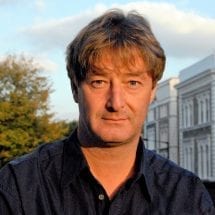 Jacot de Boinod worked on the first series of the television panel game QI. After leaving he began to investigate other languages, examining 280 dictionaries and 140 websites. This led to the creation of his first book of three in 2005, The Meaning of Tingo, featuring words that have no equivalent in the English language. He is now a regular international travel writer and luxury hotel reviewer, having written for the Daily Mail, the Mail on Sunday, The Daily Telegraph and numerous travel print and website publications.