Lynn Gail visits the Manggarai people on the Indonesian island of Flores, where an age-old Caci ritual of whip fighting symbolises new life. 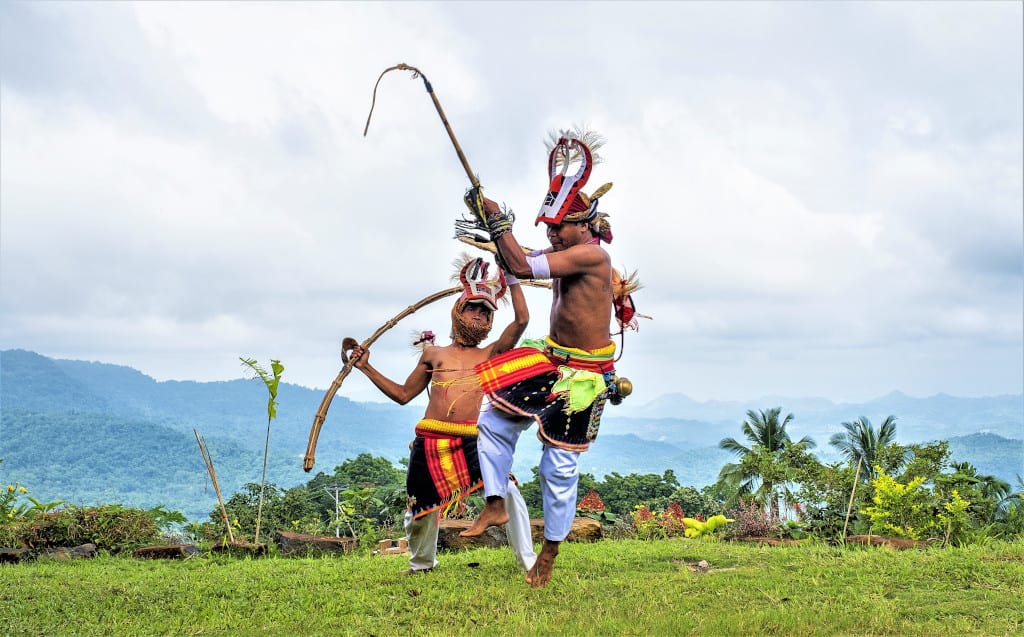 Lynn Gail visits the Manggarai people on the Indonesian island of Flores, where an age-old Caci ritual of whip fighting symbolises new life.

The horizon comes in and out of view as our driver navigates tight, hairpin turns to climb 450 metres above sea level to reach the Manggarai tribe on Flores Island. I’m trying to focus straight ahead and not on my rising queasiness. Relieved and pale faced, we finally arrive at Melo Village where an excited community greets us, draping intricately woven textiles around our shoulders as we’re led to a long wooden hut.

It’s our final morning of a 12-day cruise sailing around Indonesia on the luxury phinisi schooner, the Ombak Putih (white wave) with SeaTrek Sailing Adventures. And I’m under-prepared to watch two men whip each other in an age-old battle to inflict pain and cause bloodshed.

“We are pleased of your coming”, the village head, Yoseph Ugis welcomes us. He has the quiet strength you would expect from a tribal leader as he begins the ceremony. “We know you’ve travelled far, passing through sky, the vast blue ocean, climbing the mountain and passing the river,” his gentle voice floats around us as we sink deeper into the plump floor cushions, “we invite you to take tuak, to refresh and release your tiredness.”

Ugis has a mischievous grin as he hands out betal nuts to each of us before the tuak (rice wine) is served. Sudden flashbacks of red tongues, toothless grins and glassy eyes, seen throughout Asia come to mind. Tentatively I bite down on the small hard shell. It’s like chewing on a rotten wooden pencil. Bitterness spreads, before I spit out the crunchy shell – the tuak helps to wash down the aftertaste. Ugis laughs at our screwed up faces, “you’ve come to watch our traditional whip dance, come, enjoy.”

The Caci ritual, unique to Flores Island, used to be performed during Penti, a three-day festival held after harvest at the end of each agricultural year. Never performed as an individual event, the contests could last up to three days and were always accompanied by drums and gongs, and the sacrifice of animals to bring in the new season. The rituals were also used to settle conflict between local villagers for land ownership. The Caci dance now takes place on Indonesia’s Independence Day, at weddings, to celebrate birth and to say farewell to the deceased.

Being April, the tail end of the wet season, there’s a festive mood as we head to the grassed area. The morning’s rains have cleared, and the deep valley below creates the perfect backdrop to watch a tribal ceremony. Village women are playing ‘mother’ to a newborn while the older village men, with their fighting days behind them, keep the young children busy, teaching them how to read.

We take our ringside seats, as the fighters begin their warm up in the tropical heat. Each piece of equipment has a symbolic meaning. The whip, made with a rattan and leather covered handle, is seen as phallic, depicting male sexuality. The bamboo shield, covered in buffalo hide, represents the female – its roundness symbolising the womb.

Chief Ugis joins me, “this is not just a display of their manlihood – to us it’s the meaning of creation.” He looks on like a proud father, “when the whip strikes the shield, it shows sexual unity and the promise of future life,” he pauses, flashing a cheeky grin. “A hit on the face or head is counted as a loss, but a strike on the back of the bare torso is a win, a positive sign showing our next year’s harvest will be prosperous.”

The atmosphere becomes tense as each man covers his head with a padded mask for protection. Adorned with two horns, the mask represents the strength of a water buffalo. The gongs and drums the women have been playing, stop.

Like two bulls fighting for a female, the Caci fighters charge back and forth, filling the air with dust as they shuffle their feet. A string of bells worn around their ankles creates a gentle ding, in antithesis to the fighter’s raw energy. A short silence is followed by a sharp swish of the whip, as the aggressor jumps five feet in the air, missing the defender’s body as he strikes the shield in full force.

The ritual continues for four rounds with the same aggression built up with each attack, until a winner is declared and new opponents face one another.

Thankfully the men are adept at protecting themselves from the violent whip and I’m relieved there are no gashing wounds, only raised, swollen welts. Ugis tells me, even though it’s a festive event, the Caci has a serious function. The blood shed is considered as an offering to the ancestors who will ensure the fertility of the land for the next harvest.

Before departing, we are invited to join the women in the harvest dance, tetek alu, a traditional bamboo pole jumping tradition. We are no match for their fast, experienced leg work as they jump over long bamboo sticks lying on the floor. As I say goodbye, it’s not the strong tuak that has warmed me, but the palpable sense of community. On the descent I focus less on the steep switchback roads and more on the Manggarai people and their timeless beliefs that band them together.

Further information on sailing around Indonesia

Things to Do in Verona on Foot 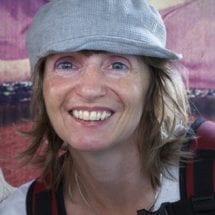 As a travel photographer and writer, Lynn's journeys have taken her into the humblest of homes where the only furniture is the floor on which welcoming villagers serve food they need for themselves. She has stayed in luxurious, opulent surroundings and experienced ‘how the other half live’, to realise she's more at home next to a campfire on the Aboriginal homelands in East Arnhem Land, surrounded by the world’s oldest living culture. Based in Perth, Western Australia, she writes for several international and Australian travel publications, and supplies imagery to the Lonely Planet Image collection (Getty) and Robert Harding World Imagery. Lover of soulful laughter, swimming and the ocean, clean food, suspenseful movies, and Earl Grey tea. www.lynngail.com; www.instagram.com/lynn_1_gail/