Daisy MacQuoid sifts through the many Thai festivals held every year in the Asian kingdom and shortlists five of the most distinctive festivals you need to see to believe. Daisy MacQuoid sifts through the many Thai festivals held every year in the Asian kingdom and shortlists five of the most distinctive festivals you need to see to believe.

Thailand truly is a special and marvellous country.

With a record 38.27 million tourists last year, and an expectation that this number will reach 40 million this year, Thailand has become one of the most visited countries in Asia according to the Bangkok Post. Many visitors come to experience the country’s ancient culture and traditions as well as its famous beaches.

One way the country preserves its heritage is through its Thai festivals. So, here are five of the most distinctive festivals in Thailand you need to see to believe.

If you’ve ever travelled around Thailand, you will have likely seen monkeys roaming around temples. But have you ever seen a festival dedicated to monkeys? The Toe Chin Ling or the Monkey Buffet Festival is an annual festival in Lopburi hosted in front of the Phra Prang Sam Yot Temple. Troops of monkeys that live in and around the historic temple are offered a buffet of rice, fruits, and even ice cream every November. The Monkey Banquet started as a gesture of gratitude to the monkeys for bringing in tourists all year long. Now it is a major tourist attraction in its own right.

This one is not for the faint of heart. The Phuket Vegetarian Festival, also known as the Nine Emperor Gods Festival, is an annual Taoist feast where locals not only give up meat for nine days but some even practice public self-mutilation. The main attraction for this lively and loud celebration consists of locals piercing their cheeks with swords and walking over hot coals. It is believed that they feel no pain as they are possessed with the purifying spirits of the Nine Emperor Gods that protects them from scarring or bleeding. This is celebrated at the end of the ninth month of the Chinese calendar, so it typically falls within September and October.

Thailand’s Festival of Lights is one of the most stunning sights to behold in Asia. The Loy Krathong happens during the 12th full moon of the year (usually November). Locals make baskets out of banana trunks and light candles on them before they release the baskets to flow downstream. Another distinct Festival of Lights tradition happens at the same time in Chang Mai during Yi Peng when thousands of floating lanterns are released simultaneously at night under the moonlit sky. This is one not to be missed for sheer spectacle.

The most well-known of Thai festivals, Songkran 2020 or the Water Festival, is a Buddhist New Year’s celebration. The Pattaya Mail reports how people all over the country take part in this feast. It is most famous for the raucous water fights, signalling the end of the dry season. Even with the modernity and sophistication Bangkok as a city has achieved, thousands of establishments willingly close to give way (and participate) in the very wet Songkran Festival.

Held in Thailand’s north-eastern Isaan region, no holds are barred during the extraordinary Rocket Festival or Bun Bang Fai where mud fests, cross-dressing parades and dirty humour combine with launching hundreds of huge home-made rockets high into the skies. This tradition is held every year by farmers to honour the god of rain, Phaya Taen, who will make the rice fields fertile again after the dry season has ended. The higher the rocket shoots into the sky, the more auspicious the weather will be for the crops, and should a rocket fail, its team is mercilessly thrown into a pool of mud.

Where to Stay in Thailand for Thai Festivals

Find the best deals on hotels in Thailand using our comparison engine, which scans all the major booking sites:

For more information on Thailand, including other Thai festivals:

Download our free Essential Thailand Travel Guide or browse the website of the Tourism Authority of Thailand. 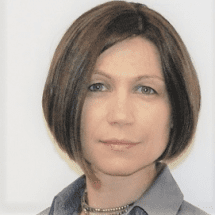 Daisy MacQuoid is a former Boston-based strategist at an advertising firm. After spending more than a decade in the industry, she decided to make the leap towards becoming a digital nomad, now travelling the world as a freelancer marketer. In her spare time, she enjoys yoga and cooking.