Robert Spellman visits Stanley Kubrick: The Exhibition at the Design Museum London, an extensive retrospective on the work of one of the twentieth century’s greatest filmmakers. 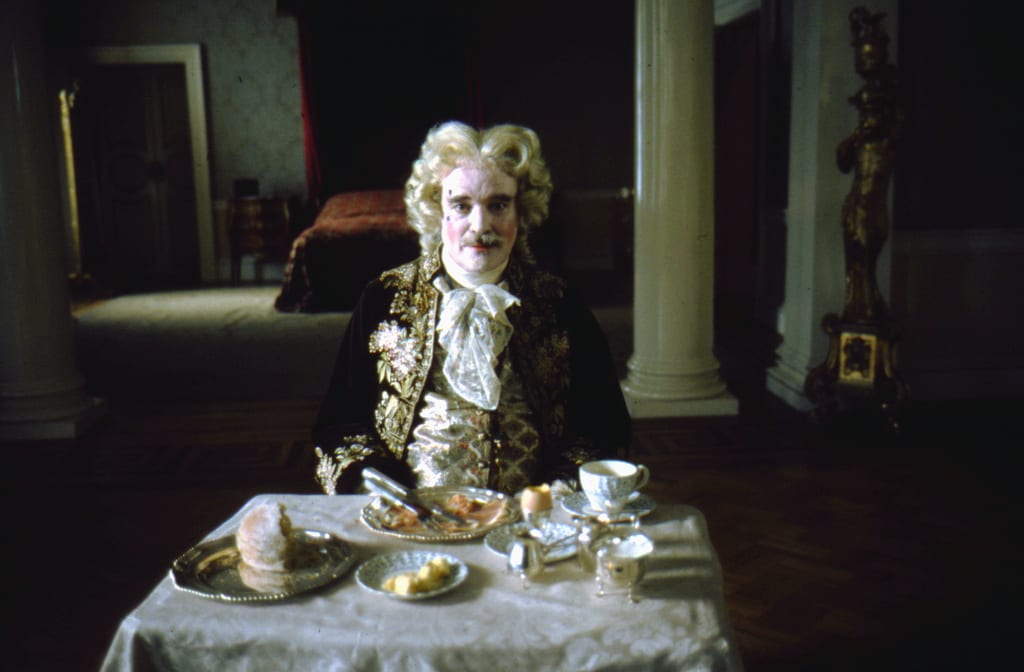 Robert Spellman visits Stanley Kubrick: The Exhibition at the Design Museum London, an extensive retrospective on the work of one of the twentieth century’s greatest filmmakers.

The phrase “he’s done his homework” was never better applied than to film director Stanley Kubrick, whose perfectionism and thorough preparation for his movies edged the pathological, but was just the stuff to be expected from a great auteur. As a result, a tonnage of “Kubrickana” has been generated over his near 50-year career.

Stanley Kubrick: The Exhibition, on tour since 2004, is summering at the Design Museum London. It has been drawn from a fraction of Stanley Kubrick’s archives, one that filled his sprawling Childwickbury Manor, the Hertfordshire pile he bought in 1978 and home until his death in 1999. The American had been a UK resident since the early 60s.

We get to see what lay behind those pristine, strangely lonely masterpieces that haunt us so. Within spaces individually devoted to The Shining, A Clockwork Orange, Barry Lyndon, Spartacus, Full Metal Jacket, Eyes Wide Shut, Dr Strangelove and 2001: A Space Odyssey is a wealth of notes, storyboards, costumes, posters, fan letters and what-might-have-beens – as Clockwork Orange’s lead thug Alex, Malcolm McDowell is photographed in four alternative hats to his eventual bowler; part of Kubrick’s collection of books on Napoleon, research for a movie that never was, dauntingly line two long shelves.

And situated about are the props – 2001’s apeman costumes and the psychopathic HAL 9000 computer, the rocking phallus and grotesque female furniture mannequins of Clockwork Orange, Nicholson character Jack Torrance’s chunky Adler typewriter from The Shining and the 18th century-style costumes from Barry Lyndon.

In glass boxes are the huge lenses Kubrick devised for shooting in candlelight, old school movie cameras stand in corners and present is entire editing suite used for Full Metal Jacket. There’s also some intriguing tat, such as a handwritten letter dated 1972 from a priapic gentleman from Middlesex, saying he loved the sex in Clockwork Orange but not the violence. We are informed that Hardy Aimes was costumer for 2001.

Napoleon: the Stanley Kubrick Movie That Never Was

Napoleon illuminates Kubrick’s methods, in fact. Unsurprisingly, the director was obsessed with the emperor, another “my way or the highway” visionary and researching the project read hundreds of books on the subject. He even created an exhaustive card index detailing Napoleon’s life; where he stayed, who he met, what he ate and even what the weather was doing.

Nicholson was pegged for Bonaparte, Audrey Hepburn for Josephine and Kubrick, who’d picked Romania to shoot, had started negotiations with the Romanian army to provide 40,000 extras as infantrymen. “I wouldn’t want to fake it with fewer troops because Napoleonic battles were vast,” he clarified. But after two years of serious graft the backers pulled out after a similar movie flopped.

We can marvel, but with a shaky smile actress Shelley Duvall recounts being “changed” by Stanley’s methods and in the same 30-minute Shining documentary, Nicholson shoots a devilish wink at the camera as Kubrick takes him to one side for a chat, but does look a shade worried.

We enter the show through an installation of screens demonstrating the director’s innovations with one-point perspective along the patterned carpet of The Shining and the psychedelic light corridor of 2001 and immediately get that this is “maximum Stanley”. Yes, the exhibition is nakedly hagiographic, a toast to “great man art-making” making art about men from all walks and all epochs – soldiers, spacemen, delinquent youths and crazed scientists.

Kubrick has been attacked for misogyny and bar the odd letter from a Christian group this is an area the show sidesteps. Sadly, such attitudes tend to go with the territory, but it is also a place that bears great gifts.