Mark Bibby Jackson takes time off from his Speyside whisky tour to celebrate the delights of the Balmoral Hotel's Brasserie Prince by Alain Roux, and savours every moment of the culinary experience. 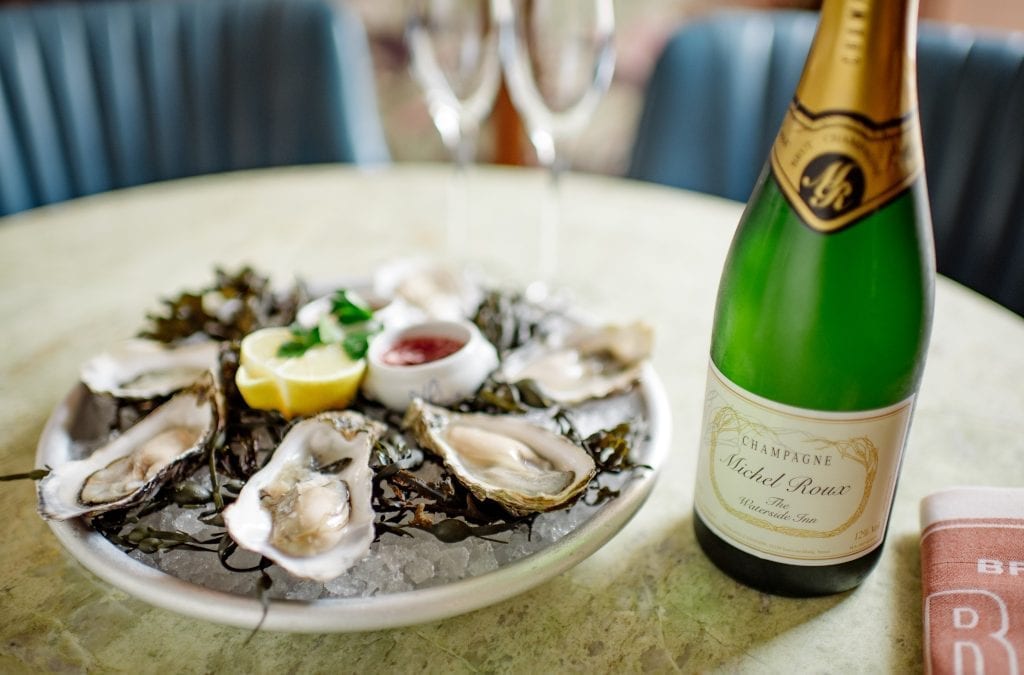 Mark Bibby Jackson takes time off from his Speyside whisky tour to celebrate the delights of the Balmoral Hotel’s Brasserie Prince by Alain Roux, and savours every moment of the culinary experience.

There are times when you bite into a dish and your mind goes completely blank. It’s as if every meal you have ever had before has been leading to this moment, and all you can do is savour the moment – and be thankful.

Such was my experience as I tasted the Amoricaine monkfish with Camargue wild rice and tenderstem broccoli, at Brasserie Prince by Alain Roux. The word moist is supposed to be one of the most unpopular in the English language – particularly when applied to food. It turns my nephew, who is a bit of a foodie-cum-drama-queen as well as an excellent cook, nauseous. Up until this point, I had no such problem with the word, which I feel adequately describes so much of the food you are served. However, to describe this dish as moist would be like describing Beethoven’s Fifth as noise. Succulent and juicy, the flavour literally flowed out of the meaty fish with each cut or bite. There it entered an equally dazzling fish sauce upon which lay the perfectly cooked broccoli and rice.

Fortunately, this quite wonderful dish was not my starter, otherwise the scallop ceviche would have been totally overwhelmed. Which would have been a pity, as the thick sliced scallops served with a tart yuzu vinaigrette, with crunchy pink peppercorns added to provide vital textural juxtaposition, was in many respects as equally good a dish. Indeed, one of the waiting staff said it was her favourite dish on the menu. But it was not the monkfish.

Brasserie Prince is part of the elegant Balmoral Hotel that dominates one end of Edinburgh’s Prince Street, and makes an excellent location for enjoying the Edinburgh Fringe Festival. The restaurant claims to be a new design concept that marries the magnificence of French cuisine with the finest Scottish cuisine. It is the brainchild of Alain Roux and his father, the legendary Michel Roux, and one that cements the close ties the French and Scottish capital had long since had.

Certainly, if you were blindfolded and led here, you might well believe you had been transported to the streets of Paris, such is the brasserie’s elegant ambience and proliferation of fresh fruits de mer. It is only when you are served that you realise you are still in Edinburgh as most of the staff seem to be Italian.

My main waiter, Roberto, who hailed from Sardinia, guided me through the menu with a steady hand. Pushing me towards the monkfish when I had been deliberating on whether to try the truite meuniére.

He proved equally reliable with his choice of wines, a Chablis Selection Roux, which was made of 100% chardonnay grape, with a strong noise but delightfully light taste that complimented the ceviche perfectly. This was followed by a Valpolicella to accompany the monkfish. I must confess I would never have chosen this wine without Roberto’s partisan prompting. And, his selection proved as reliable as it had with the fish itself.

The light red wine supplemented the flavour of the fish that oozed its juices much like a prime steak would its blood. It was so perfect that I did not even contemplate adding any seasoning, and I am a bit of a peppercorn addict. The finishing touch was provided by the wild rice that gave a wonderful graininess to the dish.

For dessert, I opted for the opera cake washed down with a sweet Italian wine that proved another of Roberto’s divine inspirations. Normally, I don’t like dessert wines but this one paired extremely well with the coffee-steeped dessert.

Prices at Brasserie Prince compare reasonably with other top-end restaurants, especially when contrasted to London. Where there is no comparison is in the quality of the fare in offer. A real treat.