Take a journey around the world of film with a brief look at the upcoming Venice Film Festival and its posters throughout the ages. 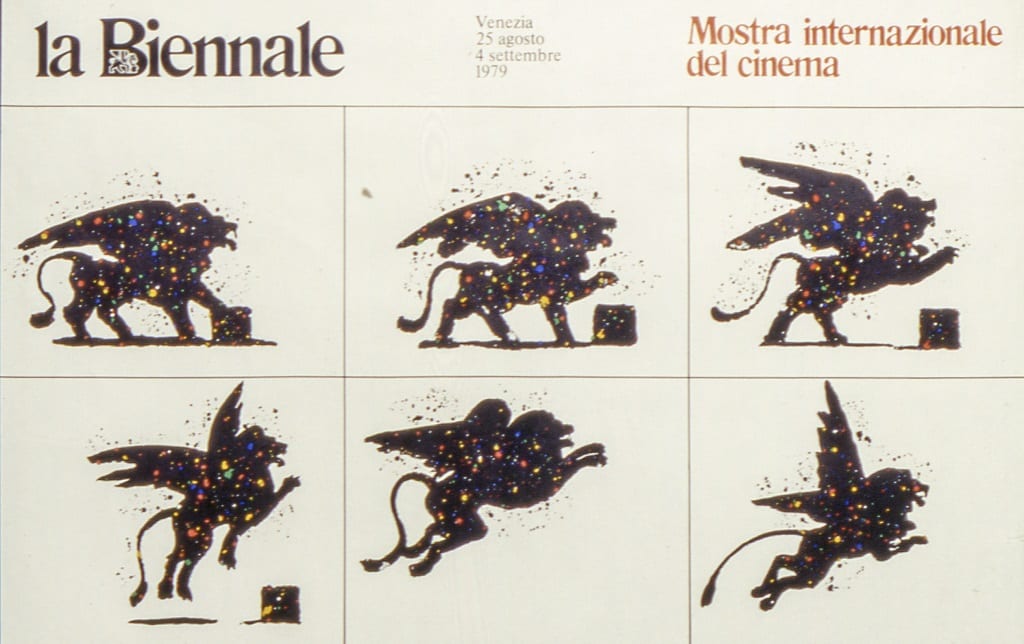 It’s no less than 86 years ago since the famous Venice Film Festival first saw the light of day in August 1932, making it the oldest film festival in the world. On the occasion of its upcoming latest edition, the 76th, we take a brief look at the festival’s history through the lens of its posters and their artwork.

The Venice Film Festival’s first poster in 1932 is also the very first poster for any film festival in the world – and therefore historic. Taking central stage is a large film reel, a powerful graphic image and the ultimate symbol of cinema that will continue to re-appear often until long after digital film had taken over. No awards were handed out at the inaugural edition, but the second one in 1934 saw the introduction of the ‘Coppa Mussolini’ for best foreign and best Italian film. The three editions during WW2 – from 1940 to 1943 – saw only a limited number of sympathising countries of the Alliance participating, and were later invalidated.

During the post-war years of the 1940s, the Festival expanded, saw the return of the USSR as a participant, and the introduction of the iconic Golden Lion of St. Mark for best film. The 1950s was marked with the inclusion of other types of films including entries from India, Japan and Eastern Europe, as well as the rise of important directors and film stars. The 1960s witnessed the arrival of the French New Wave and free English cinema, but also marked the start of a drastic reorganisation and a firm rejection of pressure from politics and commercialisation, up till the last Golden Lion award in 1968.

The 1968 political and social unrest also affected the Venice Film Festival which abolished prizes throughout the 1970s. Yet, it was also during this decade that a Chinese film was screened for the first time at the Festival, and that new side sections were introduced.

The Golden Lion award eventually returned in 1980, marking the beginning of a recovery of the Festival’s international prestige and authority.

The 1980s became the Venice Film Festival’s golden period seeing it expand with the establishment of New German Cinema and the discovery of innovative and unusual types of cinema from countries as varied as South Korea, Norway, Lebanon, Switzerland, Turkey and India. Noteworthy also is the awarding of the Golden Lion to Margarethe Von Trotta, the first woman to receive it.

More innovative events came in the 1990s, such as blowing new life into the Palazzo del Cinema area, turning Venice into the world capital of film. But it’s especially the presence of Hollywood superstars and big productions that characterised the Venice Film Festival’s 1990s editions. This resulted in increased public attendance and more film screenings, parties and performances.

The last two decades of the Venice Film Festival saw yet more international superstars posing on its red carpet, from the ‘Brangelina’ couple overshadowing all other stars in 2007, to Salma Hayek, Jackie Chan, Kate Winslet, the recently departed Rutger Hauer and countless of other stars who made film history. Once again, from 2006 onwards, the Festival screened world premieres of films for the first time since the Second World War. It’s also during this period that new, innovative sections were added such as ‘Cinema of the Present’ awarding debuts and innovative films, ‘Upstream’ showing work of great originality, and ‘Digital Cinema’ introducing new digital technologies in film.

Whatever the successes and pitfalls of the Venice Film Festival, it’s undeniable that its Golden Lion has become one of the most coveted awards in international cinema while the Festival itself has helped to shape the history of cinema with its continuous discovery of new talent and trends in filmmaking.

The Venice Film Festival is part of the Venice Biennale.

For more information on the Venice Film Festival: