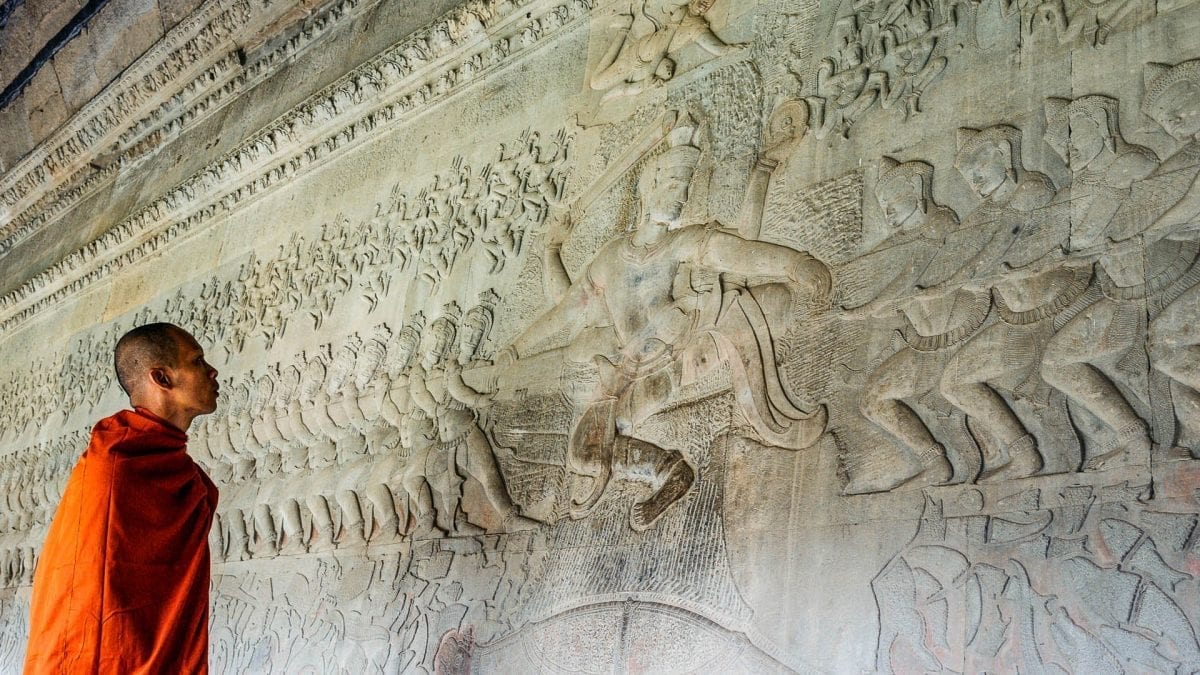 4 Festivals in Cambodia Not to Miss

The Cambodian calendar is dotted with public holidays – so many that the government recently announced from 2020, the number will be slashed from 28 to 22. Here are the main four festivals in Cambodia to keep an eye on.

Cambodians love an excuse to party. What better reason than welcoming in the new year, appeasing tortured souls released from hell, celebrating the start of the monsoon rains and predicting the harvest ahead?

The majority of the festivals in Cambodia correlate with the Buddhist calendar and see the country’s cities and urban hubs empty as excited locals return to their home provinces to celebrate with relatives and life-long friends. Here are the main four festivals in Cambodia.

Also known as Ancestors’ Day, Pchum Ben is a hugely celebrated holiday across Cambodia. The full length of the festival is 15 days, with the final three allocated as public holidays, and usually falls between the end of September and beginning of October. During this time, it is believed the gates of hell open and trapped spirits of dead ancestors stretching back seven generations return to earth. Hungry, they roam the land in search of food. During Pchum Ben, Cambodians flock to pagodas with food offerings for monks to pass on to the starving spirits – seven temples are recommended. The public holidays also see Cambodians flock home to spend time with family.

The Cambodia Water Festival is another famous three-day celebration, where the capital fills up rather than emptying out. Hundreds of thousands of Cambodians flock to Phnom Penh – with an increasing number heading to Siem Reap – to watch three days of colourful boat racing. Known as Bon Om Touk, the festival marks the end of the rainy season and start of the harvest moon, falling on the full moon of the Buddhist month, Kadeuk (usually November). The Water Festival in Cambodia also marks the changing direction of the Tonle Sap River – the only waterway in the world to boast this unique trait. Expect crowds, fireworks, concerts and heaps of excitement in the air, with the action centring around the riversides in Phnom Penh and Siem Reap. This means booking accommodation early is essential in both cities.

Cambodian New Year, or Khmer New Year, is one of Cambodia’s main celebrations and stretches across three days – although most locals will take the entire week off. The date varies but celebrations usually start on April 13 or 14. With Cambodia being a predominantly agricultural country, it traditionally marks the end of the harvest season and is when farmers can feast on the fruits of their hard labour ahead of the monsoon rains. Known in Khmer as Choul Chhnam Thmei, Khmer New Year sees Cambodians make the pilgrimage home to spend time with their family. Offerings will be given at temples, huge spreads of food eaten, games played, music blasted and Angkor beer imbibed.

Cambodia is just one country in a region full of the most colourful and vibrant celebrations. Check out the latest Festivals in Southeast Asia.

Also in line with the country’s strong farming roots, Royal Ploughing Ceremony, or Preah Reach Pithi Chrot Preah Neangkol, is an ancient royal rite that heralds the start of the rice-growing season. Held across several countries in Southeast Asia, the date changes annually but falls in May, with it used to forecast the forthcoming growing season and sow the seeds for successful crops. The King usually leads the colourful rituals that see a plot of land tilled with a plough pulled by oxen. After three rounds, the animals are led to rice, corn, sesame seeds, green beans, grass, water and wine. Their choice predicts the country’s harvest for the year ahead. Grains signal good yields for those crops. Wine suggests a slump in crime, water predicts flooding, and grass forecasts the spread of animal disease.