Mark Bibby Jackson spends a night at Hawkstone Hall and Gardens, a manor house steeped in history, thankful that he has arrived before the crowds. 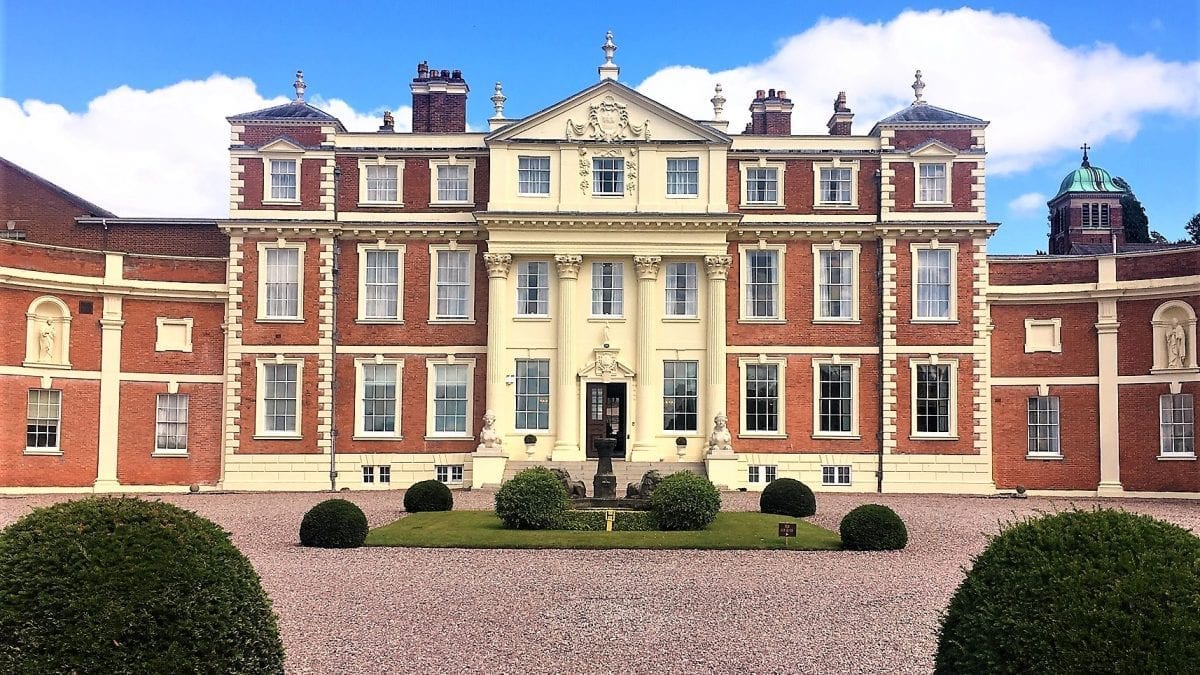 Mark Bibby Jackson spends a night at Hawkstone Hall and Gardens, a manor house steeped in history, thankful that he has arrived before the crowds.

The one word describes the approach up the narrow drive towards Hawkstone Hall and Gardens, an early 18th Century manor house set in the Shropshire Hills. This is pastoral England at its best, with sheep munching away by the side of the road and verdant fields leading down to a beautiful river. At the end of the drive, Hawkstone Hall appears as though it belonged in a Jane Austen novel.

The effect is quite deliberate. For the manor house was built in order to entertain guests from far and near in this idyllic setting. The river it turns out is no river at all, but rather a two-mile lake carved out to be pleasing to the eye.

So, we are informed by James Hawley, House Manager at Hawkstone Hall, as he offers us a glass of sparkling upon entrance for our stay, before rustling up some crab sandwiches for a late lunch on the terrace overlooking the gardens. I’m not sure what Mr Bennett would have said, but I’m sure that Mrs Bennett would have been as impressed as we were.

A Brief History of Hawkstone Hall

According to Denis McBride’s excellent and informative A History of Hawkstone, the current Grade I building was built between 1690 and 1700 for Richard Hill of Hawkstone, although much of its features stem from remodelling later in the 18th Century.

“In the 18th and 19th centuries it was ranked as one of the principle attractions in England, drawing legions of visitors who soon became admirers of its eccentric beauty,” writes McBride.

However, by the end of the 19th Century, the fortunes of the Hill family became somewhat fraught, a situation exacerbated by a perceived slight from one of the many debtors, a certain Vere Somerset, for not being invited to a shooting party. Calling in his debt, he started a chain reaction from which the Hills never recovered. The estate was carved up and eventually sold in 1906.

In the 1920s, the estate was bought by the Redemptorists, Roman Catholic missionaries, who turned Hawkstone Hall into a seminary for spiritual renewal. The chapel dates back to this period, as does the rather awkward 1970s-style annex that served as a refectory for the subsequent Catholic pastoral centre. Graves of some of the priest who lived and worked here can be found in the gardens.

The Distinctly Hospitable Group, current owners of Hawkstone Hall, bought the property in 2017, opening it to the public just before Christmas 2018. The first two phases of the sympathetic project are now complete, with the third, which will include a health centre, set to be submitted to the local planning department later in 2019.

A Stroll around the Grounds

After lunch, I venture to the 88-acre gardens for a post-prandial perambulation, as Dr Johnson might have said. He visited here in 1774 complaining of “horrors” of the precipices upon his ascent.

Originally, laid out by Francis Chambre in the 1720s, after a period of neglect, the pleasure gardens have been lovingly restored by David Weller since 1988. Some of the trees here are quite ancient.

Though nowhere near as impressive as the Estate grounds must have been before their impecunious dissolution, they make for a very pleasant stroll. A path leads straight from the courtyard at the rear of the Hall to a small temple and then on to a shrine. From here it is a short hop to the Stew Pond, which has recently been re-stocked with thousands of fish, James informs.

Tracing my circuitous route back to the hall, I chance upon a small orchard and the priests’ graves before entering the rose gardens with a small lily pond. In total, the walk takes around 30 minutes, something which even the portly Dr Johnson could not complain.

A Tour of the Property

This allows us plenty of time to venture around the rest of the property, guided most expertly by Michelle, mother of James, who followed her son to the property having originally helped out on a pot washing emergency in the group’s sister property, Weston Hall.

Michelle shares her son’s evident sense of personal pride. “I love the door frames, the thickness of the walls,” she says quite spontaneously.

She takes us through the Winter Garden, built in the mid-19th century according to designs by Lewis Wyatt. Originally this had an indoor swimming pool, which has now been converted into what must be the most grandiose ladies’ powder room in the county.

Then, to the Romanesque church built in 1932 by the Redemptorists, which is currently laid out for wedding ceremonies, although it could be used as a dining area as the project takes off.

Eventually, we end at perhaps the most striking feature of Hawkstone Hall, the Saloon. It is here that, after aperitifs on the terrace, we are to dine.

A Meal to Look Up To

Normally, when you describe a meal you focus on the food. Not at Hawkstone Hall.

That is not supposed to be any slur on the fare, which was excellent. I had a roasted celeriac for a main that will live long in the memory, while my dinner companion enjoyed her cannon of lamb enormously. And as for the chilled chocolate delice, well I do not recall ever tasting a better dessert. Rich and dark with a wonderful salted toffee flavour and a crunchy praline brittle texture it simply was to die for.

But the food paled into insignificance when compared with the setting.

Extended and decorated by Roland Hill in 1750, in the Venetian style, it is quite marvellous. I could have willingly stared at the gold-leaf ceiling all evening, and probably did. The room features various reproduction portraits of the hall’s previous owners as well as works by the 16th Century Venetian painter Paolo Veronese. It is simply made for dining.

Get Here While You Can

According to James, the owners are taking a slowly, slowly approach to the whole project, which goes someway to explain the lack of other guests here during our stay – we noted two other couples.

This is part of the charm of Hawkstone Hall, a wonderful sense of solitude allows you to soak up the pastoral setting and the refined elegance of the place. I doubt that this will last long. Hawkstone Hall and Gardens is just far too good a venue for a break to stay under the radar for long.

Certainly, once the health centre is built and the wellness crowd discover the property, accommodation will become much sought after. My advice is to get here while you can. For, Hakwstone Hall is sure to regain its mantle as a place to stay, if not throughout the land, then at least in this little part of England.