Johan Smits discusses abandoning flying with flygskam or flight shaming movements in the UK and Sweden.

Travel Articles > Travel Destinations > The No Fly Movement and Flygskam: What Is It? 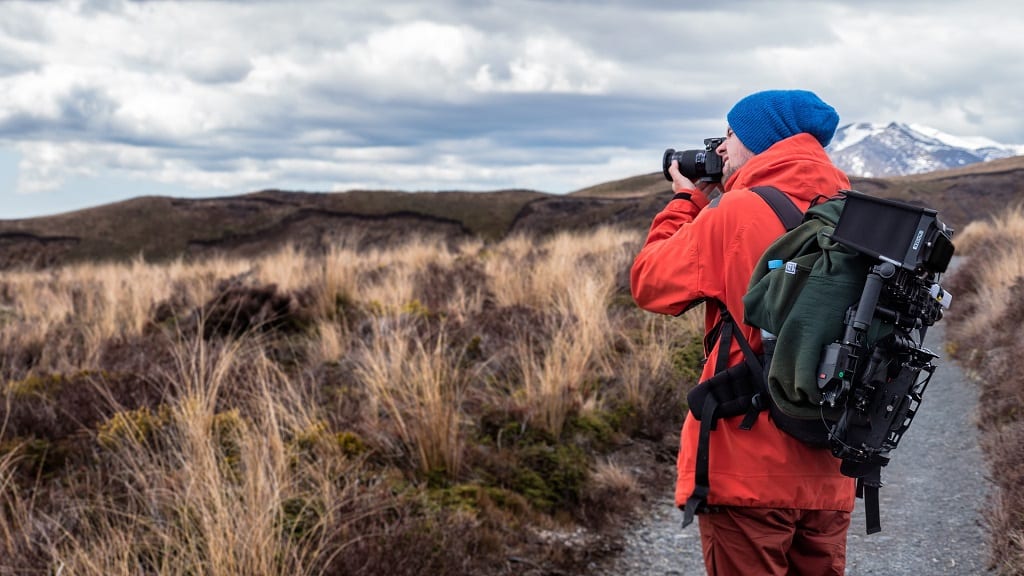 Johan Smits discusses abandoning flying with flygskam or the No Fly movement in the UK and Sweden.

Have you heard yet of flygskam, Swedish for ‘flight shaming’? It’s the No Fly movement that originated in Sweden and is trying to convince you to reduce – or abandon – flying to help decrease harmful greenhouse gas emissions that fuel the current climate emergency.

With flying such a normal routine in our developed world, you may think the notion of abandoning it is just the radical fantasy of a fringe campaign group. Well, think again. In Sweden the number of domestic flying passengers is falling while a record number of people opt for the train. As global aviation emissions are growing at alarming rates, should we abandon flying across the world for a week’s holiday to help save our climate? Anna Hughes from Flight Free UK and Maja Rosén from the Swedish No Fly movement We Stay on the Ground, think we should:

Does the flygskam or ‘flight shaming’ movement by its very name not put people off from engaging into a discussion, suggesting we should feel ashamed when taking a plane?

Maja Rosén: The word flygskam is a word invented by the media to describe the phenomenon that people fly less here in Sweden. Our campaign is not about trying to make people feel ashamed because they fly, we want people to understand how serious the climate crisis is and therefore choose not to fly. That’s why our campaign is called Flight Free 2020. Most people I’ve spoken to who have decided to give up flying do it because they want to save the climate, not because of what others think of them. I totally agree that this should be the responsibility of the industry and politicians, but we’ve known about the climate crisis and the climate impact from flying for a very long time, yet nothing is happening.

In this increasingly interconnected world, how can we keep close human relationships without flying?

Anna Hughes: The difficulty is now that we live in a global society, and as such many families are scattered around the globe. However, statistics tell us that the majority of flights (64% in 2017) are for leisure, not for visiting family, and those are flights that can easily be reduced.

A 2018 study* states “a vegan diet is probably the single biggest way to reduce your impact on planet earth […]. It is far bigger than cutting down on your flights”. If I want to help save the planet, wouldn’t it then be far more efficient to be vegan than be part of the No Fly movement?

Maja: Saving the climate is not about choosing one thing, we need to limit all emissions. I’m also a vegan and it is one of the most important things you can do for the environment. Globally the meat industry has far higher emissions than flying. But at an individual level flying is for many people far worse. This is because so few people in the world are flying [while everyone eats].

Are electric-powered planes or planes on biofuel going to let us off the hook?

Anna: Unfortunately nothing will let us off the hook in terms of aviation. The only way to reduce the environmental impact of aviation is to reduce aviation itself. The trouble with biofuels is that they are not without environmental impact. Palm oil (the majority of which is used for biofuel) is a leading cause of deforestation. Electric planes will take time to develop in a way that is commercially viable – currently battery size and range is too limited – and in the current state of climate emergency, time is the one thing we don’t have.

Already convinced about the No Fly movement? Then read our 10 Healthy Holidays by Train in 2019.

Train travel in the UK is expensive while low-cost carriers have enfranchised people who, 20 years ago, could not afford to travel overseas. Will the No Fly movement and flygskam turn overseas travel into an elite thing?

Anna: This is where government policy is needed. Airlines have been let off the hook because there is currently no tax on aviation fuel, allowing budget airlines to consistently offer rock-bottom prices. On the other hand, rail services are often prohibitively expensive because of random and unfair ticket prices. These systems both need to be overhauled so the carbon cost of travel is reflected in the price of the ticket.

On the same note: will overseas travel become the privilege of gap-year students and a rich elite who can afford to take months off for an overland trip to India?

Maja: it would be impossible for most people to travel overseas without flying, yes, and I agree that it is very unfair that some people could afford to do it while others can’t. That we live in a highly unjust world is another big global problem. But what most of us who live in the rich parts of the world don’t realise is that it already is a privilege to travel overseas. It is estimated that over 80% of the world’s population have never been flying.

Popular tourist destinations, such as Nepal or Sri Lanka, have in recent times suffered enormous losses and are highly dependent upon tourism revenue. Wouldn’t it be a disaster for these countries if air travel were banned because of flygskam?

Maja: Tourism can also be a huge problem and many places around the world are highly exploited by tourism. Also, many of these places will be – or already are being – affected the most [by climate change]. I believe that there are much better ways to help countries in need than to go there on holiday.

What is your message to companies that heavily depend on the travel industry?

Anna: Not flying doesn’t mean not travelling. There are many other means of travelling that can be promoted. The tourism industry – and indeed, any other industry – ebbs and flows in response to public demand. If one company goes bust because of a change in consumer behaviour, a new one will spring up to fill a new gap in the market – this is about Capitalism, rather than tourism/aviation.

For many people, No Fly is an uncomfortable subject because flying has so much become a normal part of our daily lives. How do you breach the flygskam topic and persuade people?

Maja: I agree that it is a difficult topic, but we need to be brave and talk about it anyway. I think the most important thing when talking about this is to be nice and understanding, and show people that you don’t believe they are selfish, but that you believe they would do anything to save the climate if they realised what is at stake. We humans just act like everyone else. I usually ask people how they would react if everyone they know told them they had decided to give up flying until we’ve solved the climate crisis. Most people say they would if “everyone else” did.

For more details on how the carbon footprint of different modes of travel compare against each other, read our article Climate Change and Tourism: Plane, Car, Train or Boat? And if you fly anyway, read our guide on how to carbon offset your trip.

If people buy into the flygskam idea, how can they build a community?

Anna: There are many people who don’t fly – in fact, only 50% of Brits actually fly in any given year -, so by talking about it we can find those others who feel the same. There are plenty of online groups for people who have moved away from flights.

Going cold turkey may be very off-putting for some people. How would you advice them to gradually reduce their flying habits?

Maja:  I would recommend everyone to sign up for a flight free 2020. In our campaign you pledge to stay on the ground next year – but the promise is only binding if 100,000 people from your country pledge to do the same. This way we can make a huge difference together. Taking a year without flying is a great way to break a habit. It’s fascinating to see that once people try it, many say they will avoid flying in the future too. It feels as a big sacrifice at first, but once you try it you start focusing on the benefits, and appreciate everything you actually can do without harming the climate much more. So make your pledge at www.flightfree.co.uk – if you’re from the UK, people from all over the world can sign up at www.westayontheground.org.

How are the flygskam campaigns going?

Maja: We still have a long way to go before reaching the goal of 100,000 pledges, but I am determined to make it happen at least here in Sweden, and I believe that the UK will succeed as well.

To sign up for your No Fly challenge: visit Flight Free UK or We Stay on the Ground for Sweden and other countries.