Mark Bibby Jackson travels to France to traipse around Loire Valley chateaux, sample the local wine and stand in amazement on two occasions. 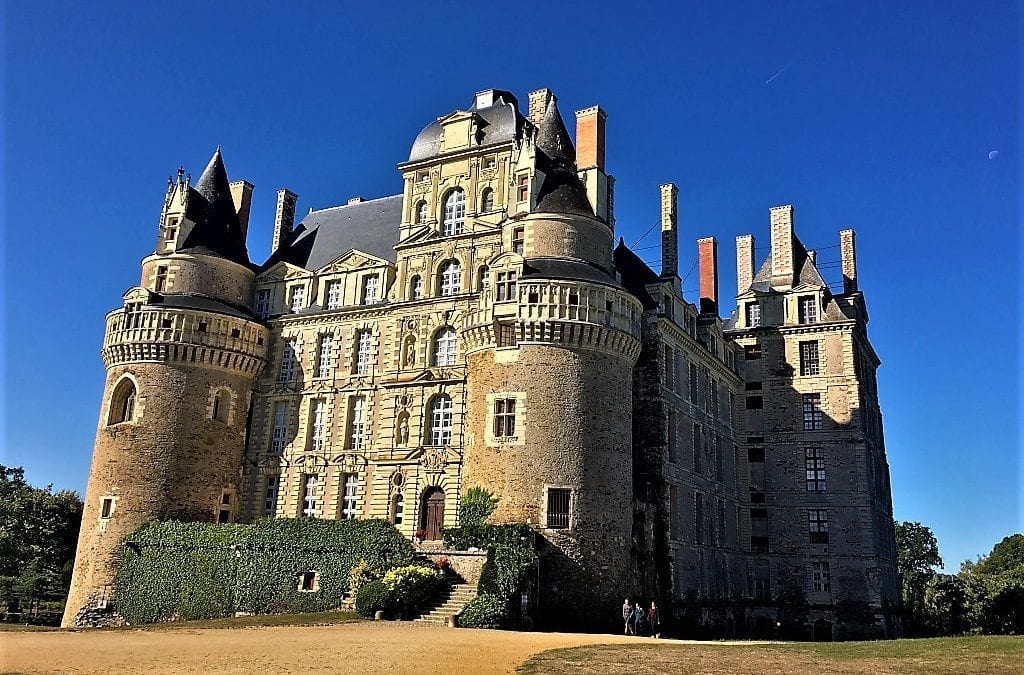 Mark Bibby Jackson travels to France to traipse around Loire Valley chateaux, sample the local wine and stand in amazement.

There are moments in your life when you enter a room and stand back in awe. Normally your mouth gapes open and your tongue hangs ever so slightly towards the floor – a non-too appealing sight. Such was my reaction as I entered the room exhibiting the Apocalypse Tapestry in Château d’Angers in the Loire. The region is rightly famed for its chateaux and wines (much more of that later), but not so much for its stunning tapestries, of which the Apocalypse Tapestry is both the oldest and most impressive.

Commissioned by Louis I, the Duke of Anjou in 1375, the tapestry depicts the story of the Apocalypse from the Book of Revelations, the battle of good and evil and of man’s eventual salvation through the second coming of Christ. Whether you are or are not a believer – I am not – the scale and quality of the work and the amazing colours cannot but impress. Completed in 1382, the original tapestry consisted of six huge panels, some six metres high and 23 wide in two rows separated by text, sandwiched between images of heaven and earth.

Having recently visited the much more recent D-Day Story tapestry in Portsmouth, I have discovered a late life penchant for the woven art. Sadly, the work was considered outmoded in the 17th century and the fabric used for other purposes, so there are now gaps in the display for your imagination to fill – the sixth tapestry is particularly affected. However, this does not prevent the work rightly as being considered “one of the masterpieces of French cultural heritage” by historian Jean Mesqui.

This was not my first doomsday tapestry of the day. Our tour of Angers had started at the Musée Jean-Lurçat, named after the French artist, whose tapestry Chant du Monde has hung here since 1967.

Jean-Lurçat’s work has clear echoes of its 14th century predecessor, with Hiroshima Man (1957) depicting the skeleton of a man with his skull ablaze, particularly striking. Like the Apocalypse Tapestry, the work is incomplete on this occasion due to the artist’s sudden death while his project was as yet unrealised.

The museum that houses the exhibition used to be the 12th century Hospital Saint-Jean, built during the reign of Henry II, father of Richard the Lion Heart and founder of the Plantagenet dynasty in England.

Henry was also the Count of Anjou, and his influence is felt strongly here. Indeed, the impressive arches inside the hospital are called Plantagenet Gothic. These were created from the pale tuffeau stone which is as omnipresent across the Loire region as yellow limestone is in the Cotswolds, and has a similar overwhelming effect.

However, Anjou is not purely about remnants of the past. The region is renowned for its wines. Our city tour concludes at the Maison des Vins where we enjoy a range of local vintages from the typically sweet Anjou rosé, to some excellent white wines and light reds made from cabernet franc grapes.

All this was sufficient to whet my appetite, which was sated at the excellent restaurant of the Relais & Château run Château de Noirieux just outside Briollay. The fare was specially selected by chef Christophe Guillemot, with each course paired with a local wine. The sea bass served with a saffron mussel risotto was particularly good.

The chateau was a former 15th century manor house. Staying the night, I could enjoy the spectacular views of the surrounding countryside and century-old trees in the gardens, then awoke to wander around the grounds which included a pretty chapel.

Part of the purpose of our short sojourn was to explore some of the less frequented Loire valley chateaux, so I was surprised to arrive at Château du Plessis-Bourré to discover the place engulfed with campervans and their would-be purchasers.

Fortunately, our companions seemed more interested in their dream mobile holiday vehicle than with their historic surrounds, so we had the chateau to ourselves.

Built between 1469-1473 for Jean Bourré, the minister of finance at the time – which perhaps explains how it was constructed so quickly – the chateau is seen as a transitional castle. Outside it resembles a typical medieval fortress with thick walls and still-functioning drawbridge while inside lies a Renaissance castle with galleried courtyard, based on Italian designs that had greatly influenced Bourré, who was also its architect.

The chateau’s exterior has not been modified across the centuries, making it a popular choice for film makers, but it is inside that the real treasures lie.

The roof of the Guard’s Room is particularly spectacular, with graphic images that leave little to the imagination. Presumably designed to shock Bourré’s guests, the images so offended one subsequent owner that they were covered up. This perhaps explains how they were preserved through the French Revolution, when other symbols of aristocratic rule, such as the coat of arms above the fireplace were erased and replaced with graffiti.

The property’s other stand out feature is the small chapel, in which there is a statue of Joan of Arc, dressed as a woman while being groped by a male English jailor, while his French co-jailor stands in humbled awe.

While the exterior of Château du Plessis-Bourré has remained intact, the next of our Loire valley chateaux is much more hotchpotch.

Château de Brissac (cover photo) was built in the 15th century on the site of an 11th century castle, but it was badly damaged during the French Wars of Religion and largely rebuilt in the 17th century, with its commanding tower making it the tallest château in France.

On closer examination you can clearly see how the more recent tower has been stitched onto the previous structure in a manner that would never have survived a snagging list.

The chateau is still home to descendants of the Duke of Brissac who have owned the property since 1502, albeit with a slight hiatus circa 1789. The current Marquis of Brissac, Charles-André de Cossé-Brissac, still lives here – as does his father the 13th Duke of Brissac – and was kind enough to show us around his humble abode.

Inside is the type of stately home that would send Scooby Doo off in search of ghosts. Indeed on our tour, as I was asking about secret passages, I learned upon a wall which concealed a door that led to a secret room. Unfortunately, it did not revolve to find me face to face with mild-mannered janitor dressed as a Mummy, as would no doubt have occurred to our canine detective. Instead, we discovered a room containing some linen.

If you wish to prolong your stay, there are two rooms let on a B&B basis, for €450 per night, practically ensuring you’ll have the place to yourself apart from Charles-André and his family.

Read Mark’s continuation of his journey through the Loire Valley Chateaux and wines to Fontevraud Abbey.

For more information on Things to Do in Angers

Fontevraud Abbey and a Night of Bubbles

Fotografiska Stockholm : A Quest for Humanity?