Jonathan Hiltz travels to the Canadian - US border to discover a bewitching combination of the beautiful and the kitsch that should be enjoyed together when visiting Niagara Falls. 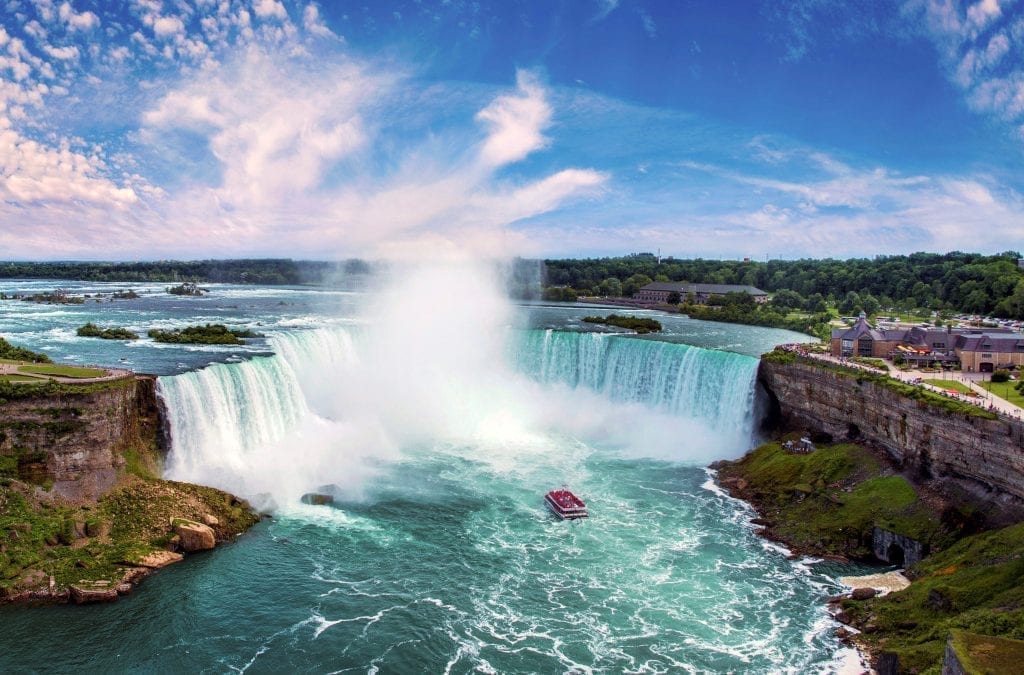 Jonathan Hiltz travels to the Canadian – US border to discover a bewitching combination of the beautiful and the kitsch that should be enjoyed together when visiting Niagara Falls.

There is something to be said for the tried and true staples of travel that have been at the forefront of our collective psyche for a couple of centuries. Those places that are so ingrained in popular culture that the very mention of them as a destination can insight either a genuine enthusiasm for going there, or a roll of the eyes due to the extreme level of kitschy tourism that exists due to its popularity.

Such is the reality over Niagara Falls, one of the most awe-inspiring locations on the planet. Here exists a true wonder of the world, situated on the border of the United States and Canada, with 3,160 tons of water falling every second. Alongside this incredible force of nature, a deluge of touristy experiences that literally have nothing to do with the falls itself.

Regardless of this fact, or perhaps in support of it, the importance of embracing the collective experience of both the natural phenomenon and the tourism that surrounds it, are essential to enjoying Niagara as a whole.

First, let’s discuss the falls itself. Tourism seemingly began around the early 1800s and the location quickly became a popular destination for daredevils putting on performances for shocked onlookers. Early visitors witnessed a foray of tightrope walkers, divers and other brave and perhaps naive individuals looking to enthrall an audience with death-defying stunts.

By 1846, the famed Maid of the Mist boat tour started taking excited passengers so close to the falls that they were drenched by the spray coming off of this liquid juggernaut. Slowly but surely tens of thousands of people made the pilgrimage to Niagara to witness what some would consider a once-in-a-lifetime experience.

Today, there are various tour operators offering a Niagara Falls boat ride on both the American and Canadian sides of the Falls.

If boating isn’t of interest, there are numerous other excursions where one can feel the rumble of the water, including the Cave of the Winds. These are a series of observation decks on the US side, which start with a 175 foot descent in a lift down into Niagara Gorge. From there, brave visitors can wander to the “hurricane deck” where they will experience a veritable rain storm coming off the falls and up to 68 mph winds.

If it’s not enough to boat to the gallons of falling water or reach out and almost touch them on an observation deck, thrill seekers can dangle and fly from 220 feet in the air, going over 40 mph using the Niagara Falls Zipline. The fully-guided experience offers views of both the Canadian and American sides like no other.

For land-lovers in search of a fabulous view without raising their heart rate, the Niagara Skywheel is the way to go. This giant Ferris wheel stands 175-feet above the falls and runs both day and night. Passengers sit in a comfortable, fully-enclosed gondola that circles around for eight to 12 minutes per ride. Night-time riders can experience the incredible glittering lights that accentuate the falls and also the deluge of attractions surrounding Clifton Hill, where the Ferris wheel is located.

Where is Niagara Falls

Niagara Falls consists of three waterfalls to the south of Niagara Gorge, between Ontario province in Canada and New York State in the US. The largest of the falls is called the Horseshoe Falls, or Canadian Falls and straddles the border. In total Niagara Falls are 51 metres in height.

The mention of Clifton Hill is where we venture into the experiences that have no actual connection to Niagara Falls itself, other than being adjacent to them. These adventures exist due to the mobs of visitors that travel to this destination every day.

The best way to describe Clifton Hill is an explosion of carnival-like attractions and oddities. For starters, it seems that visitors like to get the bejesus scared out of them at multiple different locations. These include The House of Frankenstein, Dracula’s Haunted Castle, the Nightmares Fear Factory, the Haunted House, and the Zombie Attack 6D experience.

For some not-so-scary fun, visitors who enjoy a good round of putt-putt will love Dinosaur Adventure Golf. This unique experience finds mini-golfers actually walking through the history of the dinosaurs. At hole one, players are surrounded by throngs of the over-sized reptiles and by the end those beasts are nothing more than a pile of bones.

This treasure trove of oddities next to Niagara Falls is perhaps topped by none other than an upside down house. The strange attraction is exactly how it sounds.

Alongside this melange of Willy Wonka meets the Wizard of Oz, comes the obvious torrential downpour of carnival-style attractions that include arcade games, skeeball, and various other familiar favourites, not to mention a river of candy, treats and famous restaurant chains.

One of the beneficial items that come along with all this tourism is top-of-the-line hotels. A particularly good one is the Doubletree Niagara Falls (Fallsview Resort & Spa by Hilton). Sizeable rooms, extremely comfortable beds, lots of choices on TV and a wonderful breakfast buffet. It’s also close to the action but not right on top of it so you’re not always surrounded by oodles of people.

Any time of the year Niagara Falls can and should be considered a great getaway. Those willing to brave the winter temperatures will get the added benefit of seeing Niagara Falls crystallise, which is a whole other adventure.

Both the oddities of Clifton Hill as well as the falls themselves are memories that will last a long time, but put the two together and you’ll never forget. 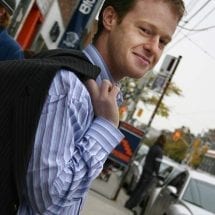 Jon Hiltz has been a journalist for over ten years and an avid traveller for far longer. Jon recently became a published author with his first book 'The Wild West: Canada's Legalization of Marijuana', which is available on Amazon.