Visitors to Angkor might struggle for ideas of things to do in Siem Reap away from the temples. Mark Bibby Jackson suggests going on a Siem Reap Art Tour. 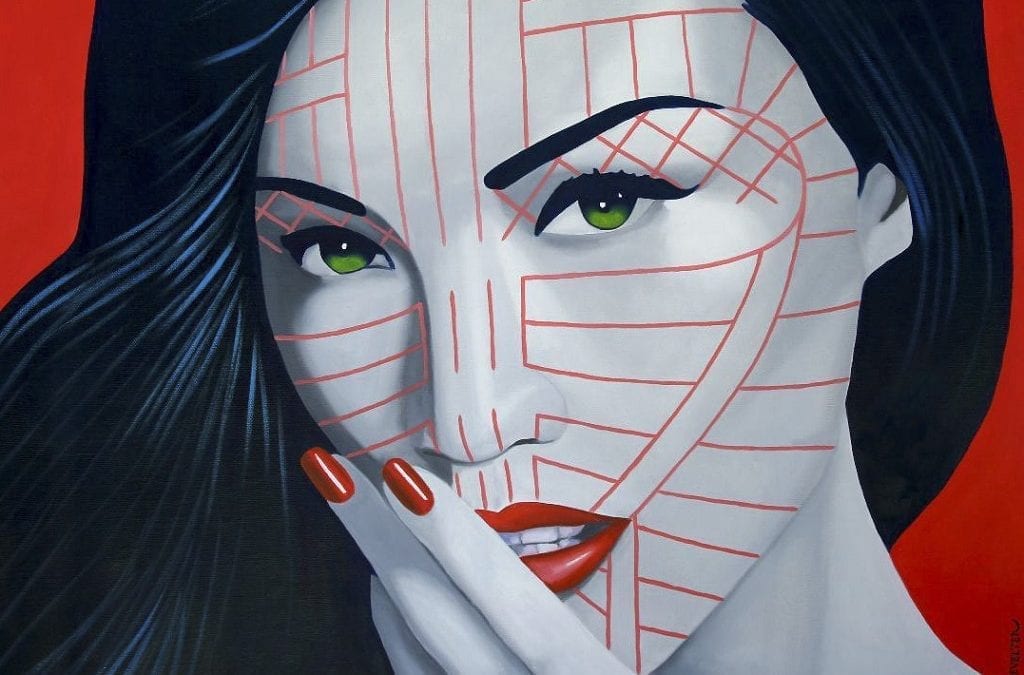 Visitors to Angkor might struggle for ideas of things to do in Siem Reap away from the temples. Mark Bibby Jackson suggests going on a Siem Reap Art Tour.

It should come as little surprise that Siem Reap has attracted artists from around the world. The Cambodian city, just a few kilometres from the Angkor Archaeological Park, has become a creative hub for artists drawn by the stunning beauty of Angkor Wat and Bayon. What perhaps is more surprising is that until recently nobody had arranged a bespoke Siem Reap art tour.

Dubliner Robina Hanley settled in Siem Reap some 14 years ago. In the ensuing time she has built up an unrivalled network of connections throughout the city’s artistic community. She puts this to good effect in her half-day Siem Reap art tour, providing her clients with an unique insight into the artistic side of temple town. She also, quite literally, has the key to unlock some most interesting doors, closed to the casual visitor.

Recently voted as one of Traveller Australia’s international Heroes of Travel 2019, Hanley says, “Often, I find that people just don’t know where to look. They ask a hotel concierge and are directed to factories that mass produce mediocre touristic souvenirs, and that is exactly what the people who come on our tours are determined to avoid.”

It seems appropriate that her Siem Reap Art Tour commences with an exhibition by American photographer John McDermott at the Park Hyatt Siem Reap. Robina curated McDermott’s now closed galleries in the city for ten years from 2008, so it is fair to say that the art tour was inspired by McDermott’s eerie infrared photographs of the temples of Angkor.

The first photograph Hanley reveals is that of Angkor taken by McDermott in 1995, long before the era of digital photos. McDermott had travelled to Siem Reap from Bangkok in order to view the solar eclipse of that year. The photograph is taken moments after the eclipse.

There is a timeless nature to the photograph – timeless apart from the lack of people that indicates it was taken before the advent of mass tourism.

Robina then guides me through the evolution of McDermott’s photography with the latter photos coming from the digital era, though it is the earlier shots that have the greatest impact.

While McDermott, who hails from Little Rock Arkansas, could claim to be one of Cambodia’s adopted sons, the second artist on our Siem Reap Art Tour was most definitely born though not bred in the Kingdom.

Lin Muy Theam was born in Takeo province in the 1970s and as such lived through the most turbulent of times in the country’s history. Fortunately, his family moved to France in the 80s, and it was in Paris that he studied interior design, visual arts and sculpture, before returning to Cambodia in 1995.

Entering his gallery, which is also his home, is like walking into a living museum. The first section is divided into separate parts devoted to individual Khmer arts and crafts, providing guests with a thorough immersion in Khmer culture.

Our guide Maddie, who is Theam’s sister, was, like the artist, brought up in Paris, and she provides an insight not only into the country’s rich culture, but also into her brother’s inspiration.

Passing through the courtyard, that resembles a Khmer temple, you enter the second section of the gallery, devoted to Theam’s work. The artist works largely in lacquer, creating beautiful paintings that merge the country’s past with its present. One piece that shows a group of monks making a procession to Angkor stands out, but harrowing images of the S-21 concentration camp in Phnom Penh from the Khmer Rouge period, and incorporated into contemporary works are incredibly evocative.

Theam employs a team of artisans who create his many sculptures that are for sale in the gallery. In this way he is helping to share skills for future generations. You can also see them at work in the workshops adjoining the Theam’s house.

The Siem Reap Art Tour is not solely about photography and art, as design also features strongly. Like McDermott, Madagascan-born fashion designer Eric Raisina made Siem Reap his home, and as with Theam he was trained in Paris. Indeed, Theam was one of the first people Raisina befriended upon moving to Cambodia, recognising the work of the École-Boulle-trained artist, and realising that the pair had a lot in common.

When you enter Raisina’s workshop-cum-showroom, the first thing you note is the explosion of colour. These truly are works of art in themselves. “Colours are very important to me, they make me happy and make me dream of faraway places,” says Raisina. “I grew up with the vivid flamboyant colours and stunning natural beauty of my country, Madagascar, still my biggest inspiration.”

However, looking is only part of the pleasure of visiting, you have to touch as well. For Raisina has developed a process for weaving silk into the most fine material which is still hardy enough to wear. The designer leads us through his workshop where his team creates the most spectacular creations, to the top floor where the silk is spun into the finest of threads.

Raisina calls his latest material cashmere silk, and it is only when we return to the ground floor to sense the finished material with our fingers that the softness and delicacy of the material dawns upon me. This is something that would have graced the former kings and queens of Angkor. No wonder Raisina’s models have graced the catwalks of fashion shows across the globe.

Our penultimate stop is in the heart of the city of Siem Reap itself. It comes as no surprise that giving Hanley’s contacts in town, she decided to establish her own art gallery.

One Eleven Gallery is an offspring of 111 Minna Gallery in San Francisco, within which Hanley curates works by both Cambodian and international artists. Some of the works are really affordable, giving Cambodian-based artists both an income as well as much needed access to international markets.

We arrived while the first international solo exhibition of Senon Williams, better known as the bass player in American-Cambodian rock band Dengue Fever, was on display. There is a rawness and urban vibe to his work that is in direct contrast to that of the Belgian artist Christian Develter, whose work is also on display at One Eleven Gallery.

And it is to Develter’s home that we visit last.

If riding in a tuk tuk through Cambodian back country lanes is your idea of travelling then this final leg on our Siem Reap art tour is just for you. What it does not prepare you for is the oasis lying in wait as we reach our destination.

Develter and partner Peter Smits have built paradise on earth here in the paddy fields. The painter’s workshop, modelled on the Central Market in Phnom Penh and District 798 in Beijing, is an impressive space that might even inspire me to pick up a brush, but this is as nothing compared to the wooden house – well two houses, as one was for parts – they had transported here from elsewhere in the province.

Develter’s art is largely influenced by Warhol and Pop Art. However, he has moved far away from Warhol’s coolly ambivalence and into traditional life. He shows me photographs taken from his travels in Chin state in Myanmar. Here he was so impressed by the tattoos worn by local women that he has created a collection of work where the spider tattoos are transposed onto younger more modern Asian women. It is an artistic endeavour worthy of such spectacular surroundings.

Beside one of the paintings stands a manikin wearing a dress with the same tattoo motif, which Develter had designed and made into outfits for various fashion displays. I have known the Belgian artist for more than ten years, since first meeting him at an opening of his work at the Chinese House in Phnom Penh, but this is the first I knew that he was initially trained in fashion design.

This is what Hanley’s Siem Reap Art Tours provide more than anything – an insight into the life and works of Siem Reap’s select community of artists and designers that you just would not be able to access on your own.

Her knowledge is almost, but not quite, as impressive as the sun setting across the paddy fields behind Develter’s house, which marks the end of the most impressive tour, accompanied by a refreshing glass of rosé wine.

Held each year in late November to early December, the Angkor Photo Festival is one of the highlights of the Siem Reap art calendar.

The Clash: London Calling at the Museum of London