A new exhibition at The British Museum Troy: Myth and Reality is the first major Troy exhibition in the UK. Irene Caswell reviews it. 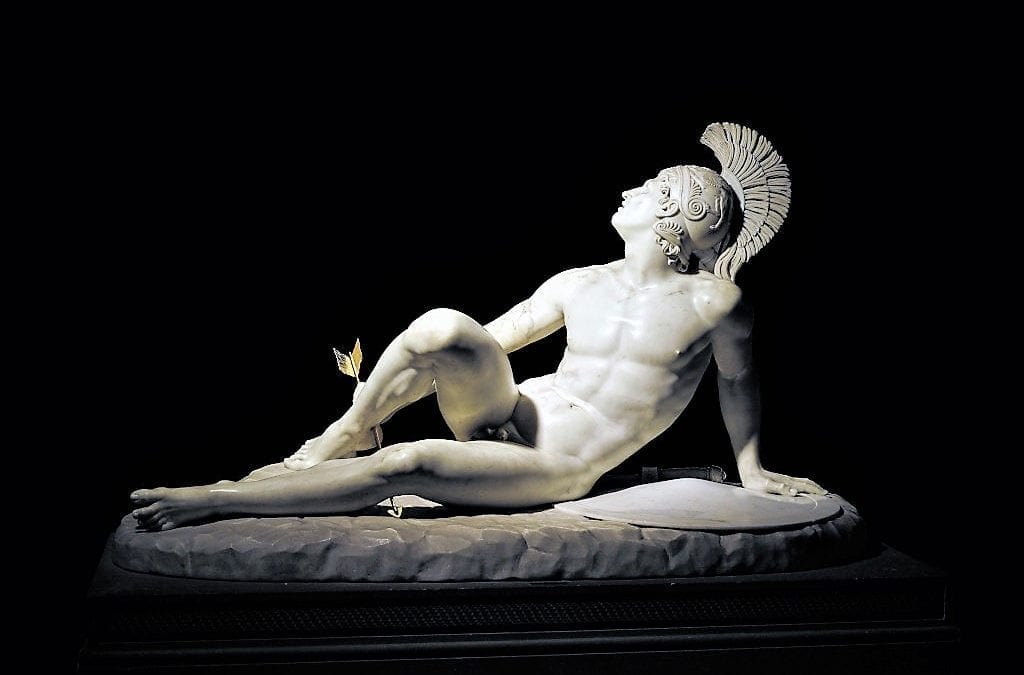 A new exhibition at The British Museum Troy: Myth and Reality is the first major Troy exhibition in the UK. Irene Caswell reviews it.

The Trojan War lasted for 10 years but the tales of war, love and loss have lasted for over 3,000 years, wrapped up in the myths that have surrounded the city for generations.

Legend of The Trojan War

The story is well known. Three goddesses, Aphrodite, Hera and Athena, cajole Paris into choosing the fairest. Aphrodite bribes his favour by offering him Helen of Troy as a reward. Paris sails for Troy with his spoils, including the fair Helen. In retaliation the Greeks wage a war which lasts for ten bloody years. Finally, Odysseus and his comrades conceal themselves in a wooden horse left outside the gates of Troy. The Trojans foolishly take the gift inside and the rest is the stuff of one of the most famous legends of all time. One that has inspired art, literature, films and theatre ever since.

Hghlights of Troy: Myth and Reality

The exhibition is grand in design and vast in size. There’s a warning on the entrance that the objects deal with the imagery of war. There are over 300 objects on display and one of the first to see is a splendid Attic amphora from around 530 BC showing Achilles plunging his spear into Penthesilia, queen of the Amazons. Myth would have it that at the moment of death the hero falls in love with his victim. As romantic stories go, it’s not the most appealing.

A complex illustration on an Athenian water jar, Paris falls in love with Helen (about 380 – 370 B) sets the scene from the start.

A significant piece in the exhibition, in no small part due to its size, is the magnificent marble statue The Wounded Achilles by Filippo Albacini (1777 to 1858) on loan from Chatsworth House. The gilded arrow in the heel of the sculpture has been restored especially for the exhibition.

One of the exhibition’s star loans is an exquisite Roman silver cup (1 AD) from the National Museum of Denmark depicting King Priam of Troy begging Achilles to return the body of his son, Hector. Compassion and humanity are common motifs in mythology and this scene certainly resonates in today’s uncertain world.

An Athenian Jar (480 – 470 BC) illustrates Odysseus bound to the ship’s mast to ensure he resists the call of the swooping Sirens, one of the trails he faces on his long journey home. It makes a strong image and the borders framing the scene are particularly attractive.

Depictions of the famed Trojan Horse are apparently rare in ancient art. A Roman sarcophagus lid with wheeled wooden horse, armed with a helmet and shield, is on loan from the Ashmolean Museum.

A charming Roman Relief Aeneas arrives in Italy (AD 140 – 150) depicts the hero’s landing and the discovery of the huge white sow with piglets that indicate the site where he will found a new city called Rome.

For the first time since 1870 there are finds on display found at the site of Troy by businessman and pioneer archaeologist, Heinrich Schliemann. The controversy about his hasty methods and subsequent claims is also documented. The bronze weapons, pottery and silver vessels are displayed as they would have been found in the landscape which is very effective. A large number are on loan to the UK by the Berlin Museums for the first time in almost 150 years.

Trojan War and the Modern World

Part of the exhibition deals with the ongoing effects of the stories of The Trojan War on the modern world. There are works of literature, publicity artwork from popular films including Troy featuring Brad Pitt (2004), a miniature stage set from the theatre and copies of intricate gold jewellery from Schliemann’s finds.

A final section of art works includes a fine marble bust, Helen of Troy, by Antonio Canova (around 1812) and Edward Burne-Jones rather sombre watercolour and gold Helen’s Tears (1905).

The oil on canvas Clytemnestra by English artist John Collier (1850 to 1934) in the Pre-Raphaelite style is mesmerising.

A work from a series of photographs by contemporary artist Eleanor Antin, Helen’s Odyssey (2007) is colourful and fun but added little to the experience for me.

The closing part of the exhibition is rather anti-climactic. The section on the women in the story of Troy feels like a token gesture and would make a more interesting exhibition in its own right.

Nonetheless this is definitely worth a visit over the winter months.

Troy: Myth and Reality : The team

Runs until 8 March 2020 in the Sainsbury Exhibitions Gallery at The British Museum. Tickets from £20 adults.