Coral Glennie reviews Oliver Green’s loving account of the story of the London Underground, or Tube as it is referred to by Londoners. 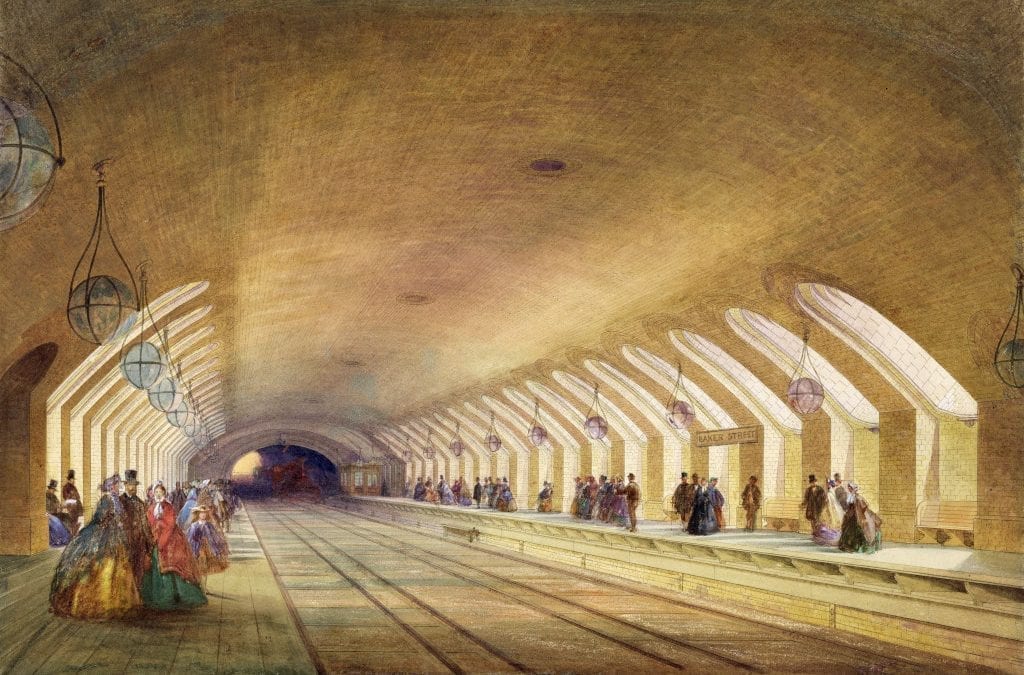 Coral Glennie reviews Oliver Green’s loving account of the story of the London Underground, or Tube as it is referred to by Londoners.

You don’t have to be a railway buff, a social historian or an engineer to appreciate this stunningly presented compilation of the history of the London Underground, commonly known as ‘the Tube’ but naturally all of the above will help.

Ranging from Victorian England to complex contemporary projects, this publication presents a fascinating in depth detail of the London Underground with evocative photographs and illustrations that just stay in your mind.

Divided into eight parts it covers steam underground, the deeper underground, twentieth century electrification of the trains, travelling in to work and living in the suburbs, social historical aspects such as war and austerity, the building of contemporary new tube lines and the renewal of the system. From its early beginnings in Victorian England, competing with horse drawn carriages acting as a taxi service, as documented by social 19th century novelists such as Galsworthy, it now has up to five million travellers daily.

Beginnings of the London Underground

The London Underground first opened in 1863 and was operated by steam engines. It operated between Paddington and Farringdon with gas lit wooden carriages. On its first day it carried 18,000 passengers.

Gradually, as the underground system gained popularity, houses were built around newly constructed lines expanding the centre of London into the suburbs. All this is superbly documented by photographs. There is a stunning double-spread photograph of the Baker Street concourse link between the Circle and Metropolitan main line platforms created in 1911.

Some of the most engaging illustrations include those promoting the underground networks as they come on line. Frank Pick, born in 1878, was a railways administrator, and worked for the Underground Electric Railways Company. He initiated many of the design innovations on the Tube and was the first person to employ artists to produce posters.

Inspired by Pick, the newly electrified District Line trains followed an American design of open wooden saloons, with high roofs. The advertisement for the launch of the line states that it is the quickest, cheapest way to travel so there was no need to ask a policeman. The poster is really worth a look.

Another entertaining poster, featuring a sailing boat, advertises excursion trains from Ealing to Southend, run jointly between the District and London, Tilbury, and Southend Railways in 1915. Also that year, the Bakerloo extension to Paddington was opened and was the first station to have escalators and not lifts. A large advertisement promoted the fact that Paddington New Station had a moving staircase and a subway connection. The poster features an illustration of the station complex.

The pastoral qualities of the suburbs are recommended as in a leafy advertisement about the line to Golders Green in 1908. This was the first suburban underground system shortly after the launch of the Hampstead Line. It was a short lived pastoral scene however for Golders Green, Finchley and Hendon as builders followed the new Tube lines, creating the suburbs.

Design was an ever developing feature of the London Underground System and one notable early innovation was the entrance to Tooting Beck on the Morden Extension with the striking introduction of three dimensional roundels in Portland stone placed at the top of the columns.

For the more technically minded there are many examples of engineering and construction methods set out in the book, looking also at many complex recent London Underground projects One attractive illustration shows a cross-section of Crossrail at Canary Wharf. A photograph of the vast tunnel boring machines used for the project is also included, the machines enormous size, emphasised by the diminutive figures of the engineers and technicians standing below. The machines are the length of fourteen London buses in a row.

The London Underground in the Blitz

Although all of the sections of this detailed journey through the history of London Underground are must reads, perhaps the most nostalgic and evocative, with its accompanying horror, is the section on the Second World War and austerity.

Young evacuees were escorted on to trains, knapsacks on backs, with no parents in sight, just a woman in a uniform, the Brompton Road Station used as an operations room by military personnel and pictures of Londoners bedding down on the escalator at Piccadilly Station in very crowded conditions. In addition to their woes a warning notice is included that no bedding must be shaken on the platforms or in the subway. When you travel on that long escalator at Piccadilly next, you might like to think about war torn Londoners huddled together in blankets, there for the night.

I strongly recommend you buy this extraordinarily graphic and nostalgic publication. It sets out the history of the London Underground, its immense engineering works and design feats and the way the system has encouraged the urbanisation and profitability of one of the greatest cities on earth superbly. Don’t miss it. 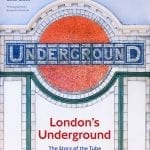 London Underground: The Story of the Tube

Cover photo: The Circle line platforms at Baker Street, restored in the 1980s to an approximation of their original 1860s appearance.