Thanks to Greta Thunberg, it's all the buzz at the moment in the aviation world, but is effective carbon offsetting more complicated than it sounds? Travel Begins at 40 walks you through the issues. 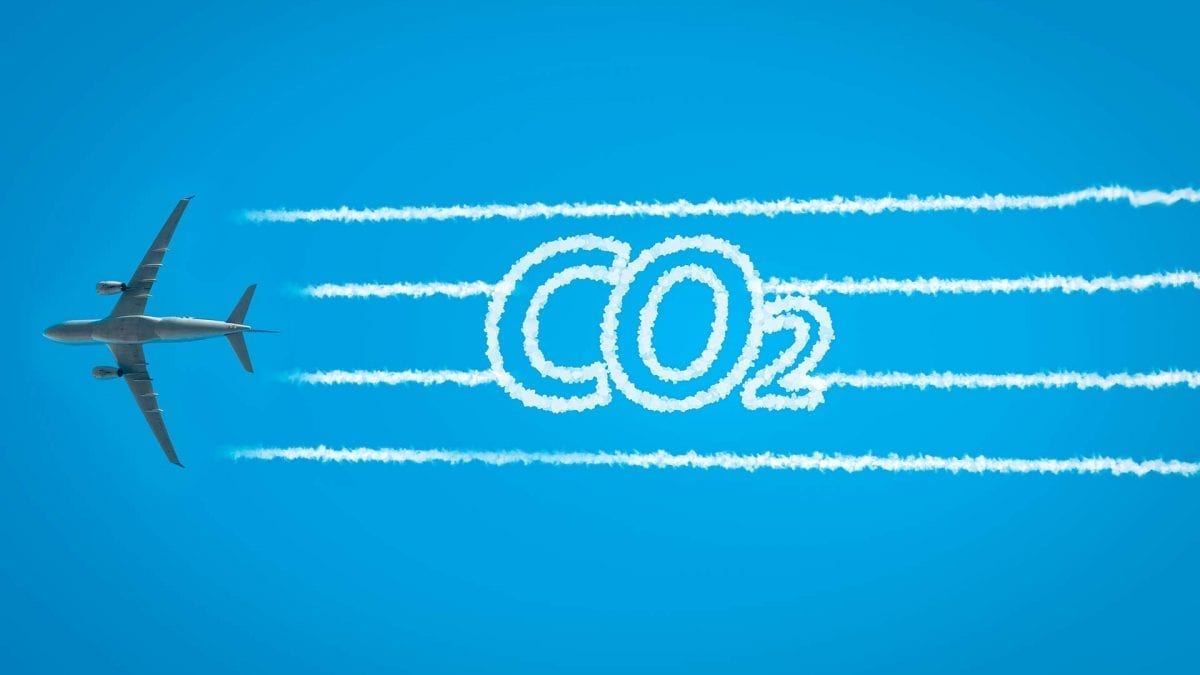 Thanks to Greta Thunberg, it’s all the buzz at the moment in the aviation world, but is effective carbon offsetting more complicated than it sounds? Travel Begins at 40 walks you through the issues.

Carbon offset, neutralising and carbon credit. You will often come across these terms in news reports or when booking a flight. But what is a carbon offset exactly, how effective is it and how do you do it?

What is a carbon offset?

A carbon offset is part of a process where the climate warming carbon dioxide (CO2) emissions of an activity are compensated for – or “neutralised” – by another party elsewhere by the same amount. For example, if you take a flight somewhere, you could decide to buy carbon credits that go towards, say, a solar project in India to offset the CO2 emissions you have produced.

While your CO2 emissions still pollute the atmosphere, carbon offsetting can help slow down the worldwide increase of those emissions.

Some travel companies, such as Original Travel, who specialise in tailor-made luxury holidays, have made a firm commitment to absorb all carbon emissions made by their travellers through reforestation projects.

There are over 200 types of CO2 offset projects of which the main ones include renewable energy (e.g. wind, solar and hydroelectric power, and biofuel), energy efficiency (lowering the carbon intensity of an energy supply), methane abatement (methane is a powerful greenhouse gas generated by landfills, farm animals and industrial waste), and forestry (mainly reforestation and avoiding deforestation).

In principle each carbon offset has to comply with a number of criteria including:

Additionality: proof that the project would not have happened were it not for its carbon offset, e.g. India might have invested in solar energy anyway because it’s money-saving or because of new environmental regulations;

Permanence: it must be irreversible, e.g. planting trees only for them to be cut down in 10 years is not effective; and

Non-leakage: leakage happens when reducing emissions in one place leads to an increase somewhere else, e.g. when forest conserved in one area leads to deforestation further away.

Two important additional criteria are called Measurement (how will emissions be measured after the project is finalised) and Co-benefits (what other benefits are there apart from carbon emissions reduction, e.g. improving the life-quality of locals, or increasing wildlife in forests).

Should I carbon offset my trip?

Proponents of carbon offsets have argued that the prime purpose of offsetting is the reduction of harmful emissions, not changing people’s consumption behaviour. And to ensure the former, they urge to buy carbon credits from independently verified projects (see below). At the same time, a report by the UK’s National Consumer Council and Sustainable Development Commission says that people who do carbon offset their travel are actually more likely to reduce their carbon footprint by changing their overall lifestyle (1).

Furthermore, it’s also argued that carbon offsets that are invested in the developing world transfer wealth from the rich to the poor. It thereby reduces global injustice when invested in infrastructure that improves people’s lives.

One thing is sure, there’s an increasing interest in the topic. A The Guardian article (2) reveals that there has been a massive spike in carbon offset investment in recent years, caused by the so-called ‘Greta Thunberg effect’.

While the jury is still out (see below), the general consensus amongst many climate scientists is that carbon offsets can make sense but only when combined with a drastic decrease of our emissions (3,4). Read about how the aviation industry can reduce its carbon emissions in CO2 Emissions : the Flying Elephant in the Room.

While carbon offsets sound fairly straightforward on paper, in reality they are causing quite a lot of controversy. In 2017 the European Commission warned that 85% of offset projects were unlikely to have Additionality or Measurement (5). There’s also much criticism of how little of each dollar spent actually goes to reducing emissions, with claims of too much money going towards brokers, overheads, profits of project developers and verification costs (6,7).

Some even argue that carbon offsets make things worse, with especially the airline industry under fire (8). Offering offsets is seen as a public relations scam by airlines while in reality only about 1% of passengers carbon offset their emissions (6). This perceived green credibility allows airlines to expand their operations creating more emissions while shifting responsibility to passengers and away from corporations. It’s now expected that airlines will more than double their fleet size by 2050 (9).

The EcoWatch team has investigated these criticisms and has produced a guide on carbon offsets.

Read our article on Climate Change and Tourism: Plane, Car, Train or Boat?

A carbon offset is sometimes also called a greenwashing mechanism that allows us to carry on as usual without changing our consumption habits. For example, Maja Rosen from the No Fly movement ‘We Stay on the Ground’ states, “It signalises that there’s any easy way out in solving the climate crisis. There simply isn’t.” (10)

Fairness is also a big moral issue with the carbon offset market being called a form of carbon colonialism. Buying up cheap offsets in developing nations postpones the phasing out of fossil fuels in rich nations most responsible for global pollution, while those poor nations carry the brunt of climate change disasters (11). Many have equated carbon offseting to getting someone else to give up smoking for you.

Other criticisms include lack of accountability in the carbon offset market, lack of a standard certification across the industry, and the widely varying prices of offsets between different schemes.

Amidst the different types of carbon offset schemes, tree planting is particularly problematic. Not only does it take decades for trees to absorb the new CO2 we emit today, the newly planted trees might be lost to logging or wildfire, emitting even more CO2.

A change of government in a country may put forests at risk – Brazil is currently a case in point. There have also been major scandals of human rights violations against indigenous people being forcefully evicted from their land to make space for offset plantations, while monoculture forests (often used for carbon offsetting) can cause considerable environmental harm.

Plants, such as bamboo, absorb more carbon than do trees, and do not die when the stem is cut – as in trees. Also, when trees are planted these should be indiginous species, otherwise there is a threat that the new tree will damage the existing environment and vulnerable species, as has been the case in the UK. Trees should also add th biodiversity rather than plantation monoculture. Alternatively, you might be better to invest in schemes aimed at confronting deforestation and promoting rewilding. The United Nations Framework Convention on Climate Change’s (UNFCC) REDD+ programme is a good starting point for this.

Check out our tips on How to Reduce Your Carbon Footprint When Flying.

In today’s carbon offset market, you can pay almost whatever you want to whomever you want. For example, when booking a non-stop return flight from London Gatwick to Alicante, Ryanair will allow you to contribute just £1 towards ‘offsetting’ your emissions in return for a ‘green conscience’. However, at the non-profit organisation Atmosfair, the offset for the exact same Ryanair flight is calculated at £13.

According to The Guardian, Simon Lewis, a professor in global change science at University College London, claims that the airline’s tree planting projects in Portugal and Ireland would offset jut 0.01% of Ryanair’s emissions. “To me that’s a green gimmick,” he told the newspaper.

If you want to offset, it’s recommended to ignore the airlines’ own schemes – which sometimes lack transparency – and work out your emissions using an online calculator (see links below), which you can then pay for at an individual, trustworthy project of your choice.

The Ethical Consumer recommends choosing ‘renewables’ instead of forestry projects as carbon offset types, because the former directly reduce the amount of fossil fuels while the latter are steeped in the aforementioned controversy. Amongst renewables, they recommend wind and solar power to any form of biomass (e.g. biogas) as the latter’s potential is limited and can do a lot of harm when not properly executed.

Independent verification is the next important condition. There are dozens of different types of carbon offset verifications, all with their own standards and parameters. They are supposed to verify that your offset project adheres to the set of criteria described earlier.

The Ethical Consumer recommends the Swiss-based Gold Standard (GS or GS VERs, with VER standing for Verified Emission Reduction), because it has the support of environmental groups including the WWF. So if your favourite project abides by the above conditions and offers Gold Standard VER credits, you should be fine.

Other main certifiers include Plan Vivo, Verra, Climate Action Reserve and American Carbon Registry. Since there’s no unified verification across the industry, standards vary, but overall they’re considered much stricter in Europe than in the US.

How to carbon offset your emissions: two easy steps

Gold Standard doesn’t have its own carbon emissions calculator but it has partners around the world who run their projects and provide calculators:

Atmosfair in Germany is recommended as its calculator rates the efficiency of airlines and includes other non-CO2 greenhouse gases;

TerraPass in the US;

The United Nations also has its carbon footprint calculator, as does the International Civil Aviation Organisation (ICAO) which is also a UN agency.

This useful article by Sinai Technologies provides further information on how to calculate your carbon baseline for GHG management.

2. Choose a project and pay:

Gold Standard has a long list of individual projects that fall under different carbon offset types, e.g. distributing ceramic water purifiers in Cambodia by a local social enterprise called Hydrologic. Its “Super Tunsai” water purifiers reduce the burning of wood otherwise used for boiling water while they also reduce indoor air pollution and save on fuel. Gold Standard lists for each project the price in $ per tonne of carbon offset, e.g. in this case of clean water in Cambodia you would contribute $12 for each tonne of CO2 emissions.

Alternatively, the UN Carbon Offset Platform also has a number of projects which they list per world region, by impact (environmental, social and economic), and by industry (agriculture, solar etc.). The calculator is already included but you can choose another one if you prefer.

Finally, since the carbon offset calculators can show quite some variation, climate advocates advice to double offset your activities. This way you’re certain you’re truly offsetting your emissions. So, buying two tonnes worth of carbon offsets from Hydrologic’s clean water project in Cambodia ($24) will make sure your Ryanair flight from London to Alicante is properly covered. And if you also reduce your annual flying habit then your green credentials are solid.

For further reading and research:

(1) A complete guide to carbon offsetting, The Guardian

(4) In defence of carbon offsetting, ENDS

(5) How Additional is the Clean Development Mechanism?, Öko-Institut e.V.

(6) Offsetting carbon emissions: ‘It has proved a minefield’, The Guardian

(8) It turns out planes are even worse for the climate than we thought, NewScientist