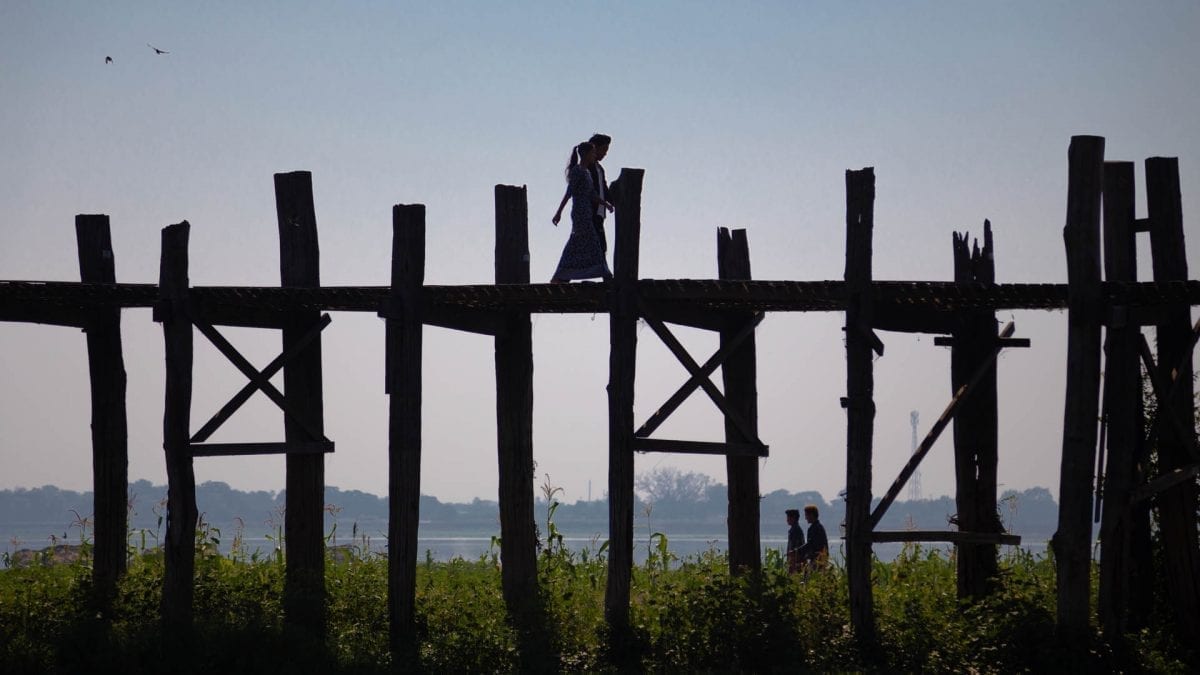 Located in northern Myanmar on the banks of the Irrawaddy River, Mandalay is the second largest city in Myanmar. Not a major tourist destination in itself, Mandalay was the first stop on our trip around northern Myanmar that would take us to the temples of Bagan and Inle Lake. We spent a day exploring Mandalay Myanmar attractions within the city.

Walking U Bein Bridge in Mandalay 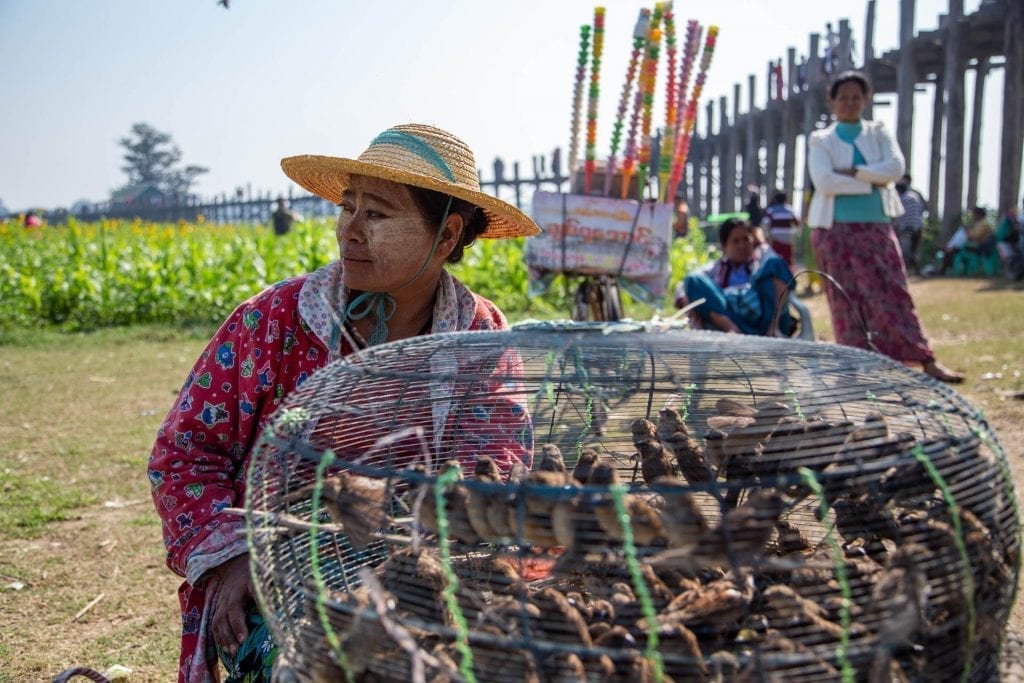 U Bein Bridge (main photo) is one of the most well-known attractions in Mandalay. Located to the south of the city it is popular with local and international tourists. Built around the year 1850 the 1.2 kilometre bridge comprises over 1,000 teak wood pillars making it the oldest and once the longest wooden bridges in the world. The bridge is most popular at sunset when it shows its unique silhouette against the setting sun, but you can find photogenic angles at any time of day. 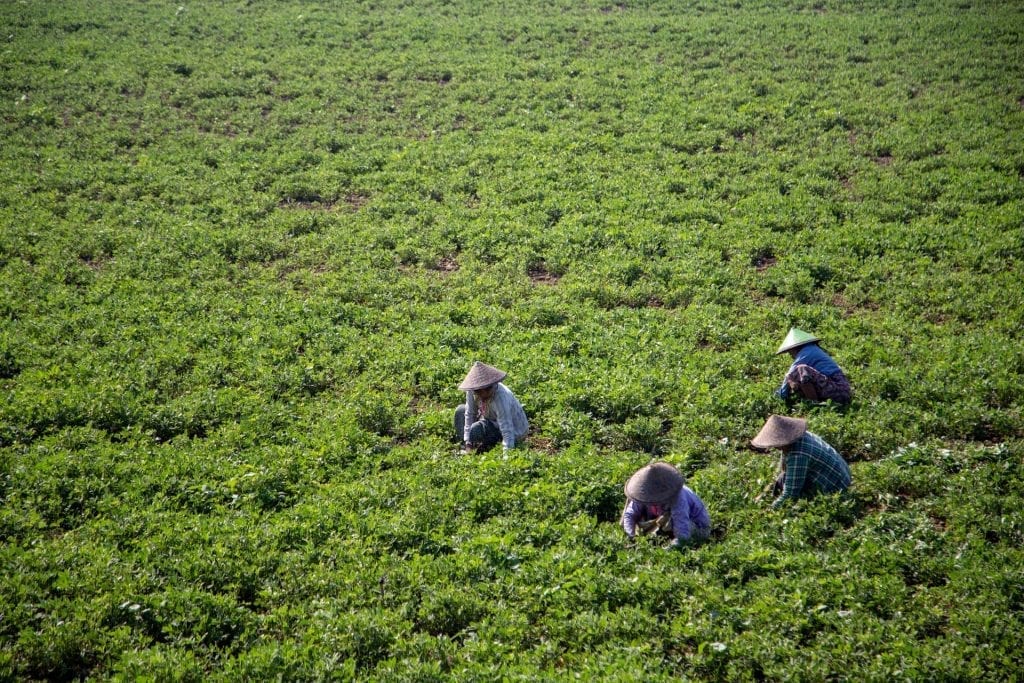 In the dry season the lake waters recede, offering fertile ground for cultivating crops including peanuts and sunflowers. The Taungthaman Lake also offers a rich source of fish. 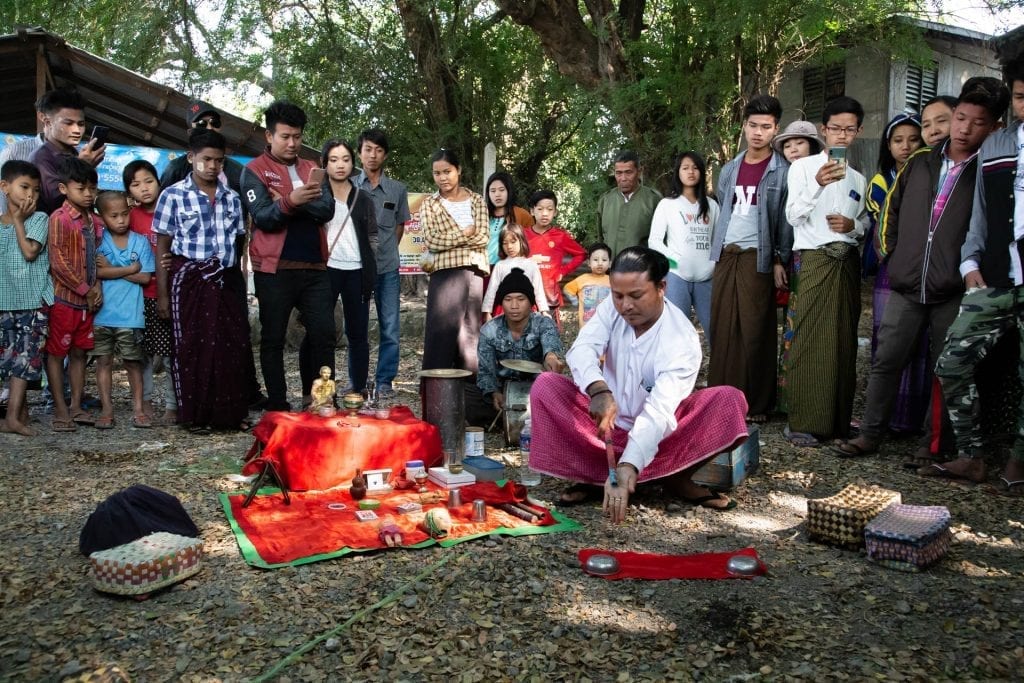 On the far side of U Bein Bridge we encountered a local snake charmer performing an impromptu magic show. 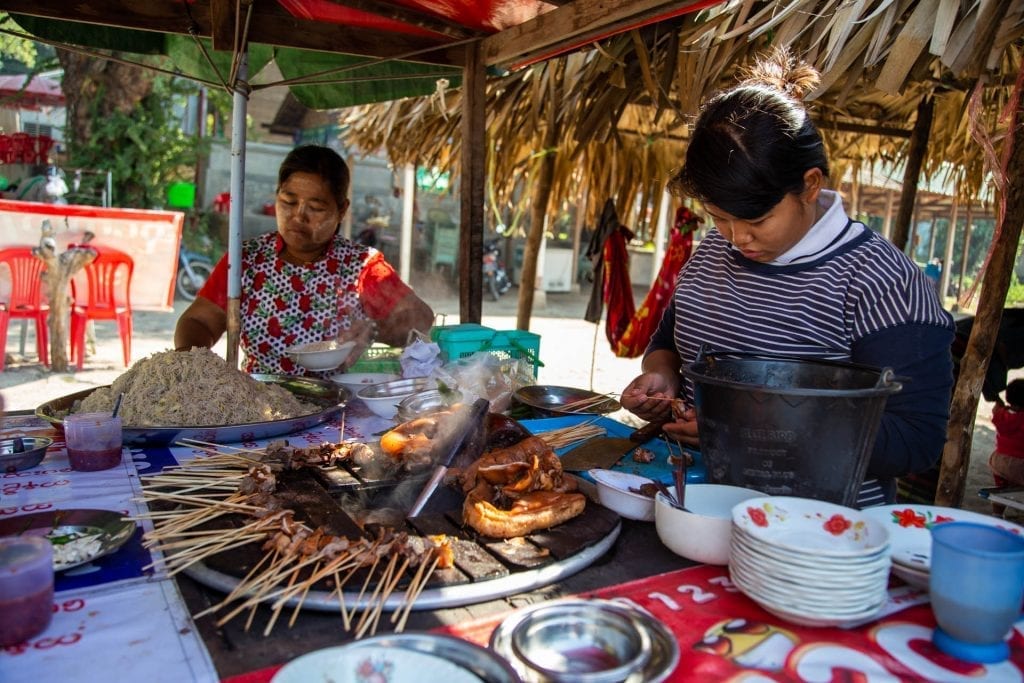 We first encountered “Wat Thar Dote Htoe” pork sticks in a prior city break in Yangon, and found they were also ubiquitous in Mandalay both in the downtown areas and on the far side of U Bein Bridge (pictured). Almost every part of the pig is sliced up, skewered on bamboo sticks and dipped in a bubbling vat of broth. 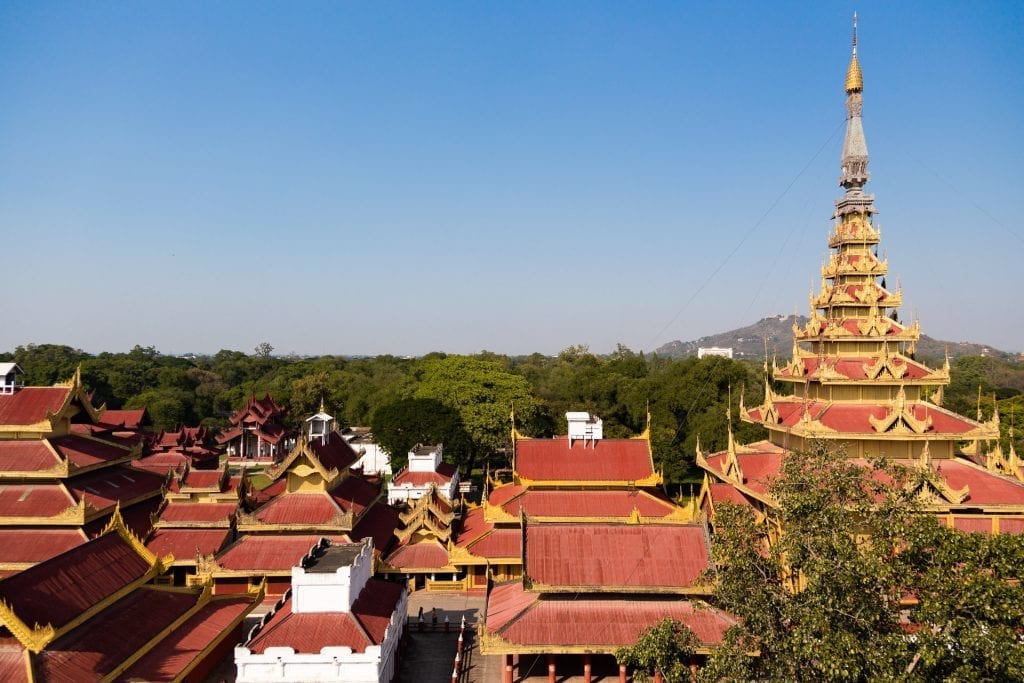 The high walls and wide moat surrounding Mandalay Palace dominate the centre of the city. Most of the old citadel grounds within the walls is strictly controlled by the army, but visitors are able to visit the central palace compound. The palace housed the royal family until their capture in 1885 during the British colonial era. Many of the buildings have been rebuilt after being destroyed in World War II, but the original watch tower remains and it can be ascended for views beyond the walls of the citadel. Nearby the palace entrance is the historic Shwenandaw Monastery built of intricately carved teak. It is the only building of the original royal palace complex that has survived to this day. 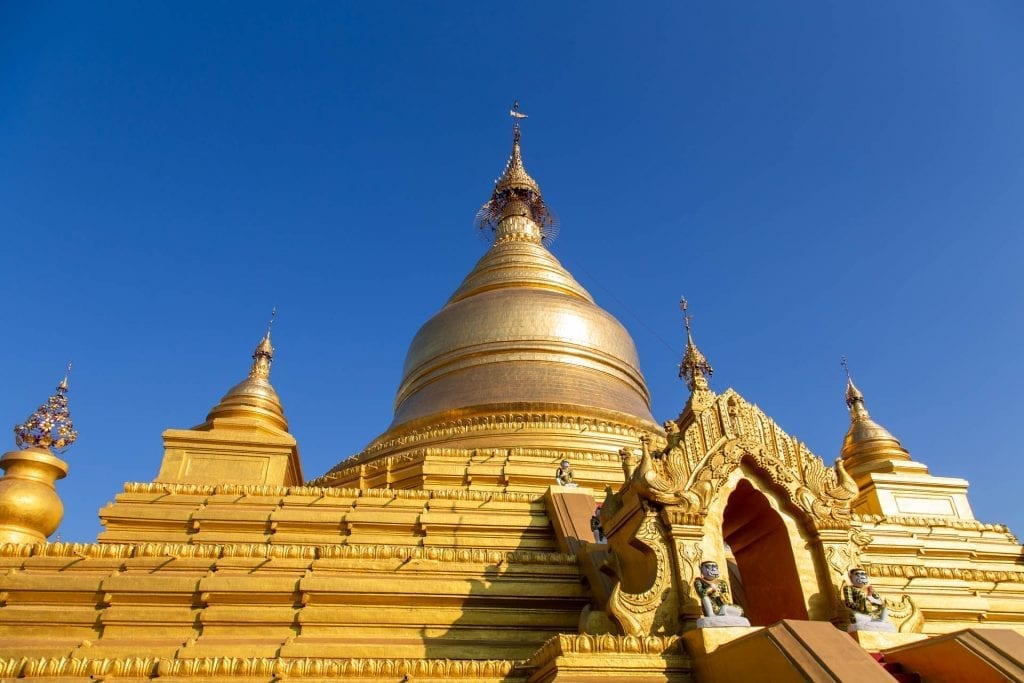 You would be forgiven for missing this during a visit to Kuthodaw Pagoda. The “book” is a set of 729 large marble slabs inscribed on both sides. Each of these “pages” are housed individually in stupa-like structures spread around the grounds of the pagoda. The quintessential sunset spot in Mandalay is overlooking the city from the pagoda that sits at the top of Mandalay Hill. Though Mandalay is not the prettiest of cities either from the ground or from above, from the vantage point atop Mandalay Hill you can take in everything from the treetops filling the former royal citadel to the regular blocks of concrete buildings leading to the Irrawaddy River in the distance.

Follow Marissa Carruthers on the Road to Mandalay by Motodup.

Some more photos from our Mandalay sightseeing.

Flights and Hotels in Mandalay Myanmar

Search for flights and hotels in Mandalay Myanmar with our booking engine below: