The beauty of Andalusia and Lisbon is waiting for you to explore, so why not look into the tapas food of this fascinating and historic region? 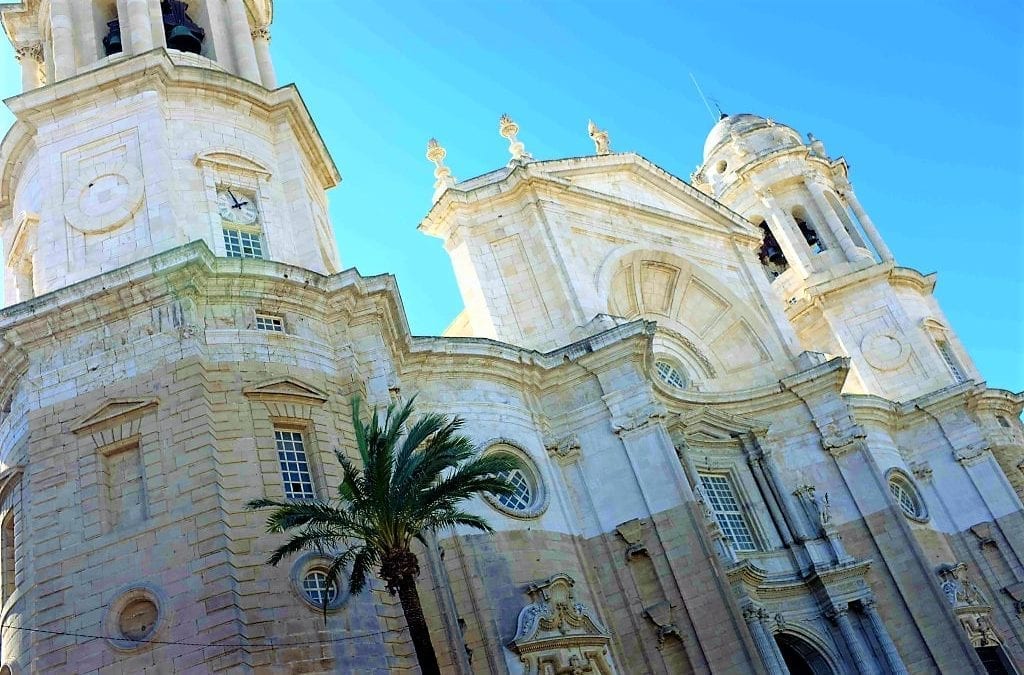 The following trip was taken before the Covid-19 situation took hold. But be rest assured that the beauty of Andalusia is still waiting for you to explore. As we now have a bit more time to plan our next adventures why not look into the tapas food of this fascinating and historic region?

Maybe try out a little home cooking before you get there? There are lots of easy dishes to have a crack at. Just imagine the ceilings hanging with strings of chorizo and garlic, grilled octopus and the marvellous aroma of meat cooked on an open fire that awaits you when you get there, all washed down with a glorious caña of Cruzcampo.

I fancied exploring that beautiful region of southern Spain, Andalusia. It’s a heady and beguiling mix of Moorish and Christian architecture, the birthplace of Picasso, Velázquez and Murillo and others as superb food and wine and dramatic vistas, what’s not to like?

From Cadiz to Gibraltar 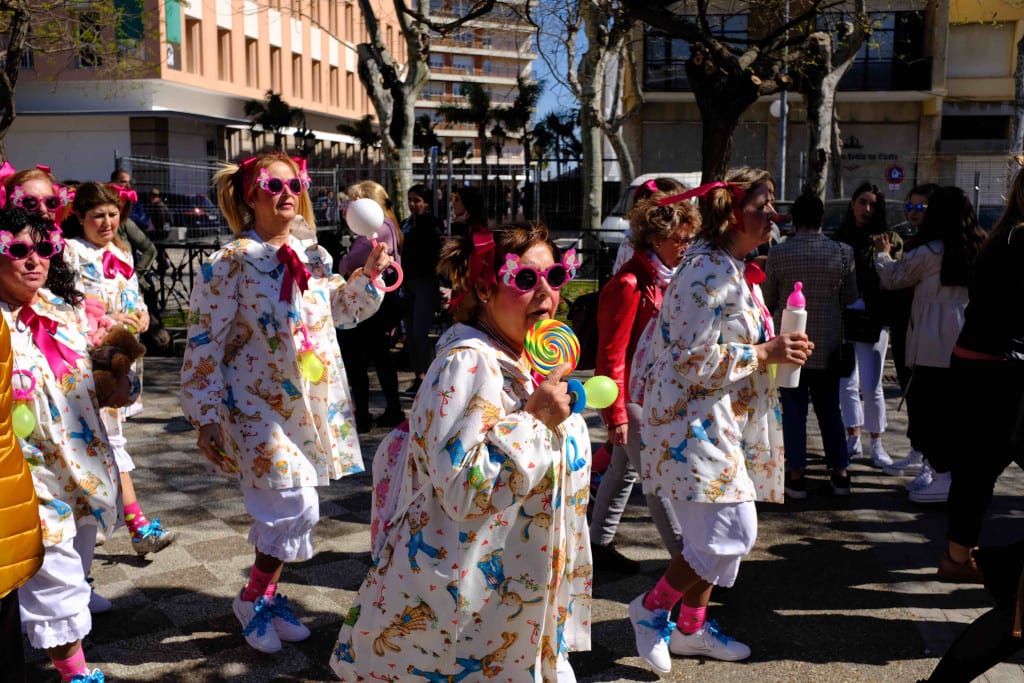 Our arrival in Cadiz coincided with the beginning of a 10-day festival. The ancient streets were full of families and groups of friends dressed in themed costumes, anything from medieval, Game of Thrones to Star Wars and Shrek and much in between. The mood was joyous and friendly, everyone takes part from the youngest to the oldest. I saw a group of grandmas singing and dancing about their woes all dressed in Superman costumes. The attention to detail is amazing, they really go for it and it’s hard not to get carried along with the enthusiasm.

There is of course a quiet side, a warren of streets and alleys concealing sleepy tucked away squares, historic churches, a cathedral, museums and a wonderful carless environment to wander around as well as a couple of superb beaches. Cadiz is a natural stronghold; it survived a two-year siege in 1810 and so has in many ways stayed unaltered over the centuries. The buildings are close together to provide shade but most have an inner courtyard. This is officially Europe’s sunniest city.

I took some time out from the hustle and bustle of the festival and had an excellent lunch at Café Royalty in Plaza Candelaria. It’s one of those beautiful grand romantic restaurants the like of which you don’t see very often. Great service, super food and wine and the ceilings are painted by well-known artists such as Filipe Abarzuza. A place to dream an afternoon away over a Pedro Ximenez sherry. Through the Straights of Gibraltar (you’ll have to breath in as there’s only nine miles separating Africa and Europe at its narrowest point) and on to Malaga. One of its claims to fame are the 51 championship 18-hole golf courses in the area, the highest concentration in Europe. Pablo Picasso was born there and where he spent most of his childhood, a good museum holds many of his important works.

I decided to take an excursion to Granada to see the world-famous Alhambra Palace. It started out as a small fortress built on Roman ruins in AD 889 over the next 500 years it became an important stronghold and in 13th century became a royal residence. It was expanded to accommodate the 5000 people needed to look after the royal household. The gardens are part of the beauty of this place, stretching over 50 acres.

The Christian knights conquered this part of Spain in 1492. Instead of destroying its Muslim designs and origins it was kept and added to. Parts of it were consecrated and became a chapel. This is worth a few hours at least for a visit. There is so much to see and a guided tour is the best way of getting the most from it. Almeria was the next stop. There’s something quite magical about looking through a round porthole window and seeing a new destination in the morning. Another Moorish stronghold in its day the Alcazaba fortress is worth looking around as are the old streets with plenty of restaurants and cafes to try out the local tapas, it was named gastronomic capital of Spain in 2019. It’s on the edge of Europe’s biggest desert making it a prime movie location past and present.

Lisbon, the capital of Portugal, is a buzzy, almost hectic place with tuk tusk everywhere offering you tours and rides. It’s a really interesting city that deserves a closer look. I took a Yellow Bus tour on one of their fabulous wooden trams around the city. It’s very hilly (there are 11) so I’d recommend it. In just over an hour I’d seen from the top down to the bottom with an excellent English-speaking guide and a lady in traditional dress handed out pastéis de nata, those brilliant little egg tarts made with puff pastry (impossible to eat just one) and a glass of port. How civilised! There are plenty of museums, sights and eateries to keep one busy for a few days in this charming, sprawling city. 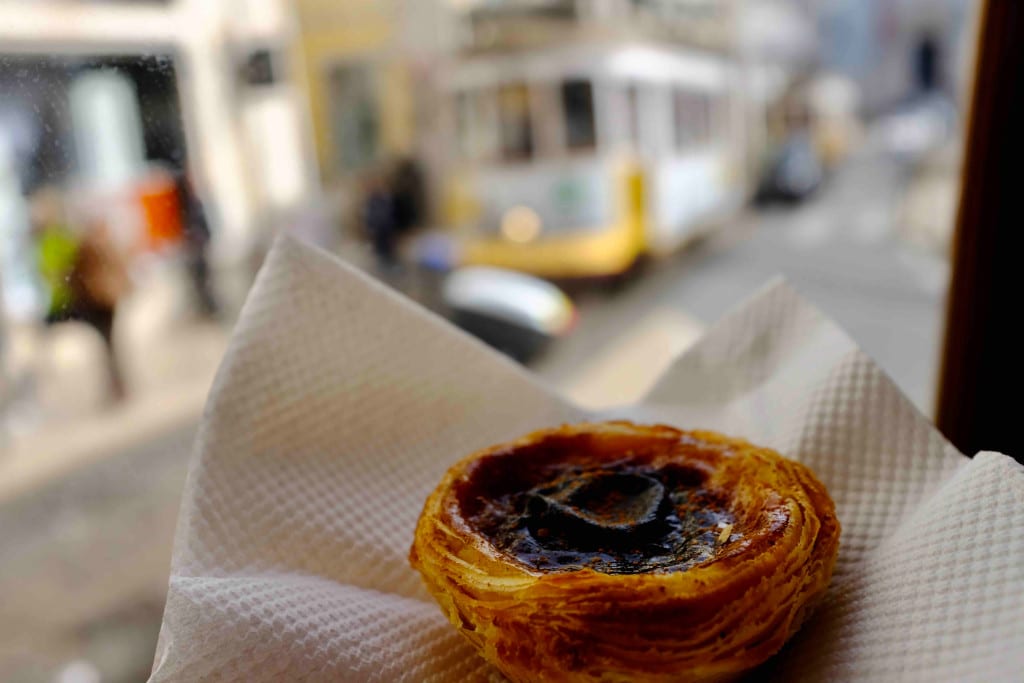 Time was flying by but I wasn’t done with Spain just yet. Last stop Vigo on the north coast just above the Portuguese border. An important harbour town with a pair of large figure of eight bays that splay inland and provide calmer waters. Francis Drake came here in 1588 and 1589 which prompted a retaliation for of an Armada in the summer of 1588, thankfully all that is well behind us and the locals couldn’t be more welcoming.

I visited the small town of Bayona which is just outside Vigo. Offering fantastic family friendly beaches and medieval streets it was no surprise to find a festival in full swing. Again everyone had gone to town with their costumes. There were re-enactments, many succulent BBQ’s on the go and much drinking and merriment. I’d never heard of this place but I know I want to return someday; it was such fun.

The Beauty of Andalusia