Travel Begins at 40 gets up close with Alan Heywood of Ffestiniog Travel on his 65-year love affair with trains and his thoughts on the future of travel. 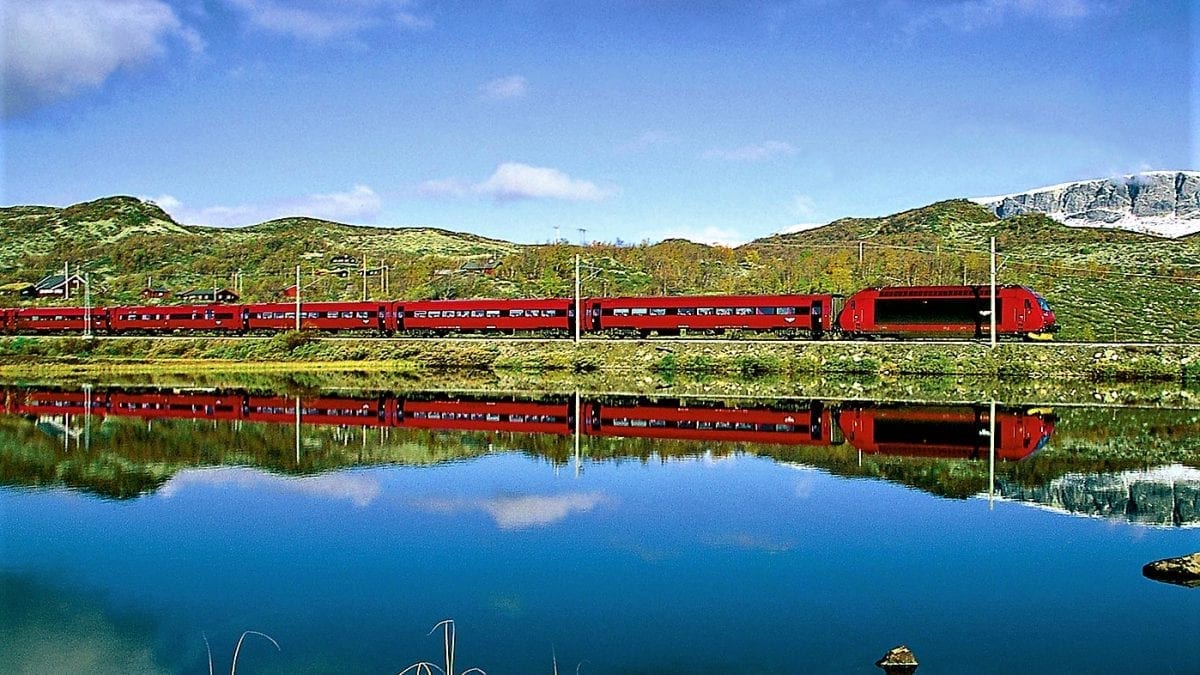 To say that Ffestiniog Travel Director Alan Heywood is a veteran of the rail travel industry would be something of an understatement.

Alan’s rail industry experience stretches all the way back to 1955, when he first volunteered as a 15-year-old schoolboy at Ffestiniog Railway’s recently re-opened Porthmadog Station. He remained closely involved with the railway throughout the 1960s and was soon involved in pretty much every aspect of the railway’s day-to-day operations.

After a spell teaching geography and history in Cheshire, he joined the railway full time in 1969 as Traffic Manager.

Switzerland, with its many scenic mountain railways and spectacular Alpine landscapes, seemed like the natural destination

Dr Beeching’s infamous cuts to British Railways involved plans to remove all staff from numerous stations on the Cambrian Coast line in Wales. This move created commercial opportunities for Ffestiniog Railway which was asked by BR to become its agent for domestic rail tickets throughout the UK. After Alan joined the railway, he applied for this to be extended to Sealink Ferries and continental rail –  Ffestiniog Travel (FT) was born. The Ffestiniog Railway Society’s 5,000 members proved to be the first, ideal market to sell these European rail holidays to.

The Sealink journey between Harwich and Hoek van Holland provided a gateway to the whole of Europe – Alan knew there was much more to explore beyond the dykes and windmills of Holland by train and he set his sights on Switzerland for the company’s first Continental rail tour.

“We knew that regular Ffestiniog Railway passengers and society members loved the mountain landscapes and heritage railways of Snowdonia, so Switzerland, with its many scenic mountain railways and spectacular Alpine landscapes, seemed like the natural destination. Originally it was planned as a one-off trip, but little did we know that that first trip in October 1974 would become the fulcrum of our business for the next 45 years.”

This maiden week-long rail tour had 68 travellers and four staff. Within Switzerland it split into two separate tours, one group doing the reverse route of the other, passing each other in Locarno.

‘It was fraught with difficulties,’ Alan remembers. ‘On the rail journey out, we had to change trains in Cologne and our connecting train arrived with all 72 seats that we had reserved already occupied. My limited German just about coped with most but, even so, six of us had to stand all the way to Basle – not ideal. Getting everyone fed was also quite a challenge.  But, despite this, the tour was a great success and plans were hatched to repeat the experience. I thought, if we can do it once, we can do it again.”

And indeed they did. A repeat Swiss tour plus a trip to Norway were planned for the following year and the business gradually continued to grow, slowly but surely, as train travel became more and more popular and used for the purposes of leisure as well as for work and visiting family and friends.

With it came an increase in competition and today there are many other rail tour operators marketing similar train-based holidays around the world, – so what makes Ffestiniog Travel stand out from the rest?

‘For one thing we’re owned by a charitable trust.’ Alan explains. ‘That means the profits are ploughed directly back into preservation projects for the Ffestiniog and Welsh Highland Railways . Also we actively decided to remain a small, independent business to maintain a high level of flexibility in order to give our customers a hands-on, bespoke, personal service.’

This strategy has clearly paid dividends. Ffestiniog Travel receives a lot of repeat business, with around 60-70% of customers rebooking each year.

‘We are on first name terms with many of our customers. I suppose Ffestiniog Travel is more like a travel club really, than your standard rail tour operator.’

So have wedding bells chimed on any Ffestiniog Travel’s tours?

‘We haven’t had any marriage proposals on our trips yet, to the best of my knowledge, but I do know that many life-long friendships have been forged. In fact, travellers on Ffestiniog Travel trips have bonded so well that they often organise reunion trips, year after year.

‘Switzerland is a popular choice for those,’ Alan remarks. ‘I think because there’s just so much variety there. Customers can go back again and again and experience something new, and in the company of like-minded travellers who have become firm friends.’

So just what is it about rail travel that makes it withstand changes to holiday and travel habits?

‘I think above all train travel provides people with the freedom to see the world without too much hassle. Ffestiniog Travel likes to keep things flexible and treat customers like the responsible adults they are. We try to keep our tours as unregimented as possible. Our travellers can do their own thing, knowing they have the security of the group to return to. Simply put, our outlook is this: it’s your holiday, so you should be able to do exactly what you want. So if you’re staying for a few days in Vienna and fancy doing your own thing rather than taking the set excursion, you can do that.

‘There’s no frogmarching to the station on a Ffestiniog Travel tour either. We’ll just see you on the platform. There’s a level of mutual trust among our customers, they’re mostly seasoned travellers after all, and most are confident enough to dip in and out of any itinerary.’

As we keep hearing, these are certainly unprecedented times we’re living in, loaded with major challenges for those of us in the travel industry. But perhaps it helps to be reminded that veterans such as Alan have weathered many other storms down the decades.

The 2008 recession hit Ffestiniog Travel hard, when the fluctuating value of the pound posed a serious problem, resulting in the only year in which they made a loss.

On a smaller scale 9/11 had an impact, when business was halted throughout September, coming right at the end of their peak season. Alan actually had two tours due to depart on the day of 9/11 itself, to Slovakia and Canada respectively. The news broke just after the Vancouver flight had boarded, meaning that everyone had to disembark and overnight at  Heathrow.

We’ve been able to keep faith with our customers, but many other, bigger travel companies have not been so lucky

One guest had departed ahead of the group and was already out in Canada. He went ahead and did the tour solo.

‘Via Rail and the hotels were very obliging there.’ Alan remembers. ‘They let him travel despite having no hotel vouchers and no rail tickets.’

The volcanic ash incident of 2010, which massively disrupted the air travel industry also caused a near miss for Ffestiniog Travel’s Balkan rail tour.

Of course nobody would dispute the fact that COVID-19 has had the biggest impact of all.

Ffestiniog Travel has cancelled all of its tours from April up to July 2020, including all the tailor made tours which account for a third of its business. ALL customers have been fully refunded and Alan is markedly modest about this.

‘We’ve been in a fortunate position to be able to do it. It helps that we are a small company, so we buy flight seats and hotel beds in small numbers rather than getting locked into large contracts. We’ve been able to keep faith with our customers, but many other, bigger travel companies have not been so lucky.’

Half the company’s staff have been furloughed, knowing that it’s necessary for its sustainable survival. And of course there’s still work to be done processing refunds and also planning next year’s programme.

With each passing week the uncertainty seems to build momentum. Nobody has a crystal ball and any predictions around how Covid-19 will shape the future of travel are likely to be hostages of fortune.

As for Ffestiniog Travel, its client demographic is another key factor, with most customers retired and aged  in the 60+ age bracket, who, being the most vulnerable, are likely to face longer restrictions, maybe even until a vaccine is in place.

Alan remains cautiously optimistic. “I think confidence will return eventually and there will undoubtedly be a pent up desire to travel, but I do think that it may be slow in coming. Still, I’m certain that it will come back in the longer term. Indications so far suggest that customers have not lost their appetite to travel.’

Before the Coronavirus pandemic hit there had already been a growing trend towards rail travel, with customers opting to take the train for environmental reasons. Alan has witnessed this first hand, with some passengers forgoing flights to Romania for example and instead adding on an extra rail segment, extending their holiday by three days in each direction. He feels that it’s too soon to say if COVID-19 will escalate this trend.

But there are positive signs too. Many of their customers have already rebooked for 2021.

‘’Our travellers are people who enjoy seeing the world, learning about the places they visit, taking in the scenery and visiting cities of interest. So perhaps they will be less cautious than some.

​I’m confident that our customers will remember us once they’re ready to travel again. Nearly everyone has said put us down for next year, so at the moment the feeling is very positive. We’re hoping they’ll be raring to go by Christmas.’