Although travel has been prevented for most of us, we can still dream of the future. Hopefully these wonderful travel images of Asia by Rupert Marlow will inspire you on your next voyage. Although travel has been prevented for most of us, we can still dream of the future. Hopefully these wonderful travel images of Asia by Rupert Marlow will inspire you on your next voyage.

Travel photographer Rupert Marlow has journeyed throughout Asia, here he shares eight travel images of the Kapruka Pooja Festival in Sri Lanka, the Indian capital Delhi and the Vietnamese town of Hoi An deluged by the floods. 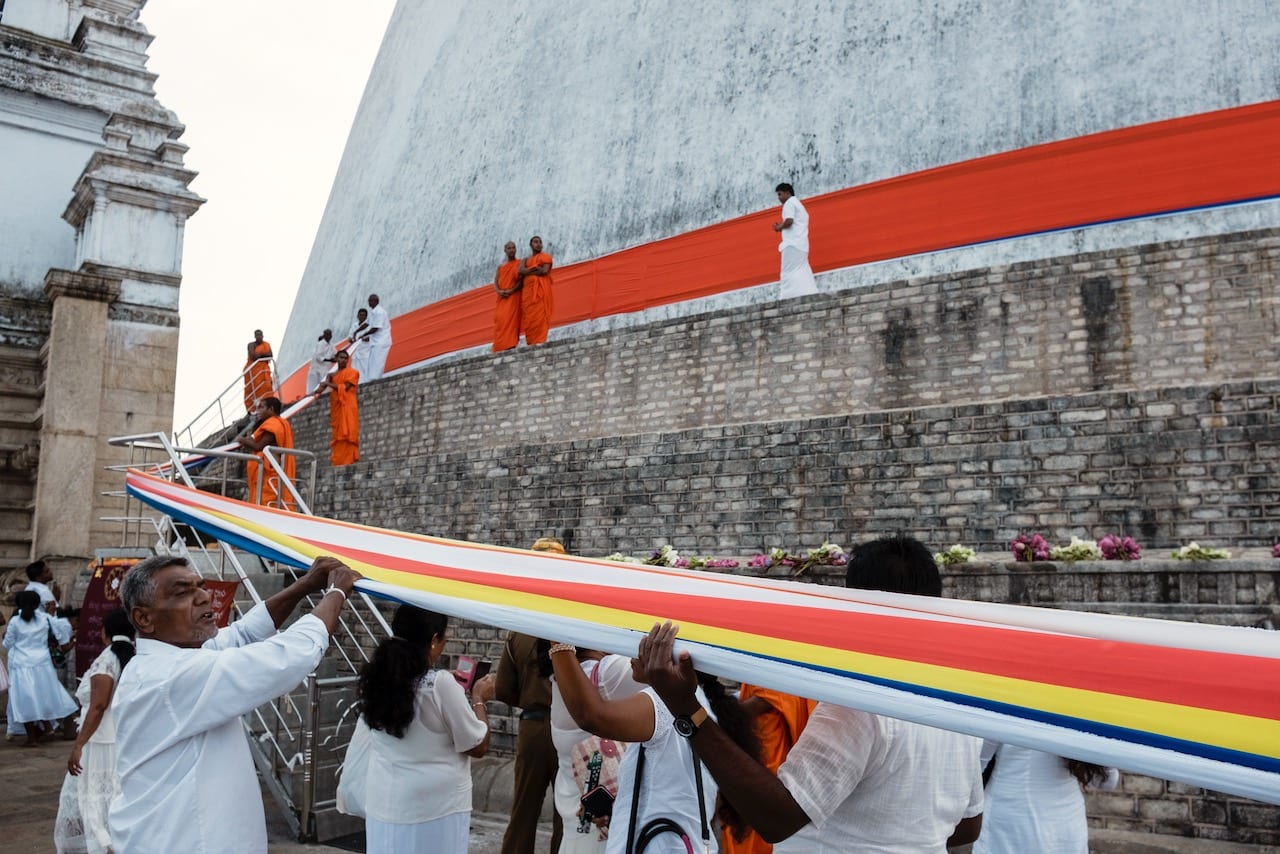 This Buddhist festival was a fascinating spectacle in which to become immersed. As a documentary photographer, it was a fantastic experience to move amongst a crowd of such commotion. It was a very joyous atmosphere among the revellers as they stretched the alternating orange and multi-coloured Buddhist flags around massive structures. This one is 103m tall and 290m in circumference. 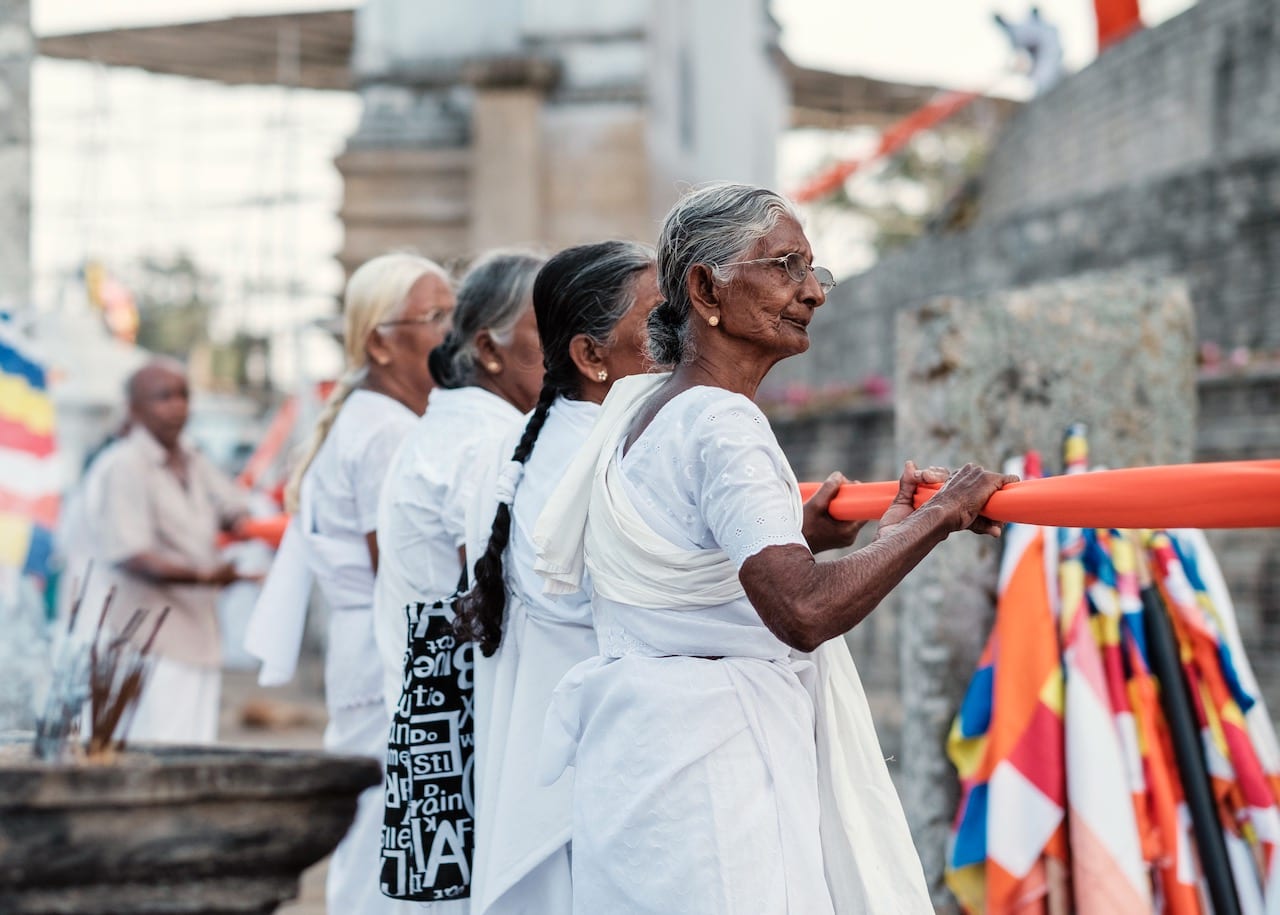 The juxtaposition of the uniformity of the clothing set against the bright flags and the sheer scale of the event is what drew me. I could hear the noise long before it was possible to make out what was going on. The flags were brought in as a procession, with people singing and chanting, accompanied by rhythmic drumming and music, before being passed along to the monks who would oversee the wrapping of the stupa. One man was tasked with ensuring the flag was fully stretched around the stupa. He seemed proud to have this role. This is one of the first images I had printed upon my return home.

India: Delhi Calm Amid the Storm

The shops in Old Delhi are social gathering places. Many people spend hours chatting surrounded by their often-unusual wares. These two shops sold mainly car doors and brake-lights (on the right) and motorbike petrol tanks (on the left). 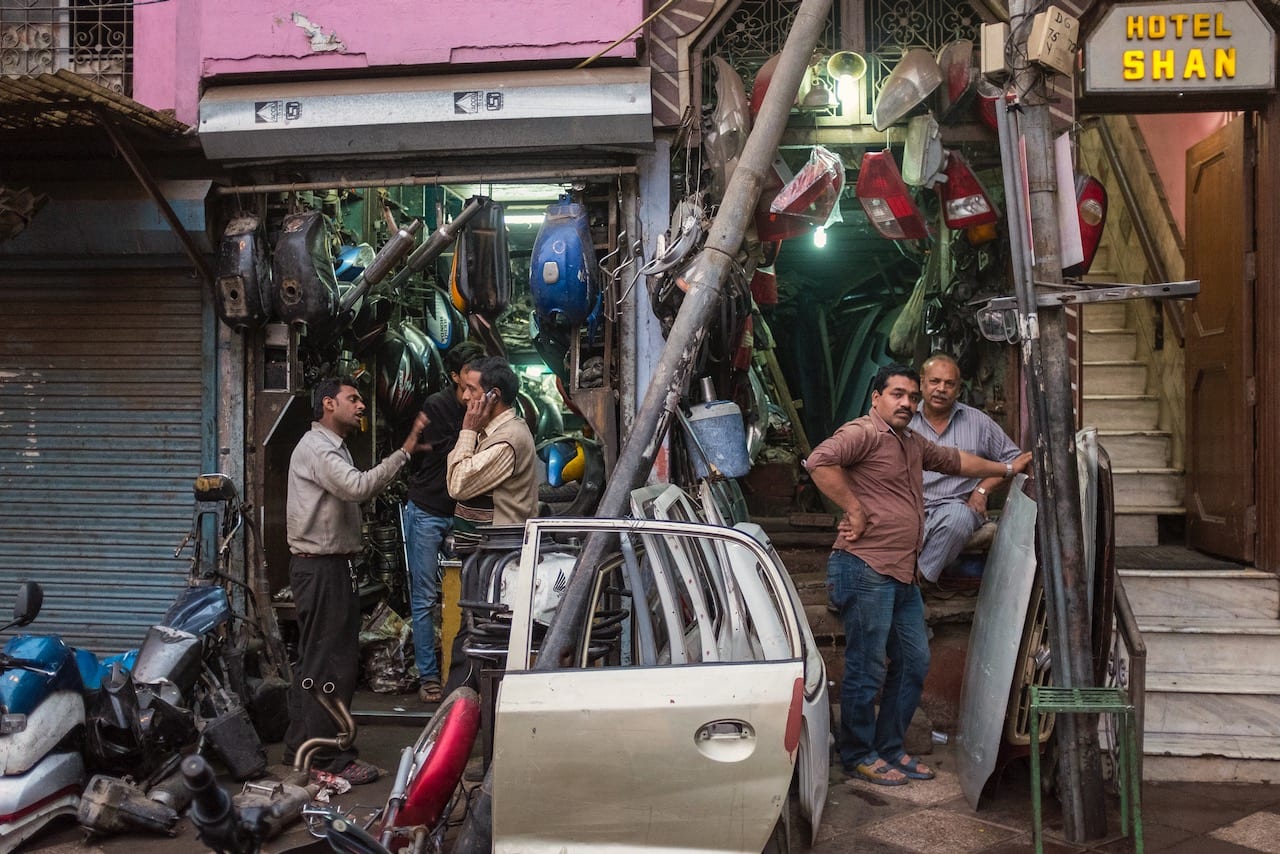 The pace of life and work is summed up in this image. On the side of the road, among the cacophony of car and motorbike horns was a queue of deliveries. The sacks contain tea leaves. While waiting for his turn to unload, one of the workers is enjoying what looks like a very comfortable snooze, carving out his own moment of peace among the mayhem of a central Delhi street. 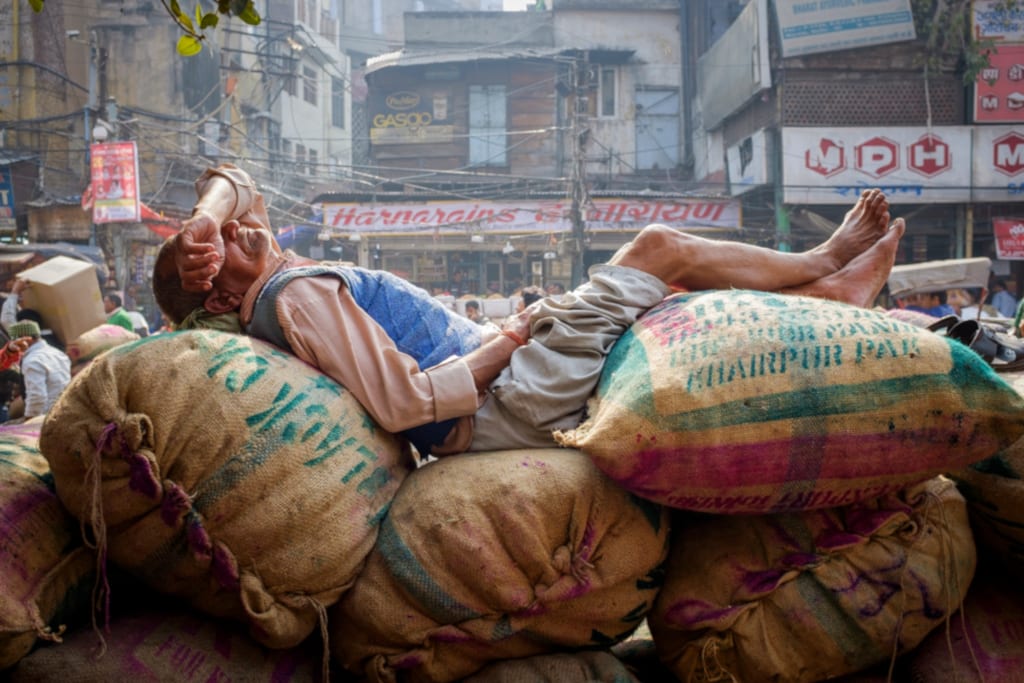 I found Delhi, at times, quite overwhelming. It was incredibly hot, very humid and at times, overbearing. It could feel very claustrophobic because of the constant commotion and noise. This is why I admired this man’s ability to appear to be at peace. It takes some adjustment to get used to the city – but embracing it and getting past the initial culture-shock is well worth it. It is a simply fascinating place.

Vietnam: Floods of Hoi An

Hoi An is a beautiful riverside town. We had a few days here and timed perfectly to coincide with a set of rains that grew into a monsoon and very nearly demolished the rest of our planned trip. 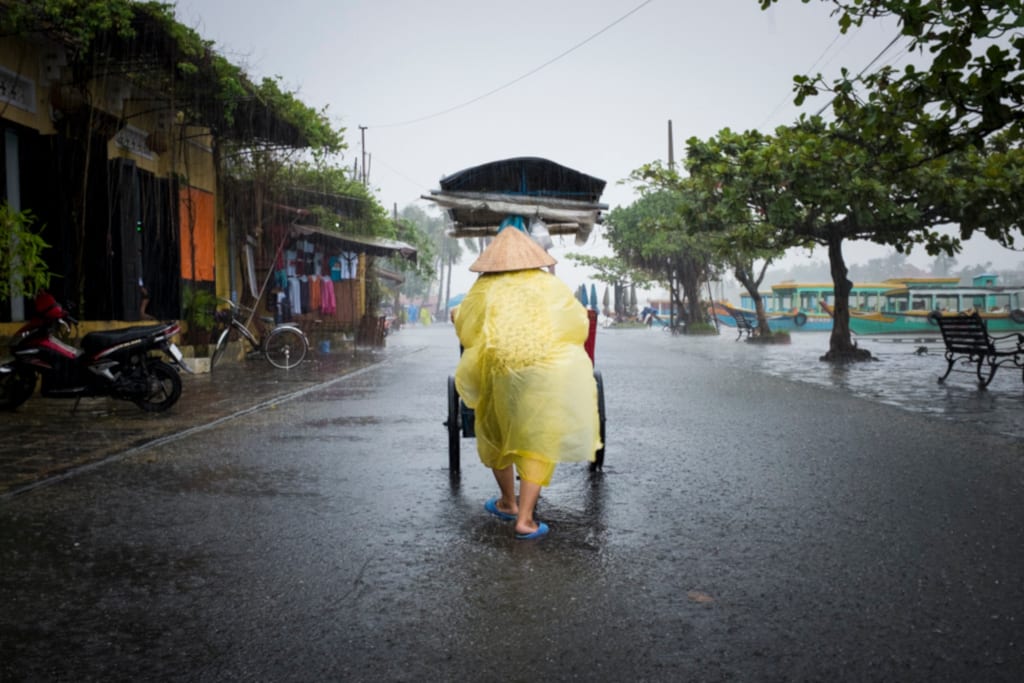 One day one, the rains filled the river and it soon became impossible to see where the stone roadside ended, and the river began. The locals carried on unphased. We quickly adjusted to the fact we were going to get very wet and tried to embrace it as best we could. After all, ‘you only get wet once’. I followed the lady in the yellow poncho for a few yards as she did not break stride pushing her heavy card through the driving rain determined to move her stall away from the river’s edge. 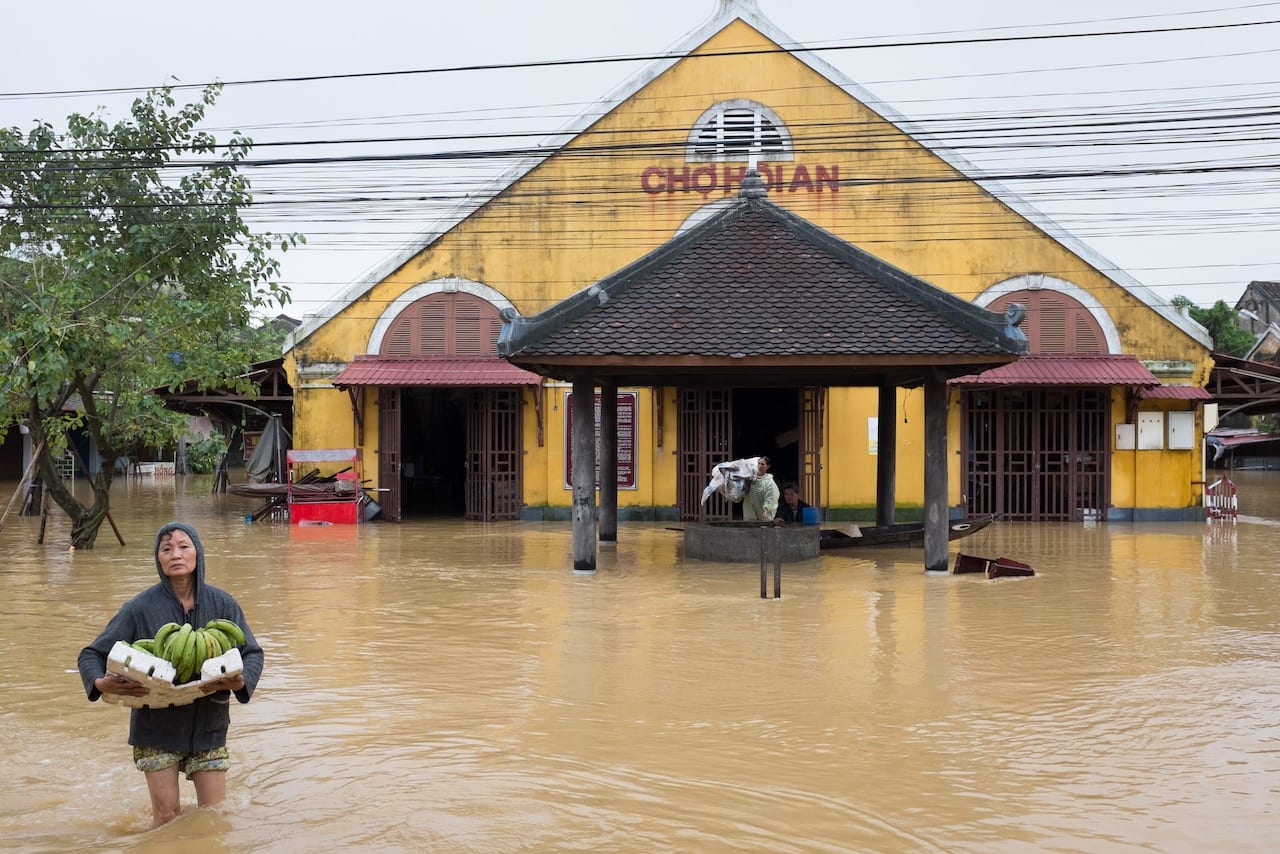 As the flood waters moved up the town’s streets, the market stall holders simply moved their wares up a few streets and carried on as normal. Eventually, the market hall itself was flooded and at this point they simply switched to using boats to ferry people around and moved further up the hill to a drier spot. 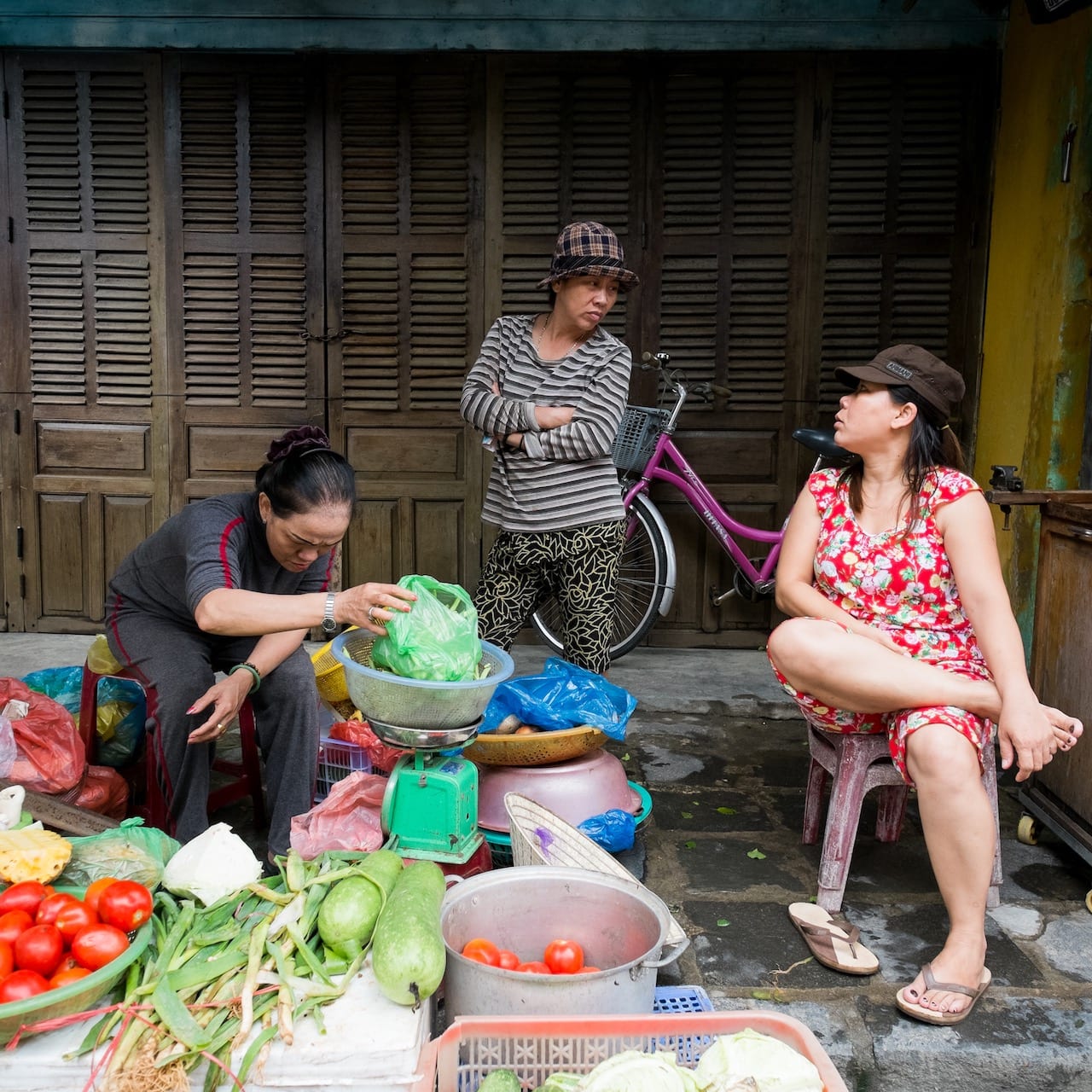 I found the quiet endurance of the people inspiring in the face of such disruptive conditions, which had become a way of life for the residents of Hoi An. Despite this hard and unpredictable way of living, we found the Vietnamese to be kind-hearted, friendly and almost always willing to help. Of all the places we visited and have since, I’ll never forget Hoi An and the floods we experienced there.

If you are travelling to Vietnam, why not join in a Vietnam Photography Tour, as Marissa Carruthers did? 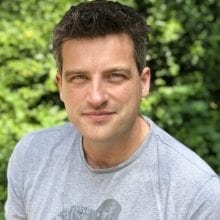 Rupert was given his first camera on my seventh birthday. The first thing he did was take this camera upstairs to his bedroom and dismantle it – to see how it worked. This sparked his interest in photography for the rest of his life. As a photographer he now has experience in weddings and events, commercial and fine art photograph, in both studio and location photography of food, interiors, products and editorial photography. He works largely but not exclusively in Gloucester, Bristol, Bath and Swindon with clients as far afield as Sri Lanka, New York and Crete. To see more of Rupert’s work, visit: https://www.rupertmarlow.gallery/.