Covid-permitting, Seth Wise is going to be one of forty or so people to run the FVD North Pole Marathon – literally running on water. 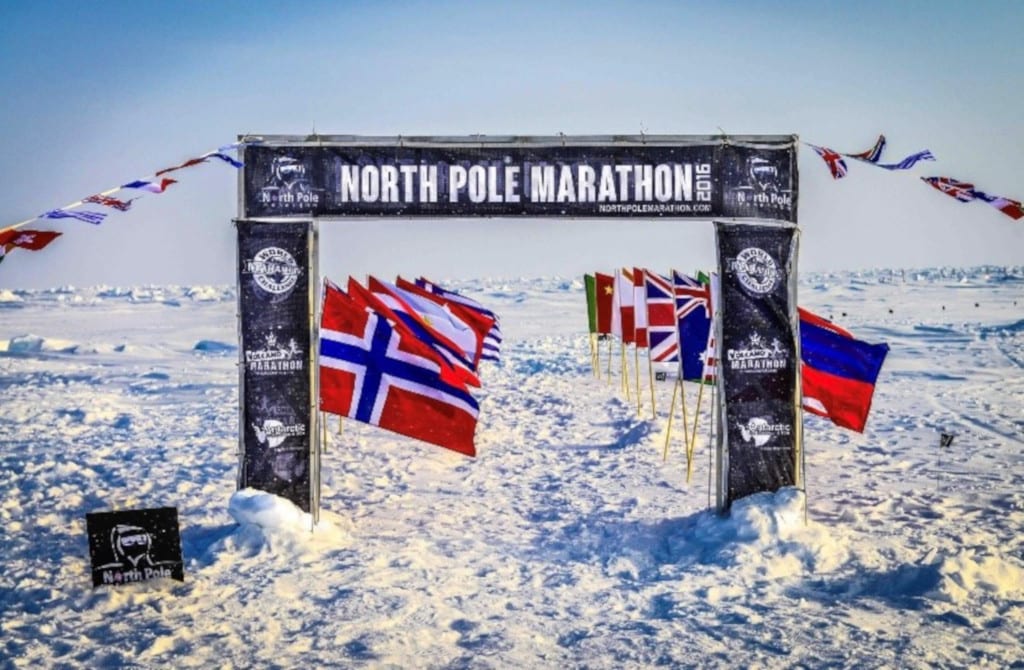 For many people the ultimate sporting challenge is to run a marathon, a fearless few decide to tackle an ironman, but for Seth Wise none of these was quite enough. In April next year, Covid-permitting, he is going to be one of forty or so people to run the FVD North Pole Marathon – literally running on water.

“The North Pole is the pinnacle,” says the former rugby player, who took up marathon running after he retired, “not many people will do it, or want to do it.”

Less than 450 people have completed the North Pole Marathon. Recognised as the most northerly in the world, it has been run in the Arctic Circle at Barneo Ice Camp since 2002. The 2021 marathon will be the 16th issue.

To get there Wise has to fly first to the Norwegian capital of Oslo and then to the Svalbard archipelago in the far north of the country, before being flown into the camp which is constructed each year on the ice floes.

The distance will be no problem. Wise has run some 27 marathons, with a personal best time of 3 hours and 12 minutes. The environmental is another issue.

“The North Pole Marathon is the ultimate physical and mental challenge,” he says. “An adventure like no other, it’s an opportunity to test my mental and physical limits on arguably the most extreme marathon course on the planet; a course that within our lifetime is likely to disappear forever.”

Temperatures could drop to as low as -45C, and Wise will be running on a 1.5 metre thick ice sheet over water in a series of two-and-a-half mile loops. He will be literally running round and round in circles on ice. Conditions will be uncertain. At times he could be running on compacted hard ice, then through knee-deep snow.

Wise will have to take on plenty of fuel on board before he sets off, as well as regularly take advantage of the tents situated at the end of the lap, in order to warm up, and avoid frostbite.

Running on Water for a Worthy Cause

“And at a time when division and uncertainty are a mainstay in all of our lives, I want to use my journey to bring together a community of likeminded people to support, educate and inspire each other to affect positive change,” he says.

The money will support the staff at his local NHS hospital, as well as Cancer Research, for whom Wise has raised money before, and three schools in the UK, Lithuania and South Africa, through his partner, the production company Collaborate Global.

Wise is keen to ensure that the money raised has tangible benefits, such as developing an interactive project for the chosen schools to discover more about themselves and the world in which they live, as well as share their experiences.

“The three charities I will be supporting do amazing work in their respective fields,” says Wise. “The money we raise will enable them to continue to support communities and individuals to live their lives and achieve aspirations that may currently seem out of reach.”

Competitive by nature, Wise has another goal. He wants to win the marathon. To do so he believes he will need to compete the marathon somewhere around the four-hour mark, although this will depend upon conditions.

After that he hopes to go sub three hours in the Berlin Marathon later in 2021, after the North Pole Marathon that surely will seem like a walk in the park.

If you wish to learn more about Seth Wise’s run, the causes he is supporting and how to make a donation, visit: http://www.90degrees-north.com/