The Dominican Republic, one of the most popular Caribbean destinations for British travellers, has some compelling reasons to book for your first holiday out of lockdown. 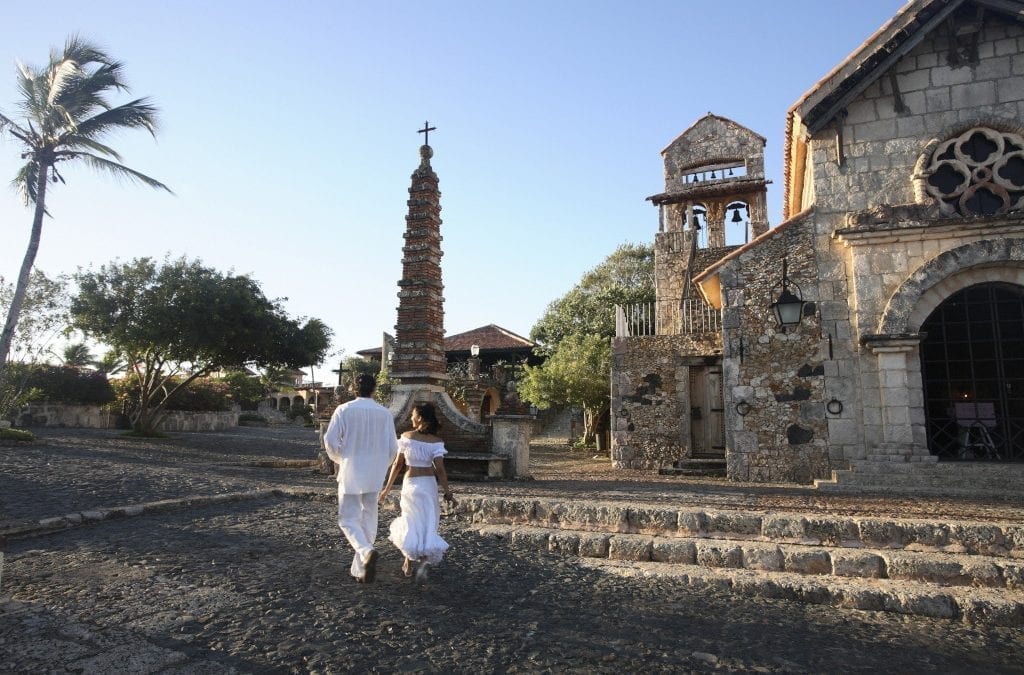 The Dominican Republic, one of the most popular Caribbean destinations for British travellers, has some compelling reasons to book for your first holiday out of lockdown.

The Dominican Republic’s Pico Duarte is the Caribbean’s mightiest mountain and while the 3,087m climb to the top may be a challenge, the sunrise views from its summit are exceptional.  Departing from Jarabacoa, several operators offer two or three-day guided treks through central alpine grasslands and tropical and pine forests. Along the hike, nights are spent at the official camping grounds of the area’s two national parks – and, to ease the carrying load, mules accompany most treks.

For a super charged adrenalin encounter, the 27 Charcos de Damajagua, not far from Puerto Plata, located on the north of the island, offers adventurers a day-long rush of waterfall after waterfall. Kitted with helmets and life jackets, after hiking up the jungle hillside the fun starts with swimming, sliding and jumping down a series of natural waterslides and chutes into azure plunge pools. The trip can be booked with www.toursbylocals and is run by local guides who live within the community with park entrance fees benefiting local residents.  For more information visit: https://www.godominicanrepublic.com/canyoning-rappelling/

Head to the Merengue capital of the world

Strictly fans will know all about the Merengue but may not know that this rhythmic Latin dance has its home in the Dominican Republic. It’s so part of the national identity that, as well as featuring on UNESCO’s official cultural heritage list, there’s even a national day devoted to it on 26 November. Dominican Republic is also the birthplace of the sensual Bachata dance. One of the best places to see dance performed for free is by joining the locals every Friday and Saturday evening in Santo Domingo’s Plaza España to experience a vibrant outdoor show with live dancing and music.

Abseil into the underground world of the cave dwellers

Located northwest of Punta Cana, Cueva Fun Fun  (Double Fun Cave) may sound like an easy enough caving option; but its name belies a bucket list caving experience. Starting with a 30-minute trek either on foot or horseback, adventurers are fitted with a rope, harness and helmet ready to abseil the cave entrance on an Indiana Jones style mission. Once inside the enormous subterranean cave, underground pools, stalactites and stalagmites await.

Just outside the country’s capital in Santo Domingo, Los Tres Ojos National Park is home to the largest underground cavern network in the country, all linked by a series of lagoons. It is also possible to view a fascinating gallery of pictographs, carved by the first inhabitants, the Taino Indians, which are only accessible by boat, in Los Haitises National Park.

The Dominican Republic’s mountainous backdrop means it’s the ziplining king of the Caribbean. At Samaná – the longest run in the country, with an integrated brake system and more than a dozen lines – there’s the chance to reach speeds of 40mph, glide in pairs and flip upside-down at 122 meters (400 feet) above the verdant hills of El Valle. Even near the coast in Punta Cana’s adventure parks, there’s plenty of ziplining adventures including some exhilarating runs at both Bávaro Adventure Park and Scape Park.

Undoubtedly, the Dominican Republic is a nature lovers’ playground. It is home to 31 species of bird not found anywhere else in the world including the Hispaniolan Woodpecker and the Palmchat. The diverse topography and varying climate combine to create the perfect environment for over 6,000 species of thriving flora and fauna. In Bayahíbe, Cotubanamá National Park stretches from land—where travellers can spot the national Bayahíbe Rose—to the marine jewels of Saona and Catalina islands, teeming with marine life.

Stretching some 249 sq km (96 square miles) along the north western coast, the Montecristi Underwater National Park is the most untouched and vibrant reef in the country. Tropical fish weave through the many shipwreck dive sites; plus, there’s an abundance of spectacular hard and soft coral gardens. Located within Montecristi are the Cayo Siete Hermanos islands which offer a world of underwater exploration and wildlife as well as shoreside iguanas and crabs. Another must-visit wildlife spot of the area is the Estero Hondo Marine Sanctuary – a protected lagoon is where the largest number of endangered, herbivore West Indian Manatees reside.

The Caribbean’s largest (at 350 square km) and lowest (43 metres below sea level) lake, Lago Enriquillo, is regarded as somewhat of a haunting beauty.  Named after Enriquillo, the first Taino chief who successfully revolted against Spanish colonialists, the saltwater lake and the Isla Cabritos – which sits in the middle of this unique body of water – are home to a large population of American crocodiles, flamingos and giant iguanas.  Other wildlife treats include 60 different species of birds, including egrets, herons and kingfishers.  For more information:

Prices start from £669 per person for seven nights all-inclusive accommodation, including return flights, with www.britishairways.com