In 1973, the United Nations General Assembly (UNGA) declared 3 March as World Wildlife Day to celebrate and raise awareness of the world’s wild animals and plants. 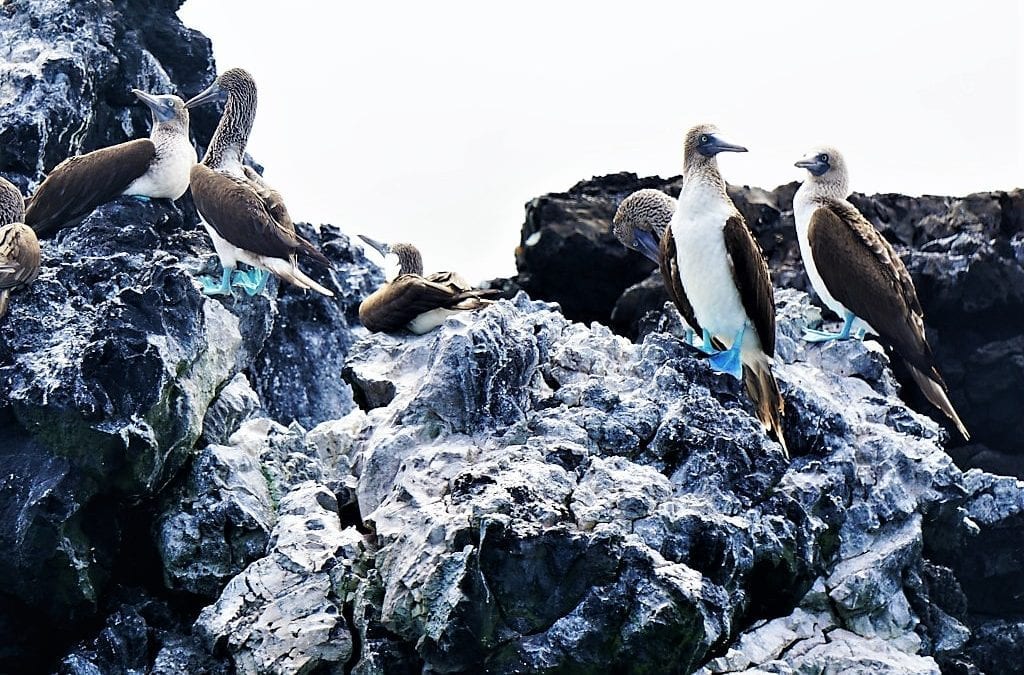 In 1973, the United Nations General Assembly (UNGA) declared 3 March as World Wildlife Day to celebrate and raise awareness of the world’s wild animals and plants. Wildlife is the highlight of many a holiday, whether that be catching a glimpse of one of Africa’s ‘Big Five’ or cataloguing a rare bird species on a deep jungle expedition.

With so many of us confined to four walls for the last year, exploring the earth’s natural wonders is expected to be a big driver for tourism post-pandemic.

The UK Travel Intelligence Report, a statistically significant survey carried out by LOTUS and powered by Travellyze, of 3,000 UK households in the context of COVID found that 57% of the UK population rate nature and outdoor experiences as “very important” factors when choosing a holiday.

So, how will travellers avoid the crowds? Here are eight alternative wildlife species and their habitats that should make any amateur Attenborough’s wish list.

You’ve heard of the infamous sloths of Costa Rica, but what about the see-through frogs? Just as one can see through glass, the extraordinary glass frog is transparent and translucent. While they have a general background colouration of lime-green, the skin on these tiny frogs’ underside, only the size of a pound coin, is see-through meaning you can see its heart beating away with other internal organs.

Equally amazing are their spotted backs, which scientists speculate are meant to resemble eggs – so predators going after their offspring get confused. The best chance of spotting this tree-dwelling frog in all its transparent glory is in Costa Rica’s Tortuguero National Park.

Exodus Travels (exodus.co.uk) has a 15-night Discover Costa Rica holiday from £3,149pp. The package includes return flights from London, B&B accommodation, all meals and activities as listed in the itinerary, all transport and a tour leader throughout.

The savannahs of the Rupununi region in southern Guyana are home to one of its most iconic species, the bizarre-looking giant anteater. The giant anteater is the largest species of anteater in the world and can reach up to 2.2 metres in length from the tip of its snout to the end of its tail – that’s taller than a grown man.

It uses its keen sense of smell (40 times more powerful than humans) to locate ants and termite mounds in Guyana’s grasslands, however it has very poor sight and hearing meaning that visitors can get up close and personal with these majestic creatures. The giant anteater flicks its two-foot-long tongue around 160 times per minute consuming up to 30,000 insects a day.

Waikin Ranch in the heart of the Rupununi’s savannahs and with sweeping views of the open plains offers the perfect base for expeditions to find one of Guyana’s most fabled creatures. www.waikinranch.com / www.guyanatourism.com

Wildlife Worldwide’s (wildlifeworldwide.com) 15-day ‘Guyana: A Pristine Wilderness’ tour is priced from £5,845 per person including international flights, internal transport, accommodation and most meals.

One of the most admired species by bird watchers in Mexico’s Riviera Nayarit is the Blue-Footed Booby. Males take great pride in their startling turquoise-blue feet, which during mating rituals are shown off with their distinctive stumbling walk. The bluer the feet, the more attractive the mate.

While their name may get a few smirks from the back of the room, it is thought to be derived from the Spanish word “bobo” meaning “stupid”. This is likely how early European colonists characterised these clumsy birds when they saw them on land—their least graceful environment.

There was a myth that these birds were only found in the Galapagos Islands, however, they have also found sanctuary in the UNESCO-recognised Marietas Islands National Park – sometimes referred to as “Mexico’s Galapagos” – at a ‘Hidden Beach’ formed by volcanic activity. This beach is hidden underground and is only accessible to humans by swimming through a tunnel. Travellers staying in Punta Mita can book a 45-minute boat tour out to Marietas Islands National Park. www.rivieranayarit.com

Expedia (expedia.co.uk) offers a seven-night stay at the newly opened Conrad Punta de Mita from £1,569 pp – based on two people sharing. The offer includes return flights from London Heathrow, and free cancellation. Based on 10 September departures. Package is ATOL protected.

The hedgehogs have unusual blonde spines and a pink nose and it is estimated that 60% of the island‘s 400-600 hedgehogs are blonde. They are a common sight in Alderney and are often spotted in gardens, verges and even wandering through town.

Alderney is the third largest and most northerly of the Channel Islands, located eight miles off the Normandy coast and a 15-minute flight from Guernsey. www.visitguernsey.com/see-and-do/island-hopping/alderney/ /  www.visitalderney.com

Naturetrek offers a five-day / four-night escorted tour to Alderney, hosted by a local wildlife expert as well as Naturetrek’s all-round naturalist John Horton. ‘Alderney – Wildlife and History in Style’ is priced from £1,095 per person, which includes bed and breakfast accommodation and direct return flights from Southampton to Alderney, departing 20th June 2022.

The maleo is a particularly elusive bird endemic to the northern Indonesian peninsula of Sulawesi and neighbouring Buton. With duotone feathers and an unusual casque on its head, the Maleo is similar in size to a chicken but produces eggs six times heavier which has sadly made it a victim of poaching given they are so nutritious and prone to harvesting. The maleo is an endangered species threatened with extinction however thanks to conservation efforts have made a promising recovery.

ToursByLocals offers the chance to search for these elusive creatures in the Dumonga Bone National Park with expert guide Mario who has extensive knowledge of Sulawesi.

The brown bears of the Pyrenees have a somewhat tragic story. The Cantabrian brown bear also known as the Iberian bear once roamed much of northern and central Spain however due to habitat loss and hunting, now only exist in small populations in Asturias and Cantabria. A population of these bears roamed the mountains of Andorra, a small country nestled between Spain and France known as the ‘Country of the Pyrenees’, however in 2004 the last remaining survivor of the native Pyrenean brown bears was shot by a hunter.

Shocked by the tragic loss of one of its most mythical animals which has been the object of legends and traditions for centuries, Andorra put an overwhelming emphasis into conservation efforts to reintroduce brown bears from Slovenia to the mountains. Naturlandia is an animal park dedicated to creating a natural habitat for the native species of Andorra in an environment safe for visitors to observe them and to educate them. Visitors to Andorra can also venture into the mountains for a glimpse at one of the wilder residents.

Naturlandia offer entrance tickets from €20 and €17 for children (6-13 years) and seniors.  Andorra Travel Service (https://andorratravelservice.com) offer two nights at Hotel Anyos Park in a Mountain Suite Room including breakfast and a three-day guided Trek including dinner, bed and breakfast at two Refugis. The price for two adults and two children sharing is from £1075. www.visitandorra.com/en

With its signature tan brown fur, bushy tail and large ear tufts, the red squirrel is one of the UK’s rarest mammals. Once widespread, red squirrels are now few and far between, having been outcompeted by grey squirrels.

For a chance to see these colourful forest favourites, wildlife enthusiasts should head to the Scottish Highlands, as this is where over 75% of the UK’s red squirrel population call home. They can be spotted in any woodland in the Highlands, but most likely in the conifer forests, as this is where they have ample access to their favourite snack, Scots pine seeds.

Headwater (headwater.com) has a four-day Loch Ness & The Highlands Cycling self-guided tour starting from £915 per person. This tour takes in the scenic views of the Highlands of Scotland, as well as superb bird-spotting opportunities. As well as red squirrels, cyclists may also be able to spot red deer, pine martens and even dolphin sightings. The offer includes B&B accommodation, high quality bikes, GPS directions and luggage transfers between hotels.

The Rhinoceros Iguana is endemic to the Dominican Republic and get their name because of the horn-like structures that are found on the head of males. These lizards have elaborate courtship behaviours of head bobbing and erecting the spines along the back.

The best place to see rhino iguanas is at the stunning saltwater lake of Laguna de Oviedo, located in the untouched Jaragua National Park in the south west of the country. The lake sits higher than sea level, is bright green and packed with salts and minerals. Overnight visitors can stay in the eco-lodge Rancho Tipco which offers private glamping overlooking the beach.