An iconic part of the British seaside, dating back to the early 19th century, piers have been a seaside success story since the Victorian era - a unique heritage and tourism asset in our coastal towns. 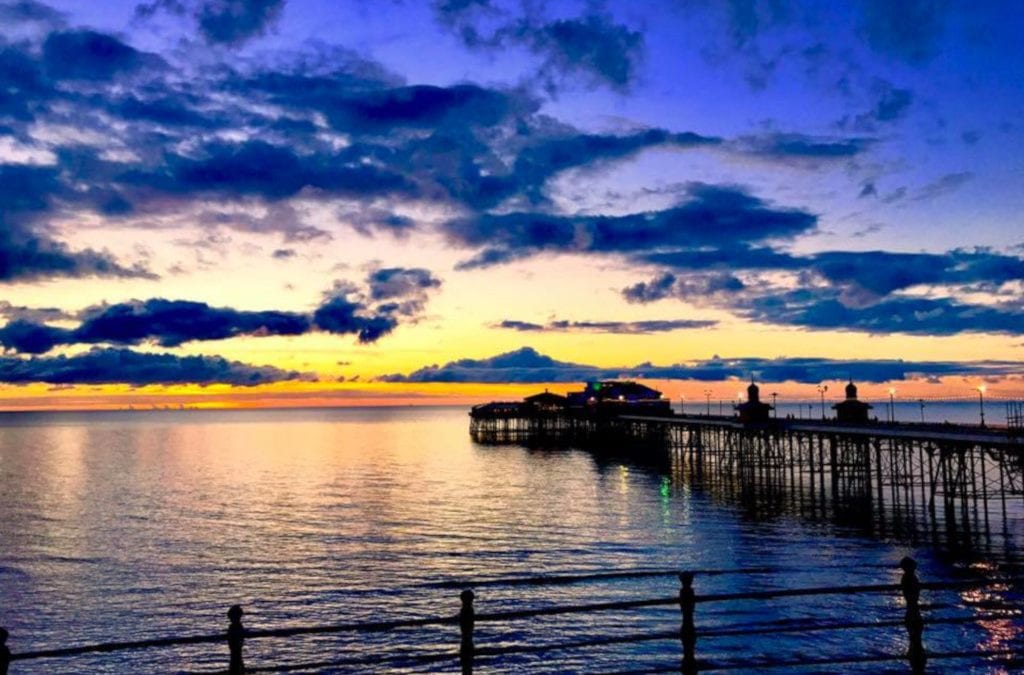 An iconic part of the British seaside, dating back to the early 19th century, piers have been a seaside success story since the Victorian era – a unique heritage and tourism asset in our coastal towns.

With more than 50 from which to choose, England’s Coast, a new coastal booking and inspiration tool, invites us all to celebrate and explore these iconic structures when we can once more travel and escape to the coast.

Recent research from the National Piers Society has shown that 93% of people think that piers are an important part of seaside heritage; 94% felt that piers added to the atmosphere of seaside resorts. However, along with all other attractions, the recent lockdowns have resulted in the closure of all 56 pleasure piers on England’s coast and cut-backs in routine maintenance, which is likely to have a huge long-term impact on their future sustainability.

England’s Coast works with pier expert and enthusiast Dr Anya Chapman, Honorary Secretary of the National Piers Society and Senior Lecturer in Tourism Management at Bournemouth University, who says: “Seaside piers are an important part of coastal communities. They are iconic structures that are the focal points for visitors and residents alike. People living, working and visiting coastal destinations value their piers as visitor attractions, community leisure facilities, and iconic heritage assets.

“As most seaside piers are around 150 years old you would expect the rate of loss and decline to increase, but in fact the reverse is true. As piers are increasingly recognised as important heritage structures, more piers have been saved than have been lost in the last 10 years. In recent years, when piers have been under threat, local communities such as those at Hastings, Swanage and Clevedon have come together to rescue, repair, and refurbish their piers.

“They are part of the identity of British seaside resorts and are loved and cherished by coastal communities. It is important that campaigns such as England’s Coast promote piers and the resorts in which they are located to enable visitors to enjoy our unique seaside piers once more.”

As bookings have reportedly surged for domestic holidays, this year could give piers an unexpected boost.

“Visitors choosing a break to the coast this year shouldn’t miss the chance to tread these boards of seaside history; each one offers a unique snapshot of the local community, as the ‘then’ and ‘now’ images below demonstrate. These are not just icons – they are national and international treasures.”

Here are some of the most interesting and iconic piers across the English Coast, as selected by Dr Anya Chapman and England’s Coast. 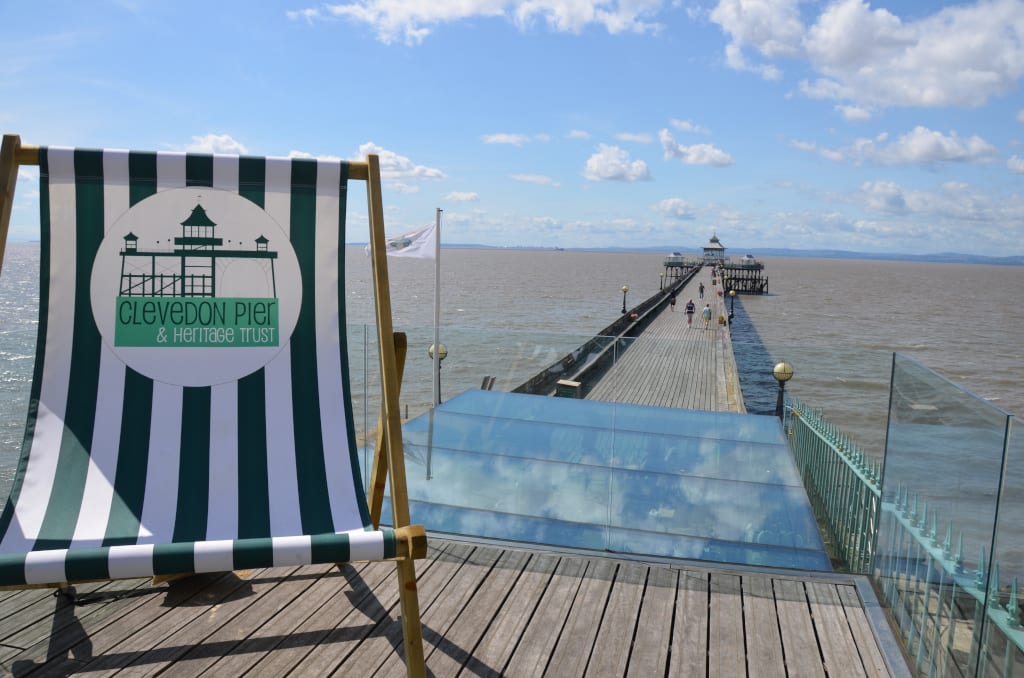 Built in 1869, Clevedon Pier is the only Grade 1 listed pier still standing in the UK; it was described by poet John Betjeman as “the most beautiful pier in England”. Located on the eastern shore of the Severn Estuary in the charming seaside town of Clevedon, Somerset, it was originally constructed to attract tourists and to provide a ferry port for rail passengers to South Wales.  It also served as an embarkation port for paddle steamer excursions for almost 100 years, as seen in the photograph on the left, above. It faced demolition in 1970, when two of its spans collapsed during stress testing, but local fundraising and heritage grants allowed it to be restored and reassembled, reopening in 1989. Now safely standing once again, it offers a popular attraction for tourists – anglers enjoy using it, and paddle steamers still call at the pier head. There’s an excellent visitor centre and museum featuring the pier’s heritage, award-winning food and drink from the Pagoda Café and a new fish restaurant, plus a unique porthole room from where you can view underneath the pier – the only pier in the UK where this is possible.

Stay nearby in Exmoor, a great base for exploring this stretch of dramatic coastline. Retire to the Yarn Market Hotel, a family-run property which oozes character and boasts the excellent Gables restaurant, using local produce from bountiful Exmoor, right on its doorstep. 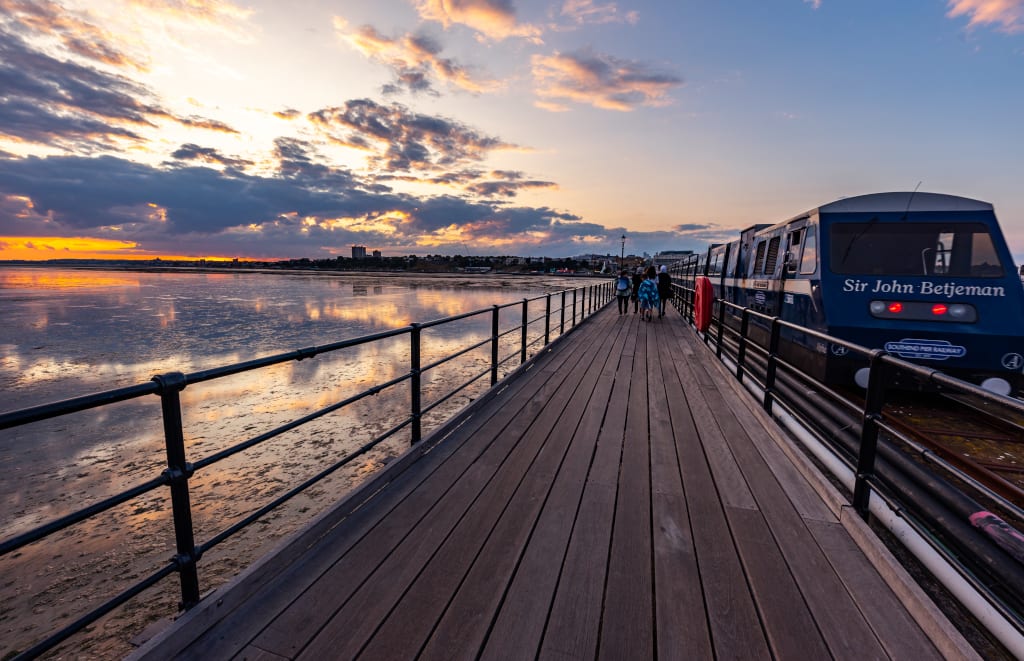 The longest pleasure pier in the world, Southend Pier extends 1.33 miles into the Thames Estuary, and was built in 1889. It is home to the first pier railway in the country, and plans are currently in place to launch new pier trains that are environmentally friendly in summer 2021; they will be powered by lithium battery, with state-of-the-art audio visual equipment and heritage green and cream livery. Southend Pier also boasts a stunning Pier Pavilion and Cultural Centre, made from recycled timber, which is host to theatre productions and art exhibitions as well as a very good range of eateries. The popular Channel 4 series, ‘Jamie and Jimmy’s Friday Night Feast’, is filmed at a café on the Southend Pier.

Stay at the Pier View Self-Catering Luxury Apartments in Southend-on-Sea, a collection of boutique apartments within a historical Georgian building with spectacular views of the pier and estuary. Stay from £140 per night (a family of four sharing). A Grade II listed pier in Cromer, on the north coast of Norfolk, Cromer Pier was originally built as a jetty in 1822 and has undergone various redesigns over the years. As a jetty in the 19th century, it became popular for promenading, and a keeper was employed to keep order – rules included ladies having to ‘retire’ by 9pm. It has won the Pier of the Year award twice (voted by National Pier Society members), boasts the excellent Tides Restaurant and is home to a Pier Theatre, which hosts the only remaining summer ‘end of the pier’ variety show. It’s also a great spot for crabbing and hosts the annual Cromer and Sheringham Crab and Lobster Festival on August Bank Holiday Weekend.

Stay at The Grove, Cromer, a family-run 4-star AA B&B just a five-minute walk to the beach, with a two-Rosette seafood restaurant, indoor pool and four acres of gardens with a private entrance into the woods that lead to Cromer’s breath-taking cliffs and beaches. There’s accommodation across the main property, plus self-catering cottages and glamping in yurts. From £100 per night (two sharing) in a double room, B&B. 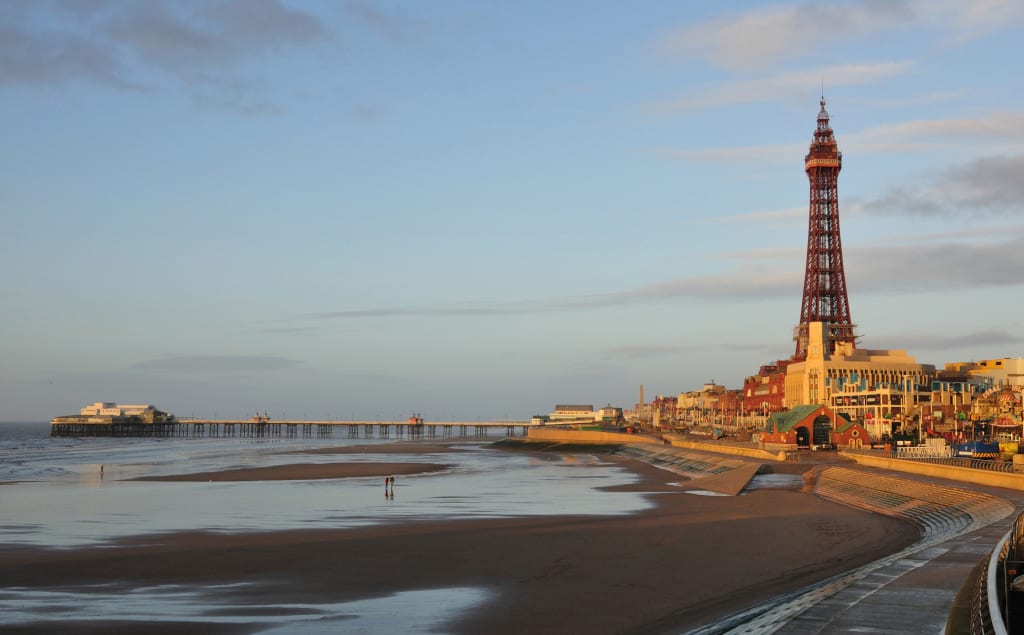 Blackpool is the only town in the UK to boast three piers. The oldest, Blackpool North, was built in 1863 by Eugenius Birch, the most prolific and celebrated pier engineer. With a wide strolling deck, theatre and pier-end carousel, it has retained much of its original Victorian architecture, but now also has a new “Insta envy” gin bar, Bloom, offering superb views of the coast, tower, and Blackpool’s other two piers. Central Pier, built in 1868, was designed after the success of the first, but with a new emphasis on fun rather than genteel relaxation – provided in the early days by dance halls, roller skating, fairground rides and amusement machines, which were then adapted to become a theatre, bars and amusement arcades in the 1970s. The South Pier, formerly called the Victoria Pier, opened in 1893, and is today a family-friendly venue with live entertainment, a beer garden and amusement arcade. 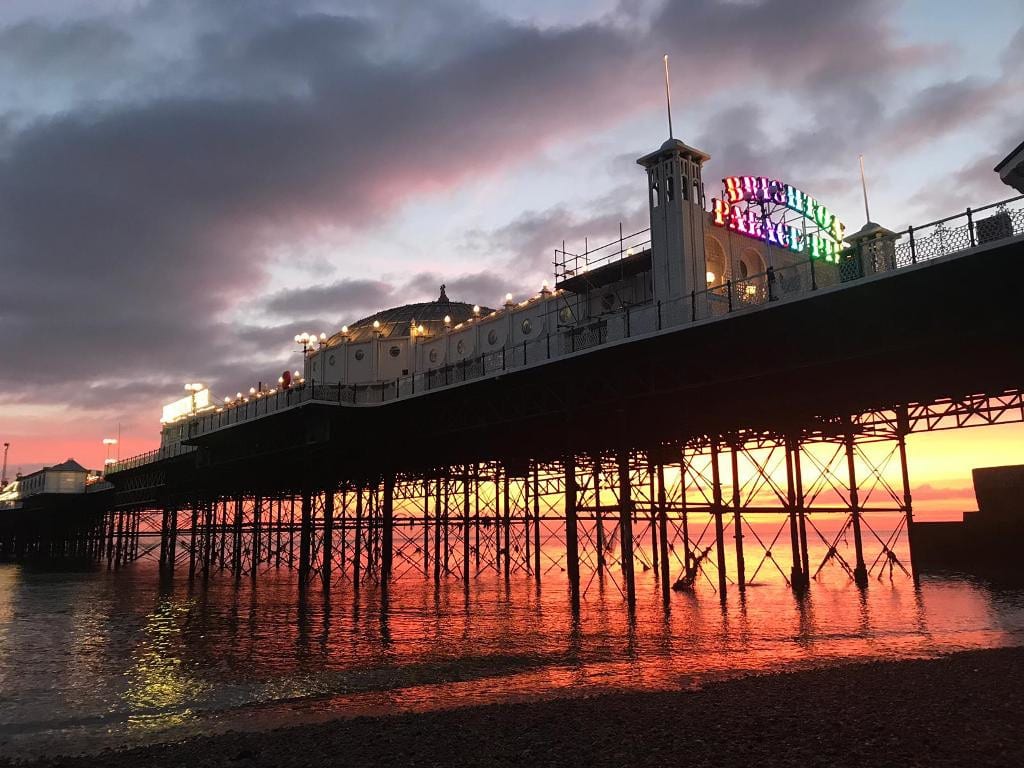 The most-visited pier in Britain (circa 5 million visitors per year), Brighton Palace Pier is often called ‘the Queen of Piers’. It opened in 1899 and cost the princely sum of £27,000 to build, with 3,000 lights illuminating the pier on its opening night. These days, it’s jam-packed with attractions for the whole family, including a loop-the-loop turbo coaster and an outdoor ‘sunset cinema’, perfect while enjoying a sundowner during the summer months. The pier has been featured in many iconic British cultural works, including the films Quadrophenia, Brighton Rock and Sweeney Todd, and The Who’s concept album.

Book with England’s Coast: Stay at The Old Ship Hotel, Brighton’s oldest and most characterful hotel. This four-star property is right on the seafront and offers elegantly decorated sea-view rooms and excellent modern British dining, from £75 per night (two sharing, room only).

England’s Coast advises visitors to adhere to the national lockdown and to plan their travels for post-lockdown, when it is safe to do so. Details can be found on the Gov UK website: https://www.gov.uk/guidance/national-lockdown-stay-at-home.