As a cycling destination, Lithuania appeals to both novice and experienced cyclists can enjoy the scenic biking routes without getting tired. 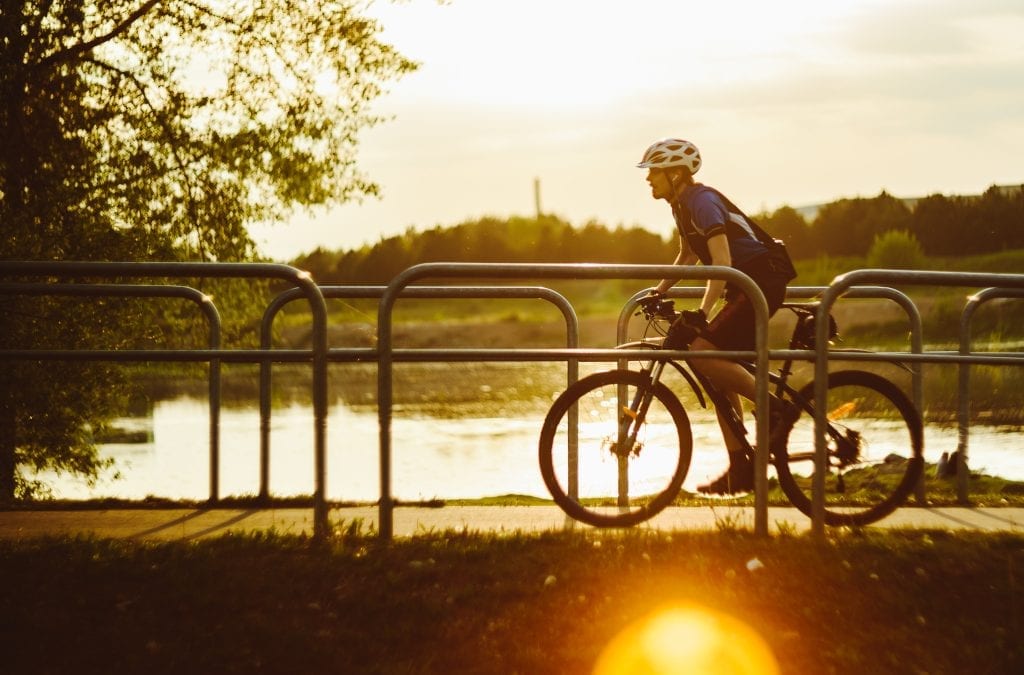 Cycling is a popular sport and leisure time activity in many Northern European countries, such as Switzerland, Denmark, the Netherlands and Germany — the leading cycling countries on the continent.

Cycling continues to be one of the most dynamically growing industries in the rest of Europe as well. A recent report found that Europeans are expected to buy additional 10 million bikes per year by 2030 — a staggering 47% more than the annual number in 2019.

As a cycling destination, Lithuania appeals to both novice and experienced cyclists who can enjoy the scenic biking routes without getting tired. Another reason for its allure is the exquisite nature, vast spaces, easy-to-bike roads and outdoor activities such as kiting, kayaking, hiking, camping and much more.

Here are seven bike trails for the most relaxing and charming ride during the summer holidays.

A cycling route of 52 km might sound like a serious challenge, but the trail stretching from the port town of Klaipėda to the westernmost point of Lithuania, Nida, suits seasoned and beginner cyclists alike. The route takes the bikers throughout the Curonian Spit and into the Curonian Spit National Park recognised by UNESCO as one of the most spectacular natural and cultural heritage sites in the Baltic Region.

This bike path is accompanied by the constant lull of the Baltic Sea, a generous stretch of sandy beaches, authentic fishermen farmsteads and unusual tourist attractions, such as the Hill of Witches with mysterious wooden sculptures of witches, devils and other supernatural characters. The grey heron and the great cormorant colonies along the path provide a unique opportunity to slow down and enjoy birdwatching.

The 40-km Klaipėda-Šventoji bike trail leads you to the so-called Lithuanian summer capital Palanga, full of attractions worthy of a detour. The Amber Museum, housed in a former palace of local counts Tiškevičiai, has an exceptional collection of amber. The Curonian Cemetery in Karklė, glacial Lake Plazė and the Nemirseta Coastal Dunes are all located along the bike trail, which ends at the seaside town Šventoji, known for its swaying Monkey Bridge and quiet spots for a relaxing summer visit.

Sometimes called the Lithuanian Venice, Rusnė Island is the only Lithuanian island-town with bike trails (40 km). The town has a lot to offer for cyclists from overflowing meadows and canals, to spots to boat and fish. The island has the 19th century Evangelical Lutheran Church, one of the oldest churches in Lithuania, and Uostadvaris Lighthouse, offering a panorama of the Curonian lagoon.

This 24-km bike route of 24 km passes around some of the most scenic Lithuanian lakes across Žemaitija National Park. The route offers a variety of ladscpaes including Plateliai Manor, Siberija Technological Reserve, one of the most valuable marshes in the National Park, and cultural village Beržoras. You can also stop off at the Cold War Museum situated in an underground missile silo.

Cycling in the Capital Vilnius

As the capital, Vilnius has plenty of tourist attractions. It can be explored by bike just as easily as on foot. Vilnius is known for its charming old town with cobbled streets, tiny alleys and ancient architecture. Riding the bike trail from Cathedral Square to Europa Park — open-air museum with sculptures — is a great way to get to know the city. Those without their own bike can join the Cyclocity bike sharing sheme leaving your bike at one of 20 docks situated all over the city at the end of your ride.

Lithuania is only about cycling. Read about the New Baltic Cuisine in Lithuania.

Along the Lakes and Islands of Trakai

Having explored the attractions of the capital, bikers can take a spin in the historical capital Trakai near Vilnius. Although the shortest bike trail of all (18 km), this route will definitely leave you wanting for more. The district of Trakai has almost 200 lakes, with Lake Galvė probably the most beautiful and largest, as well as one of the deepest in Lithuania. Also visit Trakai Island Castle — the former residence of the Lithuanian Grand Duke and a massive tourist attraction.

The cycling routes in Kaunas were built to admire the interwar architecture of Lithuania’s second largest city. Visitors can take the 35-km cycling route to discover the Nemunas and Neris rivers, the baroque Pažaislis Monastery and colourful street art decorations. Kaunas also has plenty of Art Deco architecture to admire.

Although the above routes are designed for a relaxed cycle around Lithuania, there are several long-distance bike routes for more seasoned bikers, ranging from 185 to 342 km. Information on all cycling routes along with useful tips is available in the “Lithuania on Two Wheels” publication here.