Back to the Future on a London Staycation

Mark Bibby Jackson spends a nostalgic day and night in the UK capital, visiting the home of cricket, watching a play at the Royal Court and catching up with some old friends on his London staycation. 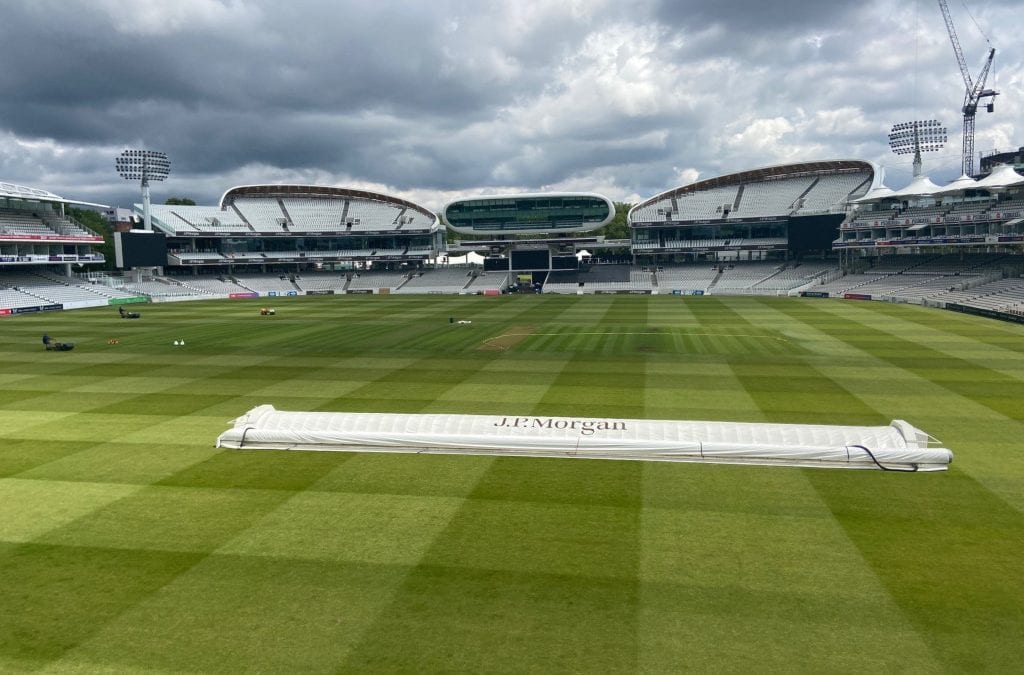 Back to the Future on a London Staycation

Mark Bibby Jackson spends a nostalgic day and night in the UK capital, visiting the home of cricket, watching a play at the Royal Court and catching up with some old friends on his London staycation.

London was my home for more than three decades, so every time I return to it from my Essex exile I feel a touch of nostalgia.

A keen cricket enthusiast – I went to the same school as England captain Nasser Hussain and had my non-spinning off breaks dispatched to all corners by his older brother Mel one sunny afternoon – one of my strongest childhood memories was my first trip to Lords in 1979 for the Benson and Hedges Cup final. On that day Graham Gooch took a fonder liking to the Surrey bowlers than Hussain Snr. did to my lollipops, and Essex claimed their first title.

Although I have visited the home of cricket on numerous occasions I had never been on an official tour of Lord’s cricket ground, until earlier this month.

A Tour of Lords

Unfortunately for my Lord’s tour the MCC Museum where the Ashes are held was still closed due to Covid regulations, so our tour started with a viewing of both the original World Cup Trophy and also the most recent one, won by England in the most thrilling final against New Zealand off the final ball of a super over.

If the above paragraph might have been written by a creature from Mars for as much as you understood it, then perhaps a Lord’s cricket ground tour is not for you, however you might be interested by the extensive art collection.

This is contained in the Pavilion, which dates back to 1889, and is the main part of the tour. On our left as we entered the Grade II*-listed building is a fabulous portrait of Sir Vivian Richards, one of the finest players ever to grace the game. Inside the Writing Room is an interesting landscape of a fictional game of cricket played at Lords with Edward VII sitting alongside his non-fictional mistress Lily Langtry. Opposite is the Long Room, the most famous room in any cricket ground littered with cricketing artwork and affording a privileged views of Lord’s famous sloped ground.

England have played cricket here since 1884, although Lord’s was the home of English lawn tennis in 1877 before it moved to Wimbledon. The 100-minute tour involves many an interesting insight into the way the great game has evolved and is conducted at a gentle pace appropriate to the venue.

Photographs of all the captains of England adorn the stairs that lead up to the small changing rooms where the names of all those who have scored a century or taken five wickets in an innings in either a Test or one-day international are listed.

After the tour I had booked to see seven methods of killing kylie jenner in the Jerwood Theatre Downstairs at the Royal Court.

In the 90s, the theatre had almost become a second home to me, obsessed as I was by the ground-breaking work of Caryl Churchill. So, it seemed appropriate that the first play I saw in my second coming to the theatre post-covid was at the Royal Court.

Needless to say stringent covid measures were applied, and I felt totally relaxed as I stretched out across my allotted seats far enough away from the occasional distant cough to feel secure beneath my mask.

The award-winning play by Jasmine Lee-Jones and directed by Milli Bhatia is a two-women piece featuring Tia Bannon and Leanne Henlon. It studies our attitude towards sexuality and race in a contemporary manner, largely through the obsession with social media. The play intersperses segments where the two characters explore their relationship before us in the tradition of modern theatre as might be found in a play by Becket or Stoppard, with dramatic interludes where the characters enter the world of social media.

It explores issues that are very much to the fore since the Black Lives Matter movement took centre stage during the Covid pandemic, as well as examining our perception of identity. Brilliantly performed by both Bannon and Henlon, the play concludes in the mode of a restoration comedy, both challenging and slightly discomforting at the same time.

Getting my Zzzzs in Central London

After the play I met up with some friends for the first time since the pandemic struck. Although it was not my first visit to a pub since the relaxation of lockdown it still felt strange – and pleasant – to stay in my seat and order drinks from one of the passing bar staff. I have never appreciated queuing at bars.

Naturally enough any plan of catching a meal somewhere swiftly disappeared as the beer and chat started to flow in equal quantity, so I had to suffice on a diet of crisps and peanuts before I swayed my way back to my central London hotel along Regent Street. Some things never change.

The 141-bed Z Trafalgar opened in late 2019, just around the corner from Charing Cross Station and Trafalgar Square. It is also a literal stone’s throw from The Harp, arguably the best pub in London. Modern, clean and compact, the hotel provides excellent affordable accommodation.

The ground floor contained a café area which seemed popular when I emerged from my peaceful slumber the following morning, as well as a courtyard with trees, shrubs, flower plans and a green-wall, which I confess I never discovered. It is an excellent choice as a base for a staycation in London visiting the capital’s central sites including Covent Garden, the National Gallery and Somerset House, all of which are easily walkable, or for catching up for a few jars with mates in a nearby pub that is easily staggerable.

Details of all performances at the Royal Court can be found here. seven methods of killing kylie jenner runs until 27 July.

Rooms at Z Trafalgar are from £60. To book visit www.thezhotels.com/hotels/.

Khiri Travel: Taking a Slow Route to the Future of Tourism