Mark Bibby Jackson chats with Sibylle Riedmiller, Director at Chumbe Island, Tanzania about the great success of the award-winning project. 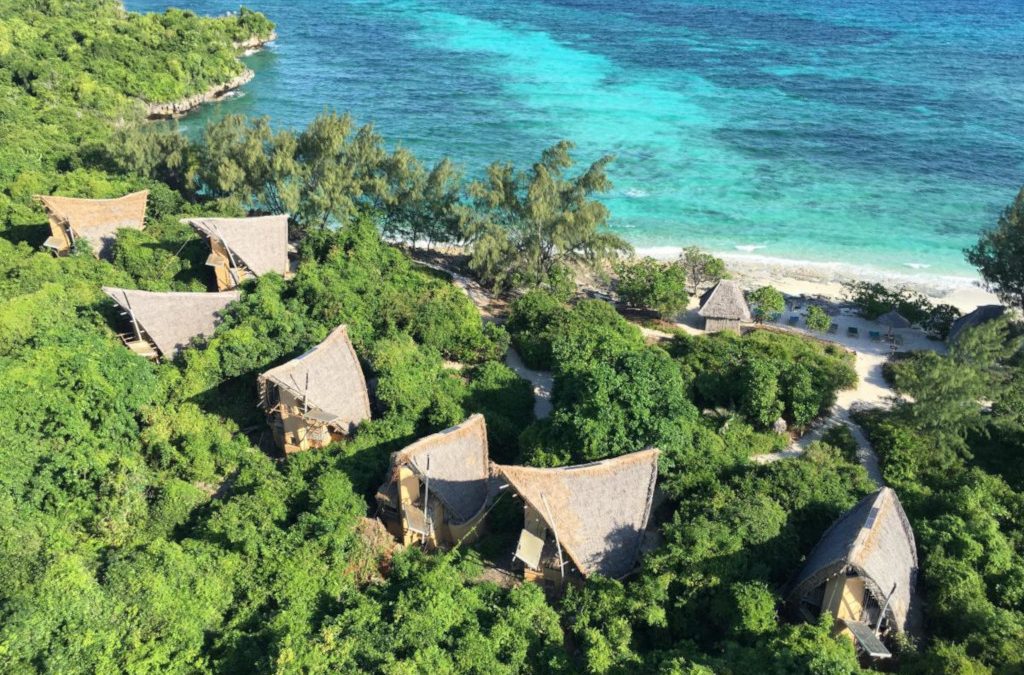 Mark Bibby Jackson chats with Sibylle Riedmiller, Director at Chumbe Island, Tanzania about the great success of the award-winning project over the past 30 years, as well as its uncertain future.

One of the loudest clamours in the current Covid pandemic has been the demand for us to build back better. This applies as much to the travel and tourism sector as it does to all other sectors, especially if we are serious about our Paris commitments and the race to zero. But what does ‘better’ mean? To answer that question you might look at the example of Chumbe Island off the coast of Zanzibar in Tanzania.

In 1995 Chumbe became the first privately created and managed Marine Protected Area (MPA) in the world. Up to the onset of Covid the MPA was fully self-financed through the small eco-lodge established on the island, another first in the world. The eco-tourism activities on the island not only support the conservation efforts, but also comprehensive education programmes.

Sibylle Riedmiller, Director at Chumbe Island, says that “education is the backbone of the project.” Since 1996, some 11,000 Zanzibar children, teachers and community members have benefited from the Environmental Education (EE) Schools Programme, in which they learn about marine and forest ecology amongst other things.

The result is a pristine oasis. So much so that it scooped the Winner, Best of Africa in the ITB Berlin Top 10 Sustainable Destinations Award in 2019 and the Blue Parks Award, the “Oscar” for marine conservation.

The semi-arid coral rag Forest Reserve covers around 90% of the land, or some 22 hectares. This area has been protected by Chumbe Island Coral Park Ltd (CHIOP) since 1994.

Within it you can find at least 124 different plant species, as well as birds, animals, crustaceans, non-poisonous snakes and lizards. These include the critically endangered mini-antelope Ader’s Duiker, and a large population of Coconut crabs, the largest land crabs in the world. The area is protected by a team of rangers paid for by CHIOP, although guests to the eco-lodge can go on nature walks there.

However, it is off the shores that Chumbe’s real treasure awaits. The Coral Reef Sanctuary is a 55-hectare No-Take-Area where fishing is prohibited. The reef was described as “one of the most spectacular ‘coral gardens’ to be found anywhere in the world”, by Professor J Veron from the Australian Institute of Marine Science. It contains 90% of East Africa’s hard coral species, as well as more than 500 reef fish species, and is a feeding ground for several endangered species, among them both green and hawksbill turtles, and blacktip reef sharks.

Guests at the eco-lodge just need to swim 50 metres or so from the beach in order to discover this amazing underwater world.

Chumbe Island is the perfect example of how tourism, conservation and education can work hand-in-hand.

Not only does the seven-bungalow eco-resort fund the conservation and education activities, but it has also been designed to have a zero impact upon the environment on the island and the adjacent coral reef.

This includes rainwater catchment to provide water for the eco-resort, solar energy, vegetative greywater filtration for the waste water, and compositing toilets. This ensures that the waste produced by visitors does not harm either the island or the adjoining reef.

The Problem with Offsets

If all this sounds too good to be true, unfortunately it may well prove to be so in the future. Like elsewhere in the world, tourism to Chumbe Island has ground to a halt since Covid.

Riedmiller is not sure that long-haul travel will ever return to the levels it was pre-Covid as people are becoming more aware of the environmental consequences of their travel. This is crucial for the survival of Chumbe Island as most of their visitors come from the US and Europe.

“Long haul flights can be part of the problem,” she says. “Yet, the fate of conservation in the global South very much depends on tourism.”

For many people offsetting their travel is the solution. However, small island projects such as Chumbe will never benefit from offsets due to their size.

“Ours is a small place,” Riedmiller says. “Too small for certification for carbon offsets. The biggest hurdles to get this monetised in the carbon markets are not only the high costs of validation and certification, but also the lack of data for carbon sequestration of some marine ecosystems and the ‘additionality principle’ that questions whether or not the emissions reductions would have happened without the offset payments.”

The Incalculable Benefits of Biodiversity

In addition, most of the environmental benefits of Chumbe Island are, at least for the moment, unmeasurable.

“Biodiversity value is so difficult to calculate,” she says. “It’s very complex even small areas are sometimes hotspots of biodiversity for their endemism and role in interlinkages, marine ecosystems also provide many more ecosystem services to society than just carbon sequestration, and the costs of protection should also enter the equation.”

Riedmiller suggests that in the future travellers should be more careful in their choice of which place to visit.

“Travelling to us already offsets their travel,” she says. “We should be the beneficiaries of the carbon offsets of their flights as we do the conservation and environmental education for schools and all visitors to the island. And for this Chumbe is such an unforgettable experience.”

Riedmiller is optimistic about the future of Chumbe Island. Over the last year she was able to pay staff wages, in particular those of vital members such as Head Ranger Omar Ame Nyange, who has worked there since 1992, and his team of rangers that protect the island, through crowd funding and a small grant from German aid.

She has also started a fundraising scheme via GoFundMe so that people can donate to help fund their conservation efforts until the return of tourism. For almost 30 years, Riedmiller and her team have helped preserve this small paradise off the coast of Africa. Chumbe Island is a prime example of how tourism can work for the benefit not just of local communities, but to preserve vital natural resources.

While tourism may take a while to fully recover, the Chumbe team hopes that the recently declared UN Ocean decade and the rapidly growing awareness of just how important marine conservation and, in particular, coral reefs are for biodiversity, for fisheries and for local livelihoods, and ultimately, the survival of all of us on this planet, will help Chumbe to secure the recognition needed for continuation of their three decades of work.

If you wish to support Chumbe Island then you can do so via their GoFundMe fundraising scheme.

Article originally published by SUNx Malta as part of eXist, the Climate-Friendly Travel Bulletin. Permission to republish given by Professor Geoffrey Lipman.

All photos provided by Chumbe Island.