Mark Bibby Jackson decides to throw all preparation in the bin and go on a Cardiff walk without a guide from Cardiff Castle to Cardiff Bay. 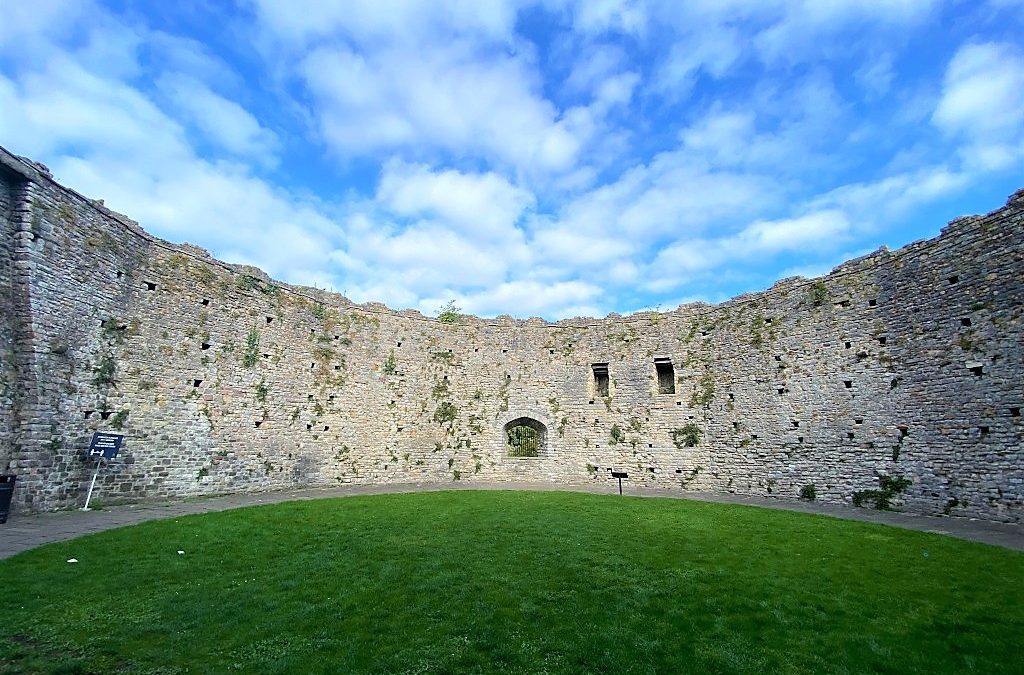 Mark Bibby Jackson concludes his journey from Stoke through Malvern to Cardiff naturally enough in the Welsh capital, where he decides to throw all preparation in the bin and go on a Cardiff walk without a guide.

One of my greatest pleasures is exploring a city for the first time on foot. There is something about weaving your way through unfamiliar streets guided solely by your nose and experience that I find enthralling. In our pre-ordained, pre-determined existence this is my somewhat self-contradictory guide to a Cardiff walkabout without a guide.

The previous evening I had dined at the Marco Pierre White restaurant conveniently located two floors above my room at the Hotel Indigo – the fish cakes were excellent.

As this is where breakfast is also served I retraced my steps in the morning to discover that my favourite breakfast dish – kippers – was on the menu, which were served boneless and slightly but not excessively salty. It was the perfect start to the day, especially when accompanied by a strong coffee prepared for me by the willing waiting staff member who hailed from Bari and knew her beans.

I walked onto the sixth floor terrace to enjoy the spectacular view from the previous night, and discovered that both the Principality Stadium and Cardiff Castle were still where I had left them. I knew where I was heading.

A False Start to My Cardiff Walk

This is the main advantage of staying at the Hotel Indigo – its central location. Many hotels claim such a quality but few actually deliver. Hotel Indigo is located in the Dominions Arcade on the central pedestrianised Queen Street, a leisurely two-minute stroll from Cardiff Castle.

It was to there that I set off shortly after breakfast, which was really my first mistake of the day, as the castle did not open until 10am leaving me half an hour to kill.

This allowed me to discover how quiet the streets of Cardiff are at 9:30 am on a Wednesday morning. Was this due to Covid? It was certainly noticeable how much more people were wearing masks in Wales than across the border in England, something I found reassuring.

After wandering around the pedestrianised centre, High Street Arcade and the pleasant St John’s Gardens opposite the market, I returned to the castle, this time to gain entry.

The original wooden castle keep was built for Robert Fitzhamon, Lord of Gloucester in 1081, but like all ancient wooden structures it burnt down, meaning that what now stood before me as I entered the castle grounds dates back to the 1130s. The site of the castle was initially used by the Romans as a fort in the first century AD. There is also a possibility that the wooden keep was actually built for William the Conqueror a decade earlier after a pilgrimage to St David’s in Pembrokeshire.

To its left as you enter is The House, which was built for the Earl of Warwick between 1423 and 1439, although it was highly modernised and rebuilt in the late 19th century. It was this that I entered first.

The lavish interiors were created for the Bute family between 1869 and 1881. The castle was decorated in the medieval style popular in the late 19th century, and is described as a “gothic revival fantasy.”

From here, I walked to the keep and climbed up its spiral staircase for wonderful views of the surrounding countryside. In the distance I could vaguely make out Llandaff Cathedral through the dense foliage.

The castle is still surrounded by walls around which you can walk. The other striking feature of Cardiff Castle is the Black Tower which dates back to the 13th century, and was built for Richard de Clare, Earl of Gloucester, although it and the barbican tower which form the South Gate were substantially remodelled in the 15th century. The ornate clock tower is 19th century designed by architect William Burgess.

Having immersed myself with Cardiff old, I wished to explore a much more modern version of the city. So following directions from passing locals and guided by the map on my phone I headed off for Cardiff Bay. Some 40 minutes later I achieved my objective.

Formerly known as Tiger Bay, from here explorers departed to discover unfound lands. Captain Scott sailed from the docks in his ill-fated attempt to be the first person to reach the South Pole in 1910.

Since the late 1980s the area has undergone a massive transformation with the creation of luxury flats, restaurant chains and an impressive array of arts facilities including an Everyman cinema, Glee Comedy Club and most importantly the Wales Millennium Centre, one of the leading arts complexes in Europe and home of the Welsh National Opera. The Welsh Parliament or Senedd also moved here in 2006.

Arriving just before lunch, the crowds had yet to arrive. So I enjoyed a coffee and Welsh cake as I watched the boats ply their way across the bay towards Penarth or just tour the harbour for pleasure tourists. It really was rather peaceful, although with more than four million visitors coming to Cardiff Bay each year peace is probably a short commodity here.

One of the most significant, and controversial, elements of the Cardiff Bay development was the creation of the Cardiff Bay Barrage which came into operation in 1999. This helped to transform the area from one of the most underprivileged in the country to the tourist attraction and centre of arts that you now see. Conversely, it also had a significant effect upon the environment, inundating the mudflats and losing the habitats for many wading birds.

However, the barrage also helped to create the Cardiff Bay Wetlands Reserve, a 500-acre lake for freshwater birds that opened in 2002. My walk around Cardiff Bay ended in this lovely oasis within a city that I shared with a mother and her young child who was feeding the ducks and signets. A wooden walkway leads across the wetlands, as if you are passing through mangroves.

A Cardiff Walk along the River Taff to Bute Park

To reach Cardiff Bay I had walked beside the railway line from central Cardiff station, but now as I looked at the river Taff as it flowed into the wetlands I realised there was another route back into town.

The Cardiff Bay Trail starts at the Wetlands and continues along the River Taff before it peters out. Crossing a bridge I re-joined the trail which had somehow transformed into National Cycle Network 8, or alternatively the Taff Trail. Whatever its moniker, the trail follows the River Taff into the heart of the city.

Once more crossing the river I entered Bute Park and Arboretum, next to the castle. The park was the site of an old Blackfriars Friary believed to have been here from 1256. It was dissolved like all others by Henry VIII. What stands now is a modern re-interpretation of the friary.

Bute Park seemed very popular with locals enjoying the wonderful late summer weather. On the opposite side of the River Taff is Sophia Gardens where Glamorgan and somewhat ironically England occasionally play cricket.

I crossed the wobbly pedestrian Millennium Bridge to discover a small pebbly beach in the river beneath the cricket stadium. Wading in I failed to discover any lost balls.

A cormorant was standing on a large rock in the middle of the river. I gazed at it before it flew off on its journey, reminding me that I had to travel back home. It was the most beautiful site and a perfectly serendipitous ending to my brief and deliberately unplanned sojourn in the Welsh capital.

I stayed at the Hotel Indigo Cardiff which is ideally situated right in the heart of the city, and has some nice touches, such as the wonderful array of desserts awaiting me in the room and my own rocking chair. Guests can dine at the Marco Pierre White Steakhouse, or enjoy the wonderful city views from its terrace bar.

Cardiff Things to Do