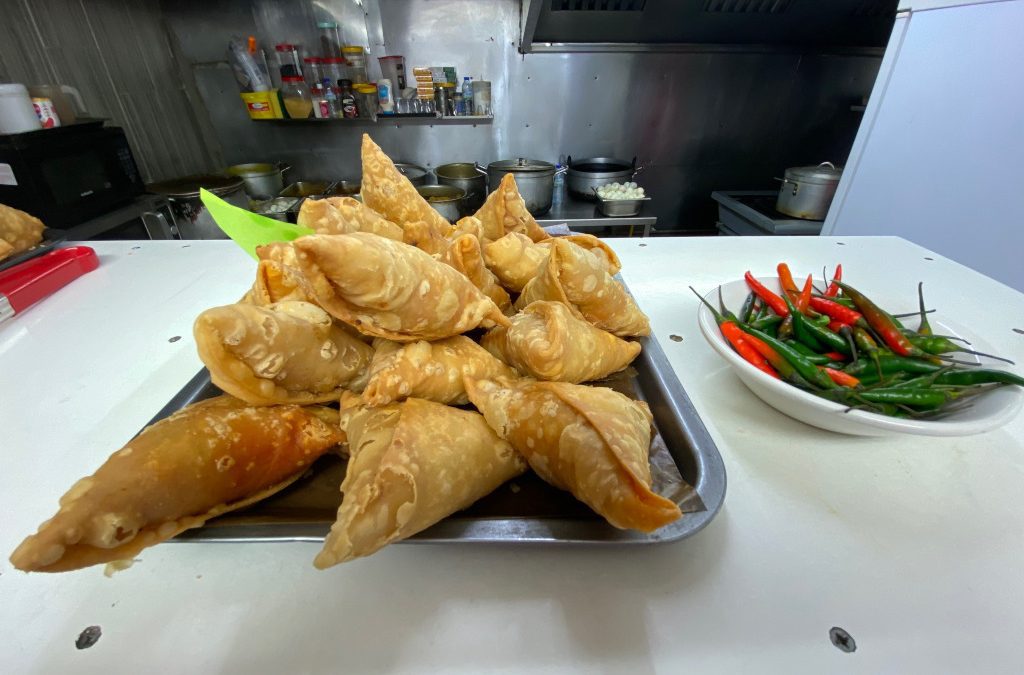 The East End of London has always been one of my favourite parts of the capital. Perhaps I am biased. Although I was born in North Wales, my mother was born in Leyton and her parents in Canning Town. Over the decades I have seen London’s East End develop from a working class area where few would dare to tread at night to a thriving artistic community with a strong urban vibe.

Throughout two things have remained constant – the strong sense of community and Whitechapel Market. So on a recent visit to the capital to see the Summer Exhibition at the Royal Academy and Is God Is at the Royal Court Theatre, I took the opportunity to book into the Ibis Style in Aldgate East and go wandering through the streets of London’s East End.

The Ibis Style is conveniently placed right next to Aldgate East Station and just across the road from Toynbee Hall. The latter was established in 1884 as a catalyst for social change by Samuel and Henrietta Barnett. It has always acted as a champion both of workers’ rights and of the community. Future Labour Prime Minister Clement Attlee worked here in 1910.

As I approach many people are enjoying the late summer sun to congregate in the adjoining Mallon Gardens which was opened as a community garden as part of the 2020 redevelopment of the area. Although Toynbee Hall is now closed to the public, you can still pop into the café which is open from 10:30am to 2.30pm, or join the throng in the gardens.

The Barnetts also opened Whitechapel Gallery in 1901. Designed by Charles Harrison Townsend, the building is a wonderful example of British Art Nouveau architecture. It is also one of the original publically-funded galleries for temporary art exhibitions in London. In many respects it has continued to stay ahead of the game.

I had visited the gallery earlier in the year for the opening of Angel of Anarchy, but this time I decided to check out the free exhibitions on display. My first priority was to see Phantoms of Surrealism, a small collection of the work of 11 female artists whose role in the major twentieth art movement has gone largely unnoticed. The exhibition includes artworks, photographic scrapbooks and correspondence from the London International Surrealist Exhibition of 1936.

At its centre, is the wonderful image of Sheila Legge appearing as the ‘Phantom of Surrealism’ dressed in a white gown with her face covered in roses in Trafalgar Square taken on 11 June 1936. It is quite brilliant. I also found myself drawn to the Sea Urchin / The Escaped Prisoner by Grace Pailthorpe, which is part of the artist’s work called Birth Trauma where she endeavours to discover latent memories of her life in the womb.

The gallery has strict Covid regulations with mandatory face masks and a temperature check before entrance, both of which I found reassuring. There is also a restriction on numbers, so you might have to book a free ticket in advance. I was fortunate enough just to stroll in.

Yoko Ono in Pieces and The Night Mail

Leaving my phantoms behind me, I passed through a room where people were trying to piece together pottery before entering the next exhibition This Is the Night Mail, a selection of artworks from Christen Sveaas’ private collection of more than 2,000 works chosen by Ida Ekblad.

This is the Night Mail is the first line from a WH Auden poem in 1936 describing a train crossing the UK as it sleeps, carrying the post. I was particularly struck by The Window into My Past by Ilya Kabakov, as well as The Boy from Warnemünde by Edvard Munch. Both of which had a haunting quality that followed me around the room.

Upon leaving the exhibition, I discovered that the people piecing together the pottery had left so I could examine Yoko Ono’s exhibition Mend Piece for London closer. It’s based on Japanese tradition of kintsugi where you repair broken pottery. Breakage is therefore seen as a part of an object’s history rather than something to be disguised. I was left thinking that this could be a very therapeutic way for us to repair our social fabric after the rupture caused by the twin calamities of Covid and Brexit.

Whitechapel High Street is at the centre of the Bangladeshi community in London. Opposite the Whitechapel Gallery is the East London Mosque, and along its pavement is Whitechapel Market, open six days a week (closed Sunday) from around 8am to 6pm.

For as long as I can recall there has been a market here. Only the goods on sale change with the times. If you are looking for a sari, cheap clothes, fresh vegetables or even a veil, this is the place to come. It also has the best vegetarian samosas in London – at least in my opinion.

Flagging a bit from all my walking, I popped into a shop selling samosas and other street food. It was only afterwards that I realised the place was called Diana’s traditional Fish & Chips, although in vain did I struggle to fine either Diana or her traditional English cuisine.

Instead Jubin, who has worked here for six years, served me the most wonderful samosas that had a slight chilli flavour, sufficient to remove the heaviness of the pastry and potato filling I often encounter.

I was the only non-Muslim there, but was welcomed by the community and invited to share a table as if a guest.

The experience is repeated later in the evening. For after freshening up in the Ibis Style and then having a couple of beers in the comfortable and up-market The Culpepper bar next to Toynbee Hall, I find myself watching Liverpool play AC Milan in the London Hospital Tavern next to The Royal London Hospital itself. Engrossed by the great game I fail to eat, so on my return to the hotel I resist the temptations of Jack the Chipper, fish and chip bar, and instead pop into a small Bangladeshi restaurant next to the mosque.

Here I had a fish dinner with dahl and rice for £6.50 that took me back to my favourite Bangladeshi restaurant in Bangkok, dished up to me by Shahadat who hails from Dhaka, and just like Jubin has worked here for six years. The taste of the food was almost as sweet as that of the success in the football match.

This Is the Night Mail is on display until January 2023. Phantoms of Surrealism until 12 December 2021, and Mend Piece for London until 2 January 2022. All photos Mark Bibby Jackson.