On his visit to Staffordshire, Mark Bibby Jackson takes a ride on the Churnet Valley Railway, pops in on a Spitfire and visits the original Royal Oak at Boscobel House. 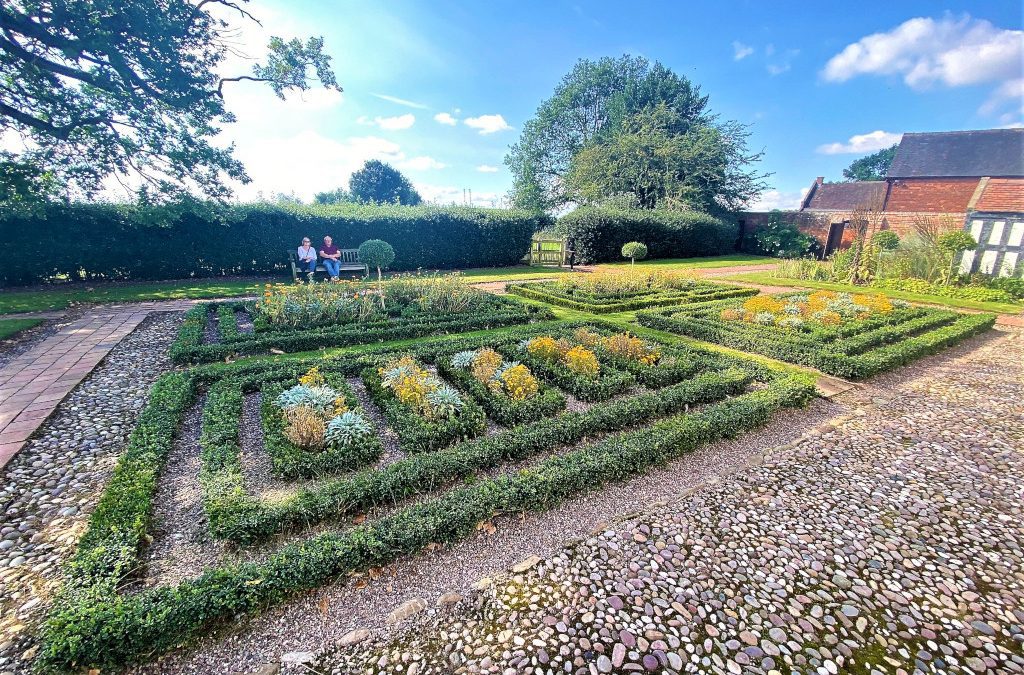 On his visit to Staffordshire, Mark Bibby Jackson takes a ride on the Churnet Valley Railway, pops in on a Spitfire and visits the original Royal Oak at Boscobel House.

There are more than 400 pubs called the Royal Oak in the UK, making it the third most popular pub name in the country after the Red Lion and the Crown. But do you know the origins of the name?

Origins of the Royal Oak

Following the execution of his father in 1649, Charles II was crowned by the Scots at Scone on 1 January 1651. He then marched into England only to be defeated at the Battle of Worcester on 3 September by the Parliamentarian forces. Charles fled, and took refuge in nearby Boscobel House for two days – 6 and 7 September – before sailing to France, where he lived in exile for nine years before returning to reclaim the crown.

The story goes that while he was at Boscobel House Charles hid in an oak tree in the surrounding woods, hence the name Royal Oak.

It is hard to imagine the Royal hiding in the tree which cuts a lone figure in the fields to the rear of the house, but back in the 17th century these were woods dense with oak trees, making his concealment more plausible.

Protected behind a fence the tree that now stands is the descendent of the original oak tree. Beside it is a further oak, which was planted by Prince Charles in 2001.

All this I learn as I am escorted around the Boscobel House and Gardens by the extremely helpful and informative James.

Boscobel House is managed by English Heritage and has been recently renovated, including replanting of oak trees in the grounds. It really is a mismatch of styles.

The oldest part of the building was a timber-framed farmhouse dating back to 1595 that was converted into a hunting lodge by John Giffard on the lands of White Ladies Priory in 1632. However, much of the building and decorations belong to a 19th century refurbishment undertaken by the Evans family, wealthy Derbyshire industrialists, who created a fanciful Victorian interpretation of the Tudor idyll. This included a faux oratory where it was claimed that prayers were held, although originally it was probably simply a stairwell.

However, in some sense this reinterpretation is in keeping with the original hunting lodge, which was in all likelihood created as a sanctuary for priests rather than a place to rest after a long hunt.

Certainly Boscobel House has a couple of priest holes that James shows me, including the one where it is said that Charles hid during his first night hiding from Cromwell’s men. It is hard to imagine the 6’ 2” monarch hiding in this tiny 4’ by 4’ hole. No wonder he needed to take a stroll in the woods the following day.

Much of our knowledge of what happened during Charles flight following his loss at the Battle of Worcester is influenced by the account written by Thomas Blount. One of the two remaining copies of the book is kept in a box at Boscobel House while the other one is in the British Museum.

Close to Boscobel House and Gardens are the ruins of White Ladies Priory, a late 12th century church of Augustinian canonesses that was dissolved by Henry VIII. You can easily walk from the house to the priory, which is also managed by English Heritage but free to enter.

My tour of Boscobel House was the final part of my visit to Stoke that commenced with a ride along the Churnet Valley Railway the previous day.

The railway is a preserved standard gauge heritage railway that runs regular rides approximately 10 miles from Froghall station towards Ipstone, although the journey stops just after a level crossing in the middle of some fields.

Unlike my recent ride along the Mount Rigi Railway in Switzerland, the Churnet Valley Railway does not have spectacular Alpine scenery to whisk you away. Instead, the ride allows you to drift back to a time when steam trains powered the industrial development of the country. Along the way there are fine examples of conserved railway infrastructure including Consall and Cheddleton stations, as well as plenty of hand-waving locals.

There are a series of special events throughout the year, including afternoon tea rides and the Churnet Valley Railway Polar Express Train Ride, so it is best to check out their timetable before booking a ride.

After my ride I checked into the excellent Hilton Garden Inn, Stoke on Trent. From there I walked into the centre of Hanley and spent an enjoyable night first supping a few ales at The Unicorn Inn and then dining at La Bella Napoli, where I enjoyed surely the best tiramisu in the Potteries – which was almost worth the trip to Stoke on its own.

The following day I visited the Spitfire Gallery inside the Potteries Museum and Art Gallery, which opened on 18 September.

The centrepiece of the gallery is a Spitfire RW388 built in nearby Castle Bromwich in 1945 and donated to the city in 1972.

The Potteries have a strong association with the Spitfire as its designer Reginald Mitchell was born in 1895 in Kidsgrove, a borough in neighbouring Newcastle-under-Lyme. He went to Hanley High School as well as undertaking his engineering apprenticeship in Stoke-on-Trent.

In addition to having the original Spitfire, the gallery has interesting informative displays on both the history and development of the Spitfire, its role in the war, including its use for wartime propaganda, as well as on Mitchell, who died of cancer in 1937, long before the Battle of Britain.

However, for me the most important part of the gallery was the Memories Wall where people recounted their personal wartime stories or those of their parents. One of the most moving was of Leslie and Ken Roberts, who both served in the war. Their father emigrated to the UK from Sierra Leone. Sadly, Ken died in the war, but Leslie survived, and his son now works in the museum.

Just like my experience visiting the D-Day Story in Portsmouth there is no sense of the glorification of war, but rather of its sad loss. One man recounts how he killed a German gun team during the war, only to discover that the oldest one of them was just 16. He said that he did not want to win any medal for killing children.

The Spitfire Gallery is free to enter.

Things to Do in Staffordshire