With so much negativity abounding in the world at the moment, especially as regards climate change, it comes as something of a relief to interview someone who is positive about the future. 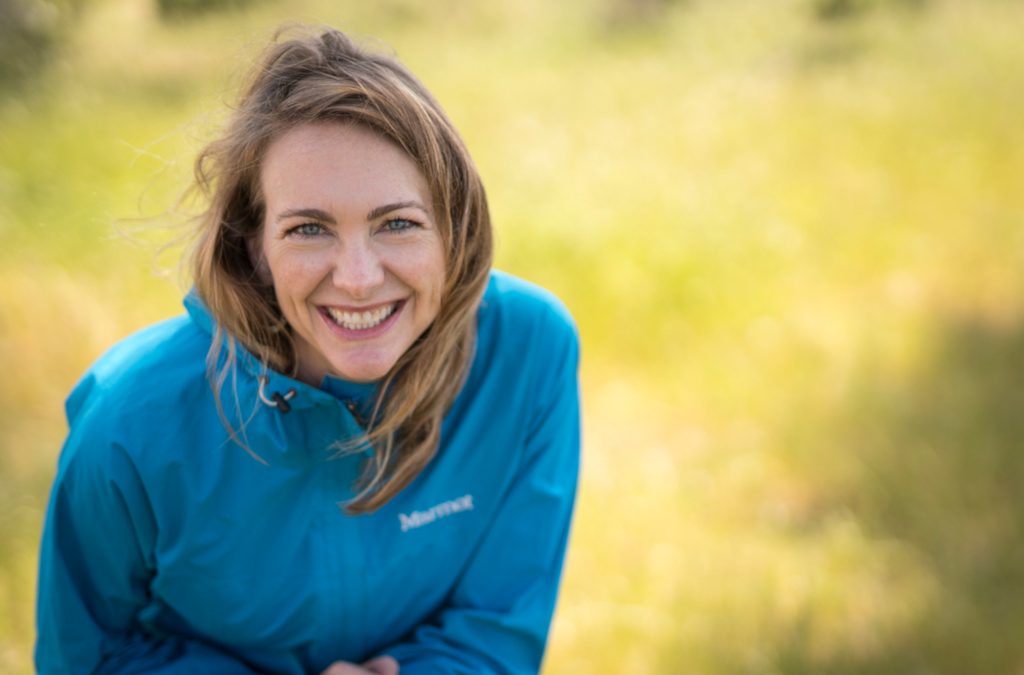 With so much negativity abounding in the world at the moment, especially as regards climate change, it comes as something of a relief to interview someone who is positive about the future. Words by Mark Bibby Jackson.

“Climate is not a story told well,” Christina Beckmann tells me over our Zoom chat. “It’s all doomsday. What we need to do is to get the message of hope to engage more people.”

Beckmann established Tomorrow’s Air with Nim de Swardt in 2019 as a collective to promote carbon removal. The pair met on a voyage to Antarctica with Sir Robert Swan, the first man crazy enough to walk to both Poles as he puts it, which Beckmann says “was life-changing”.

Prior to that Beckmann had worked extensively in sustainable and nature tourism, most recently for the Adventure Travel Trade Association (ATTA).

“Surrounded by ice, breathing in crisp, pure air, something clicked for me,” she explains. “All this good work on the ground at the ATTA doesn’t really matter if we don’t fix the problem in the atmosphere.”

Inspired by Swan and with support from ATTA, Beckmann set off with the aim of fixing that problem.

She soon realised that within the travel industry most people were talking about offsetting their carbon emissions.

Offsetting Alone Is Not Enough

“That is not the solution,” she says. “Offsetting just keeps our situation level. We need to dramatically reduce carbon dioxide concentration in the atmosphere – clean up fast – and store it permanently.”

She observes that most people are thinking of climate change as a pollution problem. They focus on offsetting their new and planned emissions, overlooking the fact that we have a massive clean-up and restoration opportunity in front of us, to pull down generations of stored carbon dioxide from the atmosphere and store it so the entire system can heal. To accomplish this, Beckmann believes that technology needs to play a role.

She refers to David Wallace-Wells, deputy editor of New York magazine and the author of The Uninhabitable Earth, who writes that, “negative emissions has recently been built into nearly all climate-action goals.

“This is a chilling fact, which almost nobody outside the climate world appreciates: Just about every plausible scenario for avoiding catastrophic change is built on these technologies, which we are only now beginning to test.”

According to the IPCC (Intergovernmental Panel on Climate Change), we will need to remove 10 billion tons (or gigatons) of CO2 from the atmosphere by 2050. Beckmann says that currently we are removing less than 1 gigaton. Simply planting more trees – even a trillion of them – is not the total solution.

Climeworks already has developed the technology to remove and store carbon from the air. On 8 September they launched Orca, the biggest direct air capture plant of its kind, in Iceland. It can capture and permanently store 4,000 tons of CO2 per year.

Tomorrow’s Air is inspiring, educating and mobilising travel to support the effort.

Confident about the Future

The goal is a carbon-free travel future.

People can sign their Clean Up Pact, a first step towards helping generate greater awareness, and follow on social media. They can also join Tomorrow’s Air from as little as $10 per month. Company partnerships remove higher volumes of carbon dioxide and support broader educational campaigns.

Read about Travel Begins at 40’s partnership with Climeworks.

While admitting that current levels of carbon removal are too low Beckmann is really confident about the future. She notes that the direct air capture technology Tomorrow’s Air supports is following a similar learning curve to other technologies in that once deployed their efficiencies improve and costs come down – much in the model of solar panels – and expects carbon removal technologies will ramp up considerably.

“Of course it’s going to take off,” she says. “Costs will come down, that is part of the solution, but we really need it in the next ten years.”

However Beckmann does not see “the road to 10 gigatons” as something that carbon capture will achieve on its own. A technological solution is something that can go hand-in-hand with nature-based solutions, such as forest conservation.

Beckmann realises that her arguments will not convince everyone. Many people are scared by any technological solution to problems. However, to those sceptics she has a simple response. “We’ve gone past the point where nature can do it on its own,” she says referring to an estimate that even if all emissions halted today it would take 900 years for natural systems alone to process the carbon dioxide stored in our atmosphere today. “It really is all hands on the deck, and we need to use every option available to us.”

Moreover, she believes there is a momentum behind the climate change movement, especially amongst the young, and sees Tomorrow’s Air as being a meeting place for the willing.

This is why schemes such as Artists for Air, which currently has 11 artists from around the world including photographers Paul Zizka and Eszter Papp, and filmmaker Fraser Morton, are important to tell the story in a visual as well as verbal way.

In the future she hopes to add new benefit providers to the Tomorrow’s Air community as further incentive for travellers to join, developing a campaign to support new Artists for Air.

She also sees a perfect synergy between Tomorrow’s Air and SUNx Malta, encouraging all those companies who sign up to the SUNx Climate Friendly Travel Registry to make Tomorrow’s Air part of their carbon reduction action plan.

“You can reforest and remove carbon at the same time,” she says.

One thing is for sure, with people like Christina Beckmann driving the climate debate, tomorrow’s travel looks a lot more positive, and gives us all hope for the future.

Trees4Travel: a Fresh Leaf for the Travel Industry