James Clark takes a Penzance staycation with Aspects Holidays and discovers there is so much to enjoy in the Cornish seaside town. 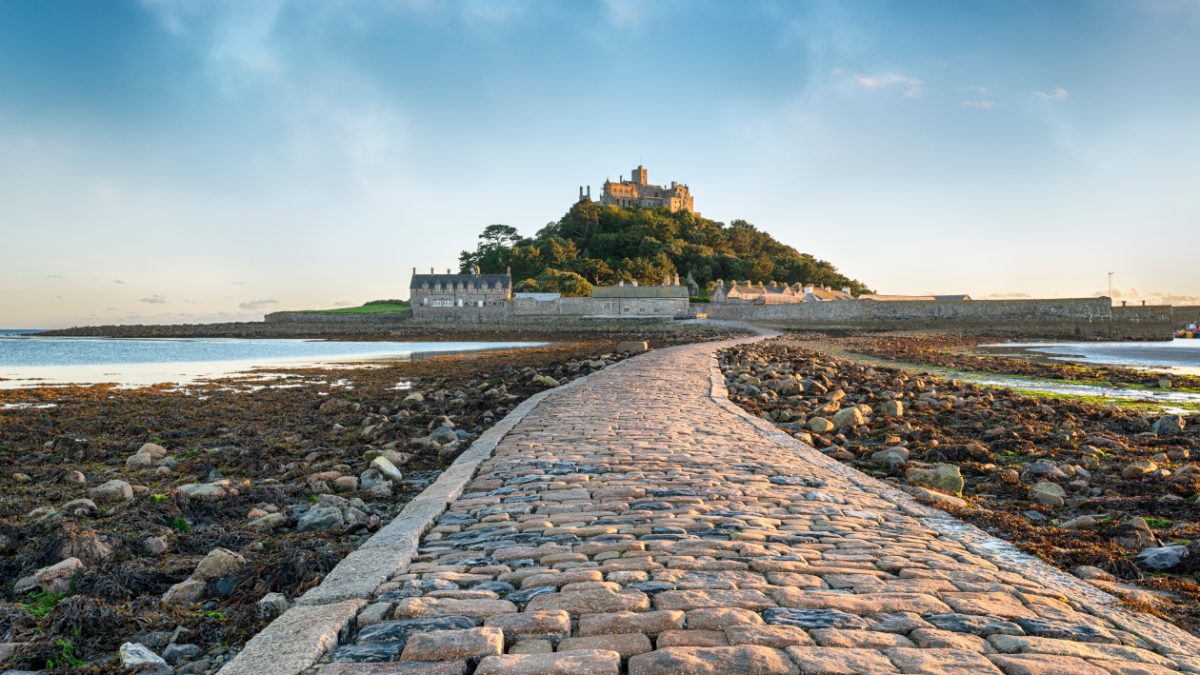 James Clark takes a Penzance staycation with Aspects Holidays and discovers there is so much to enjoy in the Cornish seaside town.

It was not the quickest journey by rail from London Paddington to Penzance, but what I was rewarded by on arrival more than made up for it. A traditional seaside town with an air of sophistication. The most westerly major town in Cornwall with its Mediterranean feel has something for everyone.

With too many lockdowns to remember last year, I made the decision to travel a little closer to home that summer to explore parts of England not known to me.

A friend of mine spoke well of Penzance over a telephone chat and recommended the town as a great choice for a short break. As she continued to speak about the harbour and beautiful scenery, I became intrigued. When she moved on to the fact that a trip would involve just one train from Paddington I was sold on the idea.

As soon as we said our goodbyes, I searched through quite a few holidays let websites and eventually came across a company called Aspects Holidays that grabbed my attention. It was a family run business with some longevity behind it. The company started in 1989. The guest reviews and the website were extremely appealing, and on further investigation I soon discovered that the team gets involved with charities and supports the local communities. A real winner for the modern conscious traveller. I don’t know about you, but I love to feel like I am contributing to the community when I am travelling.

I introduced myself by email, spoke with a friendly member of the Aspects Holidays team the next morning and booked Sirens for a long weekend.

On arrival in Penzance, I found the town centre property easily. It was just a short stroll from the train station.

The three bedroom and three floored property was a lot bigger than I expected, containing all the mod cons imaginable, and an outside decking area, as well as that all important Wifi. I wandered from bedroom to bedroom, finally settled on the one overlooking the sea, unpacked and felt right at home.

Shops and Restaurants on Chapel Street

I was expecting a 1950s type shopping area resembling nearby Plymouth. The centre was blitzed in the second world war. Clearly, Penzance did not suffer the same fate. Chapel Street, connecting the town centre with the harbour, was like something out of a Dickens BBC drama. Its churches, and other historical buildings, now home to a fishmonger, a butcher, a bakery, a pharmacy, a convenience store, delightful galleries, old fashioned pubs, and restaurants with enough variety to suit just about every palette left me with an excellent first impression of the town. As I stared around from one remarkable piece of architecture to the next, I began to imagine people walking along the same street in the direction of the harbour centuries ago.

One of the most talked about buildings on Chapel Street is the 1835 Egyptian House with Egyptian symbolism and sphinx-like adornments. And in an un-Egyptian manner It has the royal coat of arms of George III and William IV. The three-story house has been through various hands, but in 1968 The Landmark Trust bought and started to restore it. A job they’ve done very well. The ground floor is home to a company called Pure Nuff Stuff, Penzance’s own natural cosmetics company. They make cosmetics on site, and are happy for visitors to pop in and watch them hard at work.

I decided to head to the Admiral Benbow for a pint of Thatcher’s Haze Cider. It has stood since the 17th century. Locals in the pub are full of pirate related stories, no doubt encouraged by the collection of artefacts around the pub that were rescued from various shipwrecks. Even the onsite restaurant The Captain’s Cabin has been created to resemble the deck from a period ship. It caught the eye of celebrity chef Rick Stein. He filmed in the pub as part of his BBC2 series Cornwall.

The unpretentious Turks Head turned into another one of my favourites. It dates to a staggering 1233. If walls could talk this place would have many tales to tell. I grabbed a pint of Turk’s Head Ale brewed by Sharps in Cornwall, sat at a table in the beer garden at the rear of the pub, and chatted the afternoon away with some friendly locals.

There’s an (inaccessible to the public) tunnel running from the pub to the harbour that was used by smugglers, but I strolled along Chapel Street to the harbour and passed al fresco diners outside The Boatshed and neighbouring restaurants, and watched moored-up boats bobbing gently up and down into the early evening, before walking along Cornwall’s only promenade. It was a fine introduction to Penzance.

A Day Outdoors on a Penzance Staycation

The following day, the sun was warm so I decided to devote my day to walking along the coast to St Michael’s Mount. I took a leisurely pace, and was pleased to see that the tide was out on arrival so I could wander out to the smallest island in Cornwall. I had forgotten to check tide times.

My wander became a little less of an amble as I began walking up to the fairy tale island castle. The steep steps and trek along narrow pathways to the front door may not be for the faint hearted, but I loved the sea breeze flowing into my lungs, and the sun on my face, as well as the reward for my efforts –  spectacular views of the coast and moors.

I took the same path back in the direction of Penzance, and remembered I had my swimwear in my rucksack. I thought that a trip to the Jubilee Pool would be an enjoyable way to relax (even more) before showering and changing for dinner.

I happily spent a couple of hours swimming and floating around in the natural seawater. I had a chat with a member of the team at the cafe overlooking the pool, and was pleased to discover that the art deco lido was heated by a sustainable and geothermal well with an incredibly low carbon footprint.

And for Something a Little More Cultural

The following morning, I decided to spend the day taking in some of the town’s cultural heritage.

Destination number one, the Exchange (just off Chapel Street) part of the Newlyn Art Gallery. It showcases the best of local, national and international contemporary art. At the time of my visit the former telephone exchange was home to Simple Truths, a community-focused exhibition featuring works selected by dads from the WILD Young Parents Project. It’s a learning and development charity for mums under the age of 23 and their children. I got talking to a man over coffee who recommended the Tremenheere Sculpture Garden situated back in the direction of St Michael’s Mount.

So, I wandered the same path from the day before at the same chilled out pace. The woodland walk, and the sounds of wildlife were captivating. The sculptures along the route enhanced my already feelings of bliss. As I continued to walk up to higher ground the open spaces adopted an even lusher feel, with exotic plants and elegant views at every turn. So much thought must have gone into this place. I enjoyed it so much that three hours passed too quickly. I could have stayed longer, but my stomach was beginning to rumble and thoughts of seafood and steak at the Bakehouse back on Chapel Street began to fill my mind.

Copper Canyon, a Train Ride and Mennonites in Chihuahua Mexico