Travel Articles > Experiences > Gastronomy > 7 Great Beer Festivals in the UK, Belgium, Germany and the US 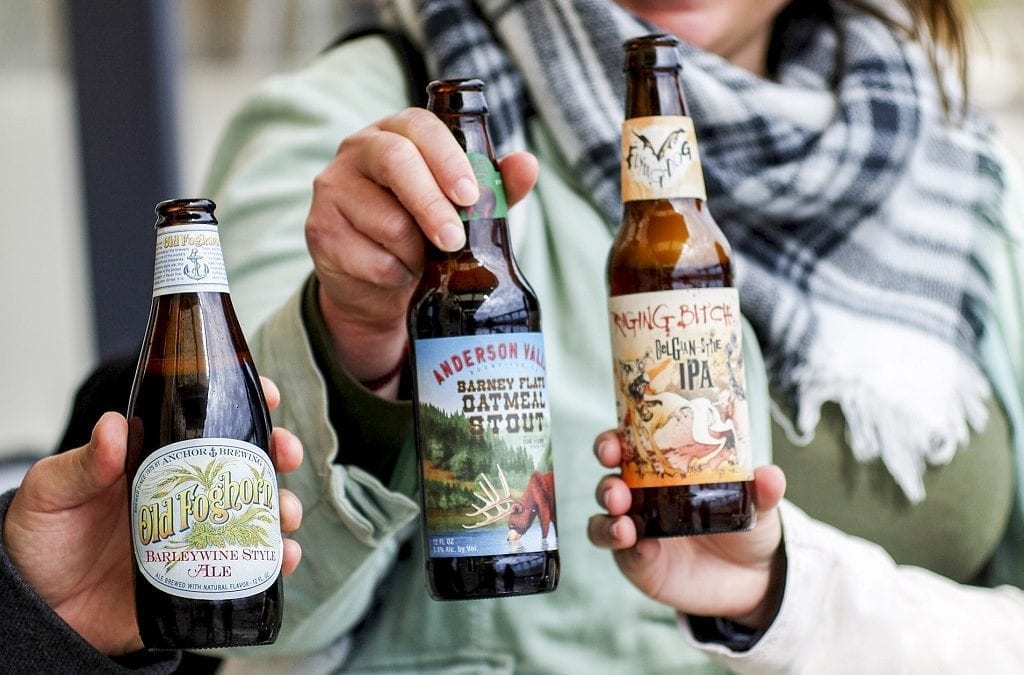 Travel Begins at 40 looks at seven great beer festivals in the UK, Belgium, Germany and the US.

We’ve mixed up both domestic and overseas golden liquid events into a beer basket of seven great beer festivals in the UK, Belgium, Germany and the US.

There’s no denying that the legendary Oktoberfest in Munich, which dates back all the way to 1810, is the biggest and most extravagant beer festival on the planet. It’s especially the setting that is quite unbeatable. Expect a celebration of Bavarian tradition with lederhosen- and dirndl-wearing revellers both young and old, traditional German cuisine where bratwurst and pretzels take centre stage, parades, funfairs and, of course, the German brass bands dishing out their much applauded – or sometimes feared – oompah tunes.

What makes this beer extravaganza even better is that all the beer served complies with the centuries-old German Reinheitsgebot or purity law, considerably tempering the risk of a nasty hangover after downing a few too many of the iconic one-litre steins. No surprise then that every year over six million visitors fill several dozen decorated beer tents here. The Oktoberfest has grown so much in popularity now that, wherever you find yourself in the world, the answer to “Is there an Oktoberfest near me?” is probably yes.

If you’d like to sample American beers and don’t have the luxury of making that ultimate coast-to-coast US road trip, then visit the Great American Beer Festival in Denver. More than 4,000 American beers from over 800 brewers are featured here, making it one of the widest selections of US beers in any beer festival, compiled of lots of small and independent craft beers. The entire country is represented here under nine regions which are Southwest, Southeast, Midwest, Mid-Atlantic, Great Lakes, Pacific, Pacific Northwest and New England. The festival also holds a yearly competition for best beer in different style categories with the winners decided by industry professionals during blind tasting sessions, just in case your own judgment has become a little clouded.

The Bruges Beer Festival is one of the most respected beer festivals in the country that produces some of the finest beers in the world. Some 80 Belgian breweries offer well over 400 different top-of-the-range beers, and they do so in the historical centre of one of Europe’s best preserved medieval towns, adding a bit of feudal character to your favourite drinks.

If you have never sampled a true Trappist beer, then this is the place to go to. A Trappist beer is made by Trappist monks only – or the process is supervised by them – and has to be brewed inside their monastery under strict brewing criteria. With only 12 recognised Trappist beers worldwide and with half of them in Belgium, the Bruges Beer Festival is reportedly the only event where you can sample so many Trappist beers at the same place. Even the elusive Westvleteren Trappist beer, repeatedly voted the best beer in the world, can often be found here. Santé to that!

Also in Belgium, this is the little kingdom’s biggest beer festival, held in the university town of Leuven which is already famous for being the birthplace of Stella Artois and home to hundreds of beer bars. To help you narrow down somewhat your choice, the 500+ different Belgian beers at the Zythos Beer Festival are divided into three categories: the festival-only ‘exclusive beers’ that have been brewed specifically for the occasion; the ‘primeur beers’ are new beers that are presented to the public for the first time; and a handful of gluten-free beers.

If you need to walk off some excess, try the organised beer walks through the city’s historical centre, while a handful of local breweries open their doors for a thirsty public. With Belgium’s beer culture now officially recognised by Unesco as an Intangible Cultural Heritage of Humanity, there’s never been a better excuse to indulge yourself into some serious cultural pursuits.

The third of our holy trinity of Belgium beer festivals takes place in the capital Belgium. The BXL Beer Fest is a friendly place in the heart of Brussels where you can sample quality craft beers made by small, independent breweries hailing from all over Belgium and overseas. In addition, the culinary delicacies on offer will allow you to pair your artisanal beers with some great food specialties. Some 60 breweries will be presenting more than 400 beers.

Unlike the case with major beer festivals where companies pay for a stand, the small brewers at the BXL Beer Fest are carefully selected and participate by invitation only – there’s no risk of finding yourself with the same old beer brands and their uniformed products. The high standards set by the organisers assure an offering of beers of top quality and tradition, but also innovation.

Longing for a decent pint of traditional warm British beer then head to the Ealing Beer Festival this July (dates not confirmed at time of publication). Sample more than 500 different real ales at the Ealing Beer Festival in London. The beers come in all strengths and styles from breweries all over the country. If you’d like to have a break from real ales, there’s also an impressive offering of foreign bottled beers, English wines and mead, as well as a selection of ciders and perries from small and medium-sized producers.

As all this will certainly whet your appetite, this festival also offers you a whole range of food options from local producers, while at night live music bands make sure the party continues. It’s held outdoor in the beautiful Walpole Park.

The Mammoth Festival of Beers & Blueseapalooza is quite unique in that there are two impressive line-ups here, one of craft beers and one of Blues musicians. While you’re savouring from over 200 different craft beers with a few ciders thrown in for good measure, you’re treated to tunes by world-class performers, from Blues and R&B to Soul and plain, good old Rock ‘n Roll.

An added bonus to this beer and music festival is that it takes place in what must be one of the most impressive and beautiful venues of the West. Located at 2,400 metres (8,000 feet) near Yosemite National Park, Mammoth Lakes is famous for its spectacular scenery of pine forests, icy lakes and mountain peaks, all waiting to be discovered by you after you’ve downed your last craft beer. No wonder this festival has grown to become one of America’s leading beer and music festivals.

The 5 Best Travel Gadgets For Women Who Love To Travel