Back in 2019 Joe and Amber took a trip through Flores island, Indonesia and ended up in Komodo National Park. 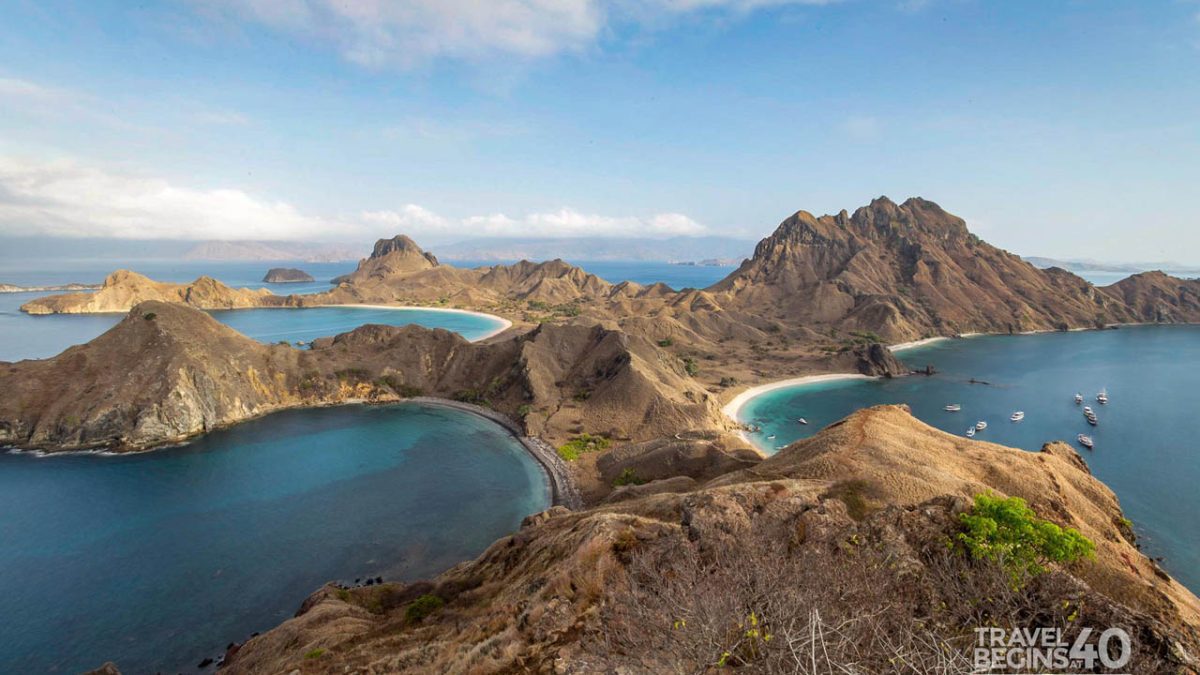 Landing at Ende on the eastern side of Flores Indonesia we embarked on a five-day overland trip following the Trans-Flores Highway. At the end of the winding mountain roads our destination was the seaside town of Labuan Bajo, gateway to the Komodo National Park. 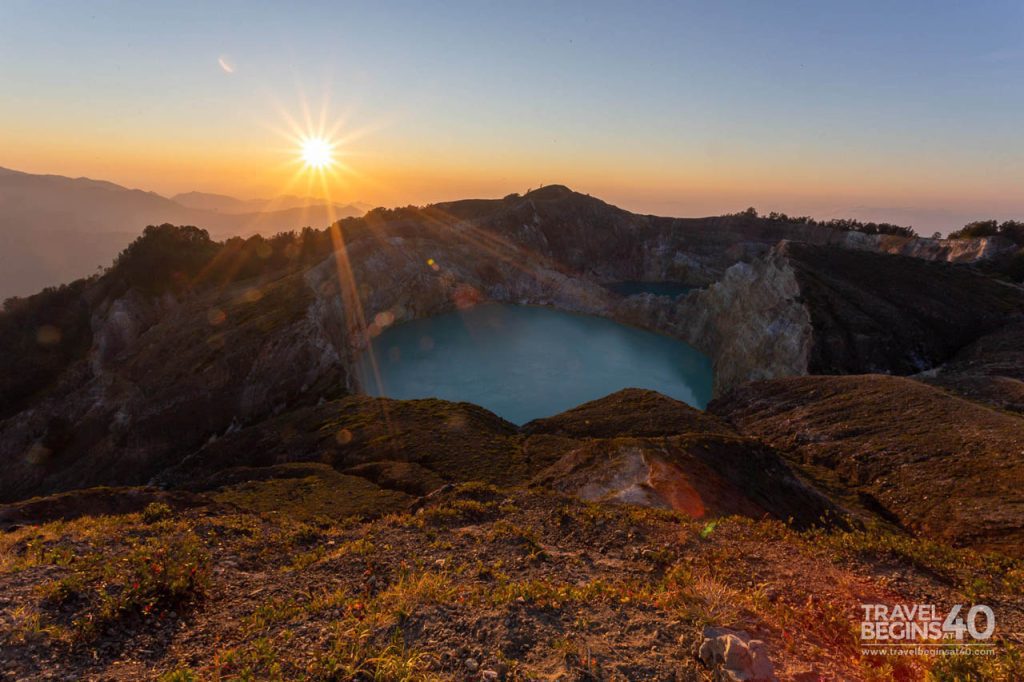 The Kelimutu volcano has three colourful crater lakes. Waking at 3am to make a short steep hike up in the dark the stunning landscape reveals itself at first light. 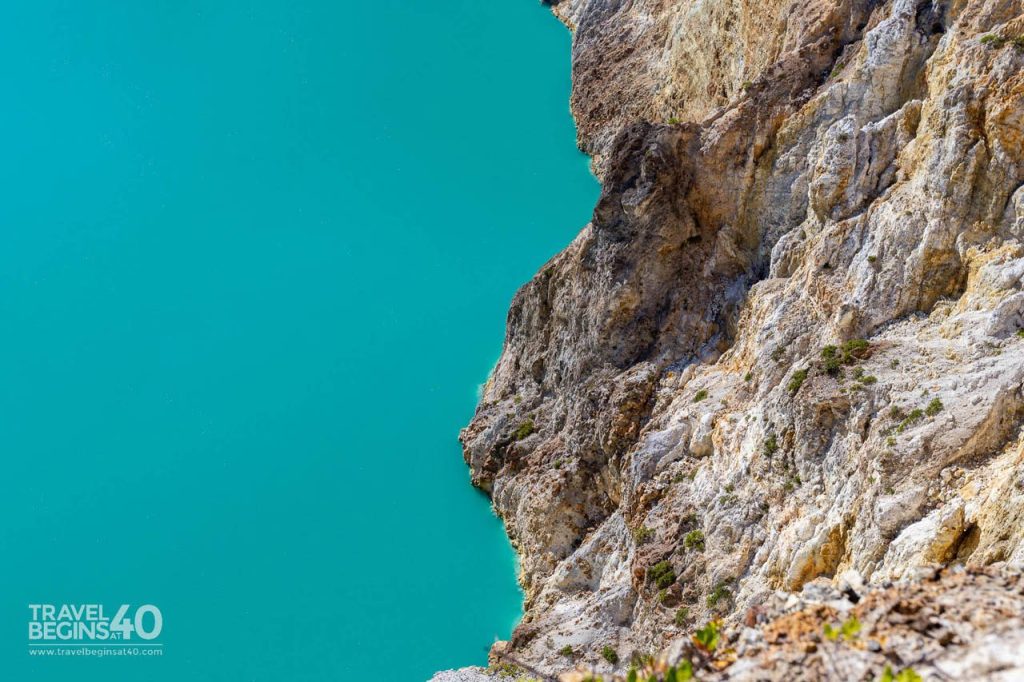 The water in the lakes is highly acidic and supports no life. The colour changes depending on the current chemical composition and can vary from green to blue to red at different times of the year. 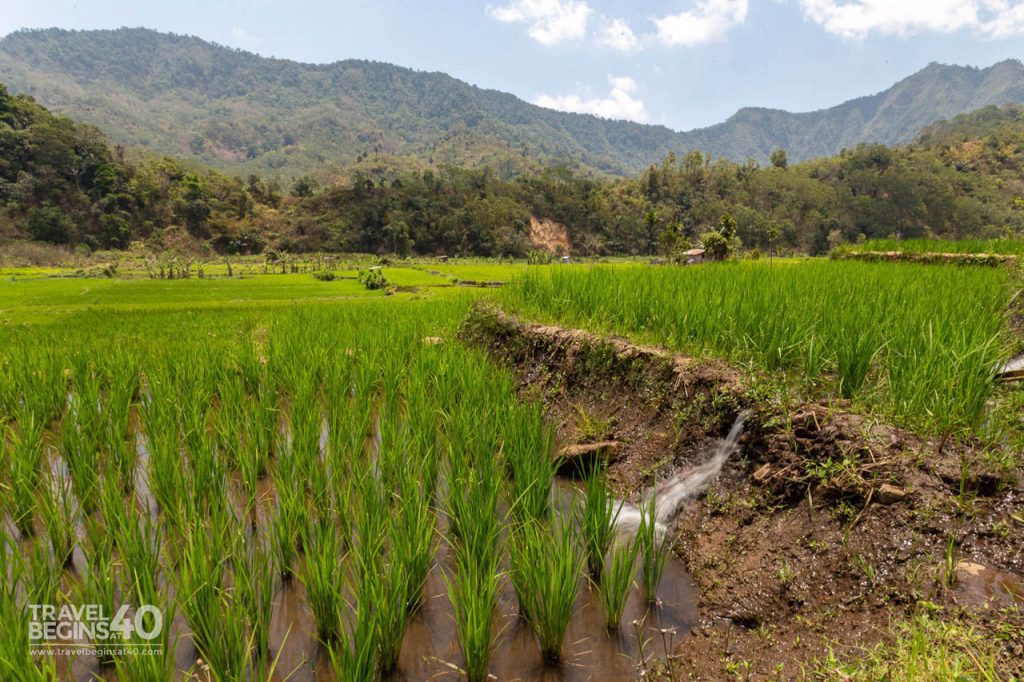 Flores is a mountainous island covered in vibrant rice terraces, similar to those seen in nearby Bali. There are an abundance of stunning views just at the roadside. 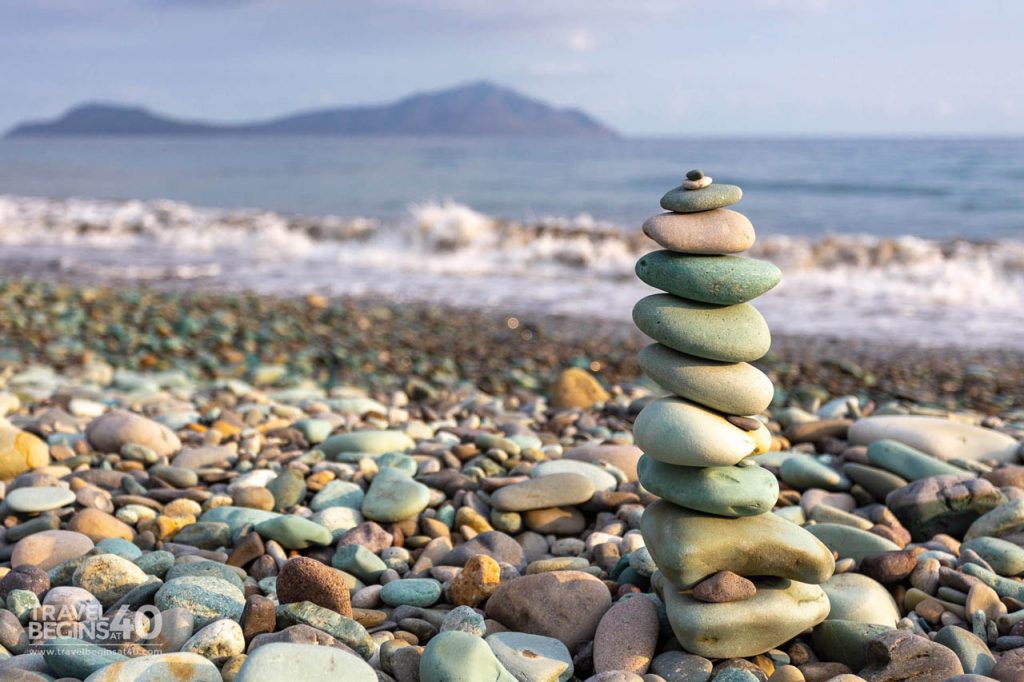 The blue stones and black sand of “Blue Stone Beach” makes for an alien landscape on the southern coast of Flores island. The beach is regularly plundered and the unique stones and sold for resort decorations and tourist handicrafts in Bali. 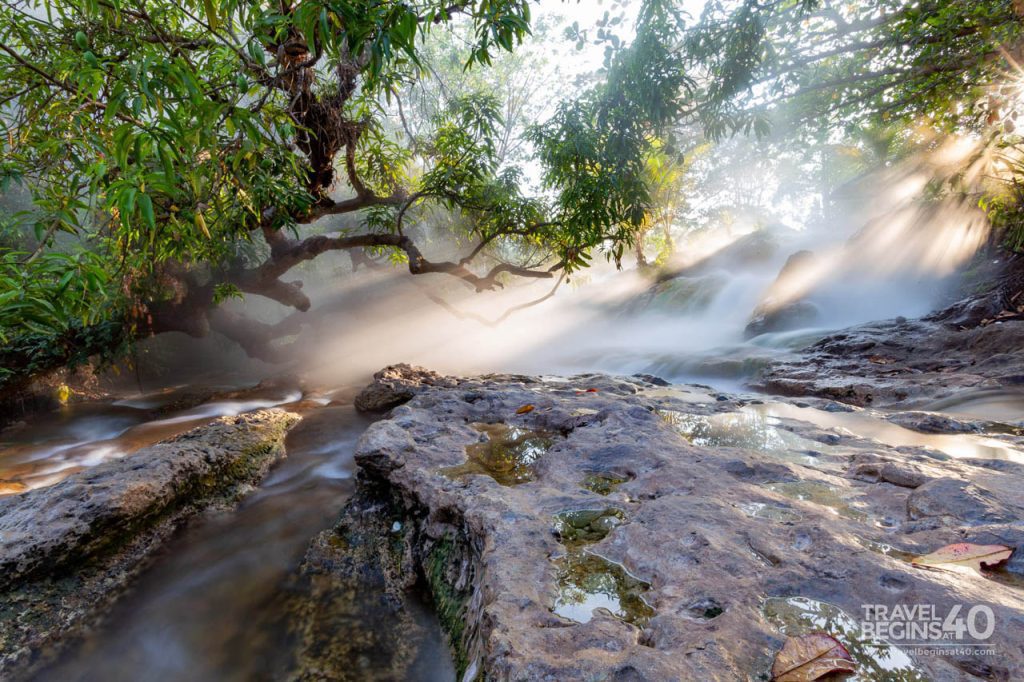 Magical hot springs on the slopes of a volcano. The hot water streams over a small waterfall and mixes with the cool water in the small stream. A perfect start to the day as the morning light shines through the steam rising in the cool morning air. Wae Rebo village sits 1,200m above sea level and the only access is by a steep footpath. After a four-hour hike we are taken to the central hut to greet the village chief and shown to one of the guest huts to spend the night. The villagers tend to small coffee plantations around the mountain and produce some excellent coffee. Numerous other traditional tribal villages can be found around Flores. Each with their own distinct housing construction style and customs such as whip fighting. With few tourists, most places you will visit are only slightly commercialised. 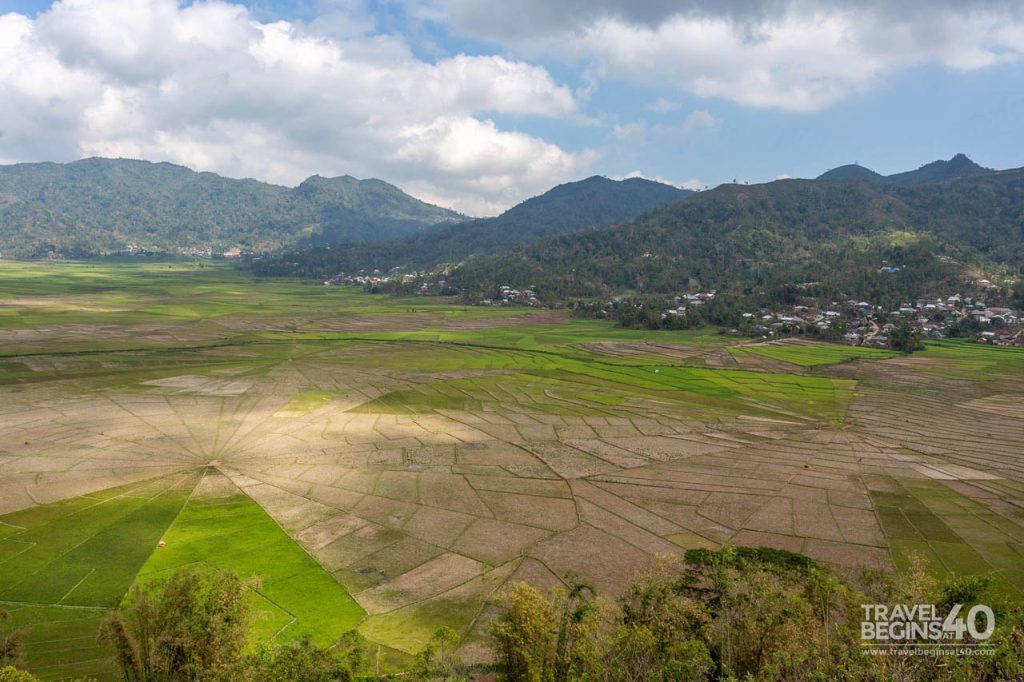 Passing the spider web rice fields on the way to Labuan Bajo. The rice fields are divided into this unique pattern which forms a spider’s web when viewed from the top of the nearby hills. 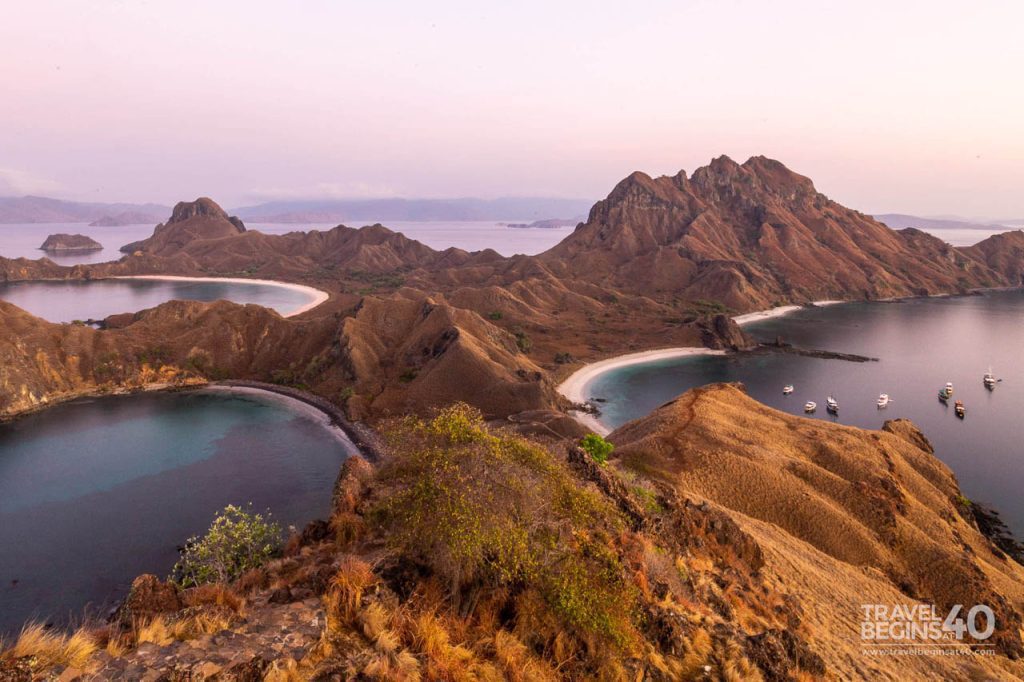 Leaving the highway behind we set sail from Labuan Bajo for some island hopping. The morning brought another hike in the dark up the stunning Padar Island, one of the most famous views in Komodo National Park. The island is said to be shaped like a Komodo dragon with its four sprawling limbs. Three beaches of different colours – golden, pink and black sand – are visible from this vantage point. 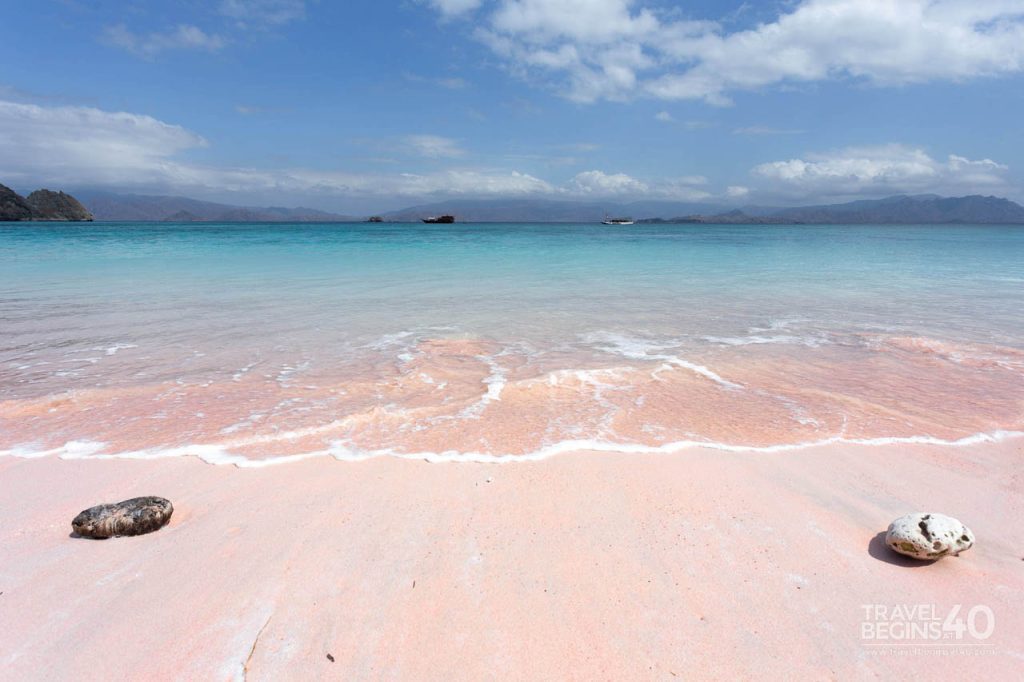 The pink hue of some beaches in the area is a result of the sand being formed from the abundant coral reefs, which also provide excellent snorkelling opportunities. 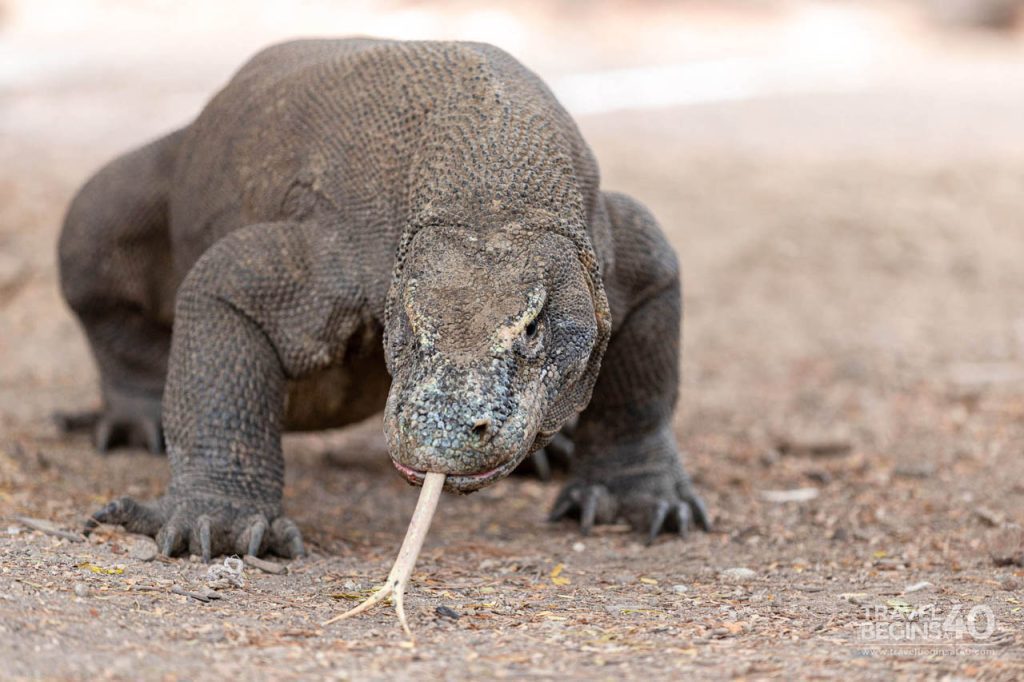 Komodo National Park is home to the fearsome Komodo dragons, the main attraction of the area. As well as the dragons on land, the surrounding seas are renowned for their varied and well-protected marine life making the Komodo islands a hotspot for snorkelling and scuba diving.

5 Fun Places to Visit in the World