UK Road Trip from Oxford to the Oxford Bar

Mark Bibby Jackson goes on a UK road trip from Oxford to the Scottish capital along memory lane. 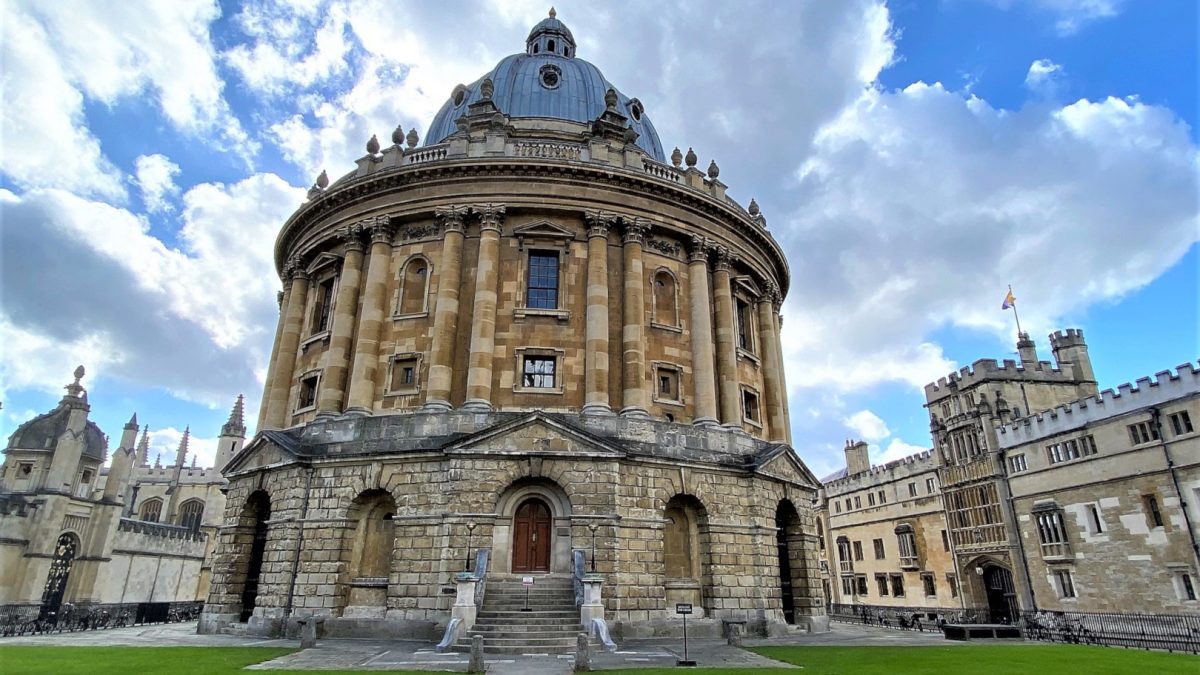 UK Road Trip from Oxford to the Oxford Bar

Mark Bibby Jackson goes on a UK road trip from Oxford to the Scottish capital along memory lane.

I must admit to be slightly scared, or perhaps scarred, by Oxford. As a tender 17-year-old I sat the entrance exam for Keeble, staying at the college for three days while waiting for my cursory interview. At dinner one evening I sat next to a boy who persisted in talking to me in Latin despite my response in a more contemporary language.

So, it was with a certain amount of trepidation that I sat down for dinner at Somerville College, the guest of my old school mate Steve, who managed to survive the interview process and make it to Oxford, returning in later years as the Senior Tutor of Somerville. This marked the start of my road trip around the UK from Oxford to the Oxford Head.

Somerville used to be an all-female college but has been co-ed since 1994. Its most famous old girl was Margaret Thatcher, and to date all the Principals have been female.

My heart sank as the current one started speaking in Latin, although this was merely the benediction and swiftly followed by “bon appétit”. From then on all conversation flowed in English as freely as the wine with dinner, and the pursuing port.

Earlier I had checked into the admirable and well-located Vanbrugh House Hotel. The Grade II hotel was originally a large Georgian House and it has retained much of the intimate character of the original 17th and 18th century building.

I stayed in the Lewis Carroll room. Named after the English writer who came to Oxford in 1851 to study maths at Christ Church College, and met Alice Liddell who inspired him to write Alice’s Adventures in Wonderland.

Since my schoolboy visit to Oxford, my only connection with the city has been via Morse, Lewis and latterly Endeavour. So, it was in the footsteps of the TV detectives that I traced the following day.

The still functioning Bodleian library quadrangle (1613-19) forms part of Radcliffe Square which has been called the finest square in Europe. In its centre is the Radcliffe Camera (1737-48) (see main image). Opposite the Bodleian is the Church of St Mary the Virgin, and Brasenose College (1509) lies next to it. Fans of Lewis will be familiar with the detective striding around the square while musing about who the murderer might be with Hathaway.

The square is named after John Radcliffe a doctor who donated money for the construction of the square which was conceived by Hawksmoor, who together with Sir John Vanbrugh – after whom my hotel was named – is credited with creating the English Baroque style.

As much as I would have liked to linger in Oxford I had an appointment up the country – and one which had even stronger ties to my past.

In the 80s when Margaret Thatcher was no longer at Somerville but was prime minister and the miners were striking, I put aside my rejection from Oxford and studied English at York. I have not returned for many a year.

I have to praise the staff at the Hotel Indigo, York. Initially there was a problem with my booking, which was for 2023 rather than 2022. Rather than requesting I return in a year’s time, they swiftly booked me into a really well-sized room where a lovely box of chocolates awaited me.

As I left the Hotel Indigo I was momentarily confused by my surroundings – was this really the city where I had spent three years studiously avoiding lectures on Anglo-Saxon English? But then the familiar tower of York Cathedral emerged from the buildings and I headed in that direction.

While I was studying at York the cathedral was seriously damaged by a fire. So there was a certain familiarity to see it surrounded by scaffolding – maintenance of the medieval structure is a costly and full-time project. However, this cannot detract from what in my opinion is the most spectacular religious building in the country. I had forgotten quite how amazing it is.

Mind you in York you are spoilt for choice with antiquated buildings, many of which specialise in serving eminently quaffable beer.

In a scholarly manner I sampled quite a few of them starting in the Blue Bell, the smallest pub in the city, and ending at the Red Lion, which dates back to the Tudor period. Then I retraced my footsteps towards the university campus ending up at Jennys for the traditional post session chips and curry sauce. This I consumed in my hotel room, conveniently located a hundred yards or so away on Walmgate – certainly far closer than my former digs at Derwent College.

The following day, I continued my travels north of the border to Scotland. Traditionally there are two roads to Scotland. The A1 hugs the east coast on its way to Edinburgh, while the M74 cuts across to Glasgow. However, as I approached Newcastle I discovered that the A1 was closed, so my Satnav diverted me along the third road – the A68.

This ranks as one of the most serendipitous diversions in all of my travels. Not only does the scenery improve drastically as you enter Northumberland – surely the prettiest of all England’s counties? –, but I happened to chance upon the annual Jethart Hand Ba (or Jethart ba’) just across the border in Jedburgh.

The traditional game has been held on the Thursday after Shrove Tuesday for more than three hundred years. The uppies, who were born or first entered the town from south of the central Mercat Cross, score by hailing (or throwing) the ba (or ball) over a fence at Jedburgh Castle. The target of the doonies, who come from the south of town, have a target somewhere down the hill.

From what I could see the game mainly consists of an unmoving ruck of grown men lying on the floor with the ball buried somewhere in their midst. Boys run around rather chaotically playing their more athletic version of the event. According to my impromptu local guide, Graham, the game has no rules and no official organisers. It continues until the last ba is hailed, which can be late in the evening.

Edinburgh and the Oxford Bar

By then I had pulled into to Edinburgh, my journey complete. Although I have no association with the Scottish capital, as with York and Oxford, it is a city I know well, having visited here on several occasions.

On this trip I decided to avoid the Old Town and its beautiful castle, and instead stay in the ‘New’ Town, which was built between 1767 and 1850. This is one of my favourite parts of any city in the UK.

For Morse read Rebus. Ian Rankin’s dour detective epitomises the city as much as his more cryptic rival does Oxford. They also share a linguistic connection beyond the brevity of surname. Rebus’ favourite bar is called the Oxford Ba, or the Ox. Many a time does our detective work the case over a pint and whisky chaser.

So, it is here that my UK road trip comes to a close, drinking a single Speyside malt beneath the photo of Rebus’ author in the back room of the Oxford Bar.

Or does it? For the following day I am to follow the path of Rebus’ Saab 900 along the A9 to Inverness, for like all good detective novels my UK road trip has a sequel.

For ideas on how to plan a UK road trip and to develop the ideal UK road trip itinerary, go to the Visit Britain website.