Mark Bibby Jackson discovers the rich and varied things to do in Sandwich from a boat ride along the River Stour to the cinque port’s rich history. 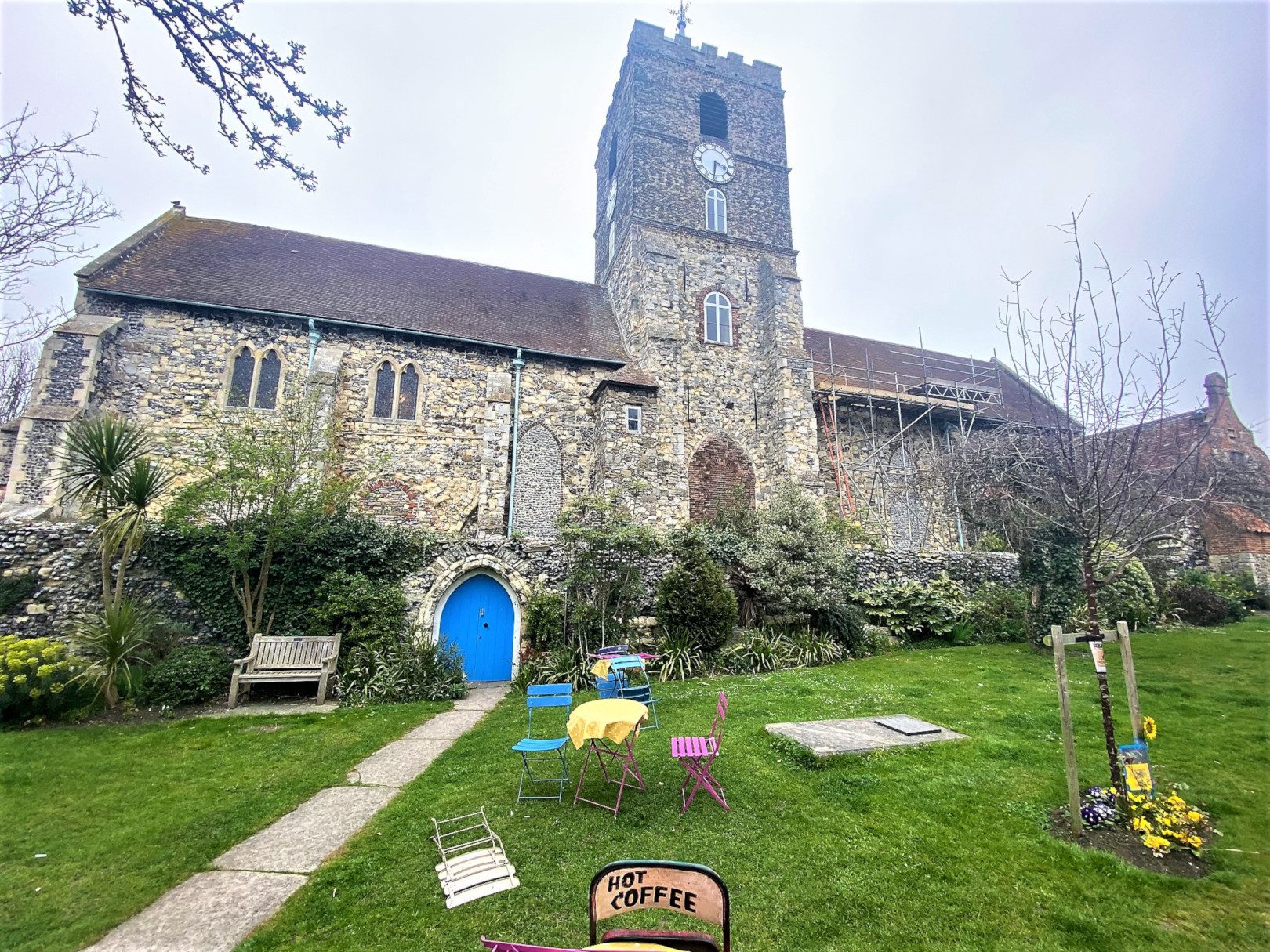 Mark Bibby Jackson discovers the rich and varied things to do in Sandwich from a boat ride along the River Stour to the cinque port’s rich history.

It was on a visit to the Zeche Zollverein in Germany that I first realised my interest in post-industrial architecture. It fascinated me how the remnants of our industrial past can be reclaimed for our cultural and natural present and future. The desire not just to preserve in aspic but to improve should be the ultimate goal for any sustainable or regenerative tourism initiative.

I did not imagine that I would encounter a similar feeling on my trip to Sandwich, part of White Cliffs Country.

The main purpose for our boat trip along the River Stour aboard the River Runner was to see the colony of seals that stay here all year round, close to Pegwell and Sandwich Bays.

However it is the debris from the area’s industrial past we pass along the way that first draws my attention. Richborough Power Station used to stand beside the river until it was demolished some twenty or so years ago, Wayne informs me. A discarded railway line leads down towards the river.

Together with Paul, Wayne run tours along the river, when he is not acting as a coxswain on a pilot boat or volunteering for the RNLI, as he has for the past 28 years. The boat rides are a relatively new enterprise for the two friends. Wayne only teamed up with Paul last year, but already for this year they have a new boat, which can take 12 people.

After half an hour or so we reach our destination. A bunch of seals lie waiting for us in the mud. Unperturbed by the sound of our arrival they just stare in our direction. “They are curious,” says Wayne.

In recent years the pair have noticed an increase in the number of seals on the river, which might be attributed to the area being converted into Pegwell Nature Reserve, and the waning effects of its industrial past. Wayne explains that in the winter months there are a lot of migratory birds, but very few locals come here. “A lot of people have lived in Sandwich all their lives and never been along the river,” he says.

“Sandwich is the best preserved medieval town in the country,” our guide John proclaims as we set off on his town tour, having refuelled ourselves at the excellent George and Dragon pub for lunch.

John’s tour of Sandwich starts in the old medieval town next to The Guildhall, which was built in 1579, and has a museum with a copy of the Magna Carta, as well as the Charter of the Forest both from 1300. There has been a market held in the square beside The Guildhall for nearly 800 years, John explains.

Between the 11th and 13th centuries Sandwich became the major port in England, as the town benefitted from

its duty-free Cinque Port status bestowed by successive kings (see below). However, with the silting of the river, the town fell on bad times, so Queen Elizabeth invited 25 Huguenot Flemish families – or strangers from the French l’étranger – to settle here. They were weavers, and a lot of the still existing cottages had the weavers looms in the top floor. Allegedly the strangers also brought the plague with them. One quirk of Sandwich is that St Peters Church still rings the Curfew Bell at 8pm each day.

In 1457, Sandwich was attacked by the French and part of it levelled. Some of the older streets still remain including the longest run of timber medieval buildings in the country, according to John. This is close to the Pillory Gate where people were nailed by their ears until the 18th century.

Sandwich further suffered from an earthquake in 1666. Many of the buildings and walls around the town were rebuilt with stones from the nearby Roman fort of Richborough, which was abandoned in 410.

In its heyday Sandwich used to have some 40 or 50 pubs. Although now only nine or so remain, many of the others have been converted into houses.

What are the Cinque Ports? 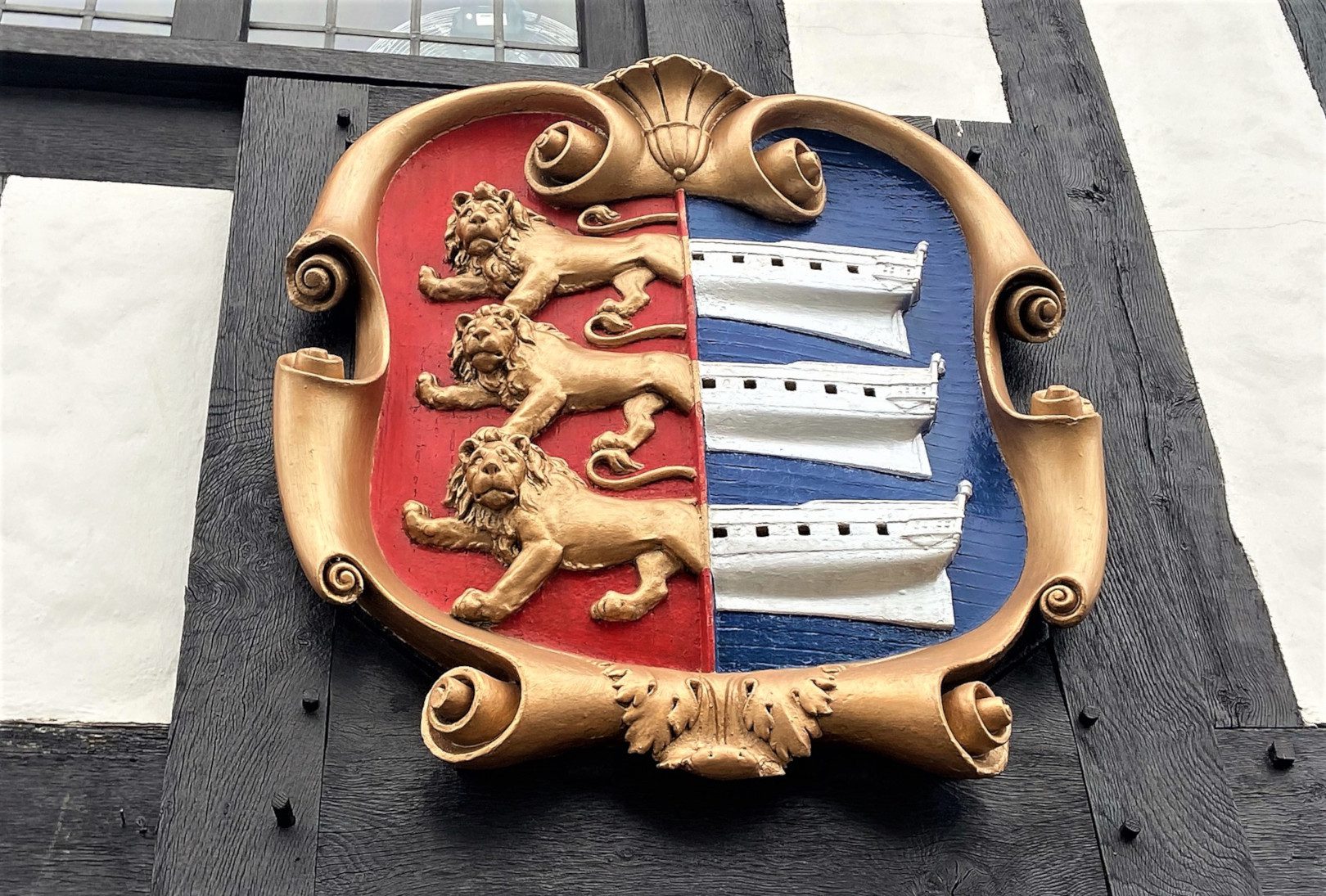 The Cinque Ports was a confederation of five harbours: Dover, Hastings, Hythe Romney and Sandwich, as well as the two Ancient Towns of Rye and Winchelsea, grouped together by Edward the Confessor to defend the realm. In effect they became England’s first navy as they supplied vessels and sailors in return for privileges from the Crown.

Charles II signed the last Royal Charter granting such privileges in 1668. These included the avoidance of paying customs duties and tolls, as well as the ability to hold their own courts – one of which can be seen in Sandwich’s Guildhall. Since the 12th century there has been a Lord Warden of the Cinque Ports (see below). For more information, click here.

No trip to the sea – or close to it – is complete without some fish and chips. Following local guidance from the locals at the nearby pub, I tried Ossie’s fish and chip bar next to the Guildhall. The haddock was as excellent as the chips – arguably the best I have tasted outside of Whitby.

This makes for a great combination with a trip to the cinema. Sandwich’s central Empire Cinema is a wonderful example of art deco architecture that illuminates the town at night. We were fortunate to be here while The Phantom of the Open was showing, a wonderful British film starring Mark Rylance which made for a great evening’s entertainment.

While Sandwich might be one of the Cinque Ports, Walmer Castle is where the Lord Warden has his official residence. Past wardens have included William Pitt the Younger, the Duke of Wellington, Winston Churchill and the Queen Mum.

The castle is one of three coastal forts built by Henry VIII between 1539-40 to defend Kent from French invasion. Paintings of the castle show it loaded to the brim with guns aimed across the Channel. Initially there were 70 embrasures for the guns, including 39 for heavy ones. Some guns dating back to the mid-19th century are still on display on the terrace overlooking Deal beach.

The castle is remarkably well-maintained – clearly the guns did their job. Athough the main draw is its excellent gardens, for once I was more drawn to the interior. One room remains as a homage to the Duke of Wellington who died here in 1852. The camp bed on which he slept and even the chair in which he died are the originals.

Across the corridor from that is Pitt’s bedroom and library, as well as the Pitt Print Room which contains some copies of satirical prints about the former prime minister, including one where he is seen guarding Walmer Castle. Another depicting a bucolic John Bull juxtaposed to malnourished French revolutionaries, aka Johnny Depp in Pirates of the Caribbean, were perhaps a portent of Brexit negotiations and propaganda.

Our final stop on our White Cliffs adventure, was to visit Samphire Hoe, sandwiched between the ports of Dover and Folkestone.

The area was reclaimed from the sea in the 19th century in order to construct the current railway line beneath the white cliffs. A mile long sea wall protects it. Coal was mined here until 1921, and an abortive attempt to tunnel under the Channel was made in the 1880s. However the area was given fresh life when the current Channel Tunnel was successfully built.

Nearly five million cubic metres of rock excavated during the excavation of the tunnel were deposited at Samphire Hoe from 1987.

The area was then landscaped and has now become a sanctuary for a wide array of birds and wild flowers. It is also a brilliant way of looking up at the White Cliffs while still on land

Easily accessible, you can walk around a two-kilometre tarmac path, avoiding the wildlife, or venture down to the beach stretching off towards Folkestone.

Samphire Hoe really is a wonderful example of what can be done with our industrial past. The success of the flourishing wildlife, just like the seals along the River Stour are great examples of how tourist attractions can help to regenerate for the future as well as preserve our industrial past. 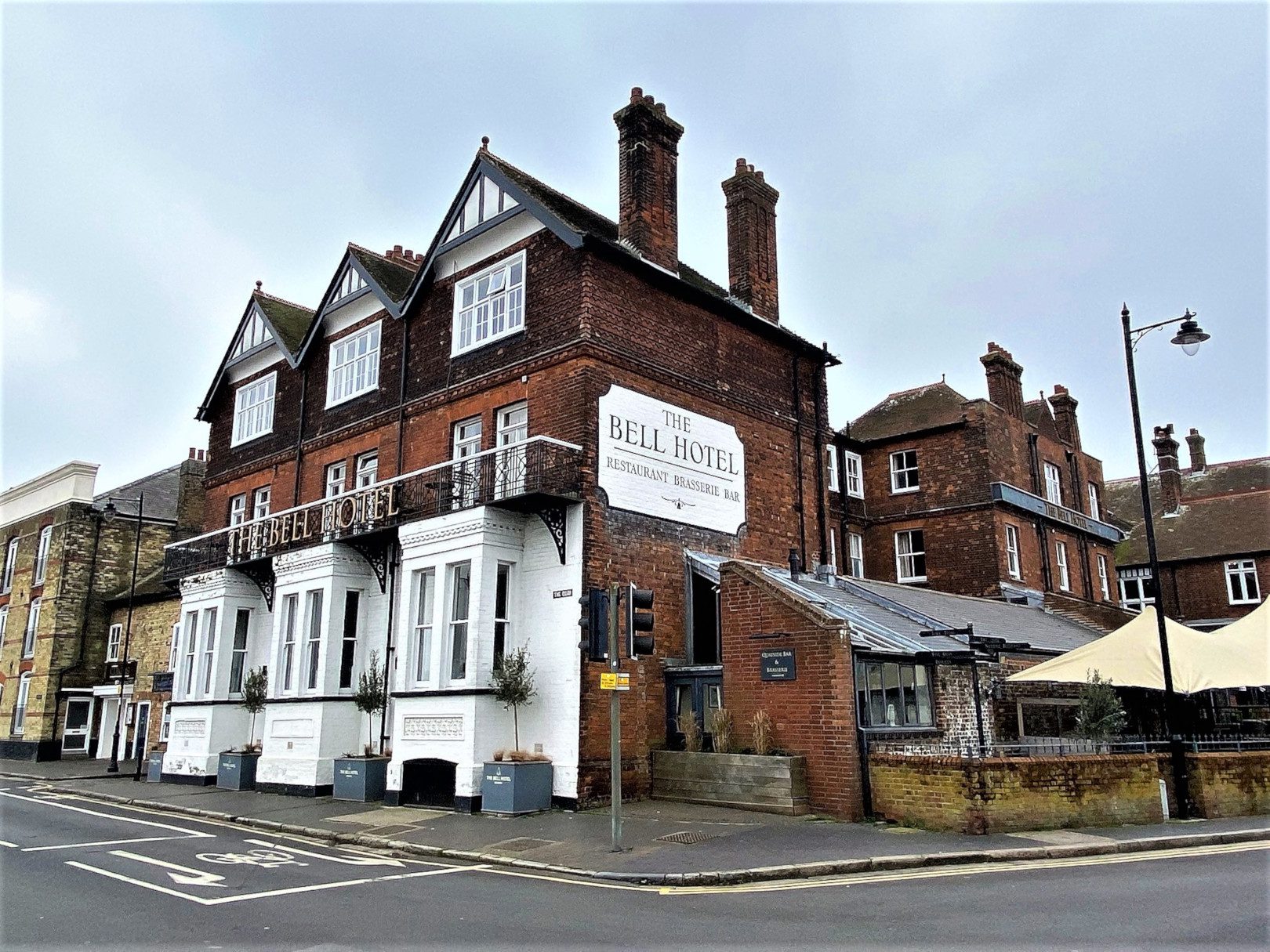 We stayed at The Bell Hotel, a beautiful and well-located hotel on The Quay that overlooks the River Stour. The staff were welcoming and the modern and comfortable rooms belied the age of the building. The magnificent staircase is worth the visit alone.

Things to Do in Sandwich and Beyond

For more information on what to do in Sandwich Kent and the surrounding countryside, visit the White Cliffs Country website.