Read Travel Begins at 40's round-up of the best festivals in August 2020, from the Moab Music Festival to the Feria de las Flores in Colombia. 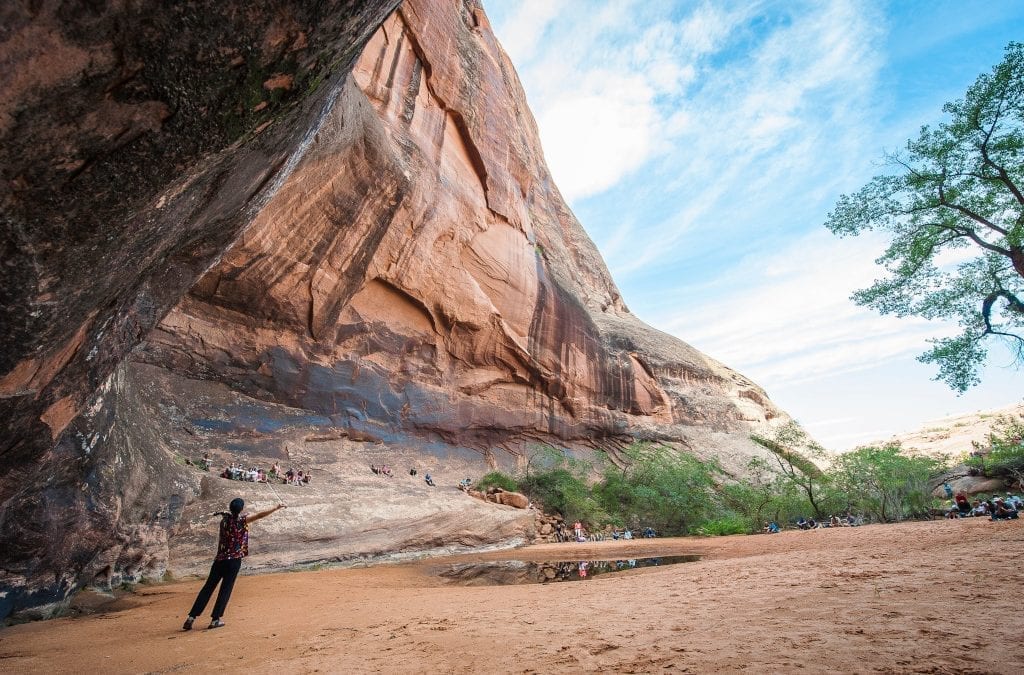 Festivals are starting to reappear in the global events calendar. Travel Begins at 40 has produced its own brief round-up of the best festivals in August around the world from Colombia to Nevada and Utah to Notting Hill.

Medellin in Colombia is transformed during its annual Feria de las Flores or Flower Festival. The main attraction is the Joaquín Antonio Uribe Botanical Garden that covers 14 hectares and has over 1,000 species. Within this is the Orchidiarium, with its large orchid and butterfly collection. The parade of the silleteros – a procession of large lightweight fan-like frames decorated in flowers – is arguably the most impressive part of the Feria de las Flores festival.

Forget the Edinburgh Fringe and Edinburgh International Festival, Fringe by the Sea returns to the East Lothian town of North Berwick in August for ten days of music, literature, film, comedy, film and conversation. For this year’s festival Happy Mondays and Texas will headline, while Milton Jones and Frankie Boyle will lead the laughs. Alexander McCall Smith, Val McDermid, Clive Anderson and Sir Ranulph Fiennes will also give talks.

The Waterperry Opera Festival once more comes to the gardens of Waterperry House in August. This year’s festival includes performances of Mozart’s The Marriage of Figaro, Svadba ‘A Wedding’ by Ana Sokolović, Mansfield Park and Prokofiev’s Peter and the Wolf.

Held in the beautiful Brecon Beacons National Park, Wales the four-day Green Man Festival is a must for the UK’s festival lovers. This year marks its 20th anniversary with electro-pioneers Kraftwerk, Michael Kiwanuka, Beach House, and Metronomy headlining.

The Moab Music Festival starts with a Westwater Musical raft trip, and concludes with the final Grotto Concert on 12 September, followed by a San Juan River Musical Raft Trip. A series of outdoor concerts will be performed in a range of venues around Moab, with the signature Grotto Concerts taking place in a pristine grotto 30 miles out of town down the Colorado River. You can also go on one of the music hikes.

Needing no introduction, but we will do so anyway, The Notting Hill Carnival returns after a two-year gap. Not only is its Europe’s largest free street festival but the greatest expression of the Caribbean community in London, made all the more poignant by the Windrush scandal. Expect processions, bands, plenty of noise, great food and above all else fun.

More Than a Festival

There is no festival quite like Burning Man, so much so that the organisers don’t even regard it as a festival. A city with a intriguing philosophy in the Black Rock Dessert. The event is focused on creativity and community-living. Different groups contribute the art, drama, exhibitions, spectacles or music events that bring everything to life. This is very alternative America.

If you are planning for further ahead please visit our Events and Festival page, which we will constantly update as and when information becomes available.