Hyatt House Manchester and Nearby Pubs

Mark Bibby Jackson casts aside all his prejudices to visit the city of Manchester and stay at the impressive Hyatt House Manchester. 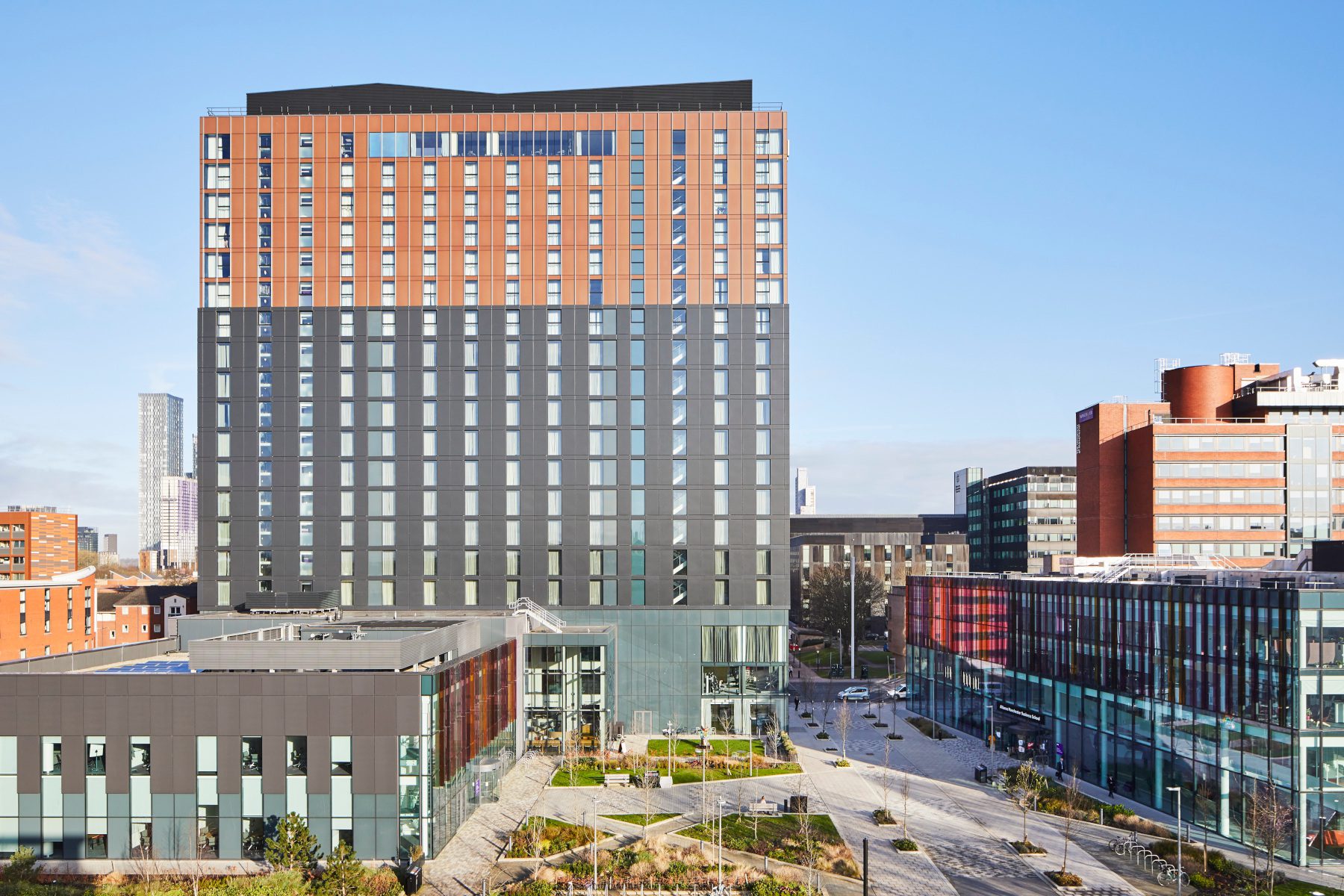 Hyatt House Manchester and Nearby Pubs

Mark Bibby Jackson casts aside all his prejudices to visit the city of Manchester and stay at the impressive Hyatt House Manchester.

Ever since I came to Manchester as a schoolkid for a conference on English Literature that seemed to revolve around Sylvia Plath’s obsession with suicide and her father – although not necessarily in that order – I have never liked the city. Perhaps it is the unrelenting rain that has greeted each of my visits as if I were trapped in a Finnegan’s Wake of gloom, but the city has never quite done it for me.

Invited to a Media Getaway (an excuse for travel journalists to imbibe free drinks while speed-dating travel destinations) organised by the Travel Connection Group, I decided to give the northern city declared by Time Out as the third best city in the World in 2021 – presumably after London and Liverpool – another try.

The first thing that struck me when I checked into the Hyatt House Manchester were the spectacular views from my 18th floor apartment. Now views and Manchester were words I never thought I would associate together, much like Boris and the truth, but I realised that once the previously omnipresent clouds had lifted Manchester affords stunning views – or at least the Hyatt House does.

My apartment was spacious with a generous bathroom, sumptuous bed and well-equipped kitchen. There are also laundry services on the floor below. This is the sort of place you could stay for a week rather than the two days destined for my visit.

On the first night we had a get-to-know-each-other session, sponsored by Discover Puerto Rico, in the 18th-floor event space conveniently located next to my room, which offered panoramic views across to the Peak District.

The reception for the Hyatt House is shared with the Hyatt Regency, as are the adjoining Graduate Bar, named after the alumni from Manchester University rather than Dustin Hoffman, and The Laureate Restaurant.

Meeting a colleague at the former that evening I was struck by the distinctive artwork in the bar which echoed Manchester’s cotton and music tradition. The bar made for a very welcome place to meet and greet friends and colleagues – some of whom I had only met virtually such has been the Covid reality.

Artwork is a strong and attractive feature of the hotel. Outside in the small garden courtyard is Beejing, a statue created by Jessica Perrin, demonstrating a harmony between Mancunian and Chinese cultures. Bees are a symbol associated with the city of Manchester, something that has become strengthened in the city’s response to the 2017 Manchester Arena terrorist attack. You can find bee statues and images across the city.

Both breakfast and lunch the following day were served in the Laureate Restaurant, where we settled into the comfortable leather banquettes and watched the rain inevitably appear through the floor-to-ceiling windows. Lunch was hosted by Visit Israel and featured the most amazing Mediterranean cuisine, with hummus, tabbouleh and aubergines to the fore – although to my naïve politically insensitive taste buds I could not tell the difference between Israeli and Lebanese cuisine, reminding me of my favourite Brüno sketch – “isn’t pitta bread the real enemy”.

Needless to say after a tiring evening discussing destination marketing plans with all and sundry we were driven to drink. Or rather we walked to a few local boozers such is the advantage of the location of the Hyatt House.

Judging by our brief reconnaissance mission the pubs in Manchester are well worth a visit or three. On the first night we ventured to The Footage, a pub set in an old cinema which sadly lacked atmosphere albeit on a Monday night, given the beauty of the building. This we followed by a walk along Oxford Road to Big Hands. A real find, both music from the DJ and beer flowed freely as I recalled what Uni life was probably never really like back in the day. The welcoming staff popped us in the right direction for the following night’s farewell drink after a reception at the spacious Escape to Freight Island.

As Manchester pubs go The Temple is a toilet – literally, or at any rate it used to be. Built in the 1890s as a public toilet, the property was turned into The Temple (of Convenience) in 1996. A wonderful pub, The Temple has a great atmosphere and – remarkable considering its origins – a quite intimate setting. A great end to my two days in Manchester I’ll definitely be heading back here on my next trip.

Where is the Hyatt House Manchester?

Both Hyatt House and Hyatt Regency are located in the buzzing Innovation District in the Oxford Road Corridor.

Although there is no parking at the Hyatt House Manchester, there is a car park next door.

Things To Do in Manchester

For more inspiration on what to do in Manchester click here.